Without getting out our tape measure, the Vauxhall Mokka feels just as spacious as the closely-related Peugeot 2008. There’s plenty of head and leg room, and the interior is wide enough to ensure you don’t knock elbows with your passenger.

There’s also plenty of storage space up front, including a generously sized glovebox and a couple of reasonably sized door bins. There’s also a surprisingly large storage tray at the bottom of the dash that’s big enough to take a hefty wallet or a large smartphone. As mentioned earlier, that's where you’ll find the wireless charging pad on Ultimate Nav models.

With its high window line, you do feel a little hemmed in sitting in the back of the Vauxhall Mokka. Unless you’re well over six feet tall, you'll have plenty of leg and head room, but the middle seat is quite narrow and slightly raised, so this isn’t the best small SUV for carrying three passengers in the back.

Storage cubbies include a couple of small door bins and map pockets on the back of the seats (from SRi/Elite Nav trim and above) but there is no option of a rear centre armrest. If rear space is your priority, we'd point you towards the far more spacious Skoda Kamiq.

As with the majority of cars in the small SUV class, the Vauxhall Mokka’s rear bench splits and folds in a traditional 60/40 configuration, which is perfectly acceptable.

However, if you want a car with more carrying flexibility, there are better options out there, such as the Mini Countryman with its rear bench that folds in a more practical 40/20/40 split, the Volkswagen T-Roc with its standard-fit ski hatch, and the smaller Volkswagen T-Cross, which has a sliding rear bench.

Front passenger seat height adjustment is standard from SRI/Elite Nav upwards, but there's no option of adjustable lumbar support for the passenger on any of the trims. 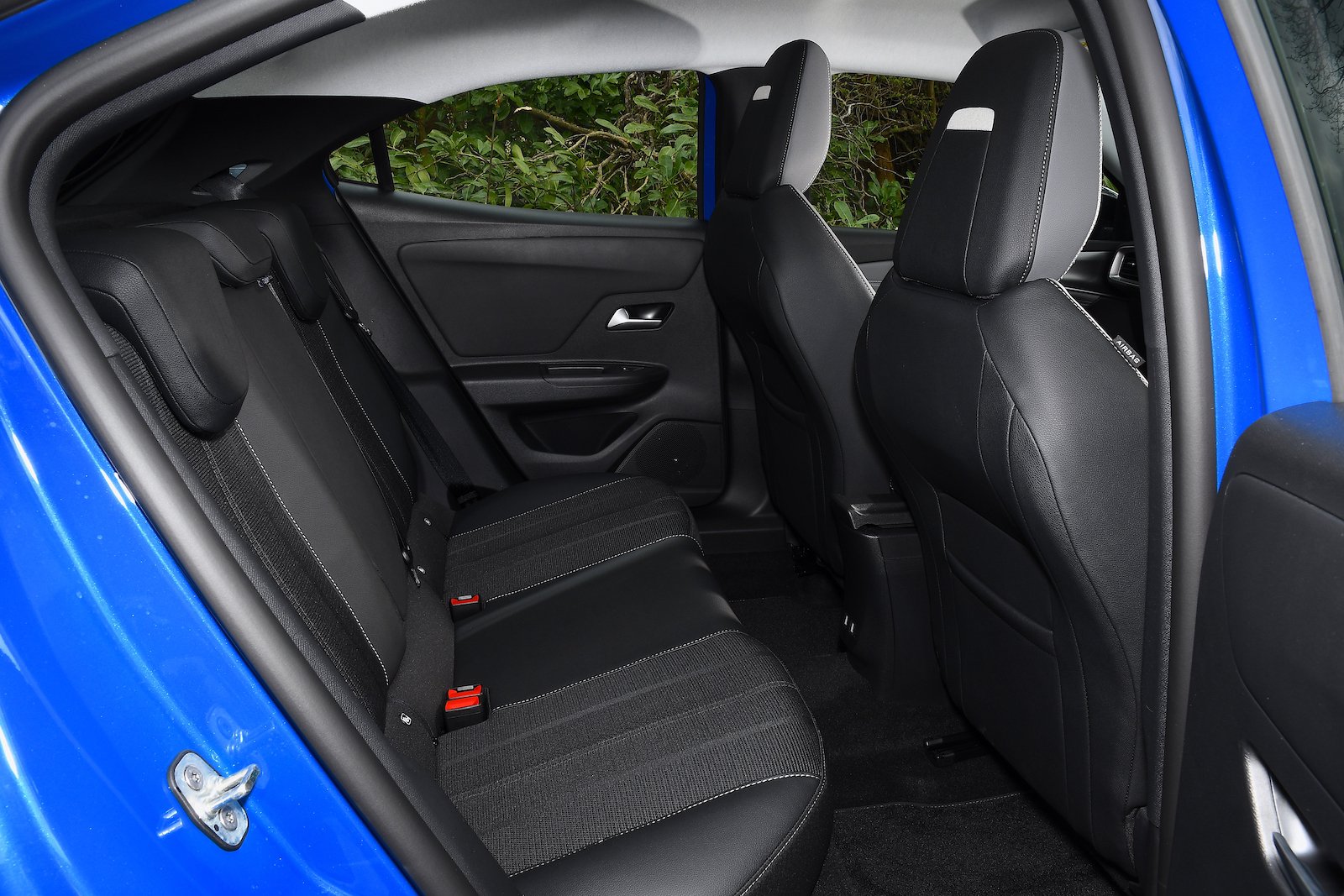 Boot space in the Vauxhall Mokka is pretty unremarkable by class standards. There’s enough for a weekly shop or a short family holiday, but rivals such as the Ford Puma, Renault Captur, Seat Arona and especially the Skoda Kamiq offer more space. However, you can at least drop the rear seats if you need to move larger items.

It’s also rather handy that all models come with a height-adjustable boot floor. It allows you to separate the boot into two compartments, which is handy if you want to stop loose or particularly fragile items from rolling around in the boot. At its highest setting, it leaves only a small lip at the boot entrance.