The XC60’s engine line-up can seem a little confusing, so let's explain it. Engines with a 'B' at the beginning use mild-hybrid technology, while a ‘D’ or 'P' at the end tells you if you need to put petrol or diesel in the fuel tank. Meanwhile, versions with a 'T' at the start are the full plug-in hybrids.

Our pick is the 194bhp B4 diesel. It's available with front- or four-wheel drive, and, while it won’t exactly squash you back in your seat with its acceleration (0-62mph in 8.3sec), it has more than enough mid-rev oomph for easygoing pace. Acceleration is roughly on a par with the Audi Q5 40 TDI and stronger than in the Land Rover Discovery Sport D200. There's also a 232bhp B5 diesel, which is quicker but not necessary unless you think you'll need the extra shove.

As far as petrol power is concerned, the cheapest option is the 247bhp B5. It too is available with front- or four-wheel drive and can sprint to 62mph in around seven seconds, so it's plenty brisk enough. The 296bhp B6 petrol is faster still, although the T6 plug-in hybrid is even quicker (0-62mph takes 5.9sec), while the range-topping T8 plug-in hybrid, with nearly 400bhp, is properly rapid. The plug-in hybrids have an official electric range of between 28 and 33 miles, which will probably be more like 20 miles in the real world – the BMW X3 xDrive 30e will officially travel 31 miles.

The standard suspension fitted to most trim levels does a good job of dealing with speed bumps and any road imperfection with a smooth edge. However, expansion joints and ragged potholes tend to send a nasty jolt through the car, a problem that's exacerbated with the larger alloy wheel options. R-Design trim has lowered suspension that's slightly firmer, but the difference isn't huge.

There's also the option of air suspension (standard on Pro versions). This gives a generally composed and well-controlled ride, although an Audi Q5 Vorsprung on air suspension is still by far the best-riding car in the large SUV class. Set the XC60's air suspension to Comfort mode and it wafts over soft-edged peaks and troughs at high speeds, making it particularly adept for long stints on motorways.

The Polestar Engineered variant comes with fancy race-inspired Ohlins suspension, but its ride is far too firm and fidgety, even on smoothly surfaced roads. 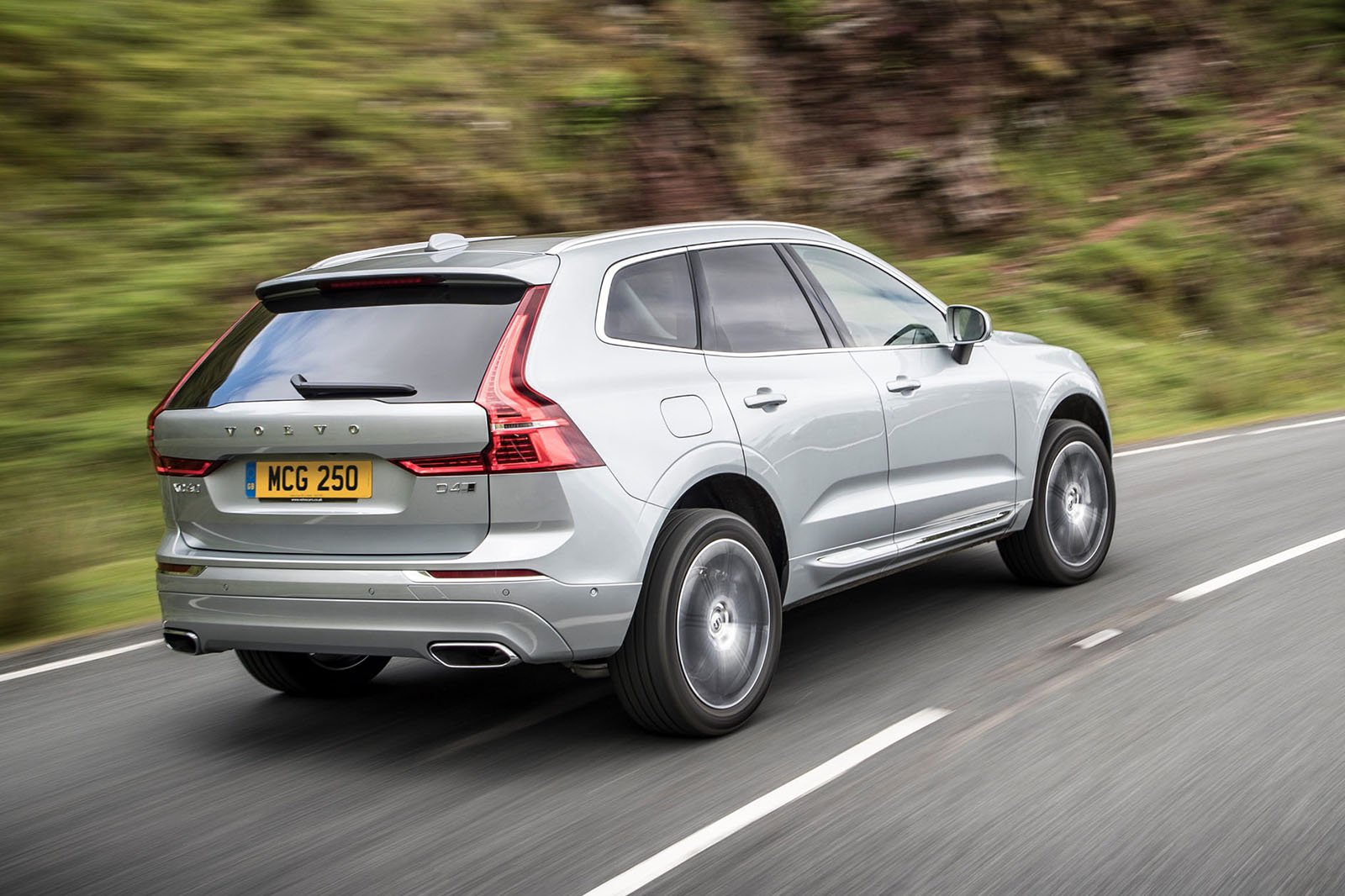 If you just want a competent-handling SUV that's easy to drive in town, you'll find the XC60 perfectly fit for purpose. However, you’ll only need to go round a couple of faster corners before you realise that it's no driver's car. It pitches and wallows in a manner not unlike the Land Rover Discovery Sport when pushed hard and its steering doesn't key you into the road like some of the sportier SUVs in this class, such as the BMW X3 and Jaguar F-Pace.

The plug-in hybrid versions (T6 and T8) are even more sluggish to change direction, due to the added weight of their batteries, and going for the sportier R-Design trim doesn't turn the XC60 (no matter which engine you opt for) into anything noticeably more agile, either. The rock-hard suspension of Polestar Engineered versions certainly reduces body lean and helps the XC60 grip the road well, but the steering still frustrates so you won't be having any fun.

If you live up a slippery lane, the four-wheel drive models will provide you with the traction you need. However, if you want proper better off-roading ability, look to the Discovery Sport instead.

The B4 diesel emits a background rumble at tickover that seems out of place in a premium-badged SUV. The noise gets louder when you accelerate and is accompanied by some vibration, which, while not terrible, would raise the eyebrow of an owner of an Audi Q5 or BMW X3.

Naturally, the petrol engines are smoother if you prod the accelerator hard but you'll still hear them spinning away as the revs rise. They settle to a barely perceptible thrum when you’re cruising, though. Of course, the T6 and T8 models can run almost silently on electricity alone for about 20 miles (in the real world), provided their batteries are fully charged.

You’ll notice a slight boom from the XC60's suspension when you encounter a pothole. There's also a bit of road noise on the motorway, when you'll also hear a flurry of wind noise from around the door mirrors — again, it's not terrible, but the Audi Q5 is a more peaceful long-distance machine. The brakes on all versions, even the plug-in hybrids, are pretty easy to use smoothly.