The A3 Sportback carries a slight price premium over equivalent versions of the BMW 1 Series, but it's a little cheaper than the Mercedes A-Class. If you're a cash buyer, though, it should hold on to a much higher percentage of its list price after three years, which means its PCP finance deals are much more competitive.

Likewise, the engines offer official economy and CO2 emissions in line with what you get from those rivals, with the diesels, unsurprisingly, the most efficient. However, the diesels aren’t RDE2 compliant (yet), meaning company car users pay a 4% benefit-in-kind tax surcharge. So think about the 35 TFSI petrol as an alternative, because, with a manual gearbox, it managed a respectable average of 42.5mpg in our real-world test – a lot better than the BMW 118i.

Company car users will find the 40 TFSIe far more tempting; its 40 mile electric range and 25g/km CO2 rating put it in a low 6% tax bracket. Be warned, though, opting for S Line on 18in wheels moves it into the 10% bracket, although 17in rims are a no-cost option.

Go up to Sport and you get dual-zone climate control, a leather interior and 17in wheels. S line brings 18in alloys, sporty styling touches and front sports seats, while Vorsprung has every option ticked, but it is expensive. 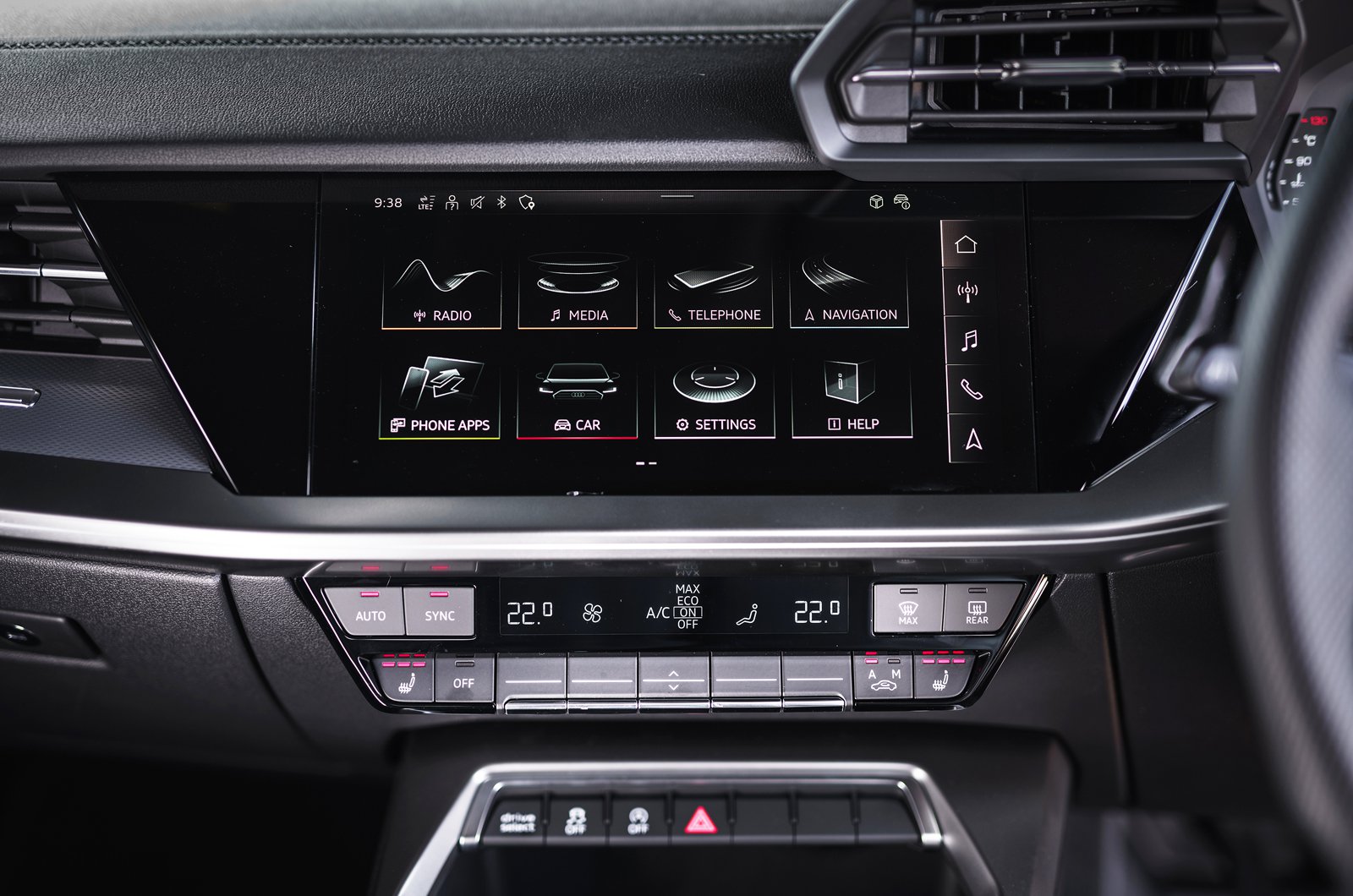 The A3 comes with a three-year/60,000-mile warranty and three years’ roadside assistance – basically on a par with the industry norm. And you can pay a little extra to extend your A3's cover for up to five years or 90,000 miles.

We’d be tempted to do so, because Audi doesn’t have a brilliant record when it comes to reliability; it finished 22th out of 31 brands in the 2020 What Car? Reliability Survey. That is way below BMW (and a lot of non-premium brands, such as Ford, Mazda and Skoda) but still above Mercedes.

The A3 hasn’t been independently tested by safety experts Euro NCAP yet, but the Volkswagen Golf, which is very similar underneath, achieved the full five-star verdict. We'll update you with the NCAP rating when it becomes available, but our sources say it's expected to be good, if not quite as good as the A-Class.

Good to drive, but let down by a fiddly dashboard and below-pa...