The Audi A3 Sportback provides a great driving position, with a standard front armrest and loads of steering wheel and seat adjustment. The only quibble is that, unless you go for the range-topping Vorsprung trim, four-way powered lumbar adjustment is an option. We'd recommend adding it because it can really make a difference on long journeys and it's not drastically expensive.

All of the controls and screens you use frequently are clear and within easy reach, helped by the central section of the dashboard that's angled towards the driver. Unlike the Volkswagen Golf, the A3 has simple physical switches to operate the climate controls, which helps greatly with ease of use.

Bright LED headlights come as standard, but on Vorsprung trim these are upgraded to matrix LEDs, which can adapt the main beams so they can remain on in traffic without dazzling other drivers. 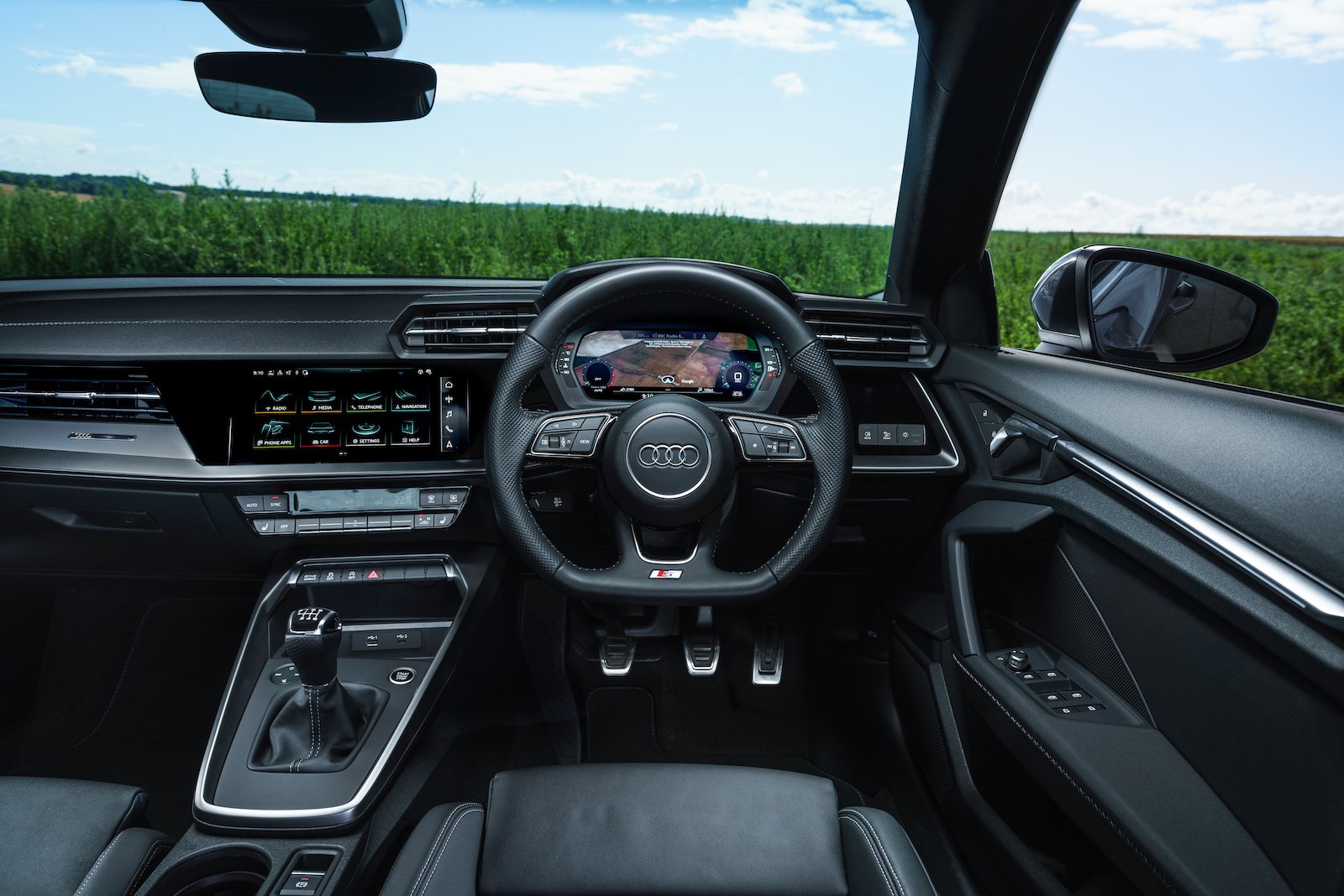 There’s a large, 10.1in-touchscreen infotainment system, but this is more distracting to use on the move than the setups in the BMW 1 Series and Mercedes A-Class.

That’s because there are no physical controls. Instead of being able to keep most of your attention on the road while you scroll down a list and make selections using the rotary controller in the 1 Series (or the touchpad in the A-Class), in the A3 you have to look directly at the touchscreen to find and hit the icon you need.

On the plus side, the screen is sharp with good graphics and the menus respond quickly. It's also packed with features, including Apple CarPlay and Android Auto smartphone integration plus in-built navigation. The standard stereo has six speakers but the Vorsprung trim adds a 15-speaker, 680-watt Bang & Olufsen surround-sound stereo and wireless phone charging.