If it wasn't for the copper-coloured Cupra emblem in the middle of the Cupra Ateca’s steering wheel, you could also almost be driving a regular Seat Ateca.

In many ways, that’s no bad thing; the driving position is excellent, the standard digital instrument dials are clear, the dashboard is user-friendly and visibility is reasonably good in all directions, and is boosted by standard-fit front and rear parking sensors and a 360deg bird’s-eye-view camera.

The optional bucket seats deserve a special mention because they hold you in place really well through tight twists and turns while still proving comfortable on longer jaunts.

However, some might wish for a little more colour and visual stimulation inside, and the quality of the interior, while perfectly acceptable in a £25,000 family SUV, is a little underwhelming when you factor in this performance variant's significantly higher asking price. In fact, when you compare it to the Cupra Formentor, it feels a little dated. That car’s interior not only features a more eclectic mix of materials, but it also closely resembles the dramatic-looking Lamborghini Urus’s cabin. And while you can argue that the Formentor still doesn’t feel quite as premium as the BMW X2 M35i, it’s nowhere near as expensive.

Like the posher versions of the standard Seat Ateca, and as we mentioned earlier, the Cupra Ateca gained an upgraded 9.2in infotainment system as part of its 2021 update. The new system features sat-nav, online traffic information, voice control and a wireless phone charger as standard, but like so many new touchscreen-based systems, its small on-screen icons can be hard to use on the move. At least there are some touch-sensitive shortcuts on the side of the screen to help, but we still prefer the X2 M35i’s iDrive system with its brilliantly intuitive software and rotary controller.

However, you can bypass Seat’s system entirely by using the car’s Apple CarPlay or Android Auto smartphone mirroring instead. The former can even be done wirelessly and works brilliantly. 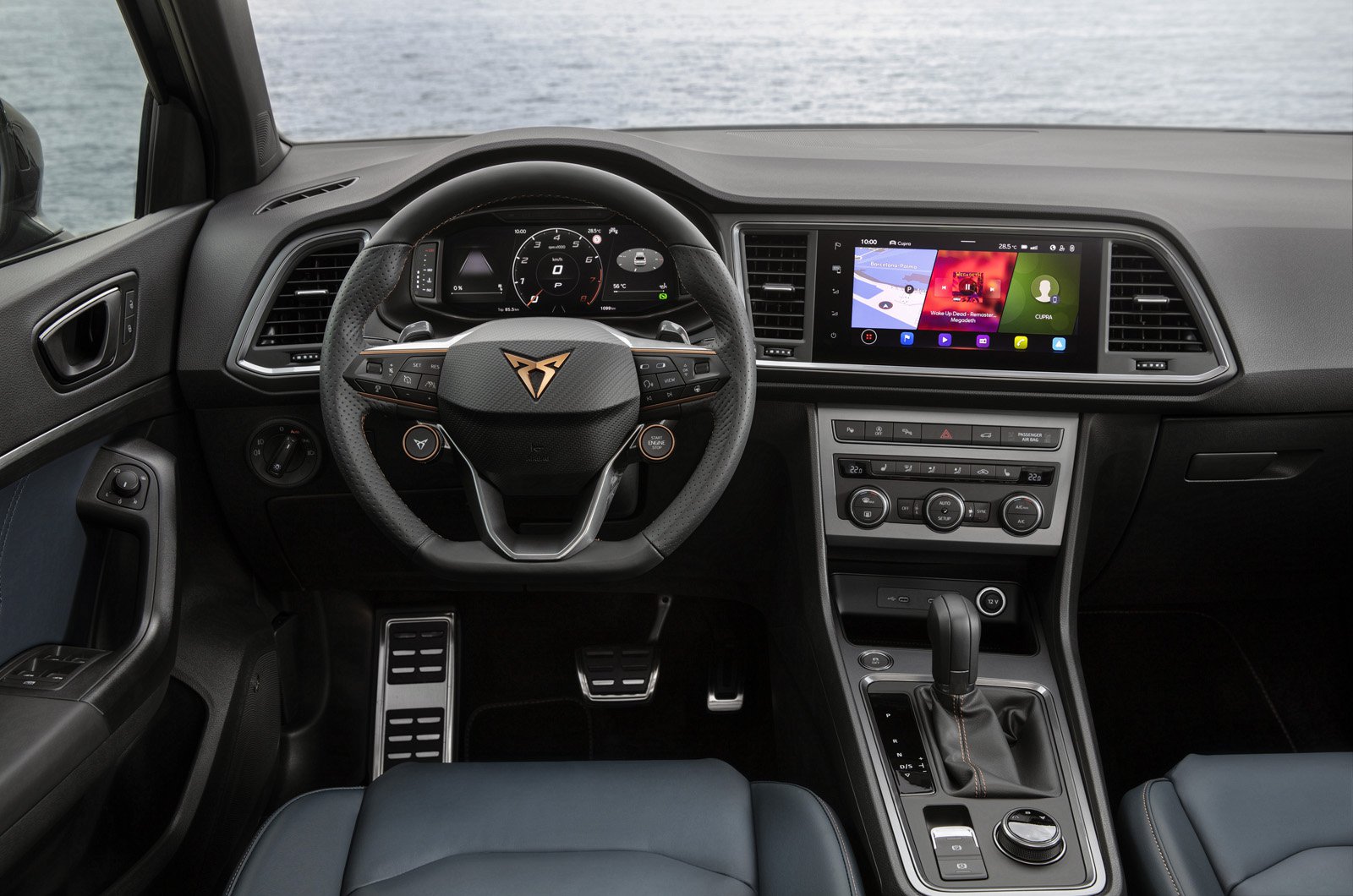 Bombastic performance and impressive point to point pace, but...