The Cupra Ateca’s 2.0-litre turbo engine is essentially the same as you’ll find in Volkswagen's flagship VW Golf R hot hatch, so there’s more than enough firepower to get your blood pumping. In our tests, it slingshot the Ateca from 0-60mph in just 4.7sec, while the top speed is 153mph – numbers which are comparable to the BMW X2 M35i, VW T-Roc R and Cupra Formentor.

It’s just a pity the Cupra Ateca doesn’t sound a bit more exciting; there’s no grin-inducting engine roar when you put your foot down, nor is there much in the way of popping or crackling from the new, larger quad-exit exhaust system. Buyers also get some copper-coloured exterior highlights,. If you’re after a spine-tingling soundtrack you’d be far better off with the T-Roc R or Tiguan R, as both are available with an optional Akrapovic sports exhaust system.

So long as you choose the more comfortable of the two suspension settings, the Cupra Ateca is surprisingly supple for a sports SUV; you never find yourself cursing expansion joints or avoiding roads you know to be littered with potholes. It’s noticeably smoother than the jittery BMW X2 M35i and doesn’t feel much firmer than a regular Seat Ateca on big wheels. That said, the Cupra Formentor is even plusher, remaining pliant and well-damped even when you’re in its most extreme Cupra mode.

There’s some road noise when you get up to motorway speeds, but no more than in the more sedate Seat Ateca. Meanwhile, the engine’s muted nature means you barely hear a peep from it at a steady cruise – in our tests it clearly generated less road noise than the T-Roc R. 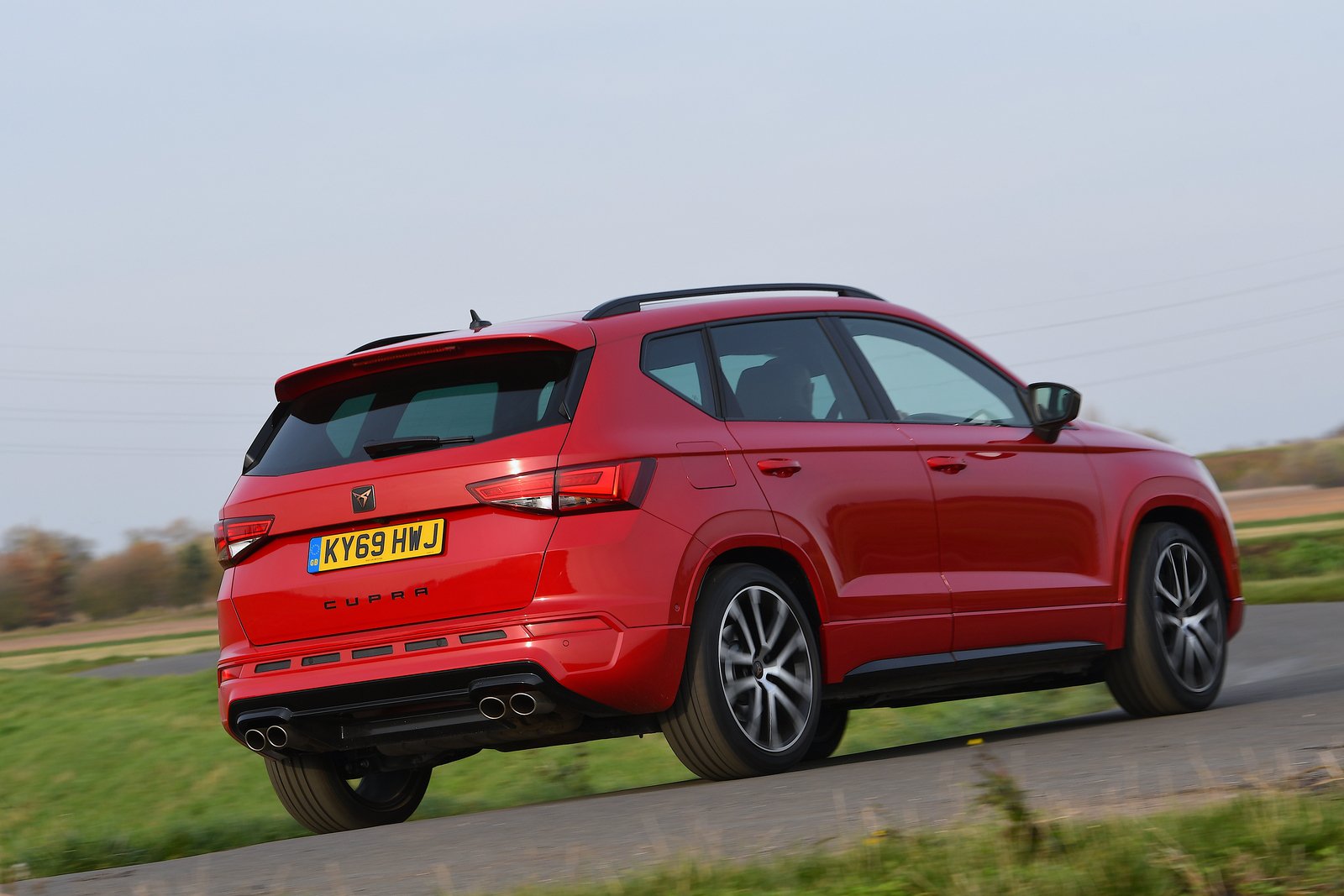