The standard Puma seats, fitted to Titanium models, could do with a bit more side support but are otherwise comfy. All ST-Line models have thicker side bolsters that cradle you in the corners that bit better and adjustable lumbar support to help prevent back pain on long journeys.

All Pumas have seat-height adjustment and plenty of movement to get the steering wheel just where you need it, no matter what your shape or size. Some people might find the gear lever is set a little low down, though.

You can also pay extra for LED headlights if going for ST-Line X trim (they come as standard on the range-topping ST-Line Vignale), which at night project more intense beams further down the road than the standard halogen bulbs. The rival Kamiq comes with LED headlights as standard across the range. 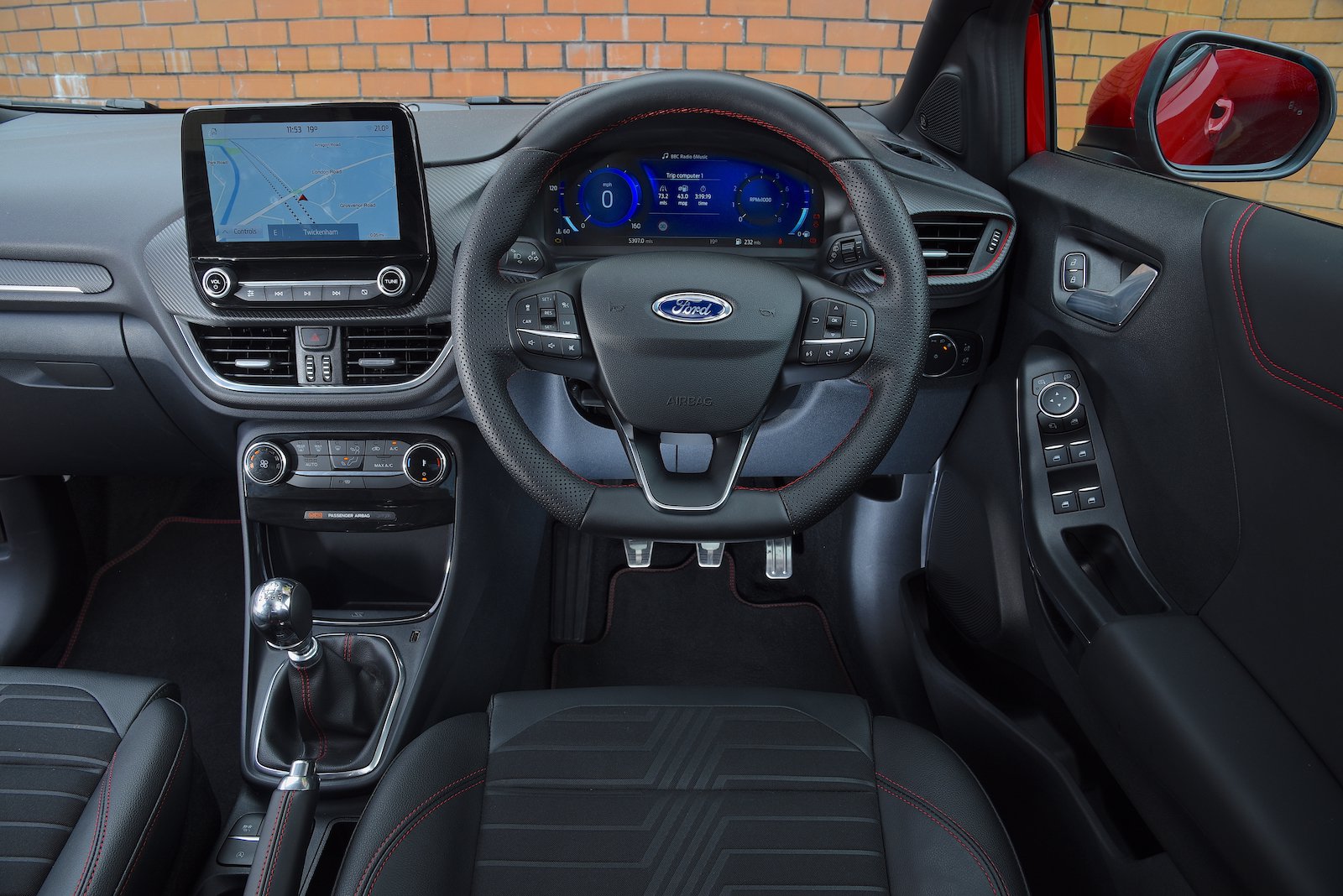 All Pumas come with an 8.0in touchscreen infotainment system, with DAB radio, Bluetooth, built-in sat-nav, and Apple CarPlay and Android Auto smartphone mirroring (so you can use your phone apps on the screen). ST-Line X and ST-Line Vignale models add wireless phone-charging, and it's available as an option on the cheaper trims.

The operating system isn’t as user-friendly as the equivalent in the Kamiq or T-Roc, and the touchscreen sometimes takes a while to respond after you’ve pressed it. All things considered, though, it’s better than the system in the Nissan Juke and far better than the one in the Peugeot 2008.