You don't need to worry about choosing an engine for the Honda Jazz because there’s only one: a 1.5-litre petrol-electric hybrid. With a total of 108bhp, it allows it to accelerate quicker than our favourite Volkswagen Polo, the 1.0 TSI 95, getting from 0-60mph in a respectable 8.6sec in our tests.

Because it's a regular hybrid, there’s no need to plug in and charge up, but you can’t go very far at all on pure electric power alone. However, in its default Hybrid mode the Jazz does a good job of working out when is best to deploy the electric motor and when to fire up the petrol engine. This generally means more electric motoring in urban environments (especially if you drive with a light right foot) and a combination of both power sources on faster roads.

Overall, the Honda Jazz is one of the more comfortable cars in the small class, and wafts along particularly smoothly on the motorway. It isn't perfect, though. If you hit a pothole or an expansion joint, there’s a bigger bang, followed by more of a shudder through the body of the car than you'd experience in a Peugeot 208 or Volkswagen Polo.

The jacked-up Crosstar version sits 30mm higher from the road, and the extra suspension travel helps it deal with potholes that bit better. However, its taller stance creates more side-to-side sway and fidget on faster roads. 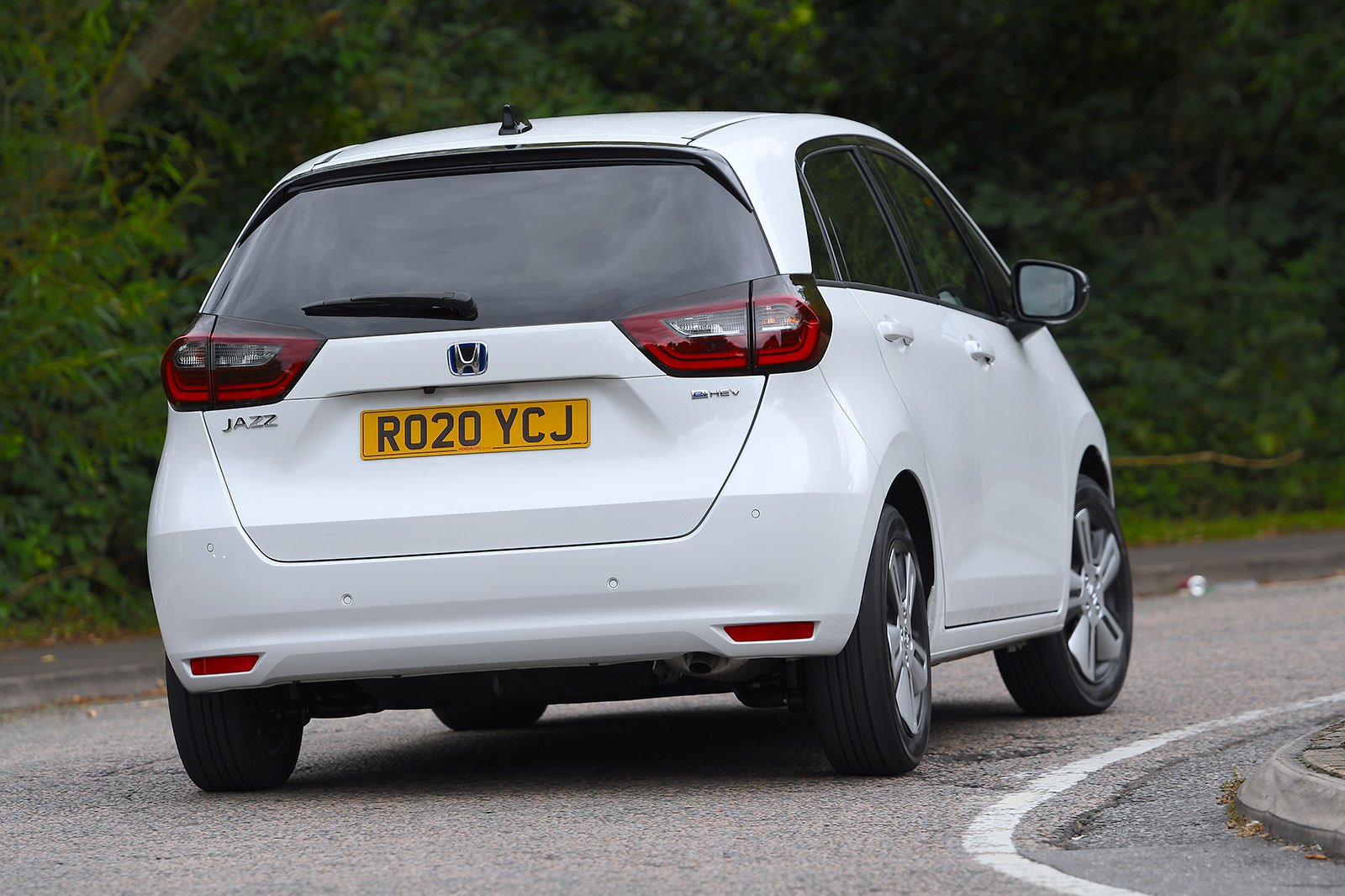 The Honda Jazz isn’t especially fun to drive (it’s not in the same league as the Ford Fiesta or Seat Ibiza), but it’s safe and predictable, and perfectly pleasant to steer around at moderate speeds.

There isn't a huge amount of grip and, with a body that's unusually tall for a small car, the Jazz leans more than many rivals through corners – but never in an alarming way. That said, the off-road-inspired Crosstar is worse, with softer suspension and a higher stance that make it less willing to execute quick direction changes.

If you spend most of your time in town and drive with a delicate right foot, you’ll find the Honda Jazz is remarkably hushed. That’s because the electric motors have enough grunt to power it along without the assistance of the petrol engine in start-stop traffic, making progress virtually silent. Even when the engine does cut in, it's quiet enough at low revs not to disturb the peace.

Unfortunately, on faster roads, particularly those with inclines, the Jazz’s CVT automatic gearbox raises the engine revs and holds them there until you reach cruising speed and back off. Sometimes it sounds like you're stuck in first gear so isn't a particularly relaxing experience, especially since the Jazz’s 1.5-litre petrol engine is rather coarse at high revs and sends some vibration through the controls.

There’s a bit of wind noise from around the door mirrors, too, and tyre and suspension noise aren't as well suppressed as they might be. However, the regenerative brakes (all hybrids and electric cars have these) are well judged, allowing you to draw to a halt gently without doing an impression of a learner driver.