With its boxy, MPV-like shape, the Honda Jazz is the most spacious choice in the small car category. Even six-footers will have no trouble getting comfortable in the front, thanks to a huge amount of head room and surprisingly generous shoulder room. Unless you're really long in the leg, you'll also find that the seats slide back far enough.

Each front door has a pocket big enough to accept a 250ml bottle of water, and there's a cupholder just behind the gear selector, with a second and third positioned on the outer reaches of the dashboard.

Both front seatbacks come with a map pocket and a separate pocket for your mobile phone, and each door has a small but useful bin large enough for a 250ml bottle. 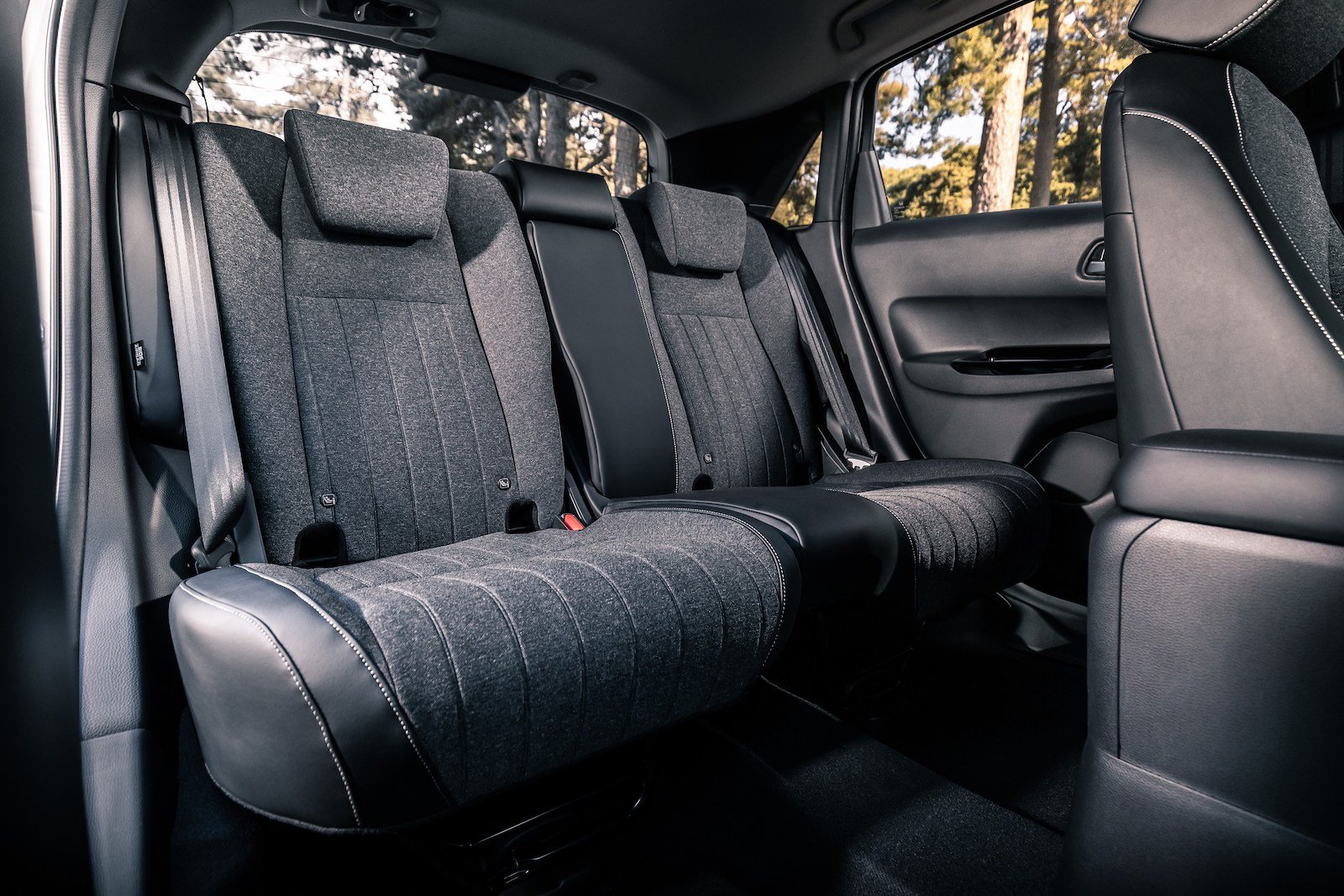 As in most small cars, the rear seatbacks split and fold in a 60/40 configuration, but what makes the Jazz’s back seats unique is that you can also flip up the seat bases like those in a cinema. Doing so creates a huge amount of vertical space for tall items – that plant you’ve just bought from the garden centre, for example. It’s a brilliant feature.

If you need to fold down the rear seats to increase boot capacity, the Jazz’s more sophisticated folding mechanism allows them to lie flat because the base drops down into the footwell. Many rivals have a simpler mechanism that only flops the seat back on to the seat base, leaving you with an inconvenient incline that makes it harder to load longer items.