There’s very little wrong with the essentials, because the seat, pedals and steering wheel line up nicely, and there’s plenty of space for your left foot next to the clutch on manual models. The steering wheel also has enough reach and height extension to cater for most people, and the driver’s seat bolsters stop you spilling over your passenger around tight bends.

There are a couple of issues: there's no lumbar adjustment, even as an option, although to be fair the lower back support is pretty good anyway; the backrest angle is adjusted using a lever that has a set number of positions, rather then the finite control that a wheel adjuster offers; and the seatbelt clasp is quite short, so it’s a bit of a pain clicking the buckle up.

The digital instruments are clear, but, unlike the Seat Ibiza or Volkswagen Polo, they don’t have the option to display a navigation map. The rest of the controls, including the climate controls, are dead easy to adjust because they’re simple, physical buttons.

It’s easy to see out of the i20, with relatively thin pillars at the front and the little quarter windows, set into the rear pillars, help to spot what’s attempting to hide at the rear. 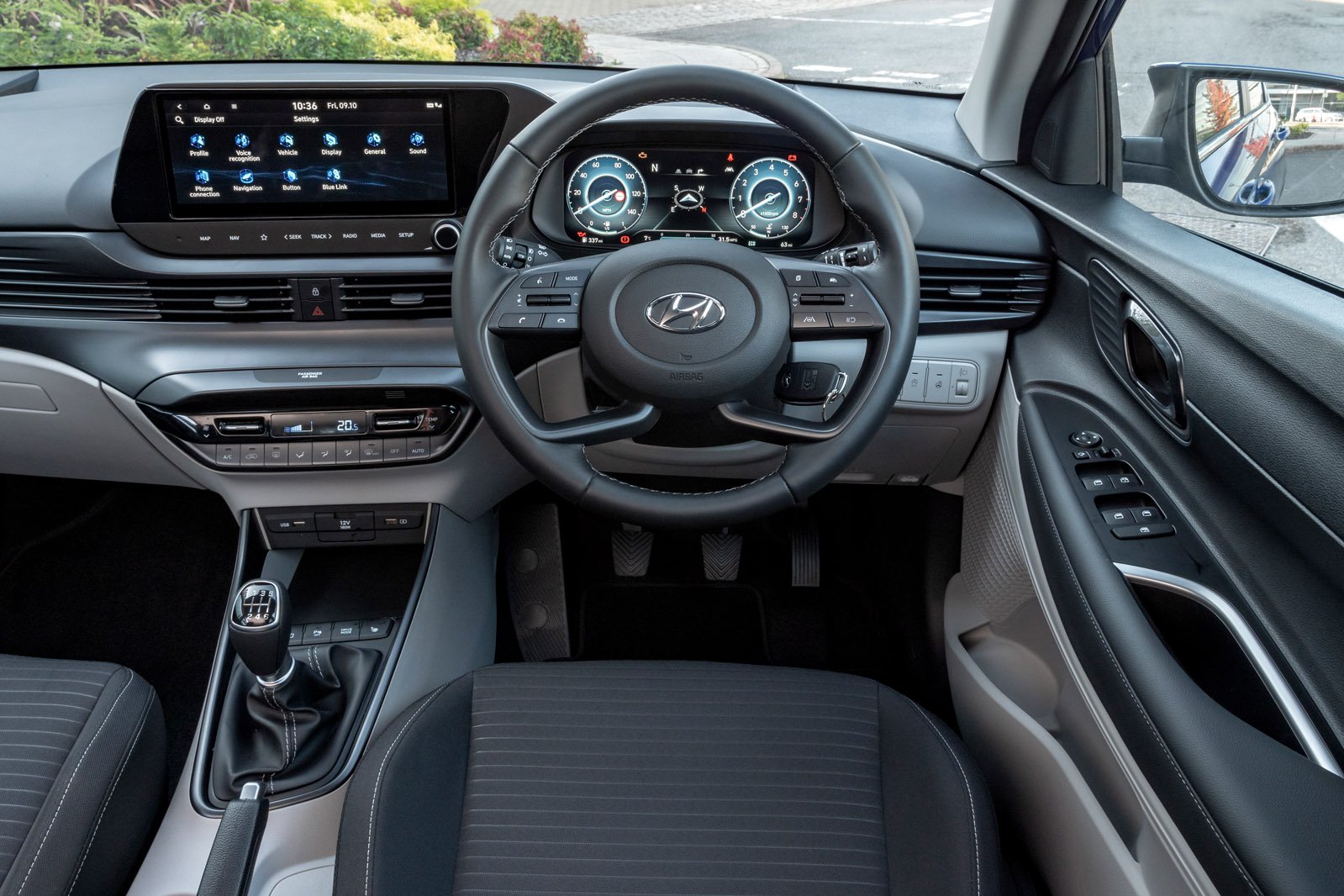 Entry-level SE Connect comes with an 8.0in touchscreen, a DAB radio and  Bluetooth, as well as Apple CarPlay and Android Auto functionality.

So far, we’ve only tried the upgraded system that comes as standard from Premium trim and up, and it's very good. It has a 10.3in touchscreen – one of the largest in the class – plus in-built sat-nav. The screen is sharp and the graphics look smart, and you get a row of shortcut buttons to hop between menus – albeit touch-sensitive ones, rather than physical buttons – that are placed prominently so you can reach them easily. There’s a slight delay swapping between the main menus, after which the software seems more responsive and it’s easy to find what you want after a bit of practice.

The standard stereo has six speakers, but top-spec Ultimate trim adds a Bose system with a subwoofer, as well as wireless phone charging.

The i20 feels generally solidly made but isn’t as plush as the Mini 5dr or Peugeot 208, which have easily the most deluxe interiors in the class. There are no soft-touch materials in the i20, other than its seats and door armrests, which is the same deal as the Ibiza and Skoda Fabia.

But, thanks to some nicely textured plastics, the 1950s-style slatted design on the dashboard and doors, plus the softly damped switches and two-tone interior on the upper trims, the i20 pulls off a more premium feel than those two.