This section is as simple as it gets because there’s only one engine. It’s called the 1.0 T-GDi 48v Hybrid, and it’s a 99bhp 1.0-litre three-cylinder turbocharged petrol with mild hybrid tech. That means there’s a very small electric motor and battery, which adds a little electrical ‘kick’ to the engine as you drive around.

All you’ll be aware of is that it pulls from about 1800rpm, feels hearty in the mid range, and, while it doesn’t feel hugely energetic in the final furlongs of the rev counter, it finishes the 0-62mph sprint in 10.4sec (11.4sec for the seven-speed auto 'box).

Or in other words, there’s plenty of poke for town or country driving. It certainly doesn’t feel lacking next to a Ford Fiesta 1.0 Ecoboost 95 or Seat Ibiza 1.0 TSI 95, but you can, of course, opt for more powerful engines in those rivals should you wish.

The i20 isn’t a soft and forgiving car, but it is well controlled. Even if you find yourself on a fast country road that’s endured varying degrees of subsidence, you won’t be bucked about like you would in something springier, like, for example, a Citroën C3.

Because it’s on the firm side, though, you'll feel most bumps as they pass beneath the car. It’s not horrendously harsh, but anyone looking for a small car with rather more give should try out the Peugeot 208 or Volkswagen Polo instead. 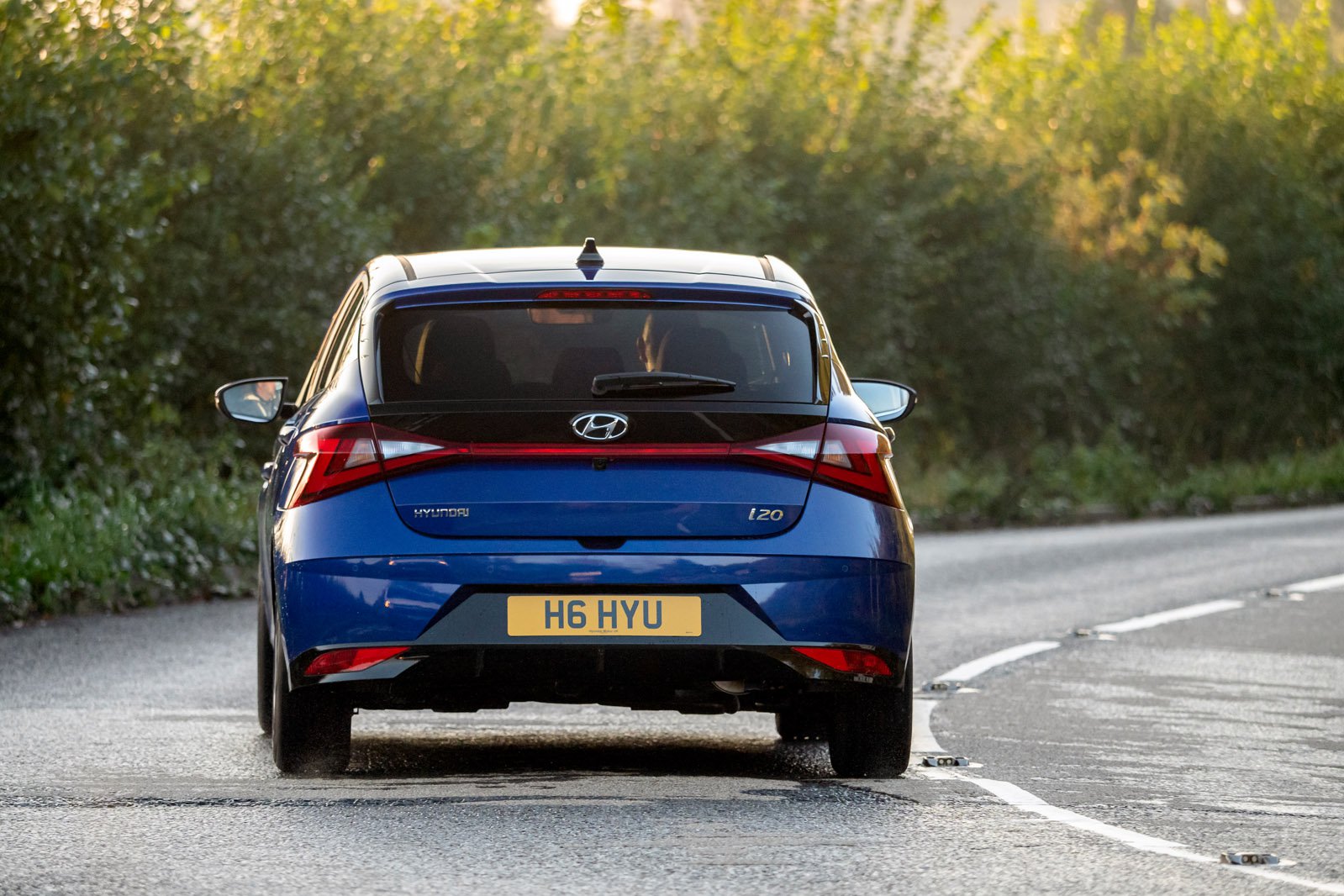 Because of the i20’s firm suspension set up, it doesn’t lean over too far when you corner quickly and the lack of bounce that we mentioned above also makes it feel very stable over mid-corner bumps. It has plenty of grip as well, although the playful balance that makes the Fiesta such a hoot to drive spiritedly isn’t quite replicated here.

The Fiesta also has sweeter steering. Not that the i20’s steering is poor; it feels sharp and eager to turn in to bends, but only once you’re past the initial nebulous patch just off centre. That vagueness also has you making little tweaks on the motorway to keep it tracking arrow straight.

Like every three-cylinder engine we’ve ever tested, the i20’s thrums a little and produces some slight vibrations, but it’s never coarse or annoying.

The accelerator, brakes and clutch are set up in such a way that you can start off and stop smoothly, and the gearbox is accurate, but not joyously slick like the Fiesta’s.

Once you’re on the motorway, wind noise and road noise are noticeable, as they are in most of its rivals, with the exception of the hushed Polo.