The interior is reasonably wide for a small car, so you’ll have some elbow room to spare, and there’s no issue with leg or head room if you’re over six-feet tall.

The front door bins aren’t massive but there are enough spaces elsewhere to make up for those, including a large glovebox, cubbies by the gearlever and under the front centre armrest (Premium trim and above), as well as a couple of cup holders.

The i20 isn’t quite at the level of the Honda Jazz for roominess in the rear, but it’s still excellent compared with most of its peers. You can get two six-footers in the back seats relatively easily, and adding a third person is doable, but shoulder room won’t be great. The middle passenger is blessed with only a small hump in the floor, so there’s more foot space than there would be in a lot of the competition, too. 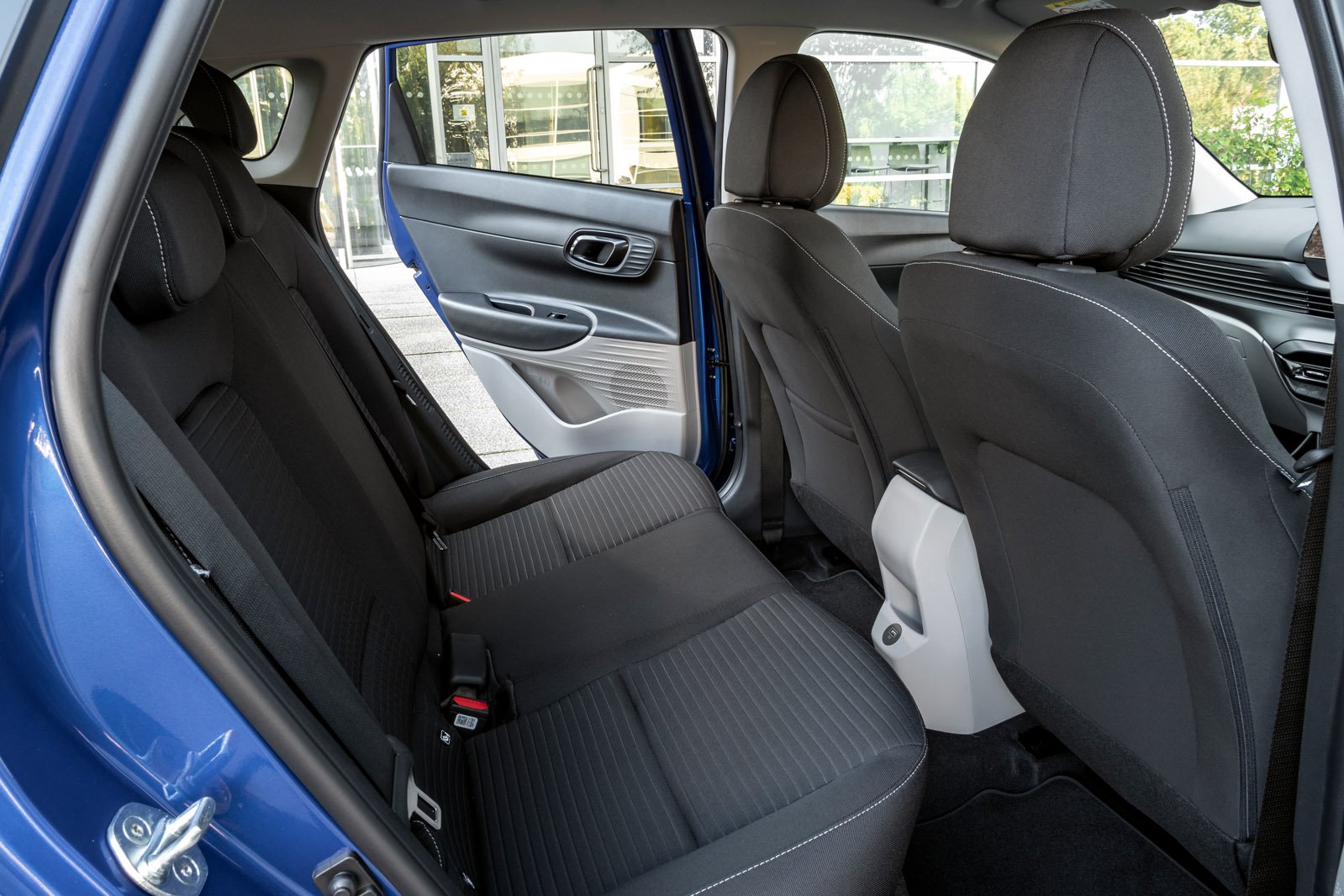 Again, the Jazz is the king in this regard, with flexible rear seats that offer many more options than any of its key rivals to help you fit things on board. The i20’s 60/40 split-folding rear seats are merely par for the course, and there aren't any useful additions, such as a ski hatch.

The front passenger’s seat doesn’t get height or lumbar adjustment on any version.

The i20’s 352-litre boot is bigger than the Ford Fiesta’s and similarly roomy to competitors’ boots like the Seat Ibiza and Volkswagen Polo. Certainly it’s enough to get by on for the shopping or luggage for trips away.

The height-adjustable boot floor adds an extra layer of usability, not just enabling you to create a separate storage area but also for levelling out the boot floor when the rear seats are raised and reducing the height of the internal loading lip.