This car is massive. We doubt anyone will have an issue with the amount of head room and the front seats slide back a reasonably long way to accommodate those with long legs. There’s also plenty of space between the driver and front passenger because the Kia Sorento has one of the broadest interiors in the class.

The door pockets are a good size and there’s a load of storage under the front centre armrest. You also get a handy shelf in front of the gear selector, which is an ideal size for stowing a mobile phone, some keys and a wallet. It's also where you’ll find the wireless charging pad we mentioned earlier.

Rear space is very generous. The second row seats slide and recline and, assuming you haven't slid them all the way forwards, leg room is plentiful (a six-footer will find a decent amount of fresh air between their knees and the back of the seat in front). Head room is compromised by the panoramic roof that comes as standard on 4 models – but only by a small amount. By contrast, if you buy a Peugeot 5008 with a panoramic roof, head room becomes really quite tight.

Sitting three adults across the second row is made easier by the Sorento's width and the minimal hump in the middle of the floor. The outer second row seats and both third row seats have Isofix mounting points.

All Sorentos – including the plug-in hybrid version – come with seven seats as standard and there's more space on the third row than there is in a Land Rover Discovery Sport, Toyota Highlander or 5008. Even adults will fit, thanks to head and leg room similar to what you'll find in the Hyundai Santa Fe. 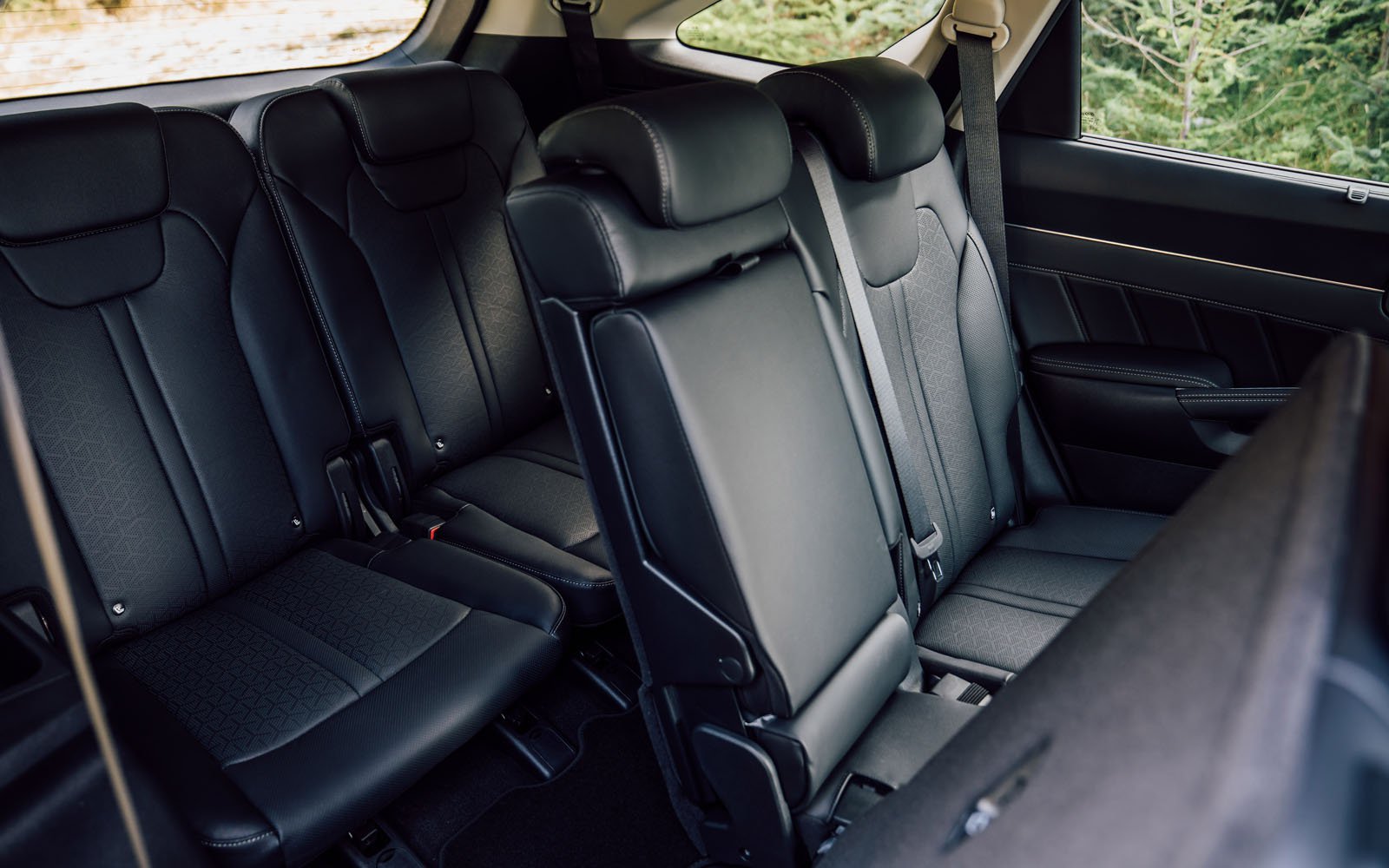 As we mentioned above, the Sorento has sliding and reclining second-row seats. The seatbacks are split 60/40, which isn't quite as handy as the Peugeot 5008’s three individually reclining and folding rear seats, or those in cars such as the Audi Q5, which are available with a 40/20/40 split. There's no ski hatch in the Sorento, either.

What is very handy, though, is that all versions have switches in the boot to fold down the second row of seats remotely, making loading a piece of flatpack furniture less of a faff.

There’s barely any lip to contend with when you're loading items into the Sorento’s cavernous boot, and the load area is a usefully square shape with recesses for extra width right at the back of the car. Boot space is near enough the same as in the closely related Hyundai Santa Fe – both cars can hold 10 carry-on-sized suitcases below their tonneau covers in five-seat mode.

Even when the third row of seats is in use, there's enough boot space in the Sorento for a couple of carry-on suitcases. In contrast, the Land Rover Discovery Sport has hardly any room for luggage at all when all seven seats are being used. There’s a small amount of underfloor storage in the HEV, which remains accessible when the third-row seats are in use, but you lose this space if you order the PHEV.