The amount of space in the front of the Mazda CX-5 is comparable with most of its key rivals. There's enough head and leg room for tall adults to sit comfortably, and they won't struggle for shoulder room either.

There are long, deep storage pockets in the front doors, a large cubbyhole at the base of the dashboard (perfect for your phone or keys) and a big glovebox with enough room for more than just the owner's manual. The two cupholders between the seats will keep large coffee cups or bottles of water steady.

While two six-footers could fit in the back of the Mazda CX-5 easily enough, they wouldn't have much of a gap between their knees and the seats in front. The Peugeot 5008 and Toyota RAV4 are a bit more generous with that, while the limo-like Honda CR-V offers loads more leg room.

As we mentioned in the introduction, many rivals, including the 5008, CR-V and Skoda Kodiaq, are available with seven seats, whereas the CX-5 has five, as does the Citroën C5 Aircross. 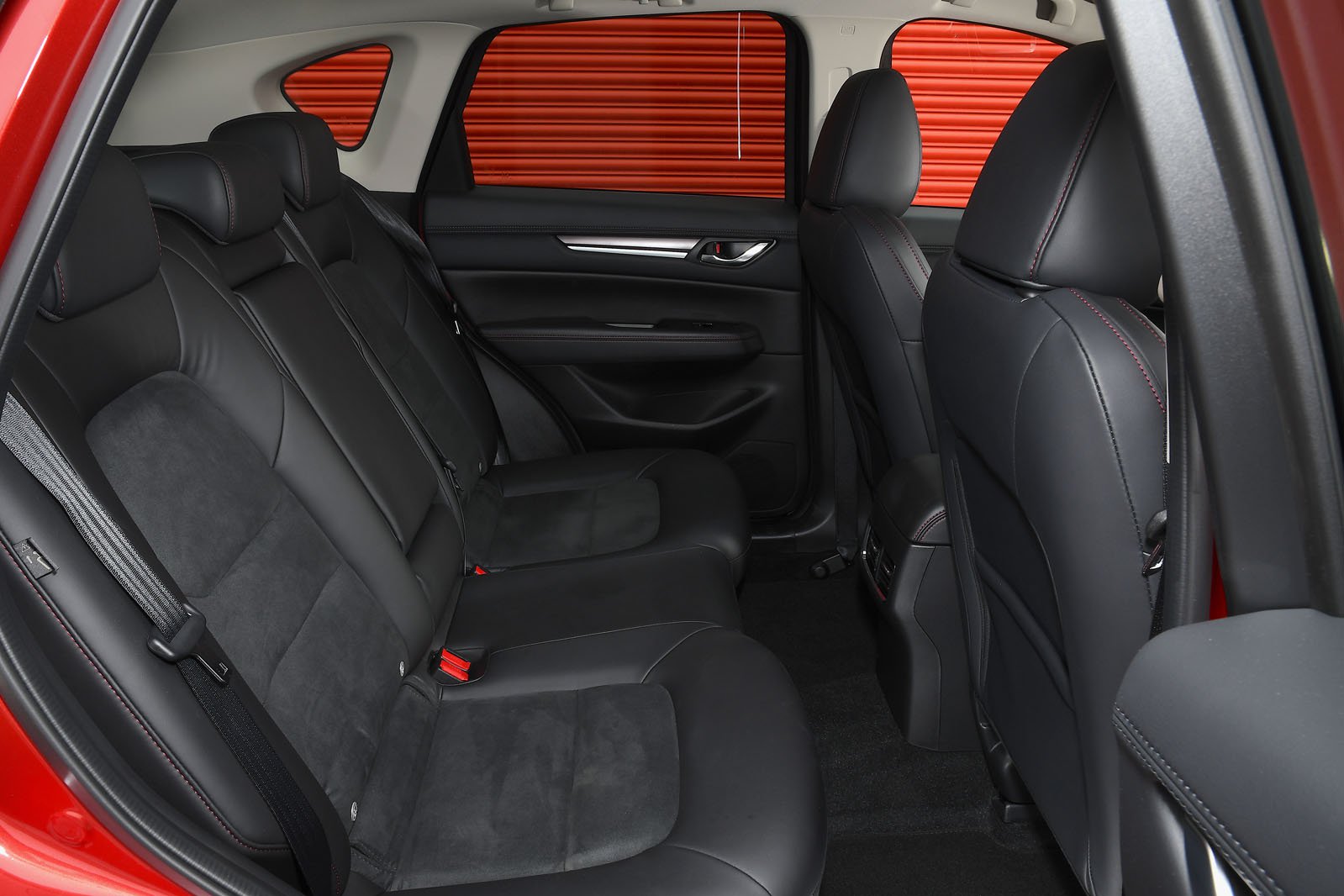 The Mazda CX-5's rear seats benefit from a two-stage reclining mechanism, allowing passengers to kick back and relax on longer jaunts. It's a pity the seats don’t slide back and forth, though, as they do in the Citroën C5 Aircross, Peugeot 5008 and  Skoda Kodiaq.

Folding down the rear seats is easy. You simply pull some handles on the sides of the boot and the seatbacks drop by themselves. This handy feature is also available in the Kodiaq, but you have to pay extra for it. The CX-5's seatbacks are split in a 40/20/40 arrangement as standard, which offers more seating options than the 60/40 layout in some of its rivals.

There's slightly less room for luggage in the Mazda CX-5's boot than in many of its rivals, including the Citroën C5 Aircross, Honda CR-V, Peugeot 5008 and Skoda Kodiaq. It has enough space to fit in two large pushchairs, though, and it's wide enough to take a set of golf clubs.

The rear seats can be folded down to create a huge flat load bay with no annoying steps or crevices. Although the boot floor isn't height-adjustable, but there is a usefully large storage area below it, plus two handy cubbyholes behind the rear wheel arches. The floor sits almost flush with the boot opening so there's no awkward lip to heave things over.