The plug-in hybrid Mazda CX-60 is powered by a 2.5-litre four-cylinder petrol engine and a 134bhp electric motor. Total power output when the two join forces is 323bhp, which is good for a very swift 0-62mph time of 5.8sec. Thankfully, with four-wheel drive fitted as standard, there’s very little drama when it comes to deploying all that power. There’s a brief delay between pinning the accelerator to the floor and the power arriving, but there’s plenty of muscle in reserve when you need it, even when you drive just on the electric motor. Flicking the car into Sport drive mode improves responsiveness.

It's a shame that running on electric power alone doesn't bring as much tranquillity as it could; there’s plenty of whine from the electric motor during acceleration and there’s a fair amount of wind noise from around the front windows at motorway speeds. The suspension thumps when dealing with potholes and scarred surfaces, too.

When it comes to handling, the CX-60 remains composed whether you’re heading down an undulating road or tackling a series of corners, dealing with mid-corner bumps with ease. The steering betters the Ford Kuga's by not being too sharp, and its well-judged weight makes it engaging enough to encourage a keen driver in the bends. One of the CX-60’s biggest strengths is how flat and level it remains in corners, compared with most of its rivals.  It's not at all bad for an SUV that almost weighs two tonnes.

However, that control comes at the cost of a pretty firm ride. It rounds off bumps well enough to prevent them from being harsh or violent enough to throw occupants around, but it does feel as though you’re driving over a mildly rippled road surface much of the time. The X3 has a better balance of agility and ride comfort. 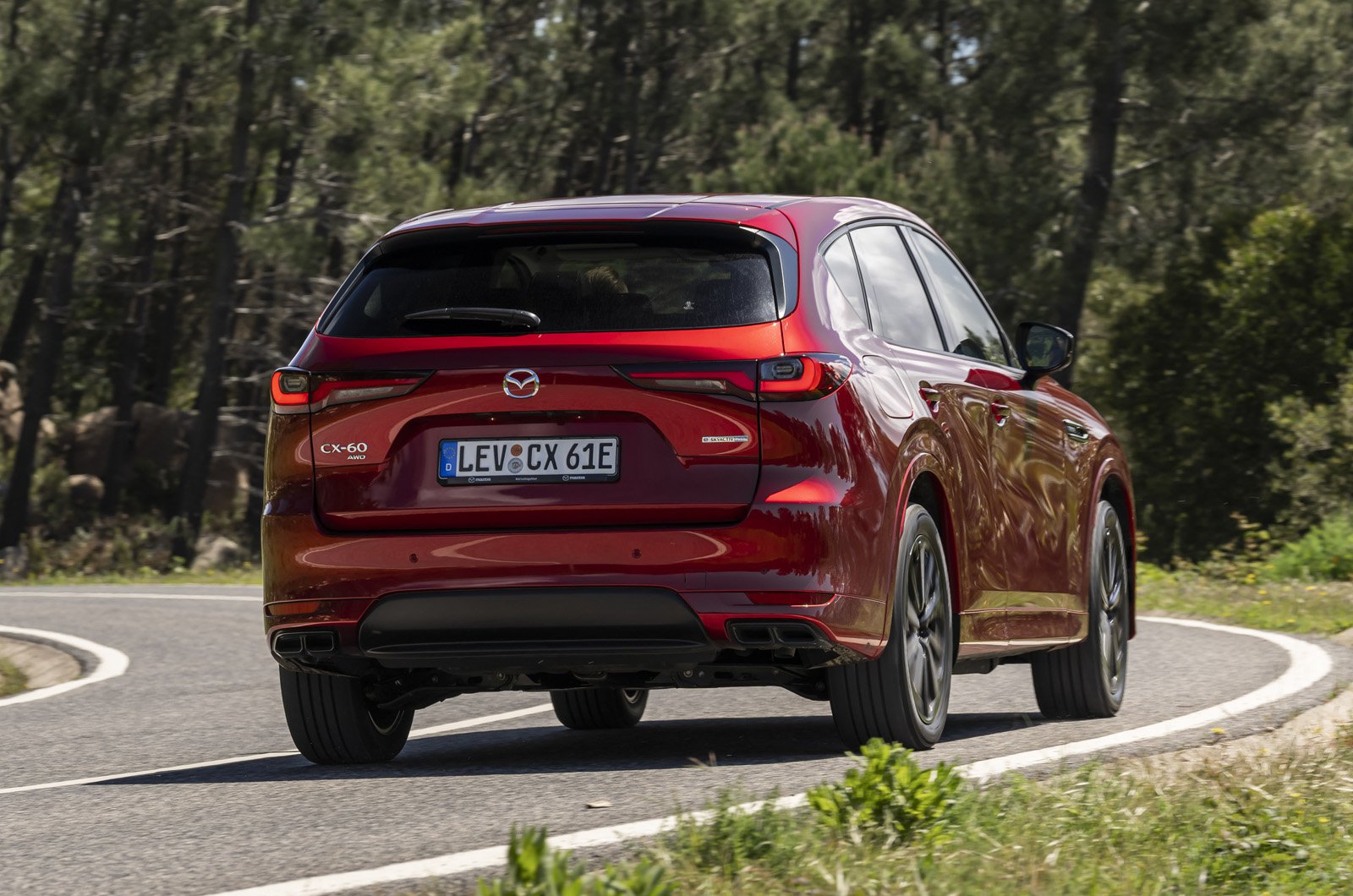