Updated Subaru Forester gets a diesel CVT option for the first time, an updated cabin and more equipment. Has it moved up through the ranks of the SUV class as a result?... 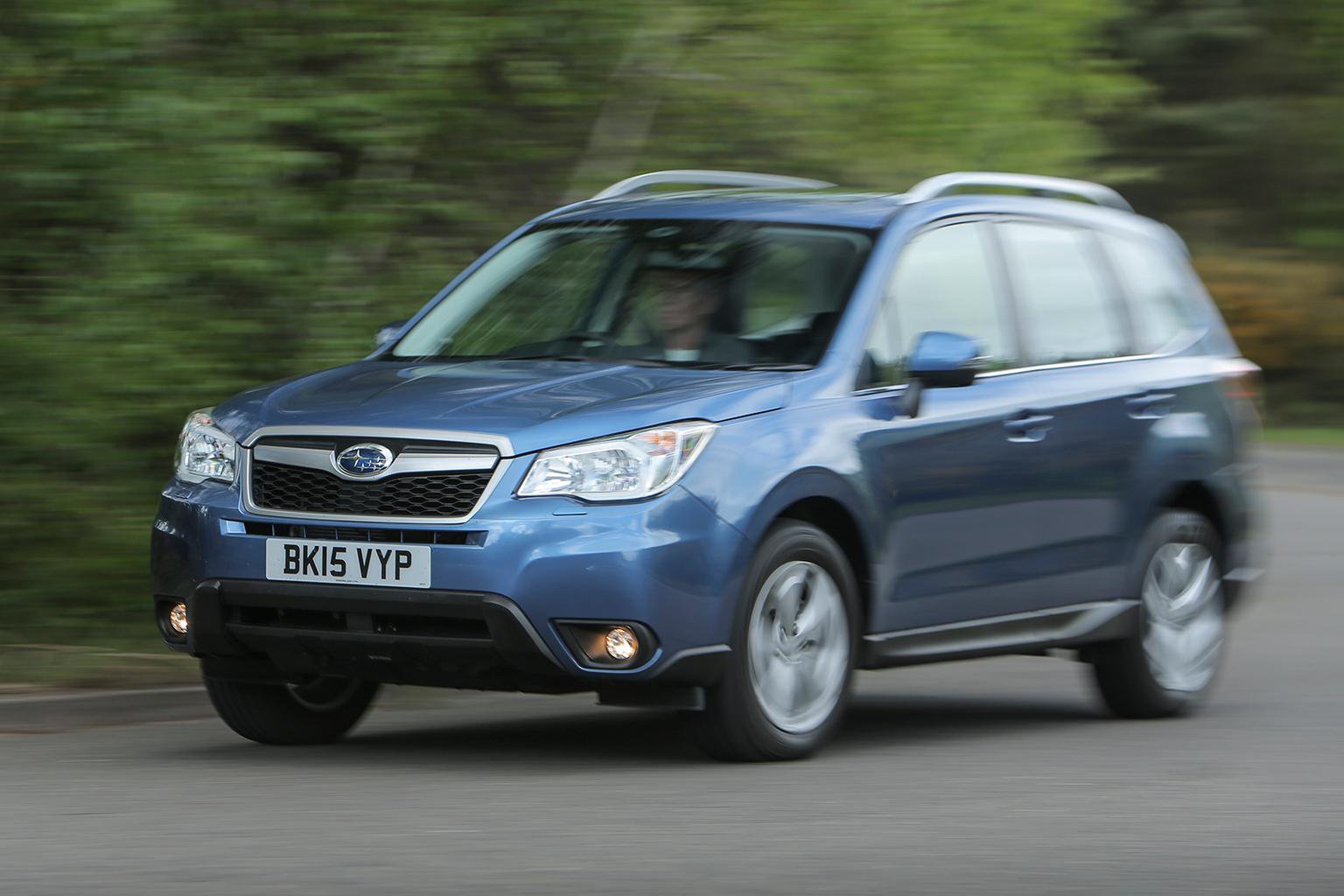 Subaru has made a number of significant changes to its Forester SUV for the 2015 model year.

Among the changes are the option of a CVT transmission for the 2.0-litre diesel engine, a first on the Forester, and new equipment inside.

All models excepting the entry-level X now get a 7.0in touchscreen infotainment system, higher quality materials and an extra USB port. The range starts from £24,995, and rises to £30,995 for a top-spec model.

The good news first. Subaru's updates have lifted the fit, finish and overall ambience of the cabin to good effect. There's new trim on the dashboard, better materials around the centre console and a quality feel to most surfaces.

There are still a few too many hard plastics within easy reach of the driver, but some of that can be forgiven in a car whose primary purpose is function over form.

Using the new touchscreen infotainment system is easy, and it works relatively well. Some inputs can be slow, but it's a definite improvement over the older, button-operated system.

The cabin remains fairly comfortable, with good all-round visibility from the driver's seat. There's no denying that much of the cabin's layout and equipment is lifted almost wholesale from the smaller XV, but that's not necessarily a bad thing.

Those in the front get superb head- and legroom, but taller rear passengers might find headroom tight because the Forester's sunroof - standard across the range - sits quite low. That said, rear legroom is very generous.

Aside from the XC Premium's often infuriating standard electronic tailgate which doesn't do as it's told, the Forester's boot is generally impressive. It's 505 litres big, a decently square shape, accessing it is easy and there's no awkward boot lip to lift heavy bags over.

We've noted before that while the Forester's 2.0-litre diesel engine pulls strongly from low revs, it can sound strained, especially at high revs.

Unfortunately, the addition of a CVT transmission does nothing to dull the issue, causing noticeable engine noise intruding into the cabin as it holds high revs during acceleration.

At town speeds the Forester's light steering makes low-speed manoeuvres simple, but start to push it and the experience is less enjoyable. The steering is vague at speed and amount of body lean makes it clear this SUV doesn't like to be hurried, even if grip levels are relatively high.

The soft suspension set-up translates into some body movement over undulating roads and broken Tarmac, but at least most of the initial impact is well damped. Ultimately, a Mazda CX-5 is a firmer but much better controlled SUV on UK roads.

One worthy note is the Forester's fuel economy. Subaru says we should be seeing 46.3mpg on the combined cycle, but on our varied test route - which took in motorways, urban driving and single-carriage roads, we didn't see more than 33mpg on the Forester's trip computer.

When rivals such as Honda's CR-V and the Nissan X-Trail claim better fuel – both offer 55.4mpg when coupled to a similar CVT transmission – it's hard to forgive the Forester for those extra trips to the pumps.

For 2015, the Subaru Forester is better equipped, spacious and practical, and thanks to the new infotainment system and cabin refinements, it also feels more premium than it did before. Unfortunately, though, it remains something of a niche choice in the crossover class.

The Forester's diesel engine isn't the most refined available in this class, a Honda CR-V manages to be even more spacious, while rivals such as Mazda's CX-5 are also far better to drive at all speeds and more comfortable across dodgy road surfaces.

If you're set on owning a Forester, we'd avoid this CVT option and go for the conventional six-speed manual instead.