Does the Volvo XC90 B5 combine the best bits of diesel economy and hybrid cleanliness?... 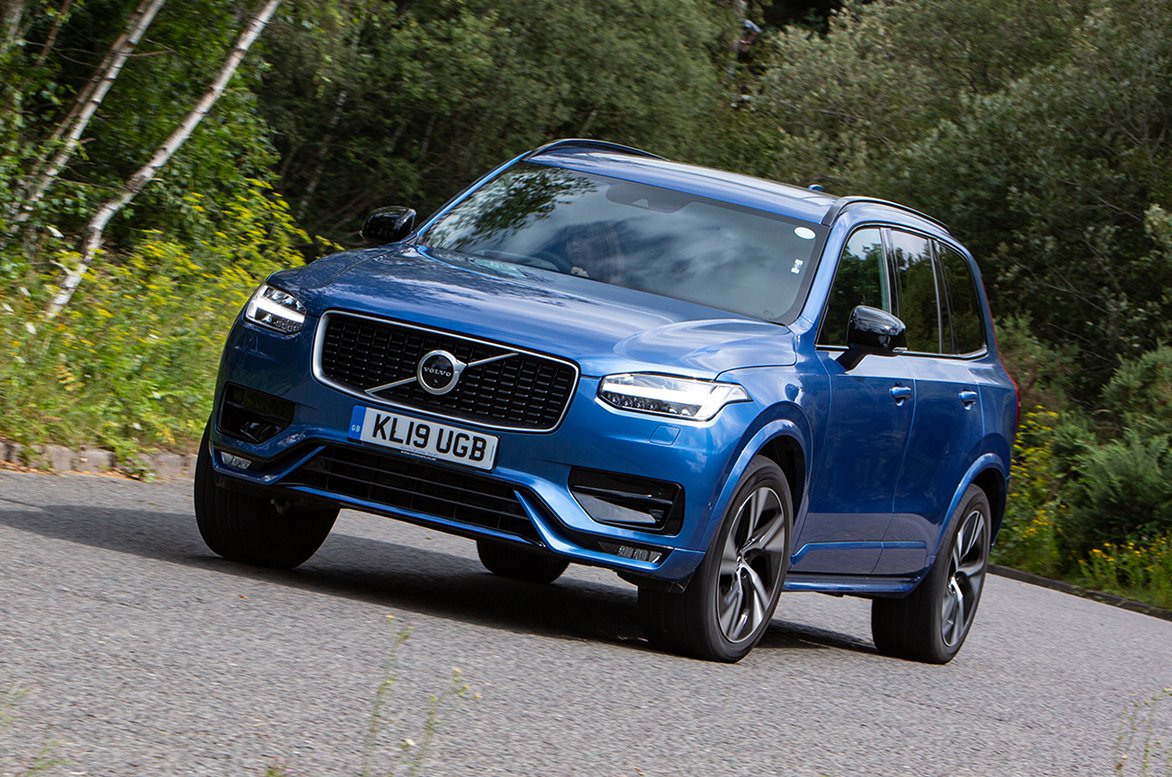 You’ve cut down on your single-use coffee cups. You’ve sponsored a polar bear in the Arctic. You’ve got your reusable tote bag folded up in your back pocket. So, the best thing to do next for the environment is to head out and buy a Volvo XC90 B5 – a large, diesel-powered SUV. Wait, what?

Well, while diesel engines have faced plenty of scrutiny in recent years, the XC90 B5 is a mild hybrid. That means it can store energy that would usually be lost when braking and use it to power an electric motor that lightens the load on the engine. This translates to reduced emissions and better fuel economy.

The B5 is now the only chance you have to get a diesel engine in your XC90, having replaced the D5. That's no bad thing, given the claimed 15% increase in efficiency. The XC90's mild hybrid technology will also become available with a petrol engine later this year, but the diesel should be cheaper to run.

Fuel economy is a considerable improvement, with official figures claiming an impressive 44.1mpg, whereas that Q7 gets just 33.6mpg. Also, the B5 costs only £1000 more than the T5, which, unsurprisingly, is less economical again.

However, the B5 is no revelation for company car drivers, because while it spits out just 154g/km, compared with 184g/km for the T5 and 178g/km for the Audi Q7 45 TDI diesel, all three still fall into the top benefit-in-kind tax bracket of 37%.

But regardless of its ecological claims, how does the XC90 compare to conventionally powered seven-seat SUVs? 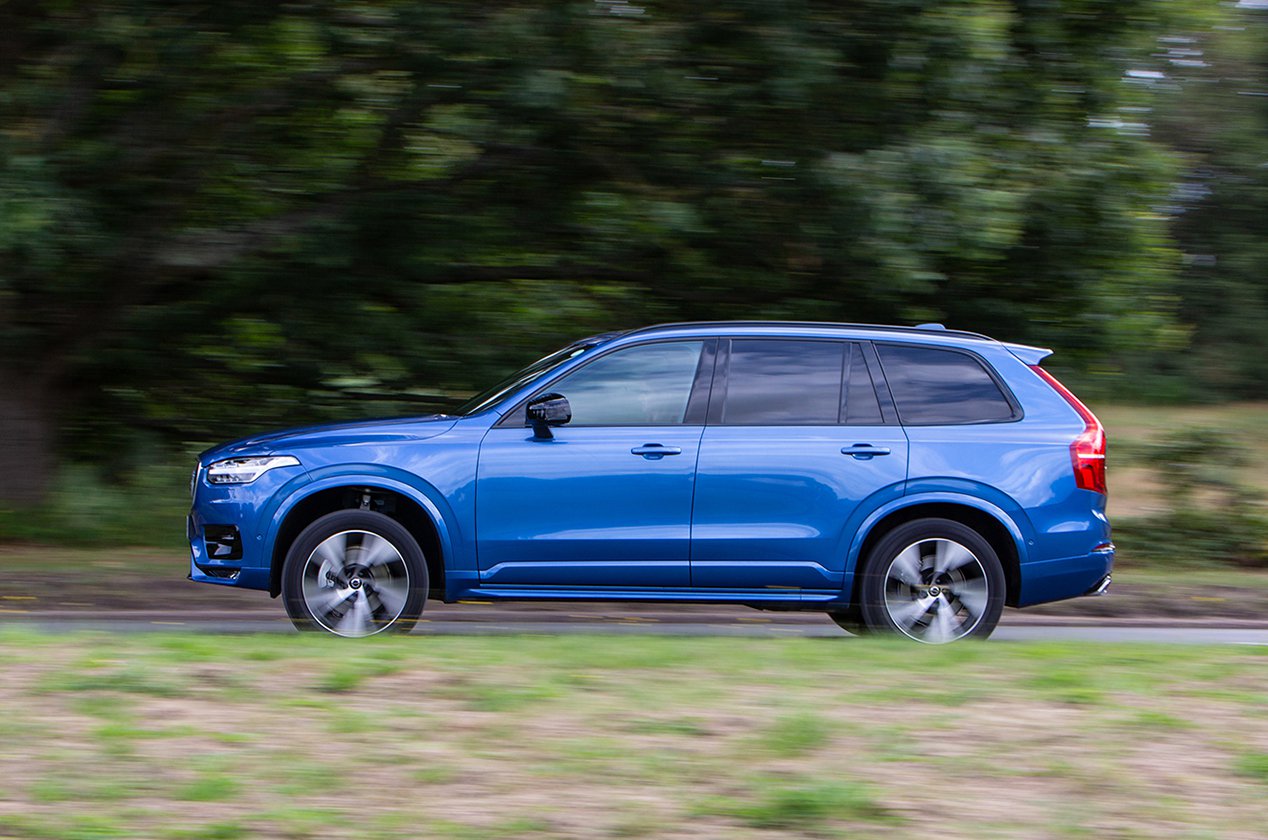 Don’t be fooled: while the XC90 is technically a hybrid, it’s no Toyota Prius. By that we mean that it can’t drive along on electric power alone like the pricier XC90 T8. Instead, the electric motor just augments the diesel engine imperceptibly.

It certainly works well; the engine picks up from low revs smoothly and getting up to motorway speeds is an effortless experience. The B5 isn't what you’d call outright fast, and it’s slightly slower than the 228bhp Q7 45 TDI, but you’re rarely left wanting for more whenever you need to put your foot down.

Or you wouldn’t be if it weren't for Volvo’s eight-speed automatic gearbox, which suffers the same blight as a lot of today's autos: a considerable hesitation before it accelerates fully from a standstill or kicks down on the move. It’s nowhere near as laggy as that of the Q7 and is an improvement on that of the old XC90 D5, but you’ll still find yourself getting frustrated when you put your foot down and are left waiting.

At least putting the gearbox in manual mode and using the steering wheel-mounted paddles means the shifts remain smooth and you can negate much of the hesitation when you’re on the move.

The engine itself is nicely refined and never sounds particularly strained, even when you put your foot down to join motorway traffic. It can be a little gritty when pulling away, but only just enough to remind you that the B5 is still a diesel and not running solely on electricity. There’s more road noise than you might like, but wind roar is well suppressed, making for a generally very peaceful drive.

Despite its large size and the extra 130kg of weight over the petrol variants, the B5 handles tidily. There’s minimal body lean unless you really throw it about, and although you wouldn't call it agile, it can still be hustled along briskly enough. The Q7 is more nimble still, though, especially with its standard air suspension set to a sporty mode.

The Q7 also gains points for its floaty and effortless ride – something the XC90 misses out on. The B5 can feel wallowy over undulations, while surface imperfections make it fidget. You also hear noticeable crashes and thumps over larger bumps. Thankfully, they often sound much worse than they feel.

As for the steering, its weight is slightly heavier than some would like and there’s a noticeable dead spot around the straight-ahead; you can wiggle the wheel quite a bit and nothing really happens. This is good for straight-line stability, but it means the B5 lacks some of the precision of the Q7. And while we’re whinging, the wheel returns to centre quite viciously when you release your grip with a bit of lock on. 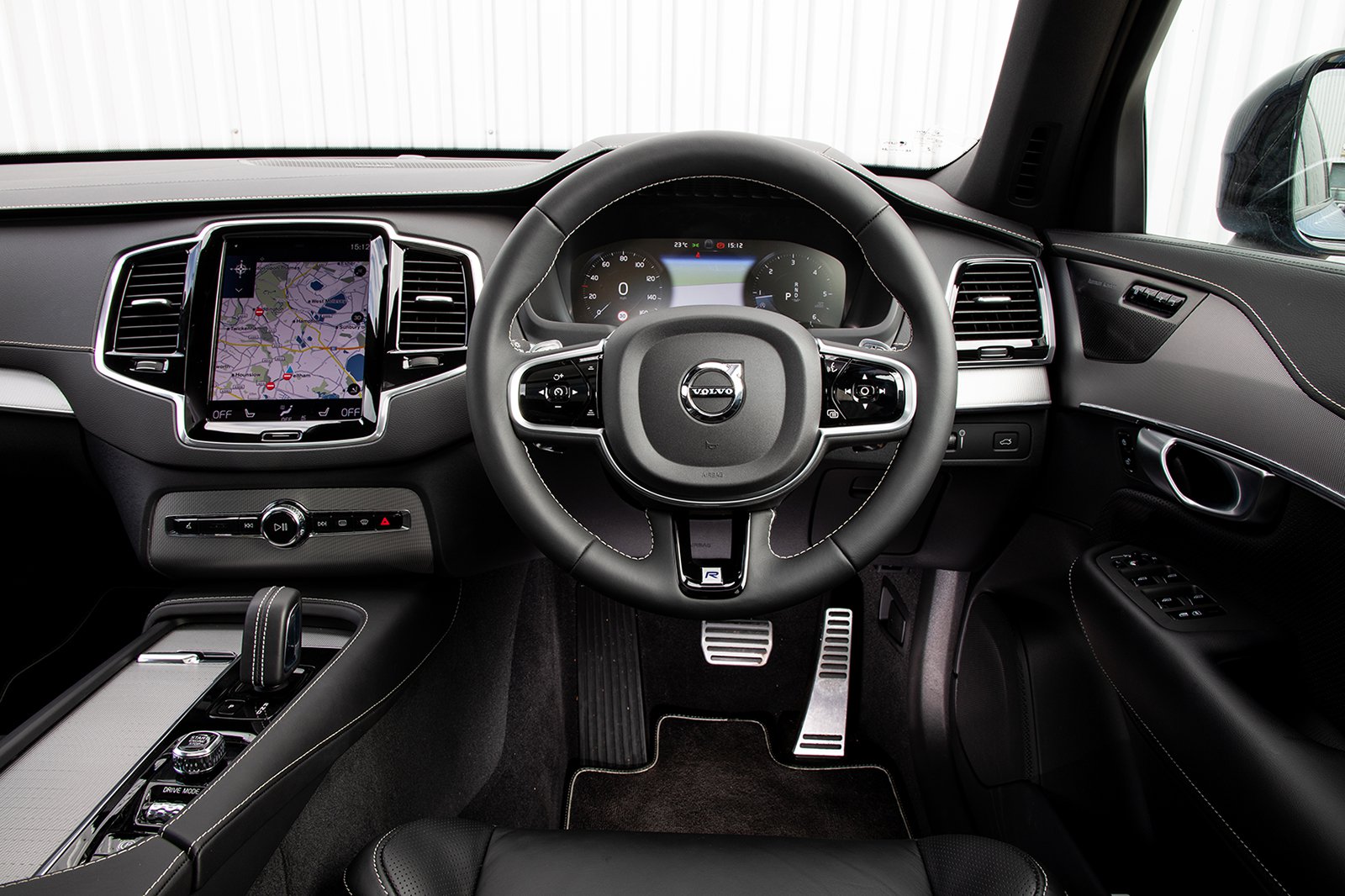 The XC90's interior is typical Volvo, with a mix of smart materials across the dashboard and around the centre console. There are soft-touch fabrics across the top of the dashboard plus gloss-black trim around the infotainment screen and gear selector, while highlighted stitching around the panel edges and leather upholstery (standard on R-Design) add to the perceived quality. Just bear in mind that it’s still not quite as plush as the Q7's interior.

R-Design XC90s get contoured sports seats with an under-thigh cushion extenders, while all models have electric adjustment – including lumbar support – for the driver. As such, it’s an incredibly comfortable place to sit, and most people should be able to find a supportive position.

The infotainment system is displayed on a portrait-orientated 9.0in touchscreen that's responsive and has clear graphics. A DAB radio and Bluetooth are standard, while Android Auto and Apple CarPlay are a reasonably priced option. However, there are no shortcut buttons, not even for adjusting the climate control, so almost all inputs require you to take your eyes off the road unless you use voice control. The physical controls and rotary dials in the BMW X5 are much easier to use.

All XC90s get plenty of other luxuries as standard, including a rear-view camera, heated seats and a powered tailgate.

For a full insight into the range as a whole, including interior space, equipment and safety, make sure you read our full Volvo XC90 review. Or to see how much you could save on an XC90 without any haggling, check out our New Car Buying service.