Can a tuning company improve on a five star car? We get behind the wheel of the Ford Puma ST Mountune m260 to see if the sports SUV is even better...

Some of us are not content with having something just ‘out of the box’ so we seek ways to unlock any hidden potential it has – whether it’s a smartphone, computer or car.

Extracting more power from cars is hardly a new concept, of course, but if you think the Ford Puma ST isn’t quite potent enough, you'll be interested to know what a small Essex-based tuning company called Mountune can do to this sports SUV.

The firm has a history of upping the performance ante on previous generations of the Ford Fiesta and Ford Focus (and not just the sportier STs), with the Puma ST as the latest model to receive the firm’s treatment – starting with its 1.5-litre three-cylinder engine. 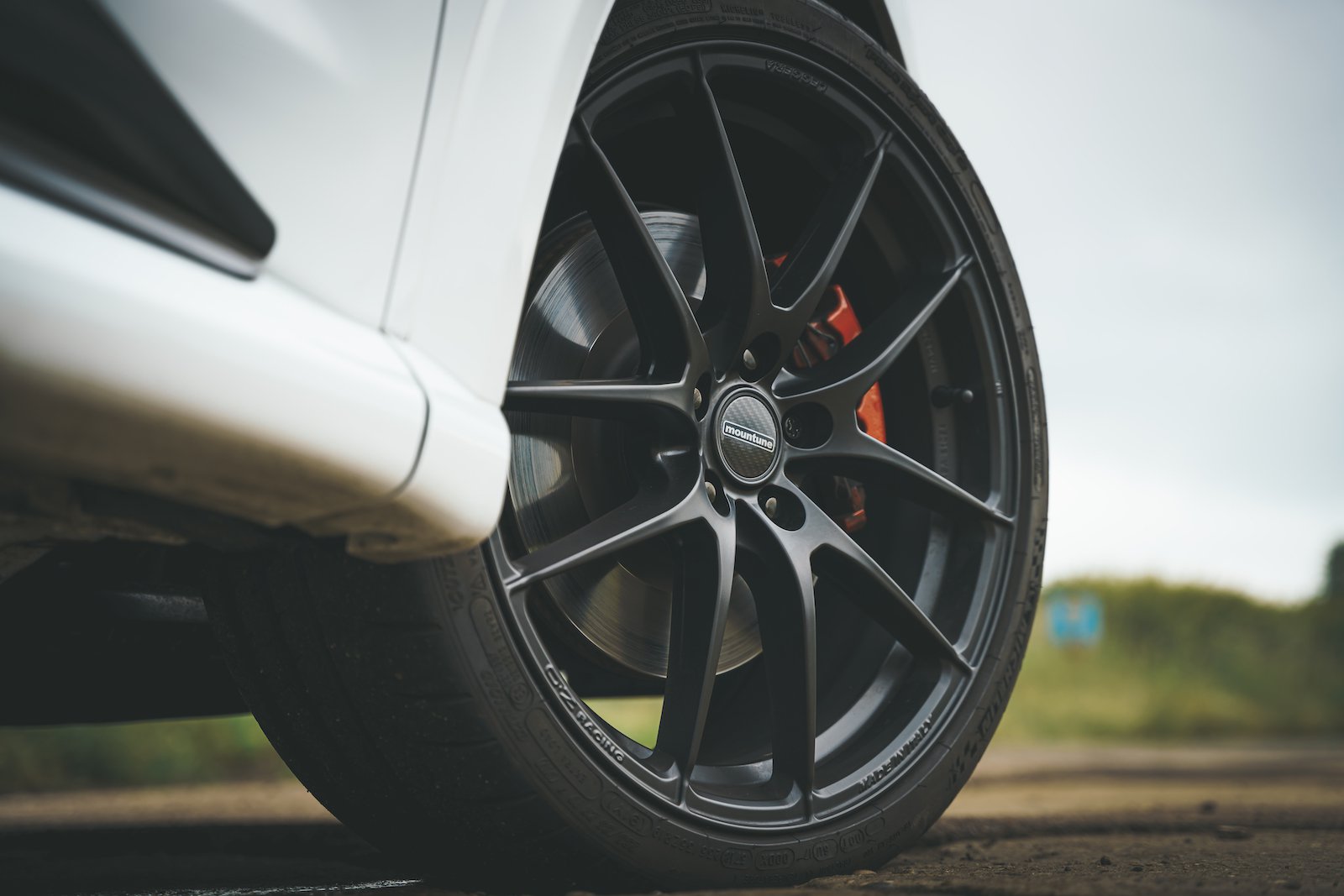 Mountune's m260 upgrade increases the power output from 197bhp to 256bhp by reprogramming the engine control unit (ECU) with the £675 mTune SMARTflash app and fitting upgraded components. They include an induction kit, alloy intercooler and associated piping, together costing £953.

You don’t have to stop there, though, with a range of add-ons including branded side stripes, 19in OZ Leggera wheels and lowered suspension springs. An exhaust system is available in early 2022, with the particulate filter and catalyst components remaining untouched, meaning emissions testing shouldn’t be an issue when it's time for your Puma ST's MoT. All components come with a 12-month, 12,000-mile warranty.

The test car pictured here has more than £3000 worth of kit in total, and Mountune recommends running it on pricier super unleaded. So the question is, can you really improve on the Puma ST? After all, the standard car has already earned our maximum five-star rating. We've driven the Mountune m260 to find out...

Thankfully, it still drives like a Puma ST – except one that’s charged up on caffeine after several months of protein shakes. 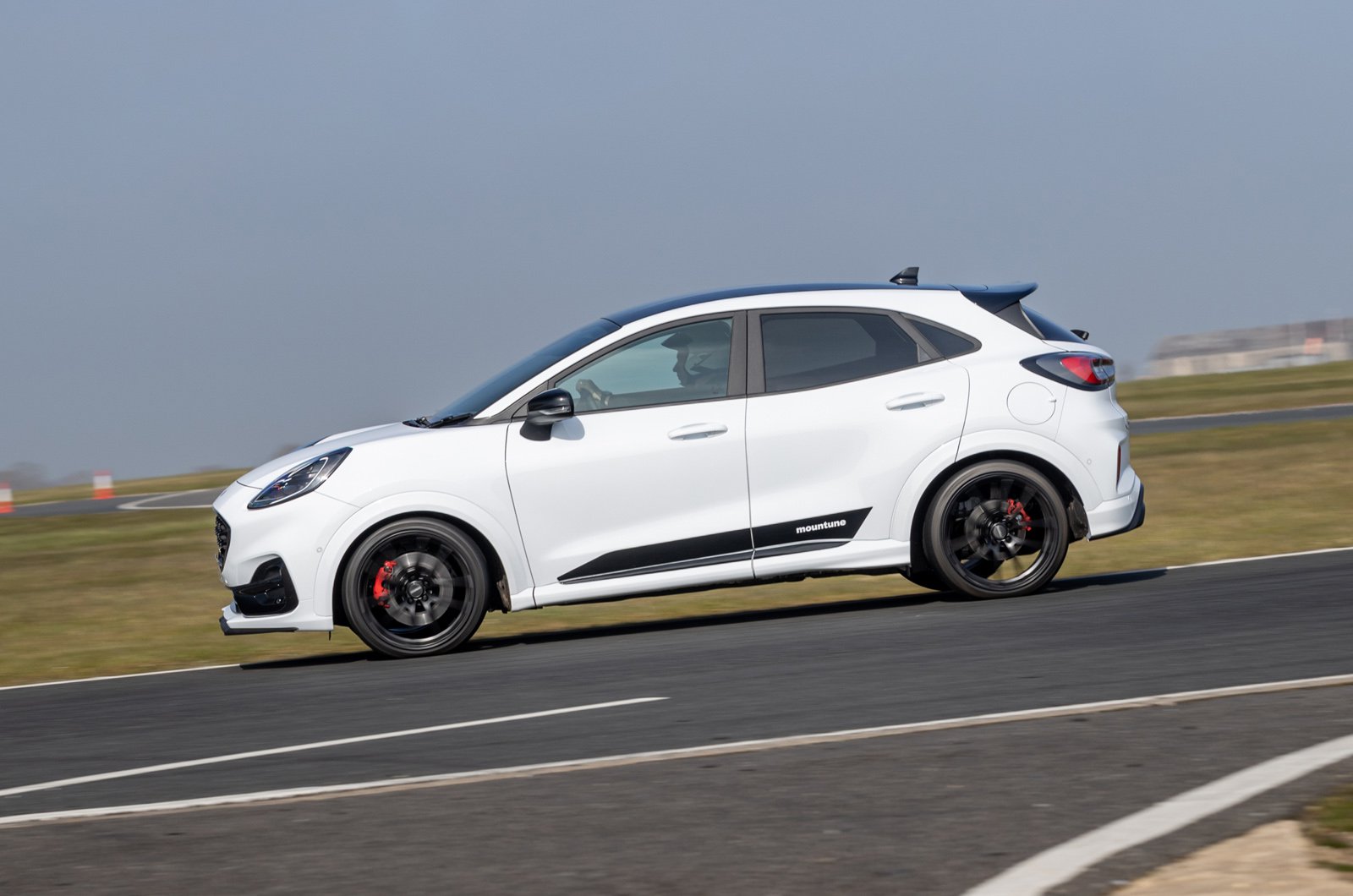 The standard version is far from slow, but the way it delivers its power feels quite grown up in everyday driving, especially when compared with the smaller Fiesta ST. The Puma’s added size, weight and higher seating position over the small hatch has slightly dampened down the sensation of pace, so building up speed isn’t quite as thrilling.

The Puma ST m260 feels quicker, pinning occupants into their seats with noticeably more shove, and delivering a sensation of pace that could fill the void that might be troubling former Fiesta ST owners.

When you drive gently in town in the lower gears, the m260 feels almost as docile as the standard Puma ST, but as you make more use of the accelerator pedal, there’s a greater sense of urgency. The car picks up speed with very little hesitation before revving quickly to the limiter.

It certainly pulls harder and feels more relentless than the standard engine, but if you’re not in the mood, you could simply shift up a gear earlier and sit at low revs without any grumbles from the engine. The steering wheel requires a bit of wrestling under power on uneven road surfaces, but the stock brakes remain just as effective at shedding speed. 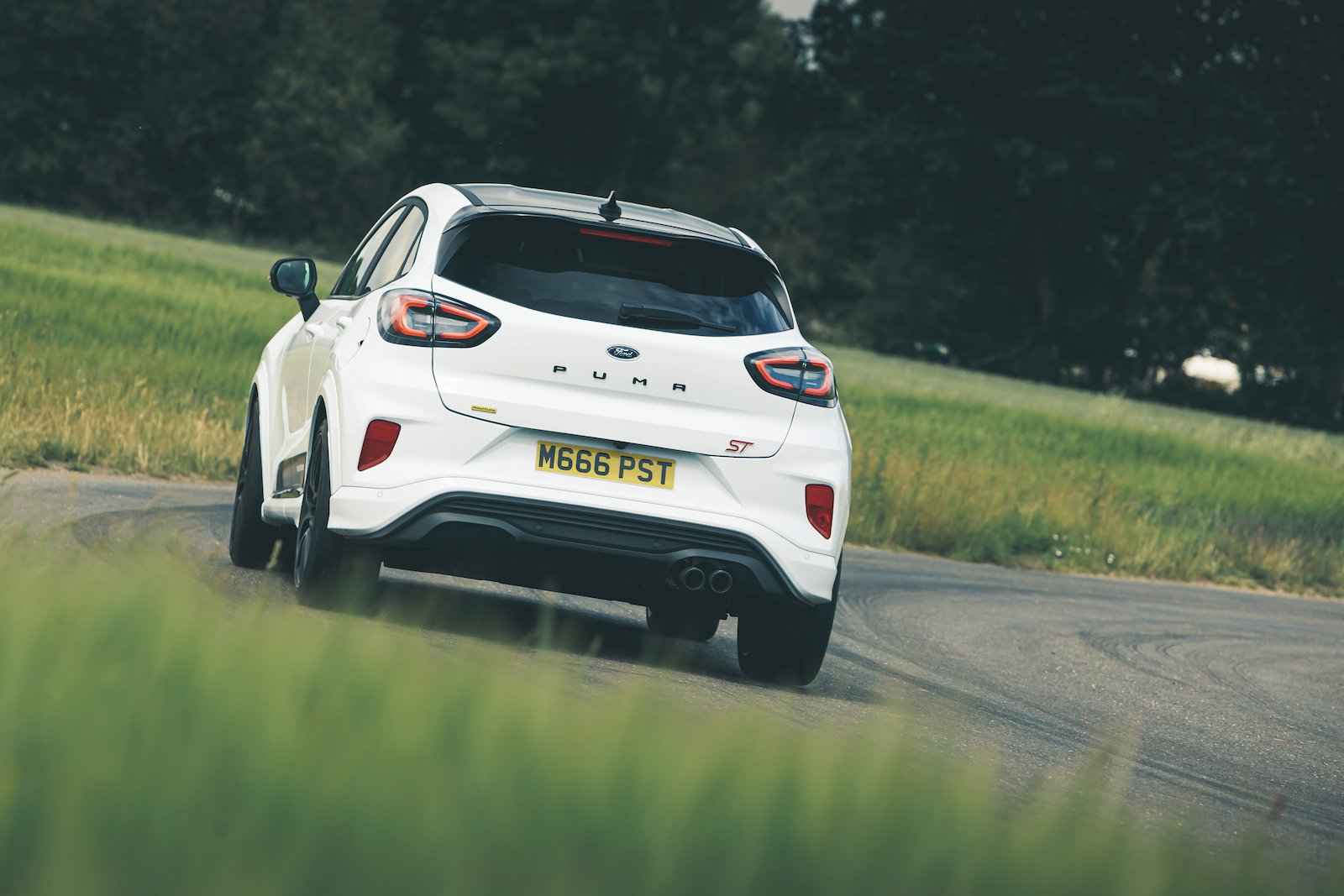 A little discipline with your right foot might be required when accelerating in the two lowest gears in cold and damp road conditions as the front tyres struggle for traction. It's worth noting, though, that our car’s Michelin Pilot Cup 2 tyres are optimised for summer track use, which won’t have helped.

As you settle down to a cruise at motorway speeds, the engine remains hushed and the upgraded exhaust system doesn’t create much of a drone. The trip computer indicated an average of 34.9mpg, which isn’t a colossal drop from the near-40mpg figure we’ve seen in our Puma ST long-term test.

The m260 upgrade includes a more aggressive launch control for standing starts. It also lets you select a flat-shift function – allowing you to change gear more quickly without lifting the accelerator pedal – or an Anti Social Mountune Overrun mode, which makes the exhaust more theatrical, with extra pops and bangs.

The standard Puma ST’s handling is already a highlight, and the 20-25mm lowered suspension on our test car further reduces lean in corners. Thankfully, most of the ride comfort has been retained, and it's only noticeably jiggly on sharply rutted roads. Given how well the Puma ST handles already, we’d be tempted to stick with the standard setup. 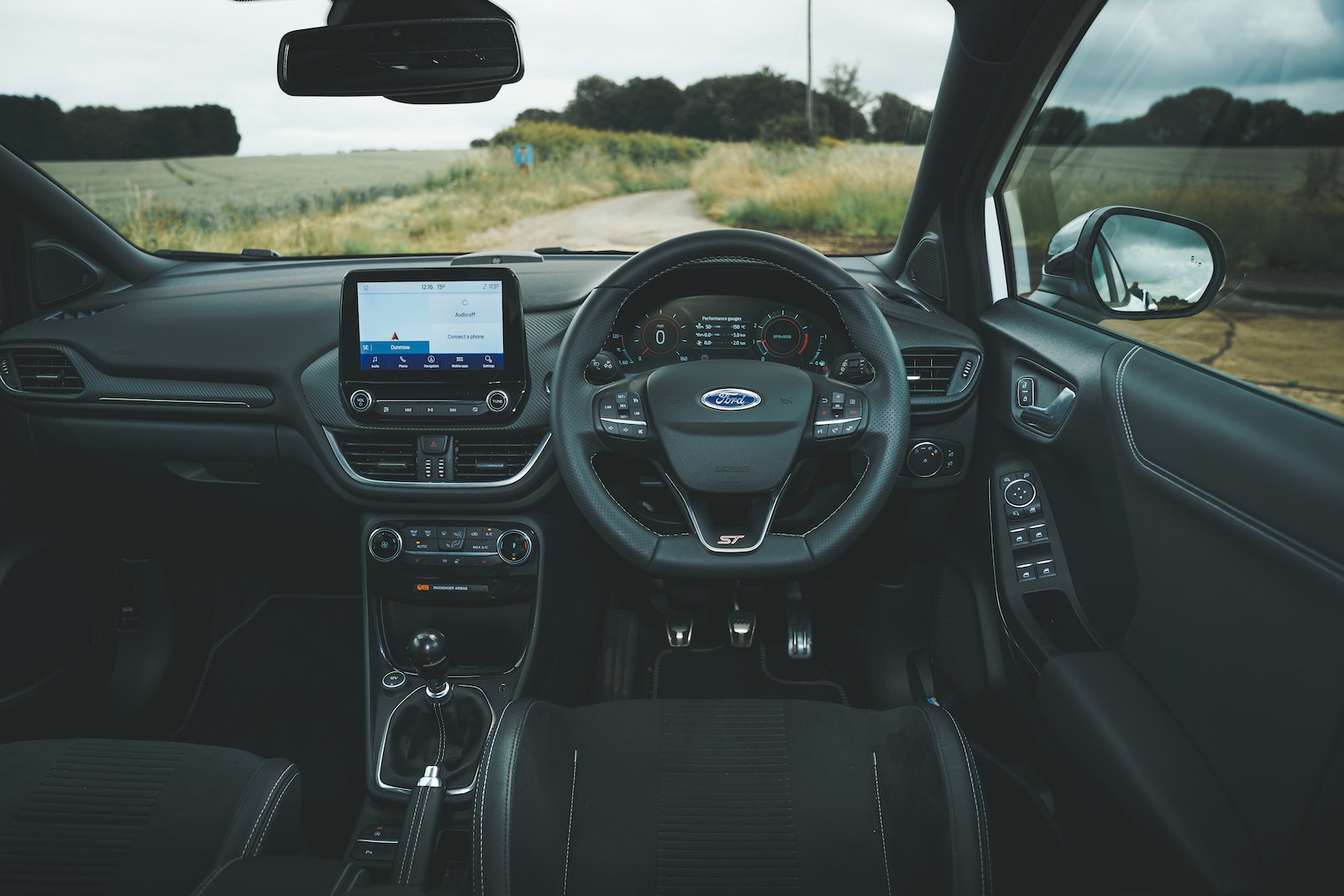 The interior remains the same as the regular Puma ST, with just a metal Mountune-branded gearknob available as an accessory. You still get the highly supportive Recaro front seats, stubby gearlever and easy-to-use interior (which could do with a bit of colour to brighten it up).

The 8.0-inch touchscreen isn’t the biggest, but it is straightforward enough to use and there’s plenty of space for four passengers and their cargo. You can read more about the interior in our full Puma ST review.