With bold looks and fuel-sipping engines, next year's new Hyundai i20 is designed to shake up the small car class. We've been for an early drive to see how it's shaping up... 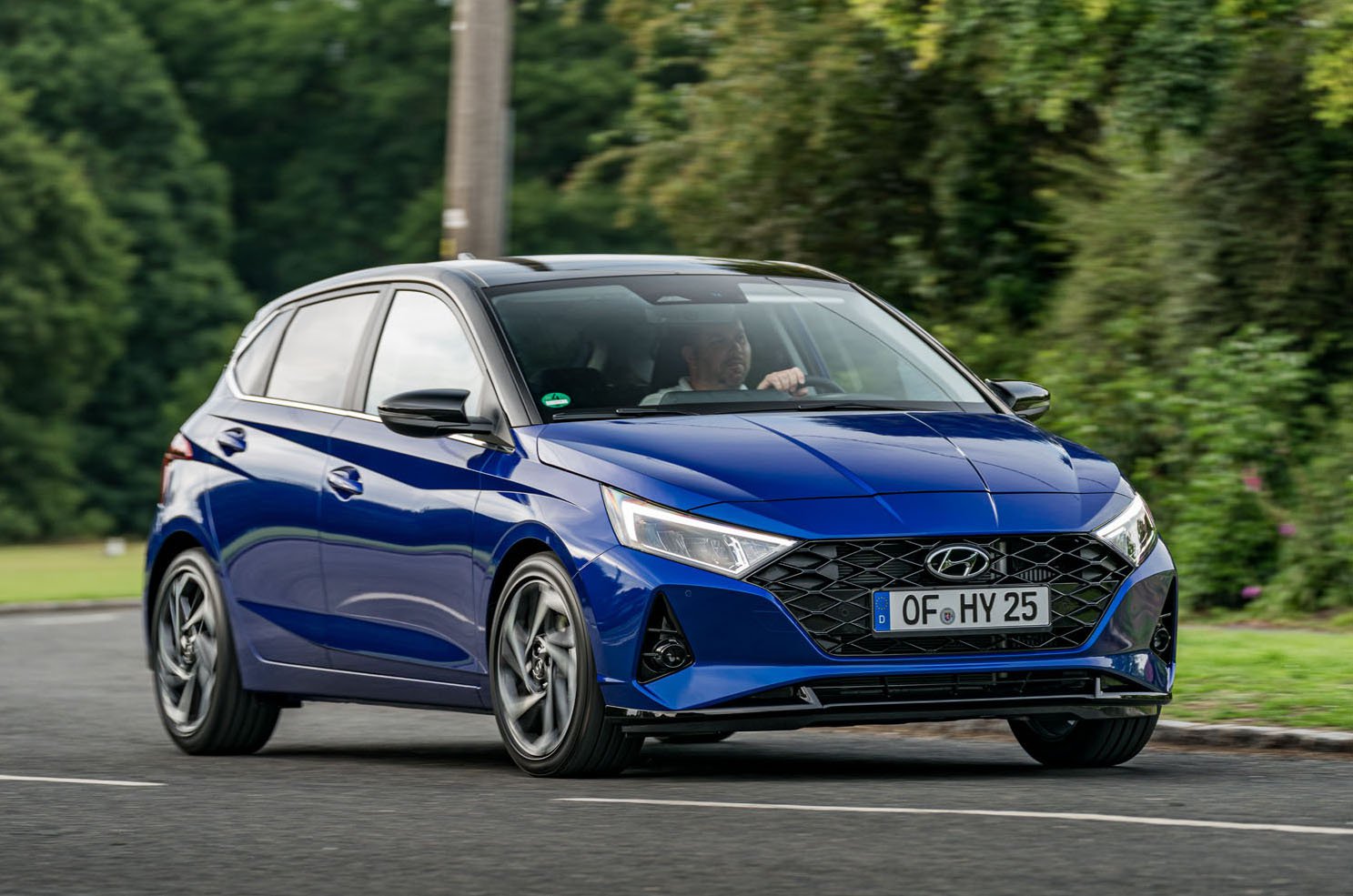 The new Hyundai i20 has gone funky. Like a teenager coming back home from their first term at university, it’s sporting a bold new look, has gotten both longer and wider, and is more in-tune with the needs of its audience.

First and foremost, that means it addresses the need to lower fuel bills, which is why the Ford Fiesta, Seat Ibiza and Volkswagen Polo rival is now available exclusively as a mild hybrid. Although it can’t propel you along on electric power alone, this system does allow the i20’s 1.0-litre engine to ‘coast’ when it’s not under load, such when decelerating as on the motorway, and offers small amounts of electrical assistance to get you up to speed faster. Those moments when the petrol engine isn't providing power add up to fuel economy savings of up to 4%, Hyundai says. Helping the green-footed agenda is the fact that, despite having grown in size, this i20 is also lighter than the car it replaces.

And the upgrades don’t stop there, because as well as an enhanced suite of safety tech – including a new automatic emergency braking system that can recognise pedestrians and cyclists – the i20 has been given the kind of aggressive, muscular styling that would have been the preserve of hot hatchbacks only a short while ago. Does it drive like a hot hatch, though? Well, although you won’t be able to put a new i20 on your driveway until September, we were invited to drive an early prototype model to see how it’s shaping up. 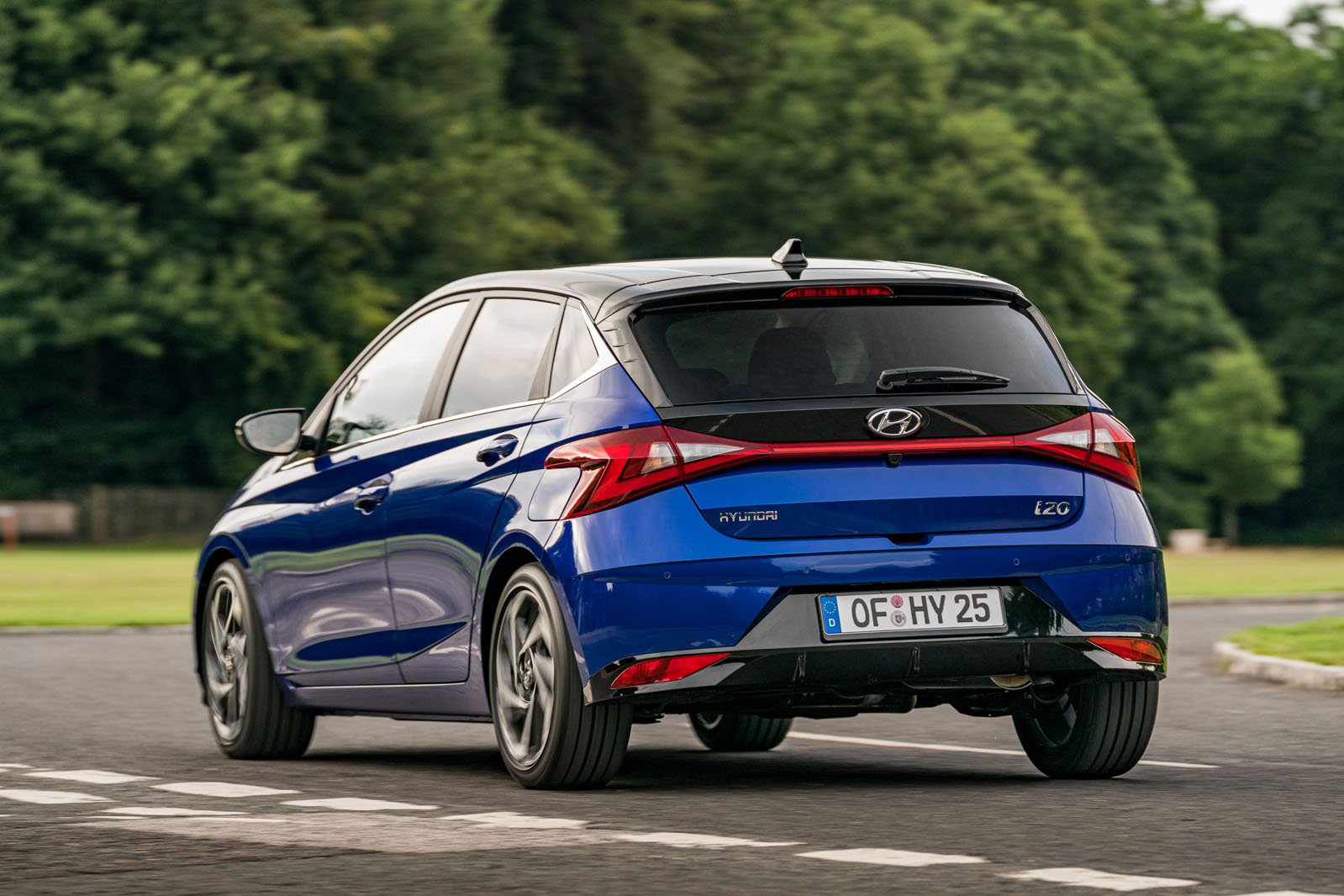 Let’s start with the i20’s new mild-hybrid 1.0-litre engine. The version in our test car produces 118bhp, and while it’s likely that this engine will go on sale at a later date in the UK, the i20 you’ll be able to buy from launch will have 99bhp instead. In its more powerful form at least, the hybrid system has addressed one of our criticisms of the old car – that in certain situations, such as when needing to get up to speed quickly or overtaking on the motorway, you’d find yourself wanting for more oomph.

This is a delightfully peppy engine, and thanks to the small amounts of electrical assistance on offer, it has no trouble getting you moving or performing overtakes on faster roads. There are rewards for holding off from reaching for the next gear, as there’s plenty of pep at higher engine speeds, too. Indeed, this is a motor that likes to be worked hard, and this feels perfectly in keeping with the i20’s sporty new look. There’ll be a choice of seven-speed automatic or six-speed manual gearboxes, but the former in our test car coped well, performing swift changes in both normal and eco driving modes.

And what of those claimed improvements in fuel economy? Well, over a varied route that included plenty of faster roads, we ended up with 50.3mpg – not bad at all. 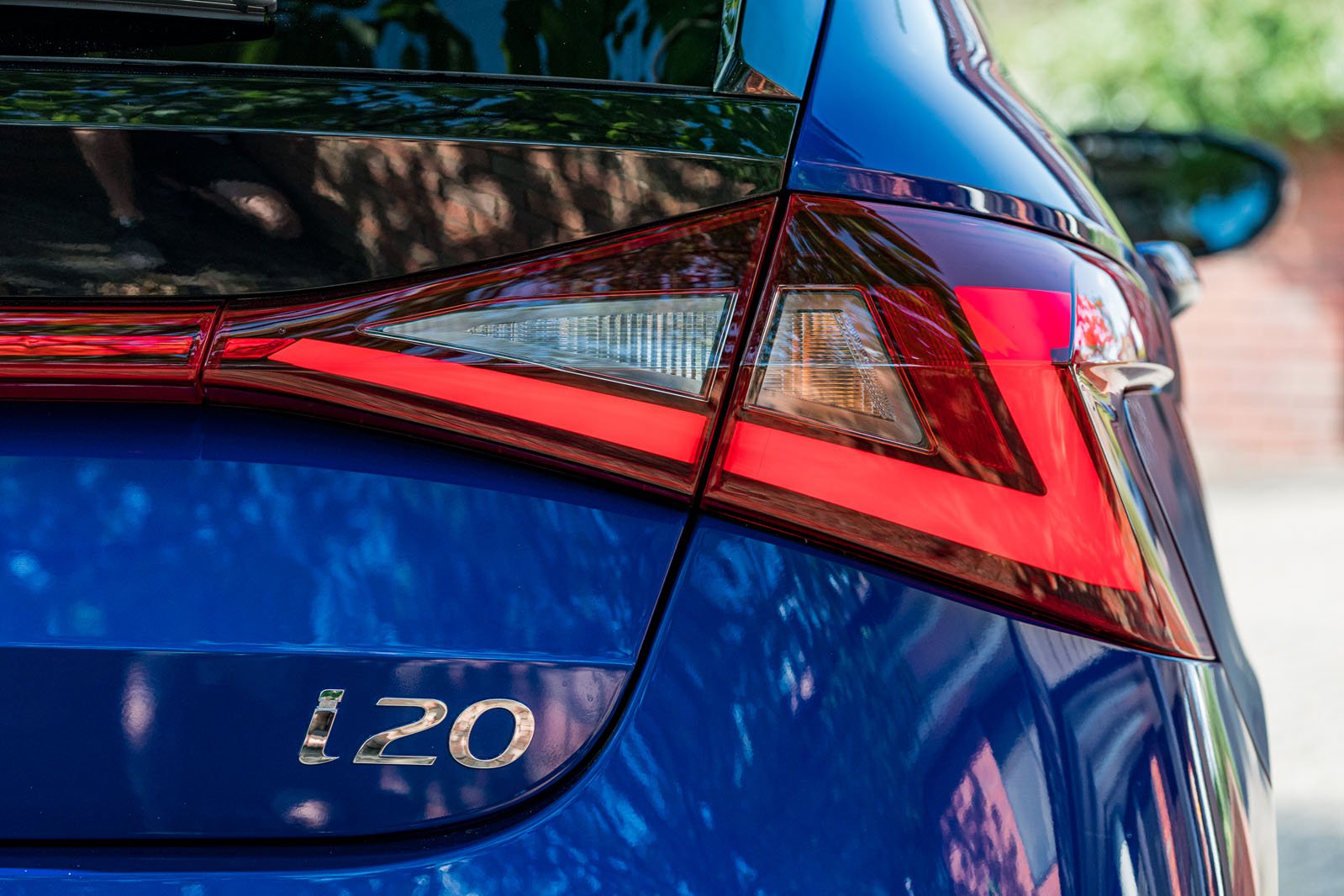 The ride of the new i20 is still being finalised, but like the current car, it deals well with undulations and speed bumps. On rougher roads, however, such as when you run over an expansion joint or pot hole of the kind that the best in this class – the Volkswagen Polo – would smooth over, it can send a shudder back through the car. Some fine-tuning needed, there.

Another criticism we had of the old i20 was that its steering could feel numb and slow to respond, and this is something that Hyundai’s engineers apparently worked to improve with this new model. And it shows, because this i20 now has a sense of agility to rival even the Seat Ibiza. Its steering still doesn’t give you a lot of feel, but it’s well-weighted and accurate, so you rarely have to make adjustments mid-corner. The i20 still leans a little more than we’d like through bends, but in terms of improvements over the old car, the new i20’s handling is in a different league.

We can’t say too much about how noisy the new i20 is, because this early prototype barely had any sound-deadening materials installed. That said, the 1.0-litre engine’s drone never becomes so loud that you’ll want to turn up the radio volume to drown it out. 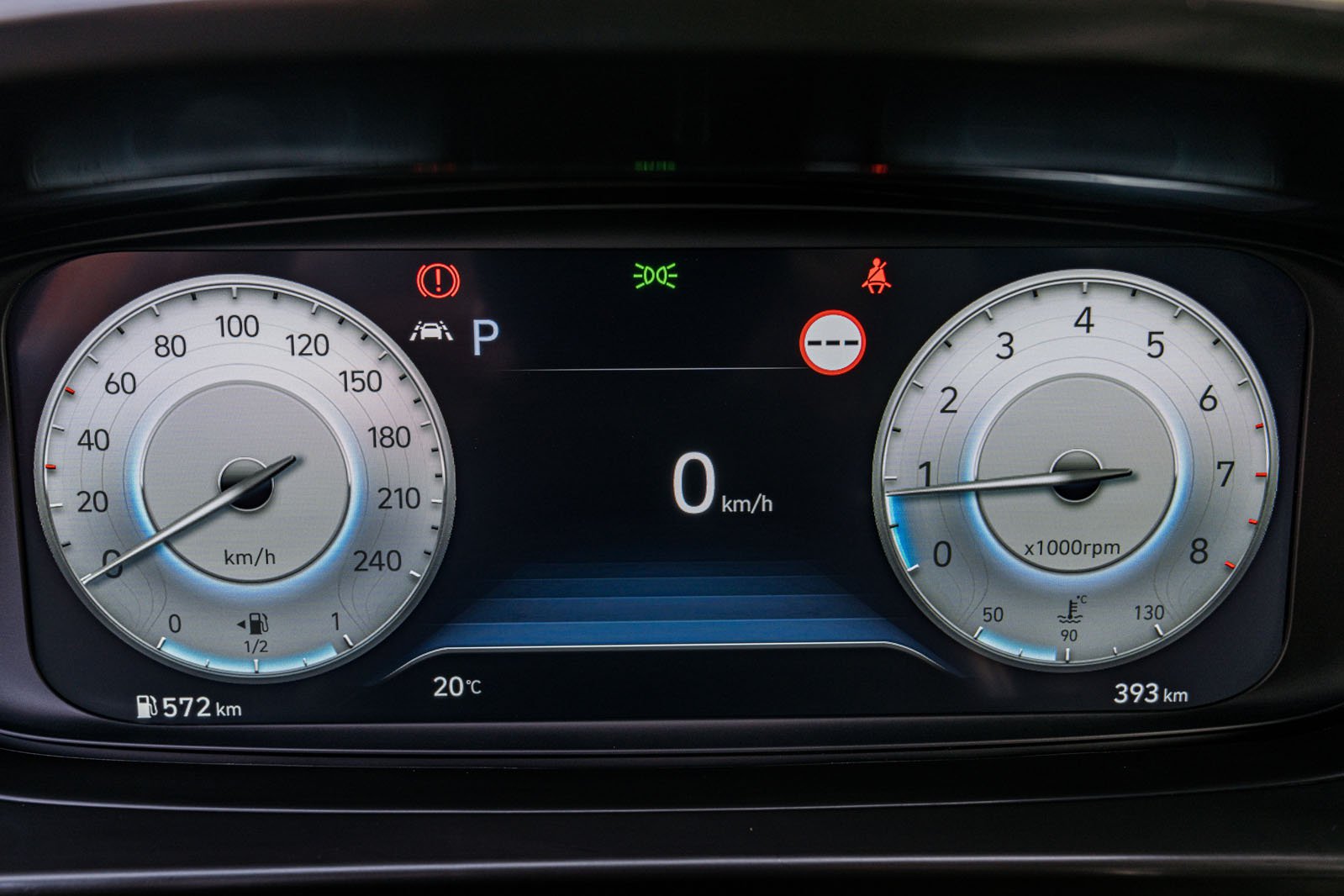 Here’s where we need another of those ‘this car is not production-ready’ caveats, because our test car had swathes of scratchy black and white plastic where, Hyundai says, the i20 you’ll be able to buy will have far more high-quality materials. What we can tell you is that the seating position is top-notch, with seat, pedals and steering wheel all in alignment. That might seem like a small point, but, on longer journeys especially, you’ll feel the difference.

All i20s are expected to come with a 10.25in screen in place of analogue dials, and either an 8.0in or 10.25in touchscreen infotainment system depending on which trim level you choose. The digital dials don’t appear to be as customisable as those you’ll find in a Volkswagen Polo or Seat Ibiza – and, of course, aren’t finished yet – but look swish enough, while the infotainment system we tried was quick to respond to inputs. Although, and all together now, the infotainment system would be easier to use on the move if it used physical buttons.

There’s mixed news for vertically-advantaged folk; although a six-foot tall passenger will find they have an abundance of leg room behind a driver of a similar height, the i20’s sloping roofline means that the top of their head will be wedged against the roof lining. That said, the rear doors open nice and wide, so at least getting in and out doesn't take any undignified contortions.

Elsewhere, the boot is wide and usefully deep, and you can fit more into it than you would in either the Fiesta or Polo.