The new Lexus NX 350h hybrid large SUV promises comfort, practicality and plenty of luxuries while keeping your fuel bills down. We've driven one to see how good it is.....

Despite driving the latest and greatest cars for a living, it’s quite rare for a new model to take us road testers by surprise, in part because modern cars tend to be so chuffing accomplished. And yet, when we drove the all-new Lexus NX at the tail end of 2021, we’ll admit that it rather startled us.

Why? Well, put simply, we can’t remember another model of car that has improved so much from one generation to the next. The latest NX really is a night-and-day improvement over the car it replaces.

Not only does it benefit from sharper styling, a revised interior and a vastly improved infotainment system, but the 450h plug-in hybrid (PHEV) version also runs rings around its Audi Q5 TFSIe and BMW X3 xDrive30 rivals thanks to its impressive 45-mile all-electric range and low company car tax.

Now, though, we have the opportunity to try the NX as a cheaper regular hybrid. Called the 350h, it's available with either front or four-wheel drive and gets the same 2.5-litre petrol engine as the 450h.

The main difference is that you don’t plug the 350h into a power source to charge it up. As a regular hybrid, it charges itself on the move and therefore has a smaller battery – and a considerably shorter electric-only range – than the PHEV. 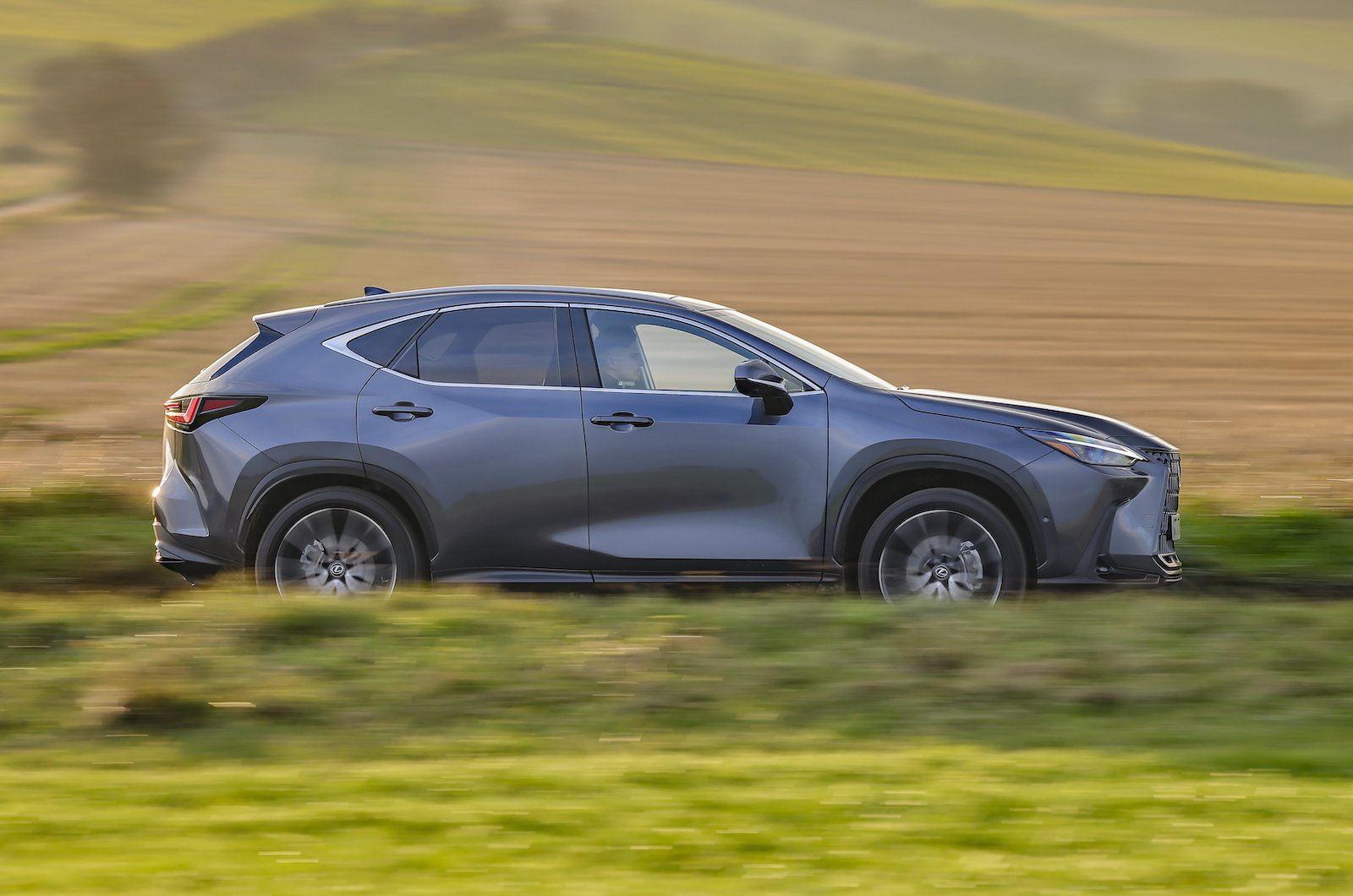 The NX 350h comes with an EV Mode button that allows you to tickle along in slow-moving traffic on battery power alone.

That not only helps to cut fuel consumption and CO2 emissions but also makes for relaxing progress. Well, for a few hundred yards at least. If you demand more than a light canter, the engine kicks in, giving a total system output of 241bhp.

The transition between power sources is slick and reasonably quiet right up until the moment you ask the 350h to accelerate quickly. Putting your foot down hard sends the petrol engine revving high as the car accelerates, and the revs only start to subside when you ease off. This behaviour – due to the CVT automatic gearbox – can be a little jarring because the engine sounds rather coarse and channels vibrations up through your feet. 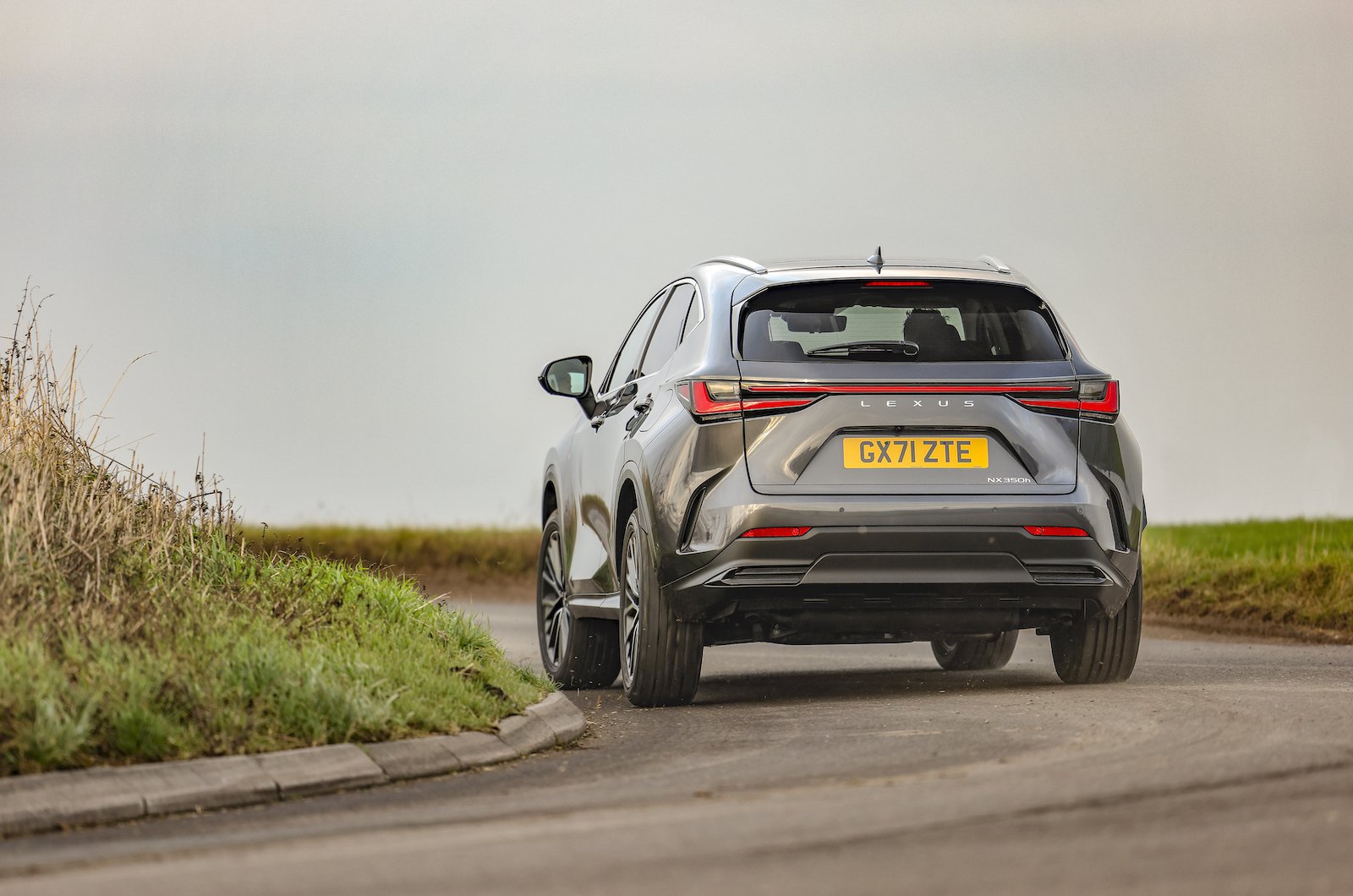 As you might expect from a car with nearly 250bhp (even a large SUV), acceleration is pretty nippy. The official 0-62mph time is just 7.7sec, which is significantly quicker than a petrol X3 xDrive20i. Just be aware that if you're enthusiastic with your right foot, even occasionally, you'll see fuel economy drop into the low 30mpgs.

In range-topping Takumi trim (as tested), the NX rides on large, 20in alloy wheels and doesn’t get the adaptive suspension of the F-Sport model, but aside from the odd thump over larger abrasions, the ride is surprisingly comfortable. Although this is in no way a ‘sporty’ SUV, it generates plenty of grip in bends and the steering is natural and consistent enough to give you confidence on a winding country road. 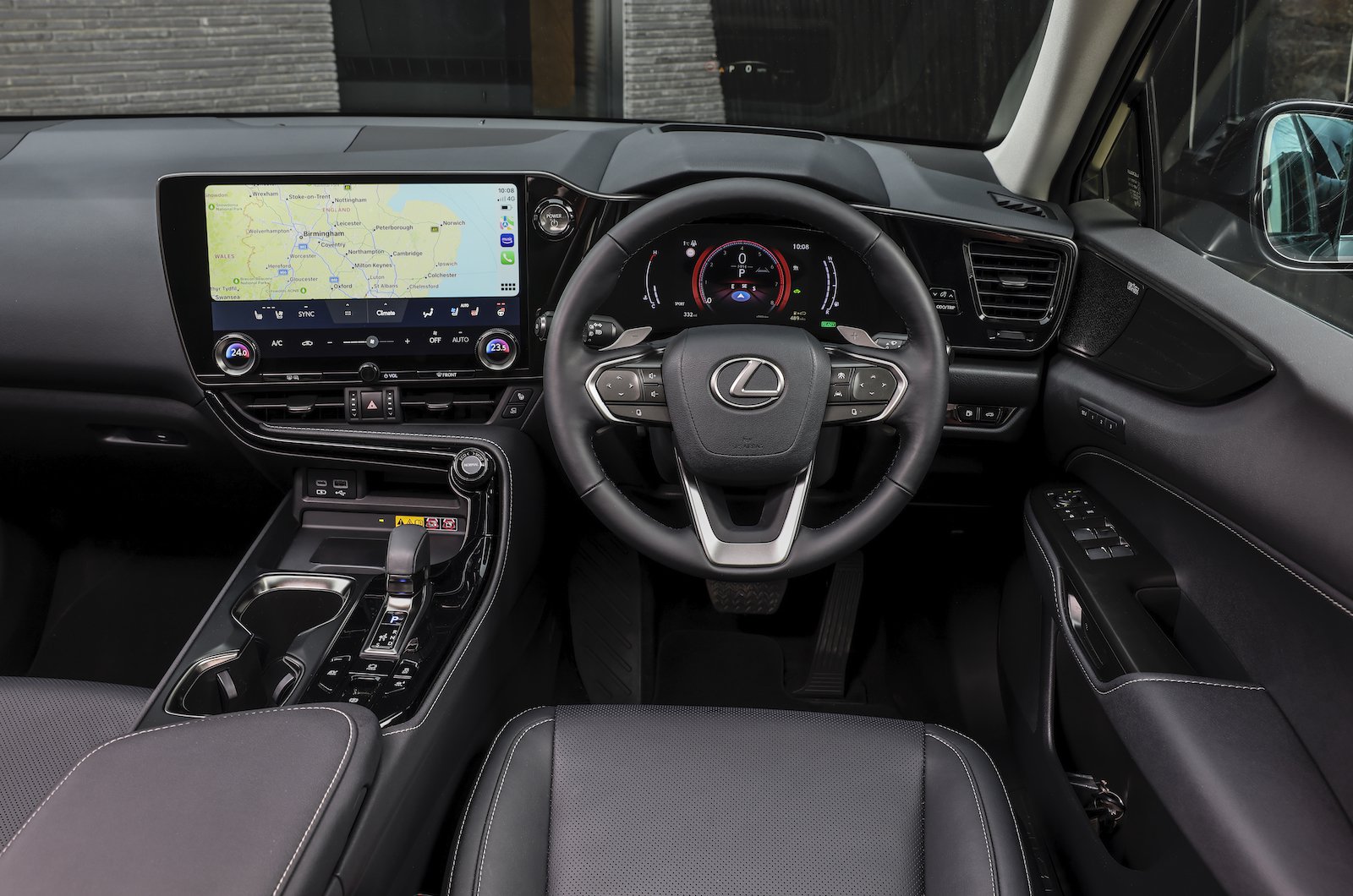 The interior of the NX 350h is pretty much indistinguishable from the 450h’s. The materials are top-notch, everything feels well screwed together and the 14.0in infotainment system (NX and Premium Pack models get a smaller 9.8in unit) is superb.

The infotainment is controlled with the touchscreen only, so it’s more distracting to operate on the move than the rotary controller-based iDrive system in the X3, but the icons are well spaced out, the screen is crisp and it responds quickly to commands.

As we found in the 450h, there’s also plenty of space up front and in the rear, and while the boot isn’t as big as what you’ll find in the Hyundai Santa Fe or Kia Sorento, it’s still a decent size. As a nice little bonus, there's also a surprising amount of underfloor storage.