Good budget cars like Hyundai's i20 and Skoda's Fabia keep their thriftiness under wraps, but is the latest Suzuki Baleno the new austerity champ?...

Roomy, well equipped and solidly built, the second-generation i20 now has a tiny turbo engine.

The Fabia isn't only our mid-priced small car of choice, it's also our favourite small car at any price.

An all-new model that comes generously equipped even in its entry-level guise, as tested here.

Suzuki has impressed us for some time with the fast and characterful Swift Sport, but the workaday Swift 1.2 – fun and affordable as it is – can’t compete with the best small cars. However, the Japanese company has now introduced the five-door-only Baleno. It’s bigger, more efficient and – with the new 1.0-litre turbo three-cylinder petrol engine tested here – faster than the Swift, with an impressive equipment list to boot.

It enters one of the toughest classes, though. To prove its mettle, the Baleno must face our Small Car of the Year for both 2015 and 2016: the roundly impressive Skoda Fabia, which delivers space, neat handling and decent levels of kit on a budget.

Completing our line-up is the Hyundai i20. Like the Baleno, it has a peppy new 1.0-litre three-cylinder engine that might just be capable of embarrassing the Skoda’s more traditional four-cylinder 1.2.

The Skoda Fabia’s four-cylinder engine is undoubtedly fit for purpose, but the smaller three-cylinder engines in the Hyundai i20 and Suzuki Baleno easily outshine it for performance, character and flexibility. The i20 and Baleno duck below 10sec for the 0-60mph dash, plus both pull comfortably from very low revs and emit a fun, almost sporty noise.

The Fabia takes a more leisurely 10.6sec to reach 60mph from a standstill and it isn’t as strong from low revs. You have to work it harder in general, although it does rev more smoothly than the burbling three-cylinder engines. Of those, it’s the superior oomph of the Baleno’s engine that gives it the edge over the i20’s, which also suffers from vibration when the car is stationary. 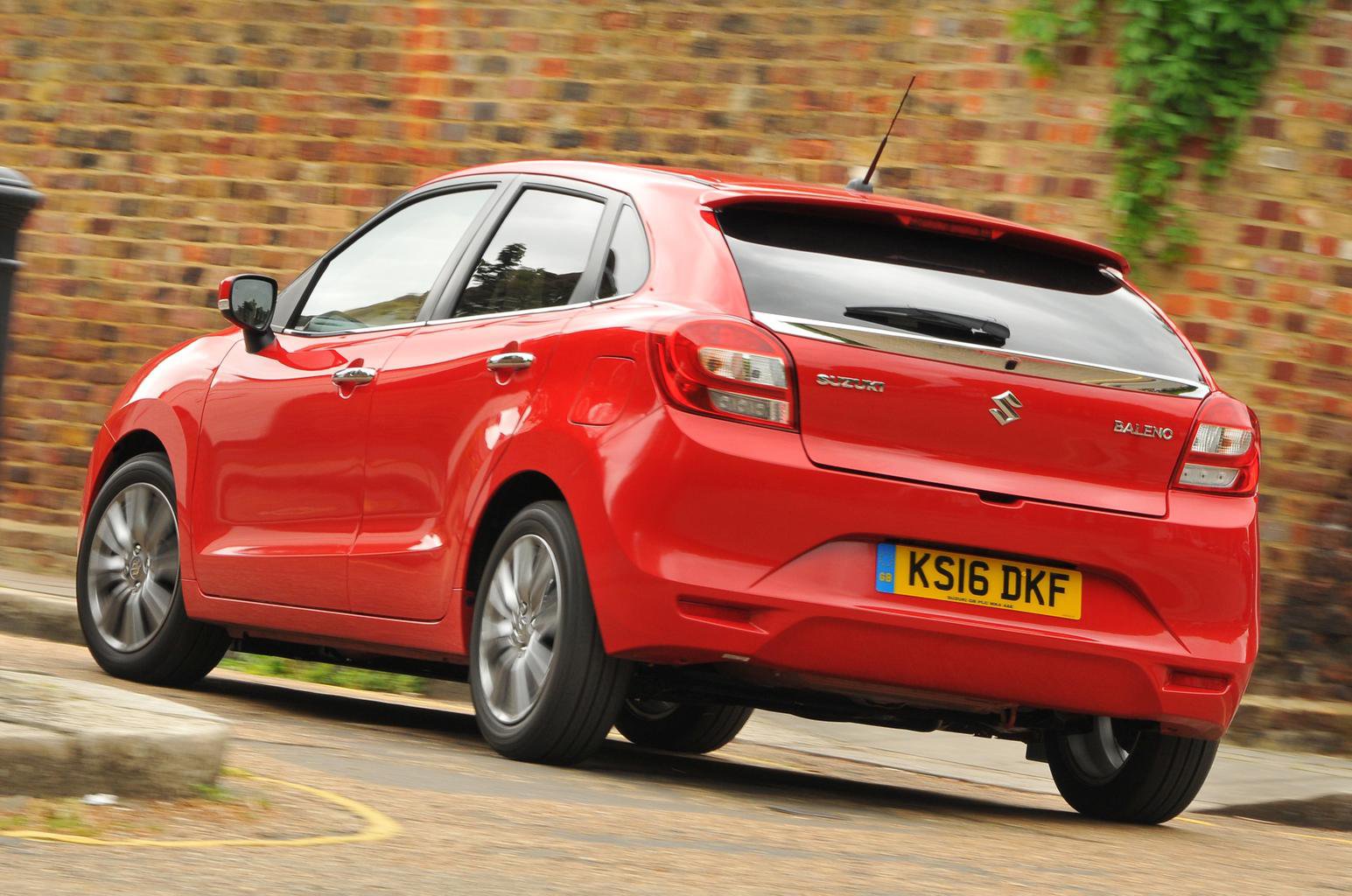 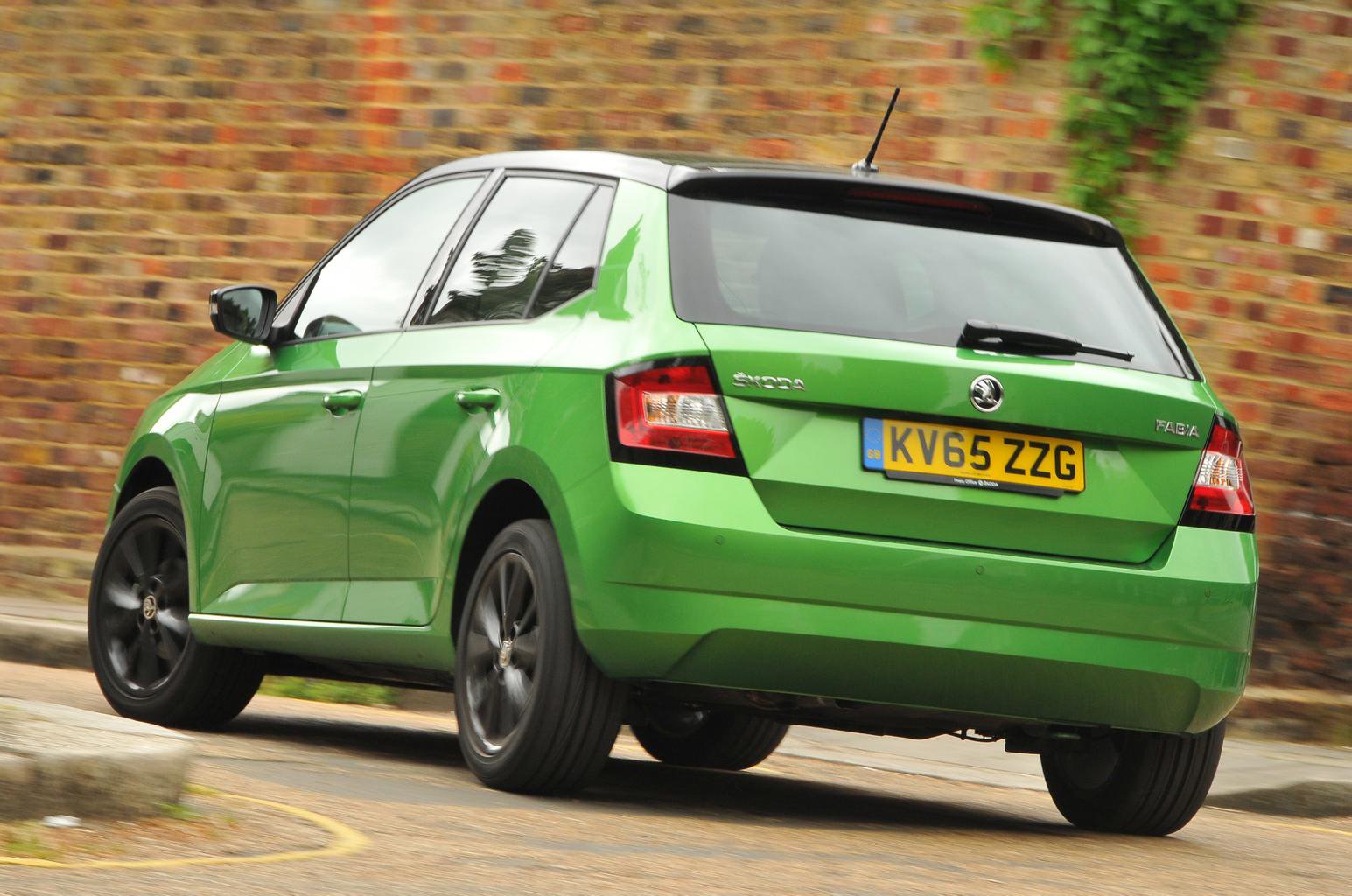 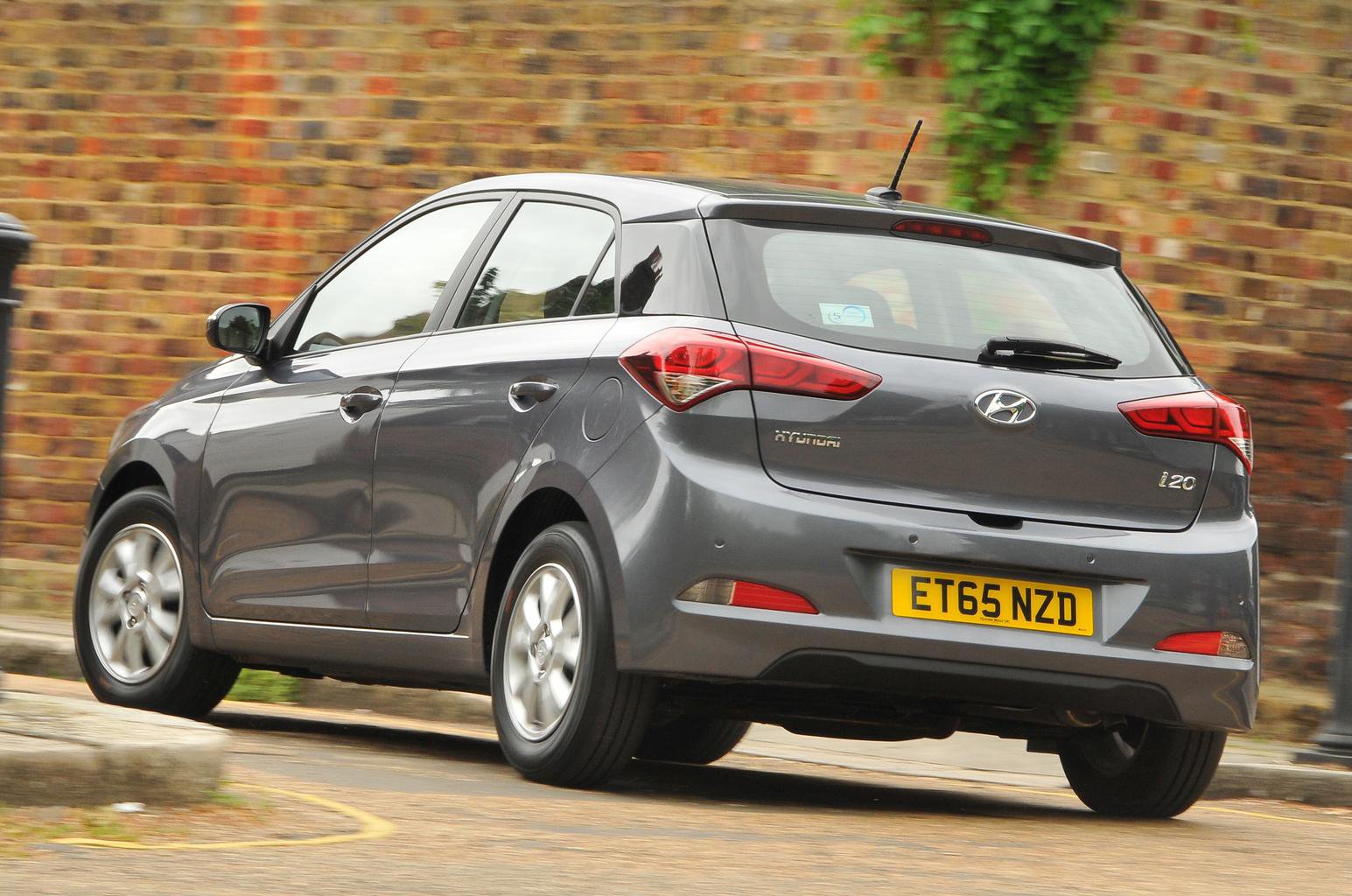 All have five-speed manual gearboxes. The i20’s and Fabia’s fairly short, precise shift actions show up the Baleno’s notchy, loose-feeling change. Despite the absence of a sixth gear, all three engines are relatively hushed at a typical motorway cruise, although there’s noticeable road noise across the board and the Baleno also loses points for prominent wind noise.

The Baleno’s steering doesn’t self-centre very well on the motorway, so you have to make frequent corrections to keep it tracking steadily in the lane. The i20 and, in particular, the Fabia feel more composed at motorway pace.

Venture onto country roads and the Baleno’s steering disappoints again, offering very little feedback and inconsistent weighting. There’s also pronounced body roll if you lift off the accelerator while cornering.

The i20 and Baleno have low-resistance tyres as standard, which are good for economy but reduce grip. The Fabia, with its conventional rubber, feels most planted through corners and has the least body roll and most natural feeling steering.

The i20 stays fairly upright through corners, but its steering is needlessly heavy at speed and it feels artificial. In urban use, the steering is suitably light in all three, but the Baleno’s wheel needs more twirling than the others in tight corners.

The i20’s relatively firm and noisy suspension is quite unsettled over patchwork urban roads, and it bobs over small bumps and scars, even at higher speeds. The Fabia thumps a bit, too, but it is more forgiving than the i20 and more inclined to settle as it picks up speed. The softly sprung Baleno is composed for the most part, but it still feels choppy over poor town roads.