The Cupra Ateca is one of our favourite Sports SUVs, but is it a better buy than the larger and more luxurious used Jaguar F-Pace S?... 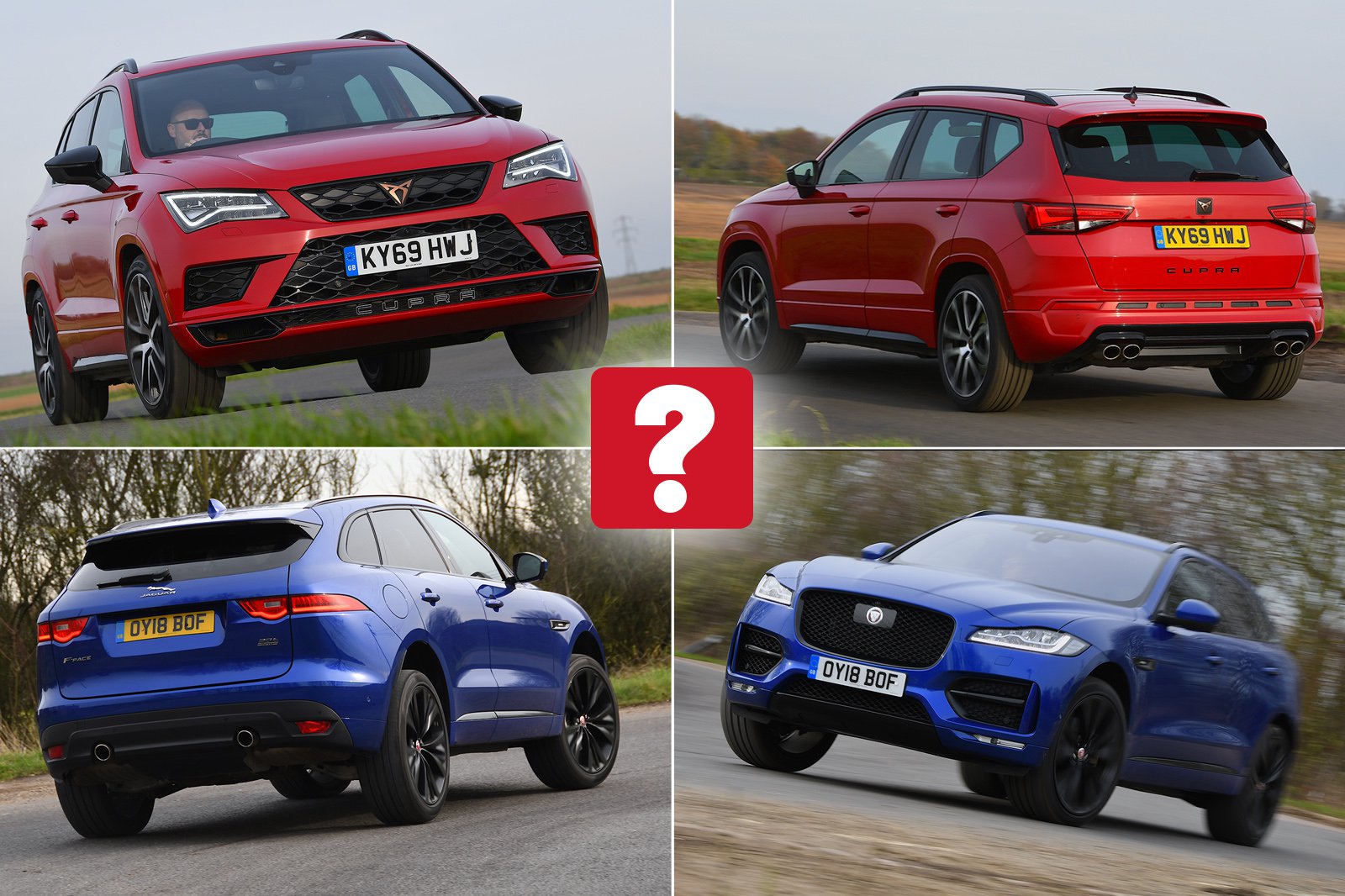 We're fans of the current Cupra Ateca. Heck, we even gave it a Sports SUV of the Year Award when it first came out, because nothing could beat its blend of stonking performance, generous equipment list and practicality for a relatively low outlay when compared with the competition.

However, times change; the Ateca is no longer the new kid on the block and has been vanquished by the likes of the Volkswagen T-Roc R for our affections. Some may even wonder if they could be better off looking for something pre-owned that's equally quick and nice to drive, something like the Jaguar F-Pace – specifically the supercharged 3.0 V6 S version.

While the F-Pace isn't strictly classed as a Sports SUV, this particular model is essentially a match, performance-wise, to the Ateca, and it has always been one of the best large SUVs to drive, so this should make for a pretty close comparison. Let battle commence.

*Price today is based on a 2018 model with average mileage and full service history according to the What Car? Valuation service, correct at time of writing

Aside from the liberal application of Alcantara suede trim across the seats and door cards in the Ateca, there isn't an awful lot to distinguish it from lesser Seat versions of the same car inside – apart from the copper-coloured Cupra badge, of course. That's not an entirely bad thing, though, because the basic layout in the Ateca is very logical and straightf0rward to use.

The 9.2in touchscreen is fairly intuitive to use, but would be better if it had proper shortcut buttons for switching between menus instead of touch-sensitive icons that force you to take your eyes off the road for longer. The system is augmented by a 10.3in digital instrument panel in place of analogue dials. This is highly configurable and can show you lots of useful information, including the sat-nav map, audio menus and trip computer.

Ordinarily, the Ateca would be a little behind the F-Pace in terms of equipment, but we've gone for the comfort and sound pack which adds heated front seats, an electric tailgate, and uprated Beats audio sound system to bring it to being more or less a match with the Jaguar. The Cupra also has full smartphone integration with Apple CarPlay and Android Auto – features you can't have in an F-Pace of this age.

For the most part, the InControl Touch system is easy enough to use and provides an 8.0in touchscreen, plus sat-nav and a DAB radio. However, we’d recommend finding an example with the upgraded InControl Touch Pro system because it adds a larger and quicker-responding screen, as well as a more sophisticated sat-nav, an uprated stereo and a hard drive to store your music on.

What also works in the Ateca's favour is the somewhat patchy quality of the F-Pace's interior. The top of the dash and doors are covered in a leather-look vinyl that seems nice, but there are plenty of scratchier plastics lower down. Also, some of the major touchpoints feel a bit flimsy in a car that was once more than £50,000 when new.

Despite the fact that the F-Pace is bigger externally, it doesn't really beat the Ateca in terms of passenger room. In fact, you'll find more head room front and rear in the Ateca, probably due to it having the flatter roofline of the two that doesn't taper off at the rear. You get slightly more rear leg room in the F-Pace, but an extra 2cm is hardly significant.

What's more noteworthy is the standard-fit 10-way electrically adjustable front seats in the F-Pace that make finding a comfortable position a cinch. In the Ateca, reaching for things such as the infotainment screen can become a bit of a stretch, and some people might find that the steering wheel won't go low enough for their ideal driving position, but at least that means you get an uninterrupted view of the instrument cluster through the spokes.

The biggest difference between the two comes when you look at boot capacity because the F-Pace is considerably more practical in this regard than the Ateca. We could fit eight carry-on suitcases into the Jaguar, while the Cupra managed only six. That's still enough luggage capacity for four holidaymakers, though.