With up to £20,000 to spend on an SUV, you could buy a new Ford Puma or a nearly-new example of the bigger Nissan Qashqai. Let’s see which one makes most sense... 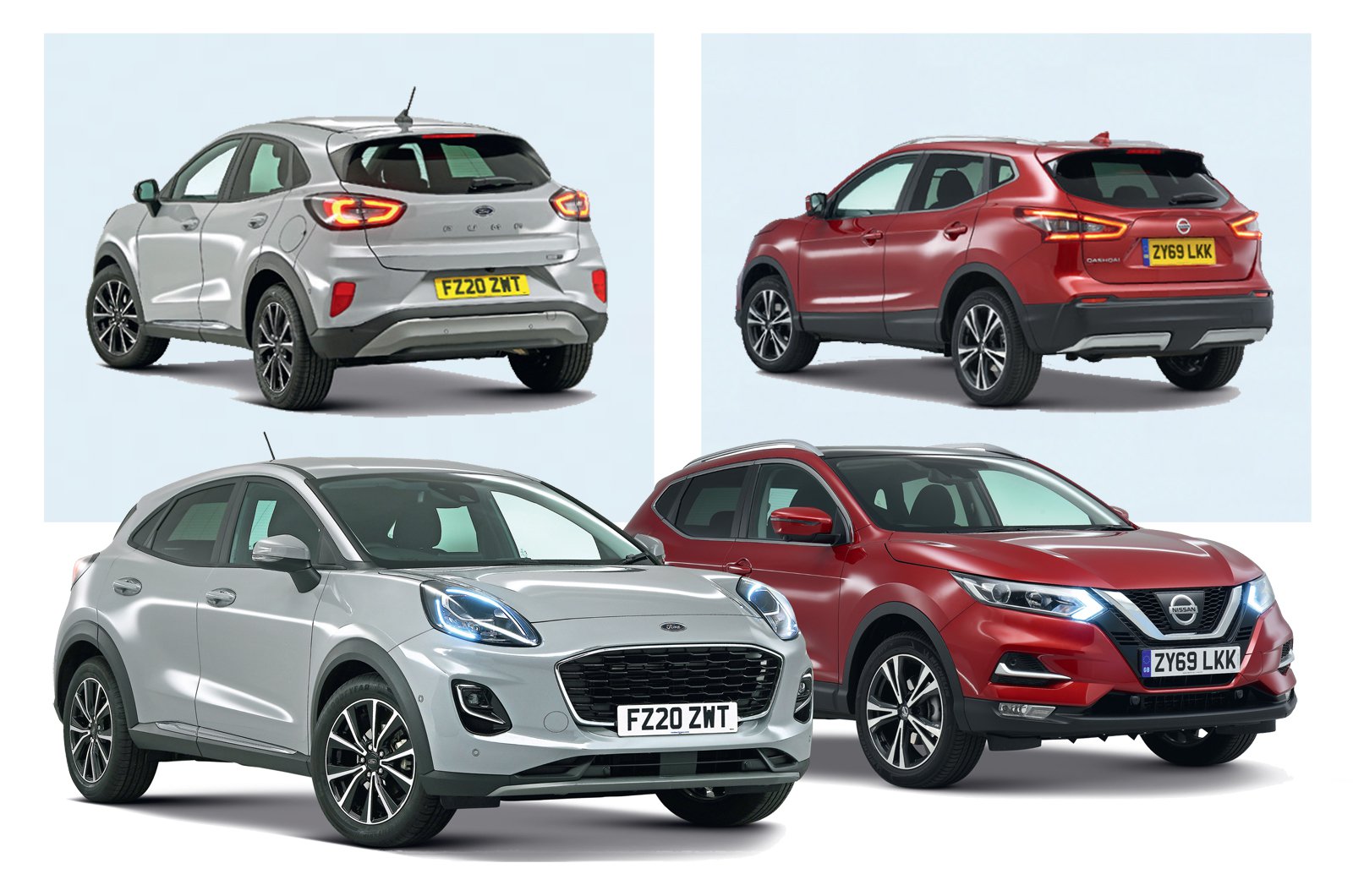 Entry-level version of our 2020 Car of the Year can be had for less than £20k if you’re a savvy buyer.

Buy nearly new and you can have a larger Qashqai for the same price as a new Puma. 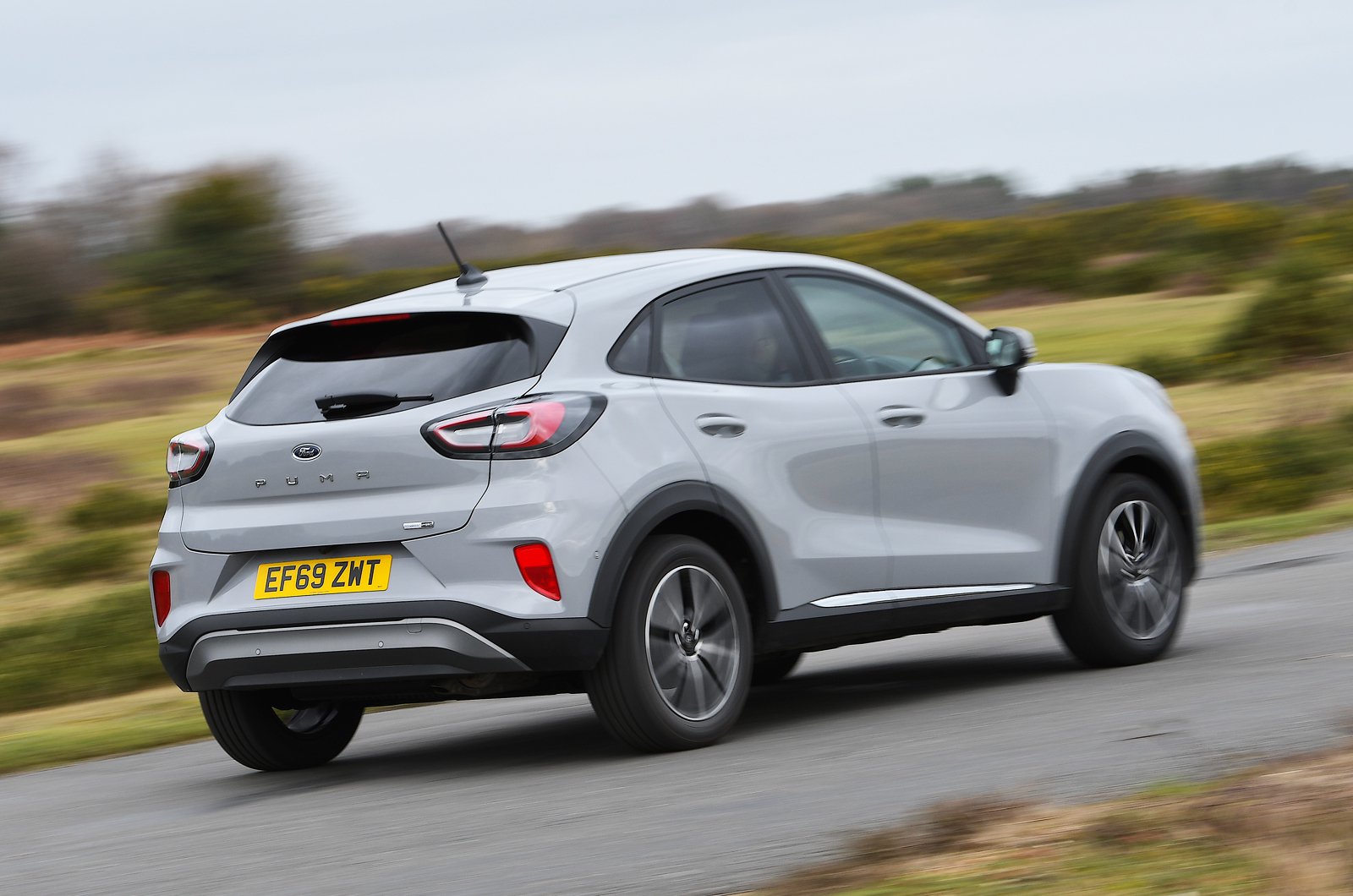 If you haven't heard, the new Ford Puma is our 2020 Car of the Year. To sum it up, it’s a brilliant all-rounder and a better buy than any of its small SUV rivals, including the Nissan Juke, Renault Captur and Skoda Kamiq.

But what if you were to spend the same money on a nearly new alternative? A six-month-old Nissan Qashqai, for example, could be yours for roughly the same cash, and you’d be getting an altogether larger car. The Qashqai also happens to be a former Car of the Year, winning the award back in 2014, so it’s hardly a lemon.

To find out if new or used is the better buy here, we’ve lined up the Qashqai in popular 1.3 DIG-T 140 N-Connecta spec. The nearest match in the Puma line-up is the entry-level 1.0 125 mHEV Titanium, which is already available with some tempting discounts, as we’ll go on to explain. 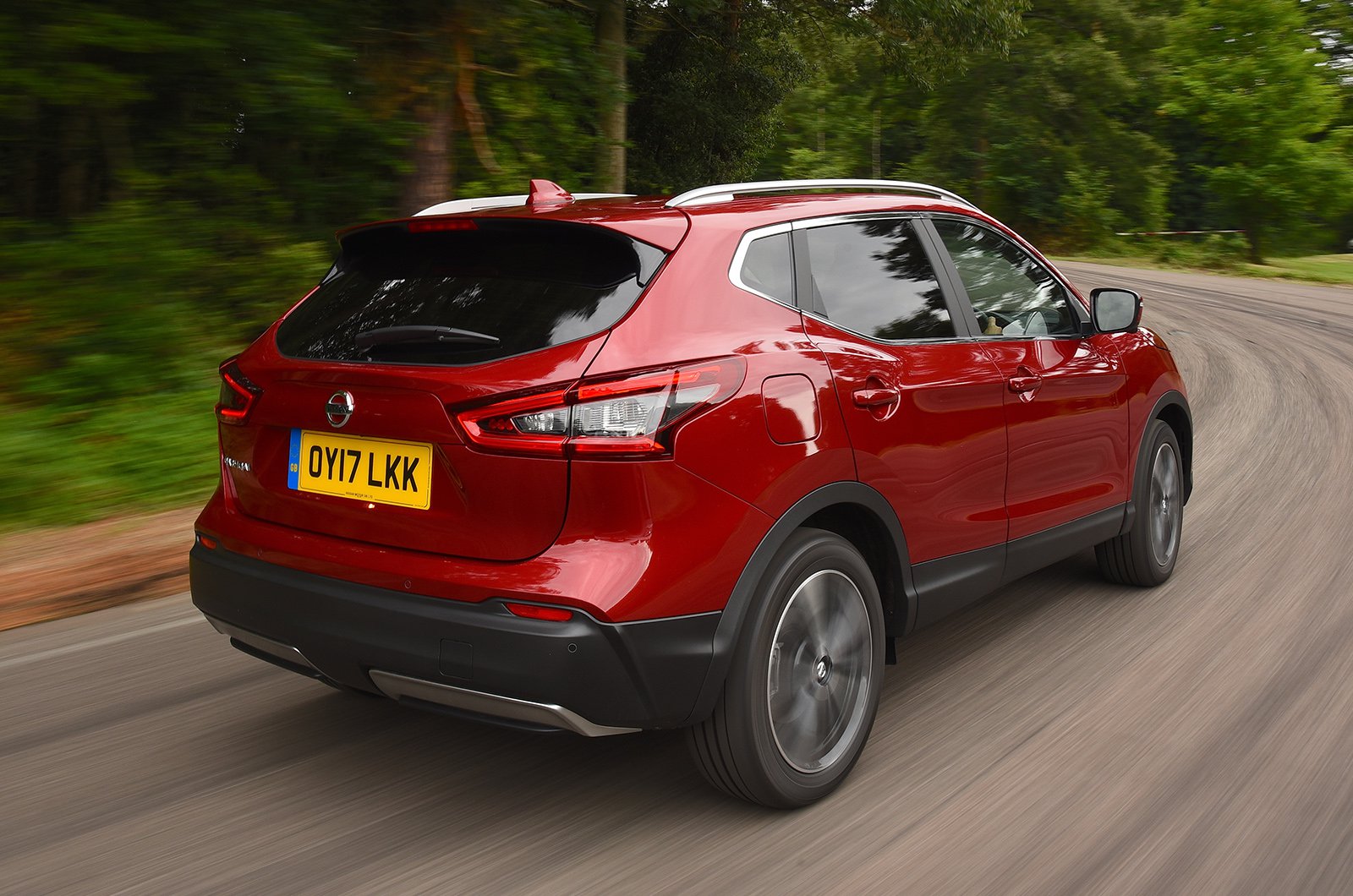 Although the Qashqai has a larger and more powerful engine, it’s also a fair bit heavier than the Puma. Indeed, in our own acceleration tests, the latter managed to hit 60mph from a standstill slightly quicker than its Japanese rival and also had the edge from 30-70mph – the sort of rolling acceleration that’s handy when overtaking a lorry on a country lane or pulling onto a motorway.

There isn’t much in it, though, and the Qashqai’s four-cylinder engine definitely goes about its business in a more subdued fashion. You hear the odd whoosh from the turbocharger, but that’s about it, whereas the three-cylinder Puma has a sportier rasp.

Neither car is especially hushed overall, but the Puma generates less road noise at 70mph and less suspension boom around town. It also has a sweeter gearshift and more feelsome clutch pedal, making it an easier car to drive smoothly. 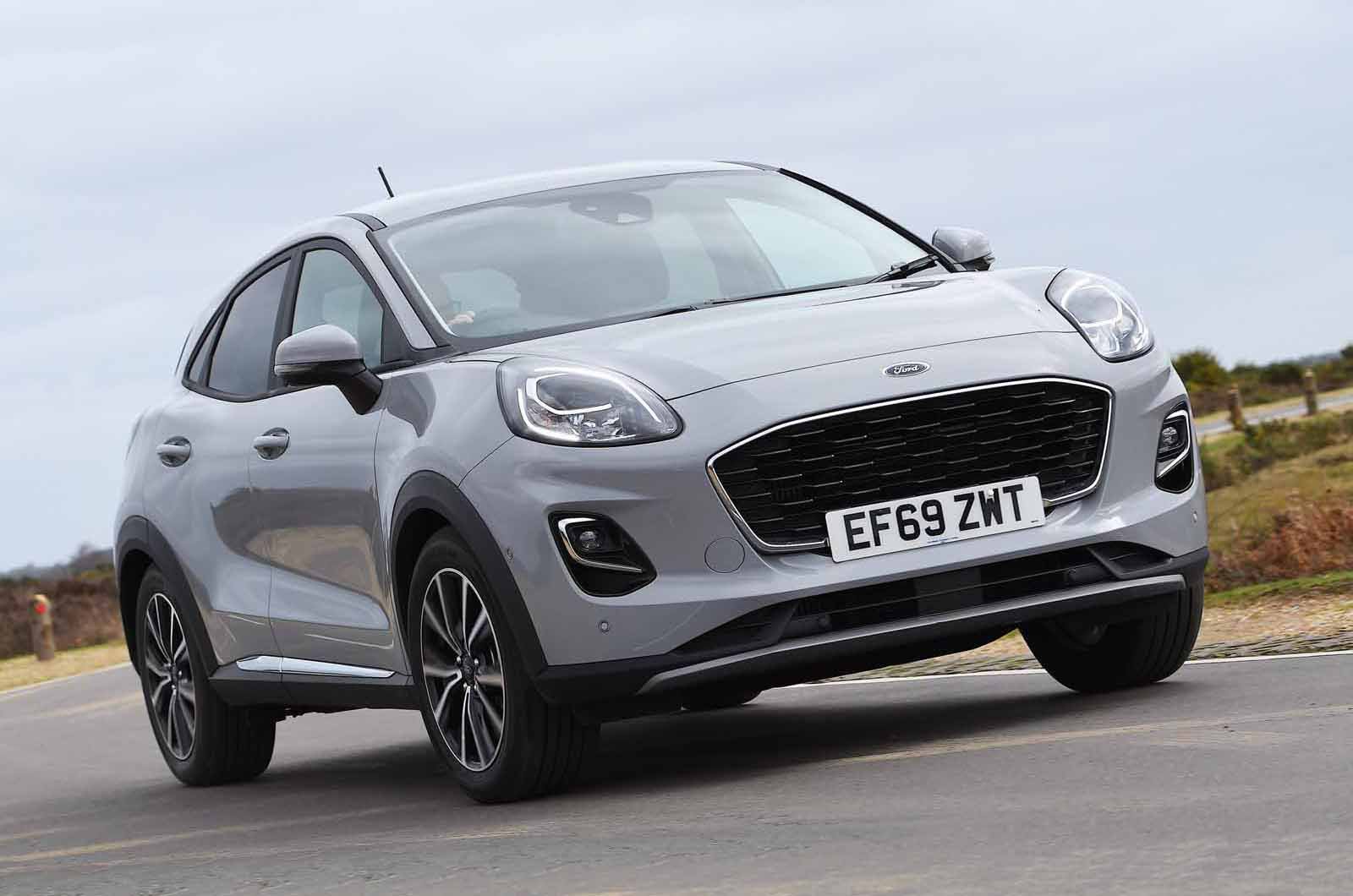 The Puma’s 48-volt mild hybrid system (that’s the ‘mHEV’ bit) deserves special mention; it shuts the engine off when you’re coming to a stop to save fuel while keeping the steering and brakes supplied with power. Engage a gear at a standstill and the engine fires itself back to life in the blink of an eye, before a small electric motor lends a hand when pulling away to ease the load on the engine and reduce fuel consumption (we’ll talk more about that later).

The Qashqai’s engine also shuts off automatically, but only when you come to a standstill, and it takes longer to start back up again.

If you’re looking for a super-smooth ride, there are better options than either of these cars; consider a new Skoda Kamiq or a used Volkswagen T-Roc if you’ve got a £20k budget. Mind you, the Puma is far from a bone-shaker. It just follows the contours of the road more closely than many cars of this type, although it’s always well controlled when doing so; there’s no unwanted body bounce along undulating roads. 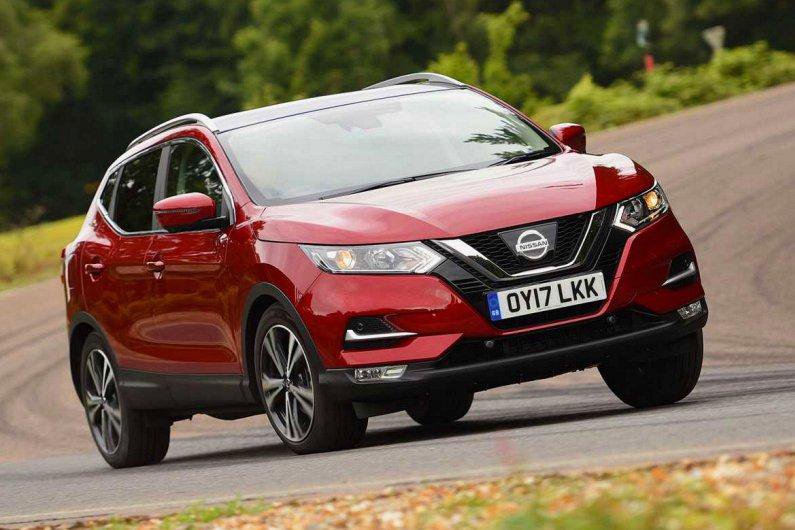 When this generation of Qashqai was first launched back in 2014, it had the most supple suspension setup of any family SUV. But two things have happened since: one, the bar has been set a lot higher by newer arrivals, and, two, Nissan tweaked the Qashqai’s suspension during a 2017 facelift to improve the car’s cornering skills. Compared with the Puma, it jostles you around more along scarred roads and is less settled on the motorway.

Have those suspension tweaks made the Qashqai great fun to drive, though? In short, no. That’s not to say it’s a wallowy barge; it’s just completely outclassed by the lighter, lower Puma, which has more grip and changes direction far more eagerly. The Puma’s steering is also more precise and gives you more feedback, making it the more rewarding car to drive.