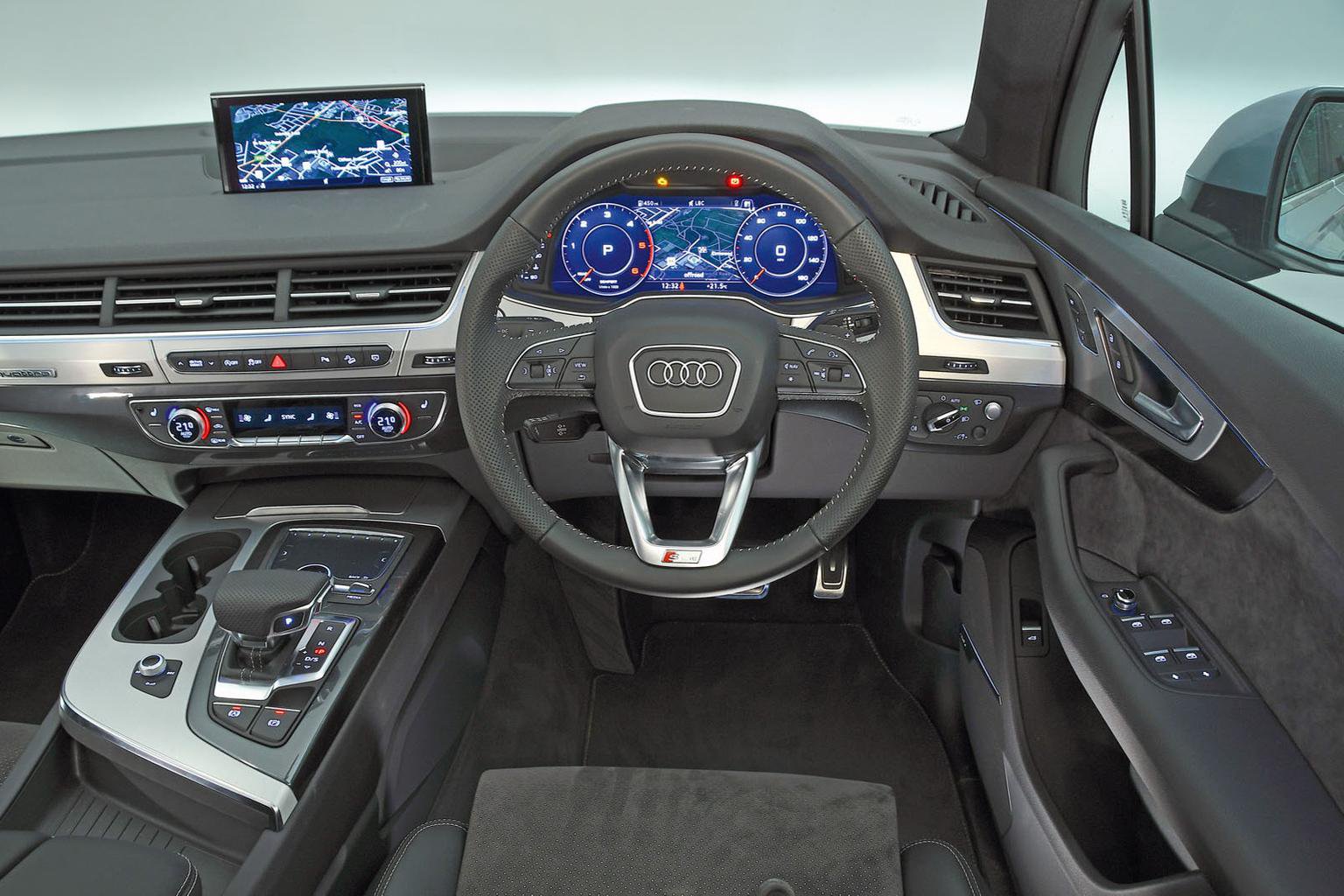 If you’re a fan of a commanding driving position, you’re in luck. Even with the driver’s seat set to its lowest position, all three will have you staring over the roofs of most other cars. If you’re short, it’s easy to jack yourself up enough to see the end of the bonnet, thanks to standard electric front seats. They also have four-way adjustable lumbar support and extendable thigh support. We didn’t have any issues getting comfortable in any of them, although the RX’s seats are a little fl at, allowing you to slide around more in corners.

For those chilly mornings, all get heated front seats, although the RX adds heating for the outer seats on its second row, along with a heated steering wheel. Those last two items cost a reasonable £250 on the Touareg but £650 on the Q7. The Touareg is alone in offering massaging front seats (£1050). 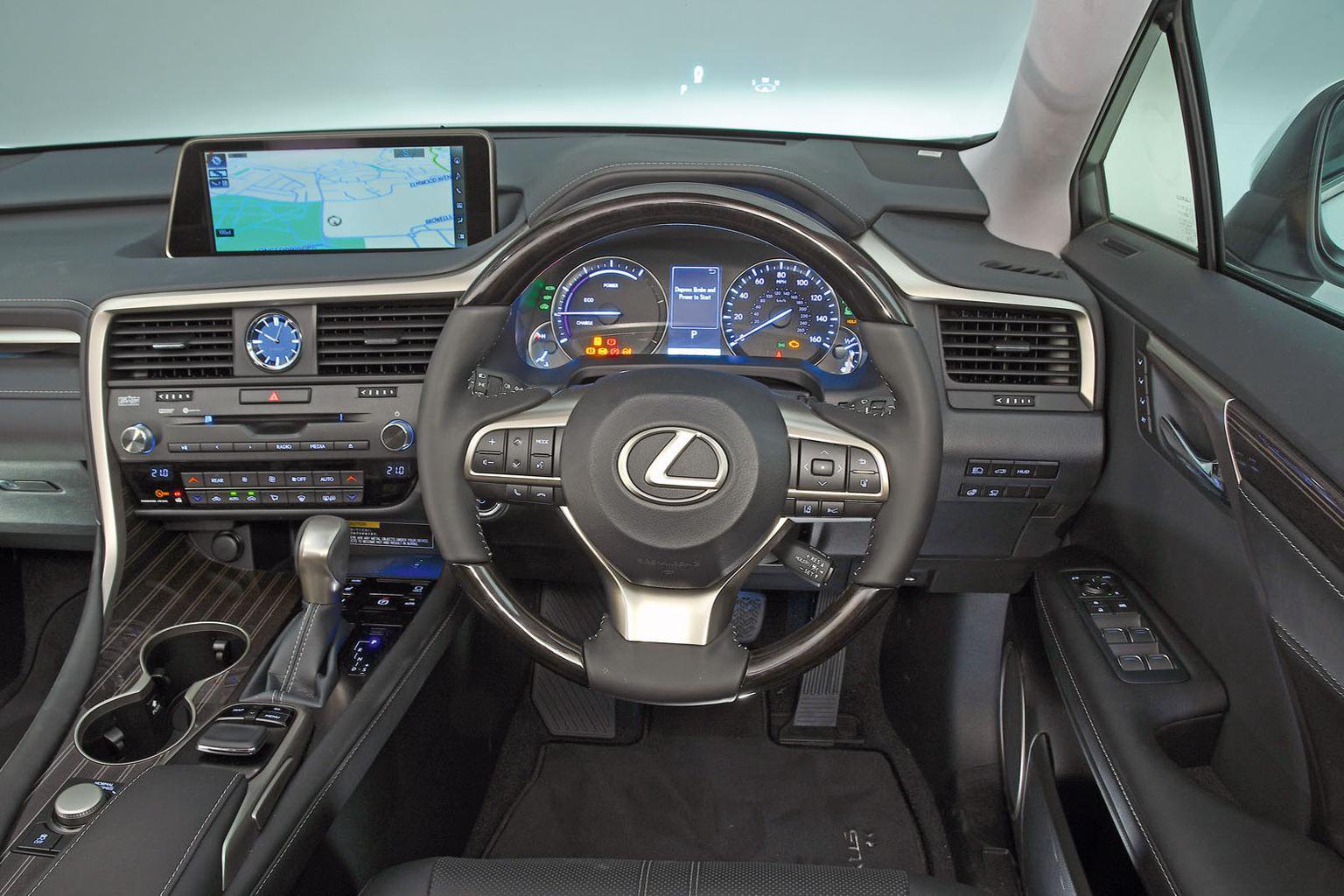 All get front and rear parking sensors as standard, but there are definite winners and losers in the visibility stakes. While the RX is the only one to get a bird’s eye-view camera system complete with a reversing camera and blindspot monitors as standard, it also has the thickest windscreen pillars, smallest side windows and chunkiest rear pillars. Seeing out of the Q7 is easier, but it doesn’t get any cameras at all as standard. Meanwhile, the Touareg’s pillars are no more intrusive than the Q7’s, while a reversing camera and a self-parking feature are standard. When fitted with four-wheel steering, it’s the easiest to manoeuvre in tight spaces.

But the biggest differences between these three come when you take a closer look at the fit and finish of the interior. While the Touareg certainly looks fl ash with its 15.0in infotainment touchscreen butted up to a 12.0in digital instrument cluster, glitzy trims and white stitching, closer inspection reveals materials that would be more at home in a £25,000 Tiguan, not nearly £60,000 worth of luxury SUV. Sure, there’s plenty of squidgy plastic on the top of the dashboard and doors, but everything below this is hard to the touch and there were some inconsistent gaps between the chrome trim around the touchscreen in our test car. 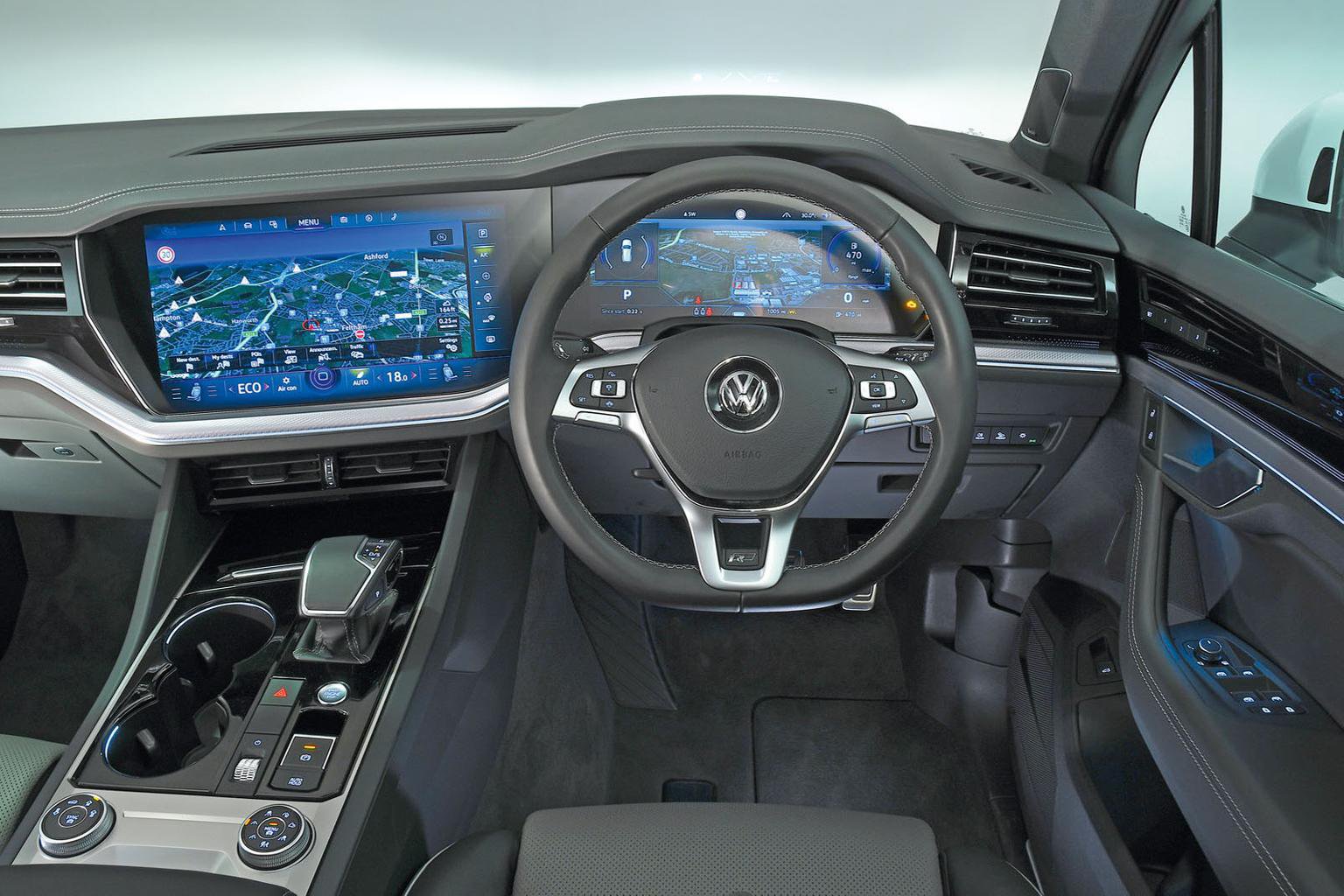 Although the RX isn’t free of hard plastics, there are far fewer of them. Some of the upholstery on the doors feels thin, too, but overall the interior is sufficiently plush. But the undisputed winner for quality is the Q7. Not only does every switch work with delightful precision (a few of the RX’s could have been lifted from a cheap hatchback), but there’s also loads of squidgy plastic. All in all, it feels like the most expensive car here.

The Q7 is also the simplest to use, with all the controls in logical positions. In comparison, the RX places a few buttons (such as those for the heated seats and steering wheel) where they’re hard to see. Still, it’s better than the Touareg, which has an interior that has been largely stripped of physical buttons. While that might sound like a minimalist delight, it means you have to delve into the touchscreen just to tweak the climate control and even make certain adjustments to the seats. That’s acceptable when you’re stationary, but it’s very distracting when you’re on the move.