*Price today is based on a 2020 model with average mileage and a full service history using the What Car? Valuation tool and is correct at the time of writing

So, you’re after a small SUV? You’re not alone. This is certainly a burgeoning class of car, and there are now plenty of them to choose from.

One of the most popular of the breed is the latest Renault Captur – it stands out from the crowd thanks to its stylish design, keen pricing and practicality.

What if we heated up the competition even further by introducing a used rival: the Volkswagen T-Roc? It’s one of our favourite small SUVs and a one-year-old example can be bought for similar money to the Captur.

Can a new Captur fend off a feisty used T-Roc then? We’ve got the pair together to find out. 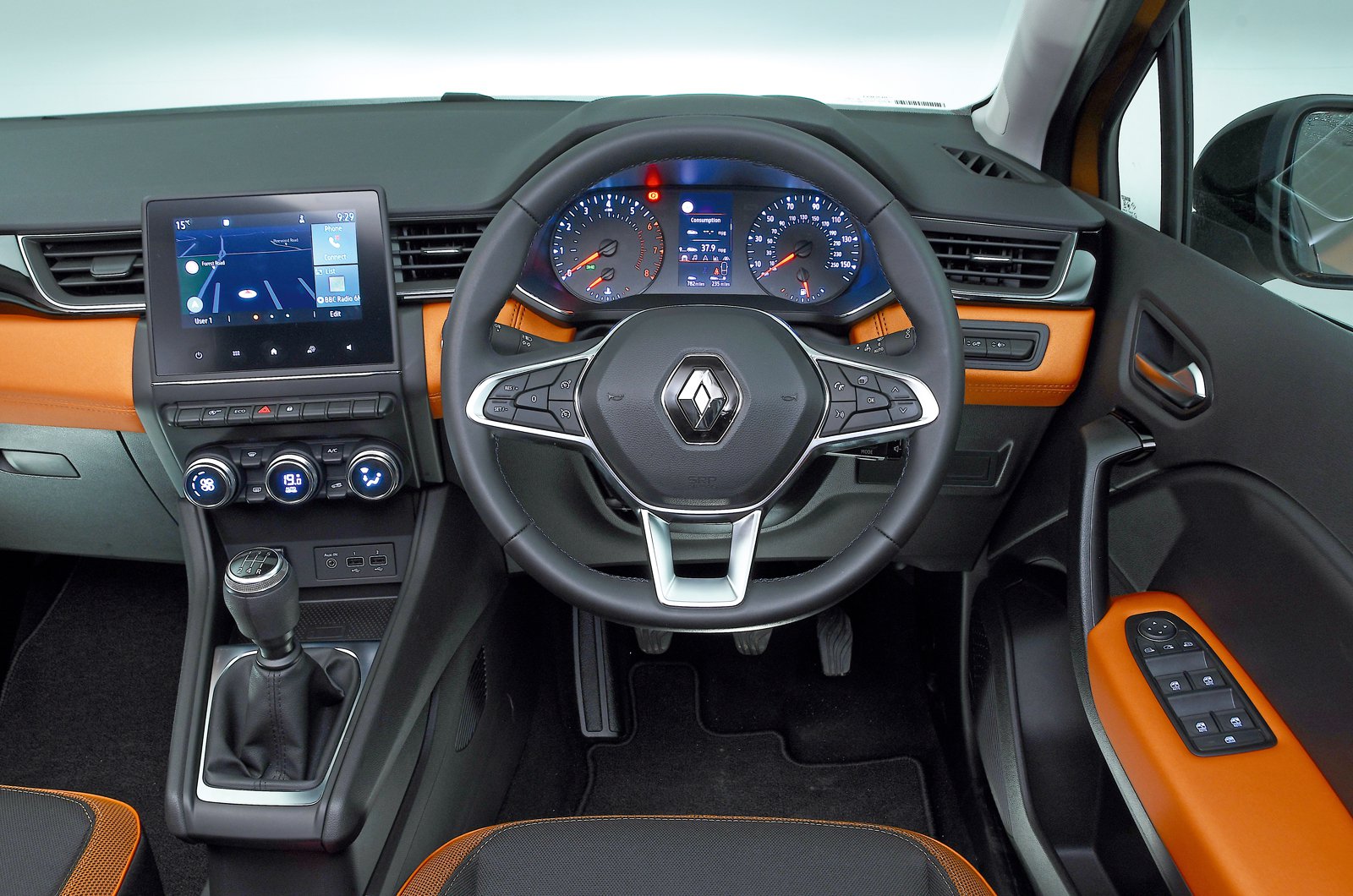 There’s no discernible difference in build quality between the two, which is to say both feel solid, though not to the point of being class-leading.

The Captur’s interior certainly looks stylish and in places it feels the part. Iconic models get a dashboard that’s pleasingly squishy on its upper surface, which is more soft-touch plastic than you get in the hard and unyielding interior of the Volkswagen T-Cross and Seat Arona. The rest of the plastics look and feel cheap, but if you spring for one of the optional colour packs, you can spice things up with splashes of orange, red or blue.

As for the T-Roc, the interior quality is actually the most disappointing aspect of the car. It feels surprisingly cheap inside – hard, unyielding plastics are the order of the day throughout. Our test car was in Design trim, which brightens up the interior a little with a selection of coloured dashboard inserts and ambient interior lighting. 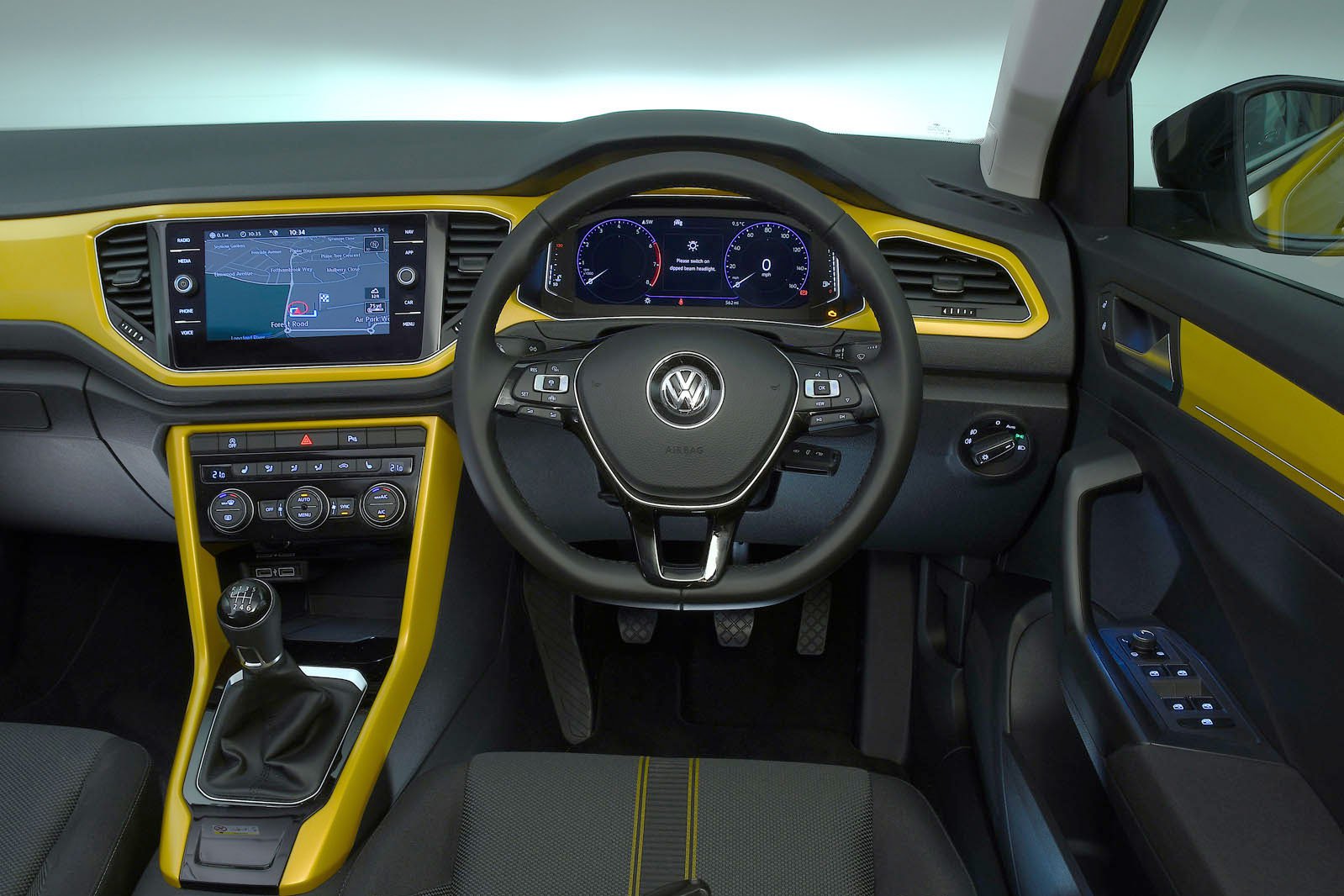 The T-Roc has slightly comfier seats, though, as well as more physical buttons and switches, which are well laid out. That results in a more intuitive setup than the Captur’s primarily touchscreen-based controls.

Speaking of which, the Captur gets a rather large centre touchscreen. It’s available as a 7.0in unit in entry-level Play models and as a 9.3in unit in S Edition versions (our test car, which is in Iconic trim, came with the former). If money’s not too tight, we’d recommend upgrading to the larger option as it's clearer and easier to use than its smaller sibling.

If we pedal back to the T-Roc for a second, it’s worth mentioning that its 8.0in infotainment system has superior graphics and responds better to user inputs than the one in the Captur.

Both cars have Apple CarPlay/Android Auto as standard, except the T-Roc in base S variant. Digital dials are available in both models, although you’ll have to pay extra for them on the Captur (our test car had standard analogue dials) and you’d have to shop around for a T-Roc that had them specified from new, as the one we tested did. 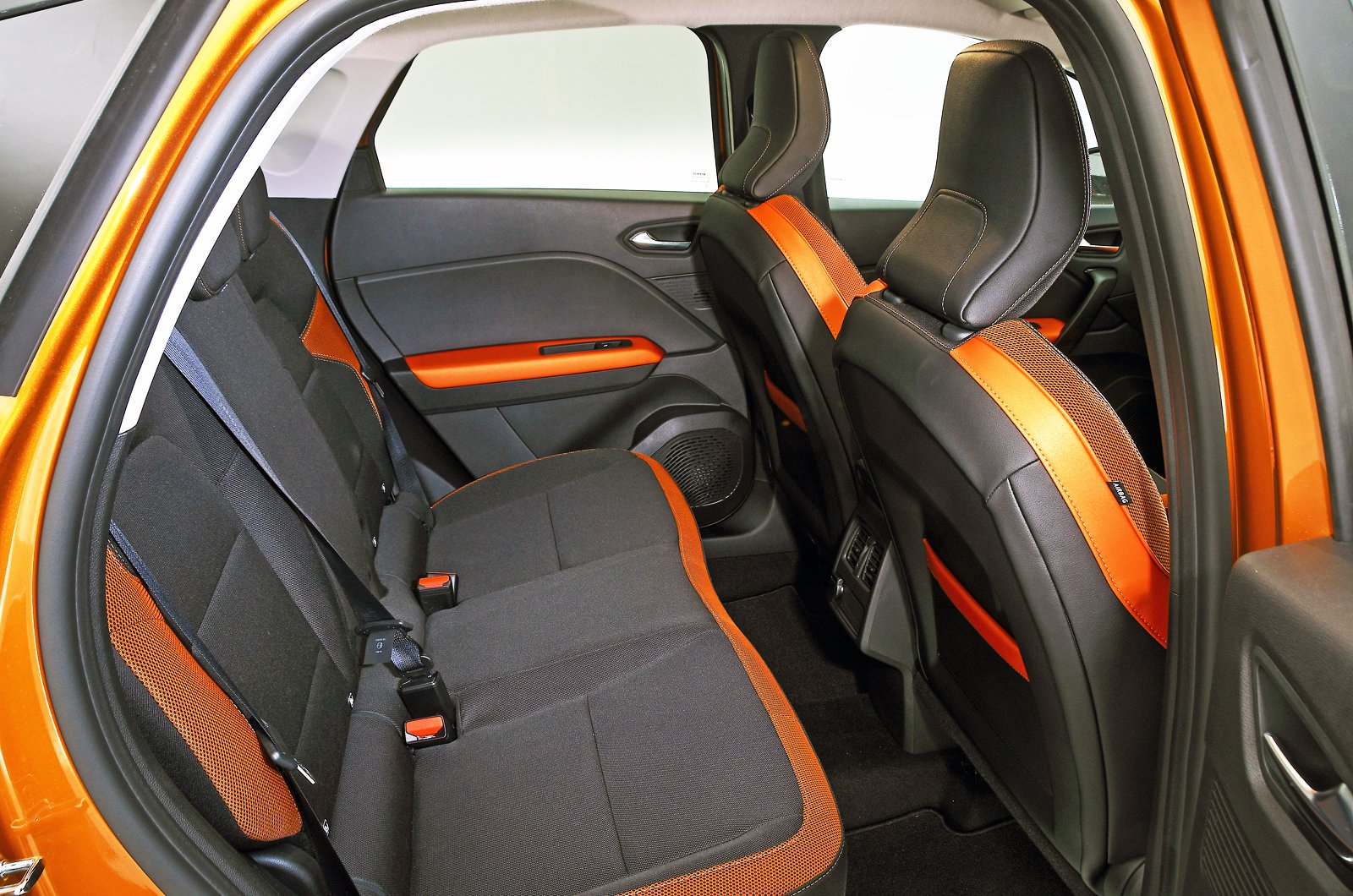 The Captur has a rather high driving position – higher than your average small SUV. That aids visibility out of the front but there’s less out of the rear due to the sweeping window line. The T-Roc, on the other hand, is a bit boxier, making it easier to see out of. It also has more seat adjustment. The T-Roc had the option to add adjustable lumbar support from new, but the Captur doesn’t offer that luxury.

In terms of interior space, the Captur has enough room for front and rear passengers to get comfortable, even those of the taller variety. If you’re looking for extra wiggle room, it’s the T-Roc that scores the bonus points, although there’s not too much in it. 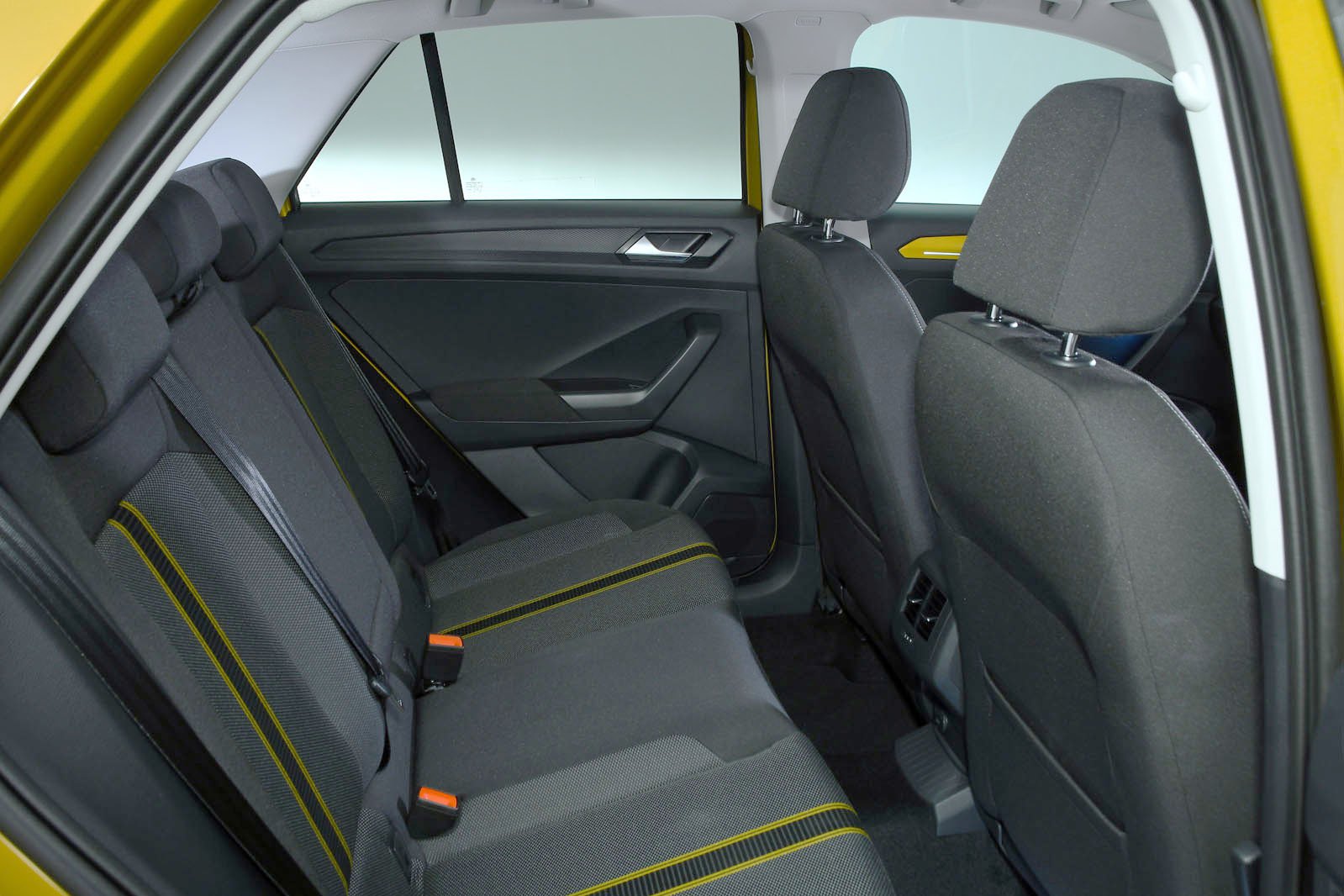 The T-Roc does lose a mark or two due to the lack of a sliding rear bench. That's unfortunate as it’s a handy feature that can create extra space either in the interior or boot. It’s also something you get in the Captur. Both models have 60/40-split folding rear seats.

We have no complaints about the T-Roc’s very practical boot. It’s a good square shape and, at 445 litres, is ever so slightly larger than the Captur’s (still praise-worthy) 442 litres. As those figures show, there’s really nothing between the two in terms of boot size. 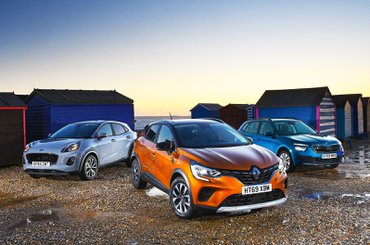 As the latest member of the small SUV club, the new Renault Captur's first challenge is to try and gain the upper hand over five-star rivals from Ford and Skoda