Opening the range is the TCe 100, a 99bhp turbocharged 1.0-litre three-cylinder petrol that comes exclusively with a five-speed manual gearbox. Sadly, if you're hoping for the kind of peppiness you get from a similarly powerful Seat Arona, Skoda Kamiq or Volkswagen T-Cross (they all share the same 1.0 TSI 95 petrol engine) it's disappointingly sluggish. There's very little urgency unless you work it hard.

That's why we'd recommend the TCe 130. This 1.3-litre turbocharged four-cylinder petrol is the best all-round engine in the range, pumping out 128bhp. As long as you keep the revs past 2000rpm, it has enough oomph for stress-free travel around town and on motorways alike, although it's still not as quick as the Ford Puma 1.0 Ecoboost 125 MHEV. You can opt to have the TC3 130 with a manual or automatic gearbox, while the more powerful 153bhp TCe 155 is automatic only. If you need the extra zip it's significantly quicker, officially hitting 0-62mph in a lively 8.6sec.

We’re yet to try the pair of diesels, badged dCi 95 and dCi 115, but we have driven the even more fuel-efficient E-Tech plug-in hybrid. Performance is similar to the TCe 130 which means it’s more than adequate in all but the most extreme situations. You do have to factor in a big hesitation between you calling for full power and actually receiving it, though.

Like the Kia Stonic and Nissan Juke, the Captur doesn’t deal with imperfect urban road surfaces particularly gracefully. It won’t shatter your spine, but you’ll feel potholes and ridges more than you would in the best-riding small SUVs, which include the Skoda Kamiq and Volkswagen T-Roc.

The Captur's ride improves as you build speed, but never fully settles. It fidgets, even on a smooth-looking section of motorway, and over bigger dips and crest it can get a bit bouncy. Our tip is try and avoid the bigger 18in wheels, which make matters even worse.

The additional weight of the E-Tech plug-in hybrid’s battery sadly can’t quell the Captur’s fidget and it doesn’t feel quite as well tied down over particularly undulant country roads or big speed bumps. Even so, we wouldn’t say the E-Tech is any less comfortable than the regular Captur. 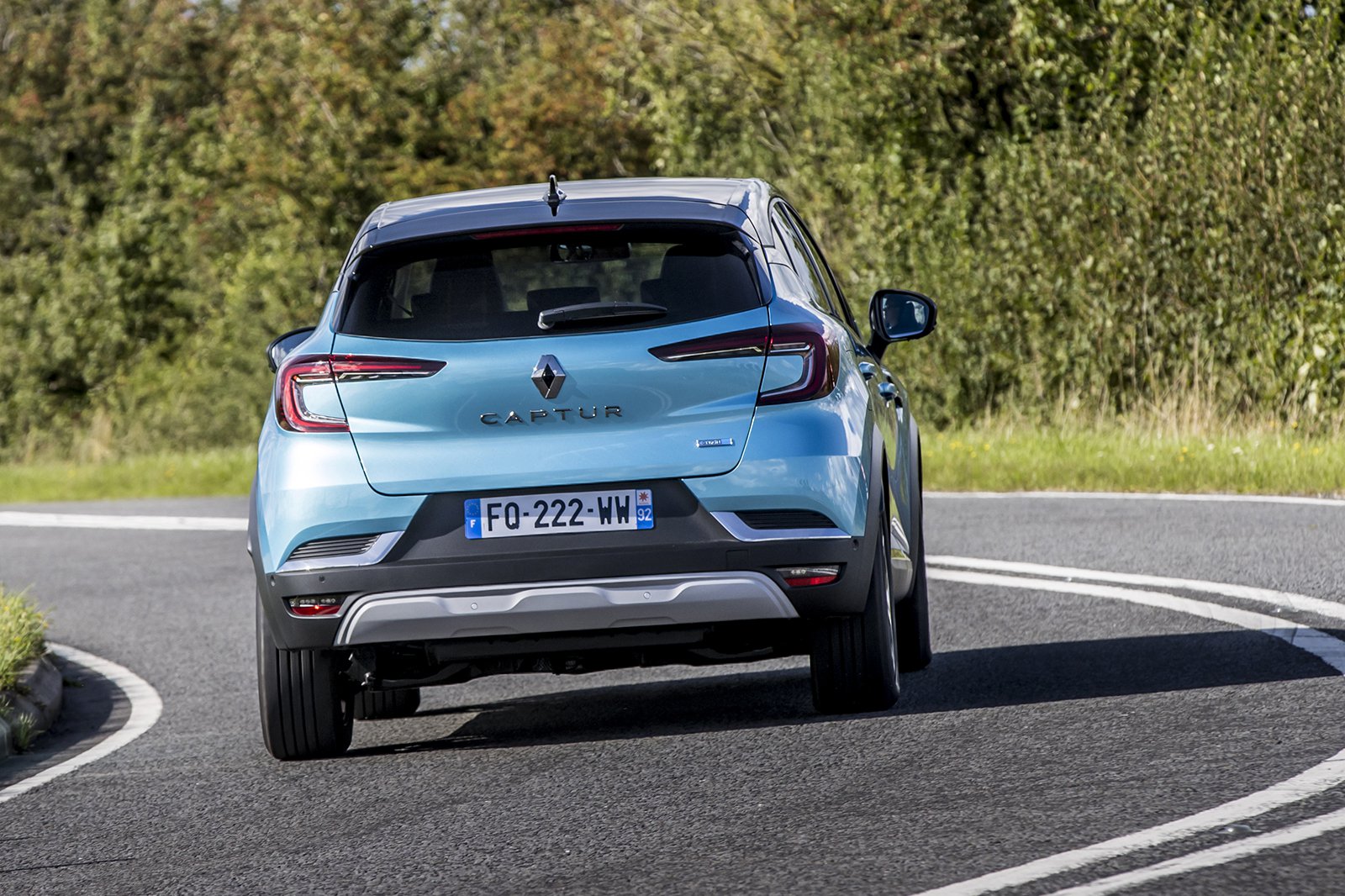 The Captur’s steering is precise enough and light around town, but it doesn't build weight reassuringly as the speed increases, like the Puma's or T-Roc's, so you're never as confident with the Captur along twisty roads. We weren’t blown away by the car’s sizeable turning circle, either; some rivals are more manoeuvrable when you need to execute a quick U-turn.

It's not just the steering that lets it down. It lacks the outright grip and agility of the Puma, which is by far the best-handling car in the class. That said, it's capable and there's far less body lean than you'll experience in the Citroën C3 Aircross.

E-Tech plug-in hybrid models are a fair bit heftier due to their big battery packs. The added weight makes the Captur feel a little less agile than the petrol or diesel models, although it’s not like the standard car is a barrel of laughs anyway.

For the most part, the Captur proves acceptably calm and civilised. The TCe 130 petrol engine is pretty smooth and barely audible at faster motorway speeds, but the TCe 155 is a bit thrashy when you rev it out. It's nothing like as bad as the TCe 100, though; this engine's definitely one to avoid due to its noise and vibrations.

The E-tech plug-in emits a small amount of motor whine in electric only mode, but while the petrol engine chimes in quietly, the switchover between power sources isn’t as smooth as it is in some rivals, such as the Kia Niro PHEV, but is certainly less clunky than in a Peugeot 3008 Hybrid. The engine remains hushed during gentle acceleration but does sound a bit coarse when you’re really thrashing it.

Wind and road noise aren’t too annoying, but the Ford Puma and Volkswagen T-Roc are both quieter at speed and have much nicer manual gearboxes; the Captur's has a long and rather vague action. The automatic gearboxes can be hesitant, but change gear smoothly.