Even if you’re well over six-feet tall, you won't have your hair brushing the Seat Arona’s high roof lining and the seats slide back far enough to accommodate anyone long in the leg. Shoulder room is also impressive, making the Arona feel as spacious as some cars from the class above. The Volkswagen T-Cross is similarly impressive in this regard, but the bigger Volkswagen T-Roc will suit you better should you be particularly lanky.

The front door bins aren’t the biggest, but there’s a small cubbyhole in front of the gearlever, in which to stash your phone or keys, along with a decent-sized glovebox. Meanwhile, the Storage Pack, fitted to Xcellence models, adds a handy storage drawer under the driver's seat.

Yes, the Arona is a small SUV, but you might be surprised by how roomy it is in the back – especially considering Seat’s history of prioritising chiselled looks over practicality.

There's more leg room than there is in the back of the Citroën C3 Aircross and Hyundai Kona, for example, so a couple of six-footers will fit. Just bear in mind that the T-Cross has even more leg room, while the Skoda Kamiq is better still, with greater leg room than some larger family SUVs from the class above.

Carrying three people in the back of the Arona is, perhaps unsurprisingly, a bit of a squeeze for all concerned. If you’ll regularly need to do that, the wider T-Roc is a slightly better bet. 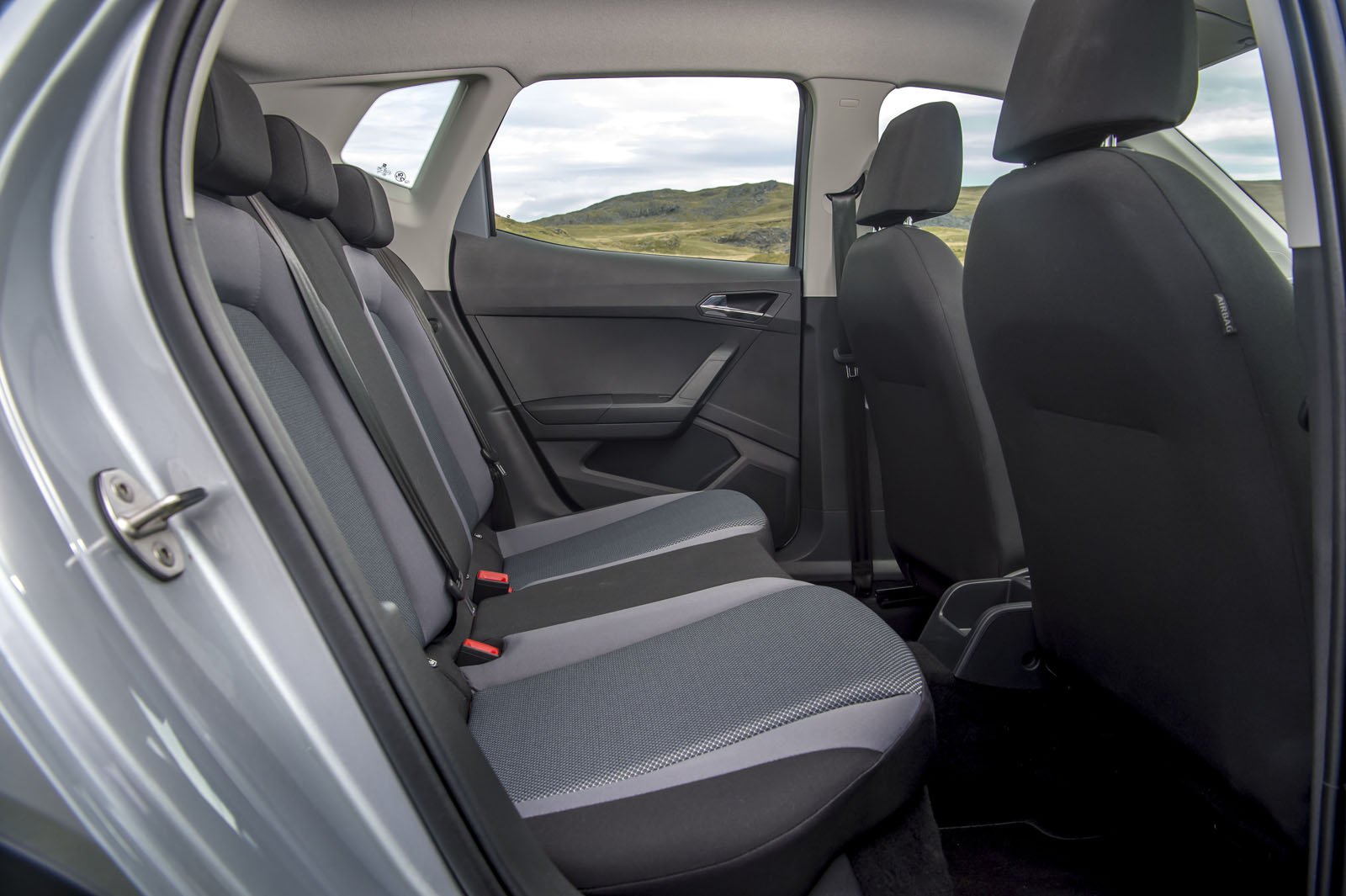 The Arona doesn’t have any clever practicality tricks up its sleeve, such as sliding rear seats or a folding front passenger’s seat. Both are available with some rivals: the Renault Captur and T-Cross get a sliding rear bench, and the Mini Countryman's rear seats slide and recline.

The Arona's rear bench folds down in a 60/40 split, but there are no release handles in the boot to make this process easier. Instead, you have to open the rear doors and press a button next to the rear head restraints – a bit of a faff.

The front passenger seat is height adjustable on all trims.

The Arona's 400-litre boot dwarfs the Hyundai Kona's and Kia Stonic's, and is almost a match for the Captur’s. To put this into perspective, we were able to fit five carry-on suitcases into the Arona’s boot, the same as a Volkswagen Golf will take. It’s the Ford Puma and Skoda Kamiq that are the cargo champions of the class, though, swallowing up to eight and seven cases respectively below their parcel shelves.

A height-adjustable boot floor comes as standard on all trim levels. In its highest setting, it reduces the lip at the boot's entrance and means there’s no annoying step in the floor of the extended load bay when the rear seats are folded down.