Anyone familiar with the interior of the Audi Q5 will find themselves right at home in the Q5 Sportback, because both versions follow the same layout.

That means a highly adjustable driving position with manual driver’s seat height adjustment, four-way electrically operated lumbar adjustment and a steering wheel that moves up, down, in and out enough for most people to get comfortable. S line has sports seats that provide plenty of side support and comfort over long journeys. Vorsprung trim has electric front seats and an electrically adjustable steering column.

That's not so much of a problem when you're parking because a reversing camera is provided as standard, as are front and rear parking sensors and large door mirrors. All Q5 Sportbacks have LED headlights, but from S line trim you get matrix LED ones, which allow you to keep main beam headlights on at night (they dim automatically to avoid dazzling oncoming traffic).

One area where the Q5 Sportback lags behind the BMW X4 and GLC Coupé is with its predominantly touchscreen-based infotainment system that’s distracting to use on the move. It requires you to take your eyes off the road to check you’re hitting the right part of the screen, although that is at least positioned high up on the dashboard. The GLC and X4 have rotary controllers and shortcut buttons to aid navigation (the X4’s iDrive is the simplest to operate).

Those rivals can’t beat the Audi Q5 Sportback on interior quality, though. Every surface your eyes fall on has a soft-touch finish and all the controls make a pleasant click that brings a sense of class the others cannot match. 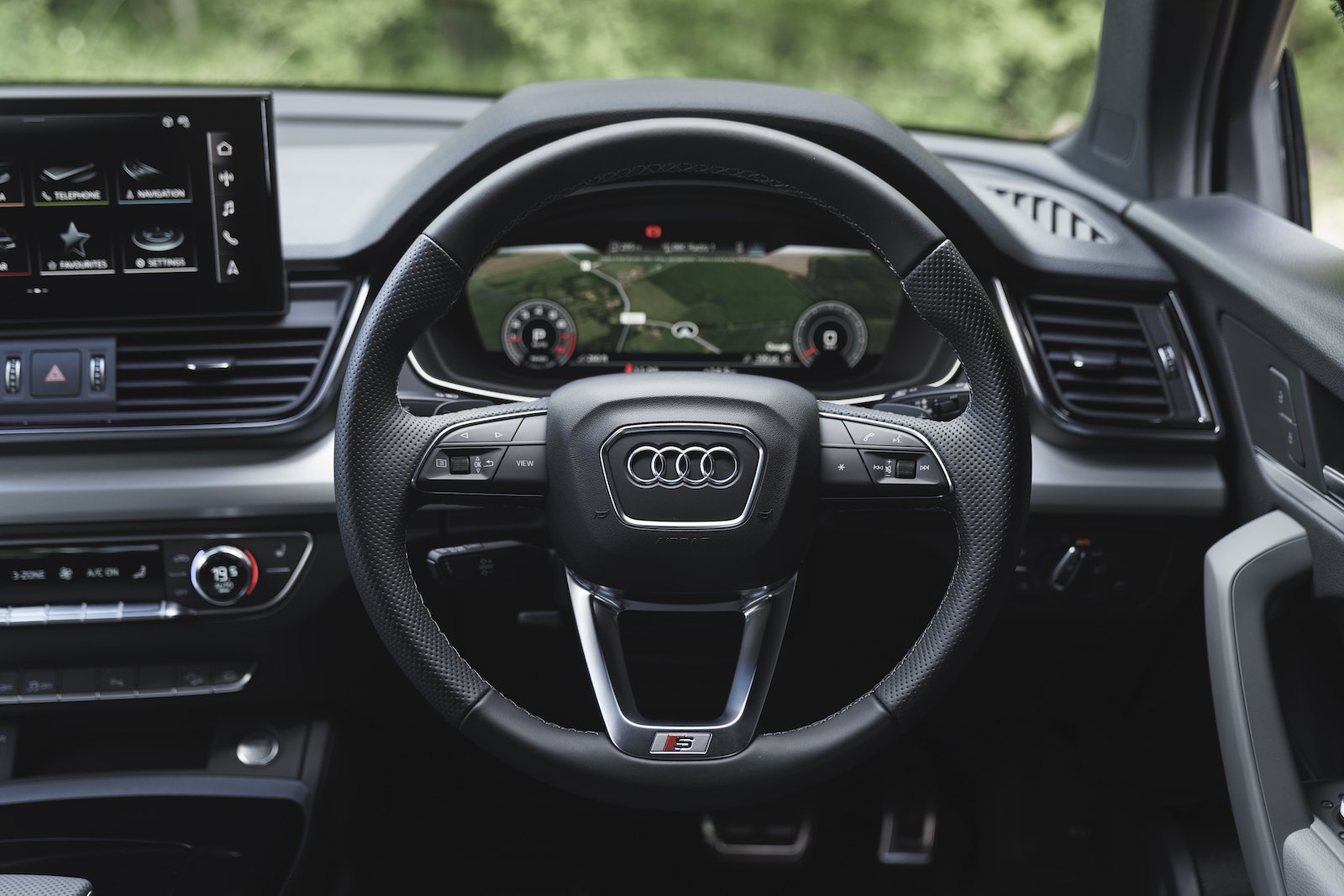