There’s little to quibble over where Citroën C3 front seat space is concerned. Even tall occupants will find head and leg room to spare, and as small cars go, the shoulder room between you and your front passenger isn’t bad, either.

The door pockets aren’t vast, but will each take a small bottle of water laid on its side. There are also a couple of cup holders in front of the gearlever for your latte, and a place to store your phone near the USB port. Unfortunately, the glove box is small because it also houses the C3’s fusebox.

Rear-seat space isn’t one of the Citroën C3’s strengths: head room is below-par, and leg room is also mediocre. It’s fine for kids, but if you regularly carry adults in the back, particularly ones of above average height, the roomier Seat Ibiza, VW Polo and Skoda Fabia are far better choices.

Storage wise, all models come with small rear door bins and, while range-topping Flair Plus trim nets you map pockets on the back of the front seats. 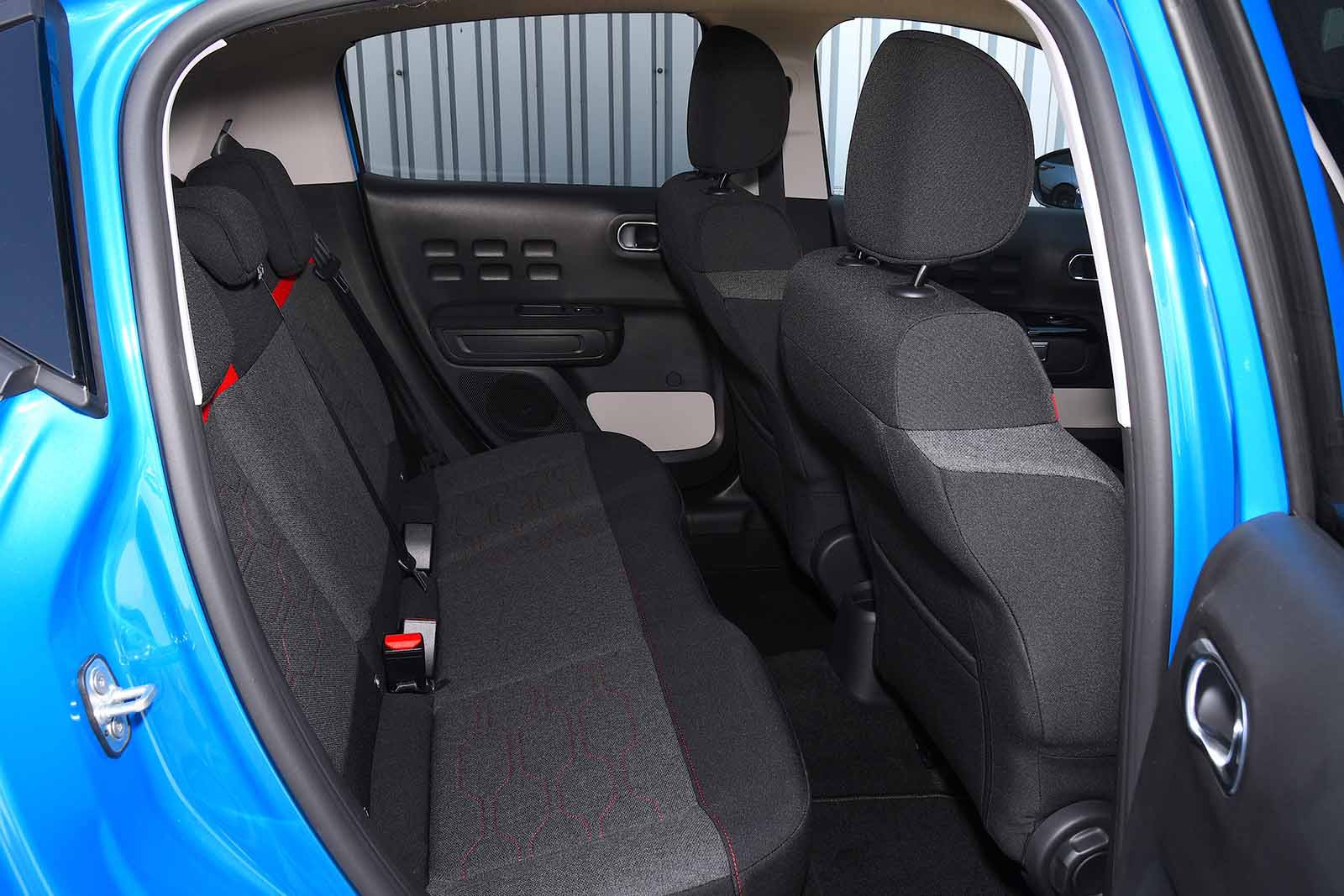 Seating flexibility is all about clever adjustments that make the car more comfortable and versatile. The Citroën C3’s seats don’t really do much of either.

The front passenger doesn’t get seat-height adjustment or adjustable lumbar support, only the usual manual lever for and aft movement, and backrest recline.

It’s the same in the rear. Unlike the Honda Jazz, which offers all sorts of seating combinations to help you find the right balance between carrying luggage or passengers, the Citroën C3 just comes with folding rear seat backs, split in a 60/40 arrangement.

The Citroën C3’s boot is big enough to take a couple of medium-sized suitcases, or four to five large shopping bags, so it’s about average for the class. The Skoda Fabia’s boot is about 10% bigger, but even that isn’t as big as the Honda Jazz’s, which is as roomy as some larger family cars.

Unlike some competitors, there’s no height-adjustable boot floor. And once you’ve dropped the 60/40 split-folding rear seats, they form a sizeable step in the floor of the extended load bay. You also have to contend with the lip between the tailgate opening and the floor of the boot. This adds to the strain of lifting heavy items in or out.