The driving position in the Cupra Formentor is very low for an SUV (you sit much higher in a Volvo XC40 or Volkswagen Tiguan) but fundamentally sound. The pedals line up neatly with the steering wheel, and the driver’s seat is comfy on long journeys as well as supportive through corners – especially if you’ve got the electrically adjustable bucket seats that are standard from V2 and VZ2 trims. Height adjustment and adjustable lumbar support are standard on all models.

A smart digital instrument panel is standard on all versions. It shows lots of useful information, as well as frivolous things such as g-force readings, and it can be set up in a number of different styles. It’s a bit annoying that, after choosing a style other than the default one, every time you turn off the lane-keeping assistance or select the speed limiter, which you do from the instrument menu, the dials change back to that default arrangement. Why can’t it just remain as you wanted it?

Our other complaint is that the Formentor doesn’t have proper buttons or switches on its dashboard. Rivals such as the BMW X1 and X2 and the Toyota C-HR do, and consequently, their controls are easier to use on the move. Instead, the Formentor has touch-sensitive pads for its air-con controls that you can’t find by feel; you have to look away from the road to check you’re not just pressing a random bit of the dashboard. That’s far from ideal at 30mph, let alone 70mph, and they're not even lit at night.

The Formentor has reasonably thin windscreen pillars, so forward visibility is fine, but its chunky rear pillars can make reversing trickier than it is in the Tiguan, for instance. Rear parking sensors are included, and front sensors and a rear-view camera are added from V2 and VZ2 trim upwards. LED headlights are standard on all trims.

The infotainment system has a big, 12.0in touchscreen, sat-nav, a DAB radio, four USB-C ports, wireless phone charging and Apple CarPlay/Android Auto phone mirroring. The screen is bright and clear and the operating system mainly responsive, although it takes a fair bit of playing with the menus to grasp their slightly odd arrangement. The best system in the class is that of the BMW X1 and X2; it has brilliant software and a physical rotary controller that is a cinch to operate.

You get natural voice control in the Formentor. To wake it up, you holler “Hola, Hola”, followed by commands such as “I’m cold” and it should turn up the heater. It doesn’t always work, though, and talking to it in such colloquial terms might make your passengers think you’ve gone nuts.

Not only is the Cupra Formentor’s interior strikingly similar to the one in the dramatic-looking Lamborghini Urus, but it’s also generally solidly made and plush, with squidgy, dense-feeling plastic on the top of the dashboard. Mid-spec trims come with nappa leather seat upholstery and the VZ2 has a leather-wrapped dashboard. It soundly trumps the Toyota C-HR's interior and gets pretty close to the class leaders – the X2 and XC40 – for quality. 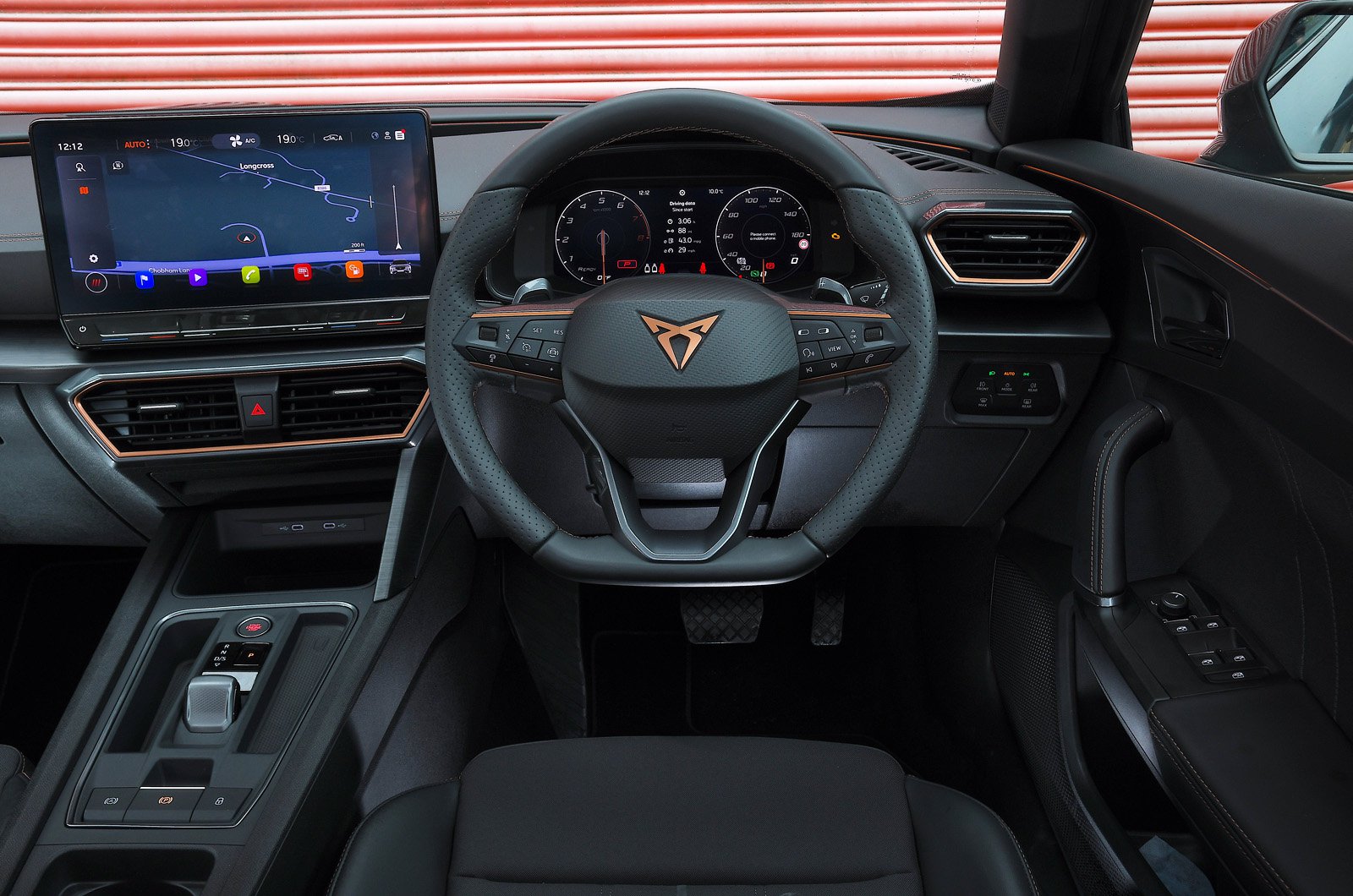 Smarter inside than some coupé SUV rivals, but the regular Q5...

The Citroen C4 is temptingly priced for a coupé SUV, while com...