Due to its sporty shape, the Cupra Formentor doesn’t absorb people or their belongings as effortlessly as some SUVs can, but among direct rivals including the BMW X2 and Toyota C-HR it’s pretty roomy. In fact it offers almost as much practicality as the Seat Ateca (which it's based on).

There’s absolutely loads of head room in the front and its seats slide back a long way, for maximum leg room. In fact, we can confidently say that unless you're incredibly tall, you’ll fit just fine.

You don’t get quite as much storage space in the rear and passengers will have to make do with small door cubbies and nothing more. With two people in the rear, an armrest can be folded down from the middle seat though, making for some added comfort. 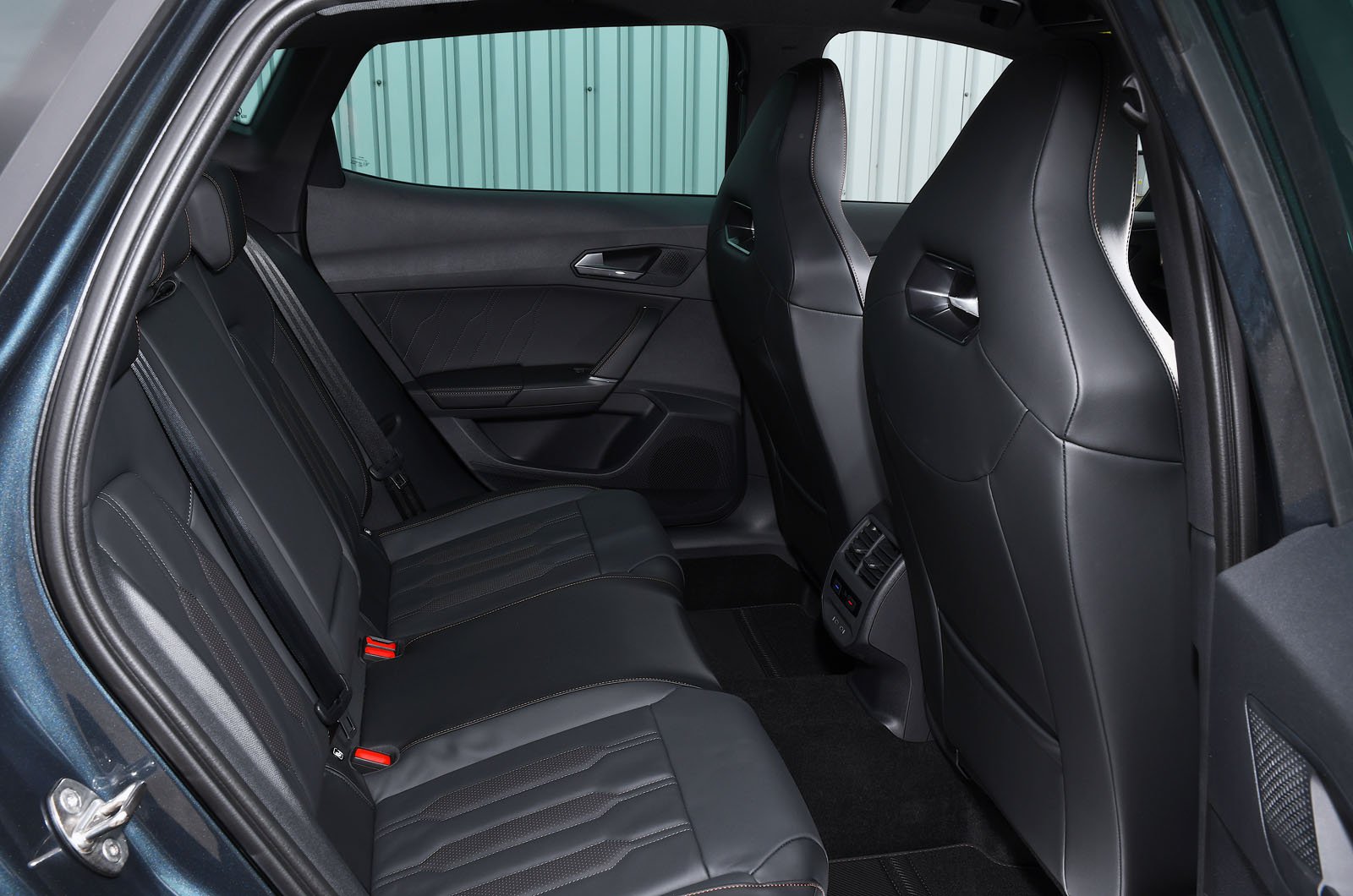 Every Formentor comes with 60/40 split folding rear seats as standard. They’re easy to fold down but aren’t as versatile as the 40/20/40 rear seats you get in the BMW X1 and the Tiguan.

You can’t slide the Formentor’s rear seats forwards and backwards as you can in those two rivals. You do, however, get a ski hatch between the outside seats, making it easier to carry long items in the boot.