The driver’s seat is a little narrow but reasonably comfortable and only entry-level trim requires you to adjust it manually; the posher trims have full electric adjustment, including for lumbar support.

The cushioned lid of the raised centre cubby doubles as a well-placed armrest and the dashboard is easy to figure out. Although there are physical dials to adjust the temperature of the climate control and engage the off-road modes, the controls for the heated windows are touch-sensitive. That makes them fiddlier to use on the move than conventional buttons that you can locate by feel.

On SE trim and above, the analogue instrument dials behind the steering wheel are replaced by an ‘interactive driver display’. This is a crisp digital screen that displays information such as music tracks or sat-nav mapping alongside the usual speed and engine data. The menus are a little fiddly to use but it does help keeps your eyes nearer the road while following navigation instructions etc.

The Discovery Sport’s chunky door mirrors can obstruct forward visibility at junctions and there’s also a blind spot when looking over your shoulder; you'll need to bear that in mind when changing lanes, especially if you haven't got the blindspot monitoring system (more about which in the safety section on the end page).

All Discovery Sports come with front and rear parking sensors plus a surround-view camera as standard. A ClearSight rear-view mirror is standard from HSE trim; this displays an image from the car's rear camera on the interior mirror, enabling you to see what's behind even when the rear window is blocked by people or luggage.

LED headlights are standard across the range, but go for SE trim or above and you’ll get upgraded ‘Premium’ versions that use twice as many LEDs, allowing you to see in greater detail in the dark. 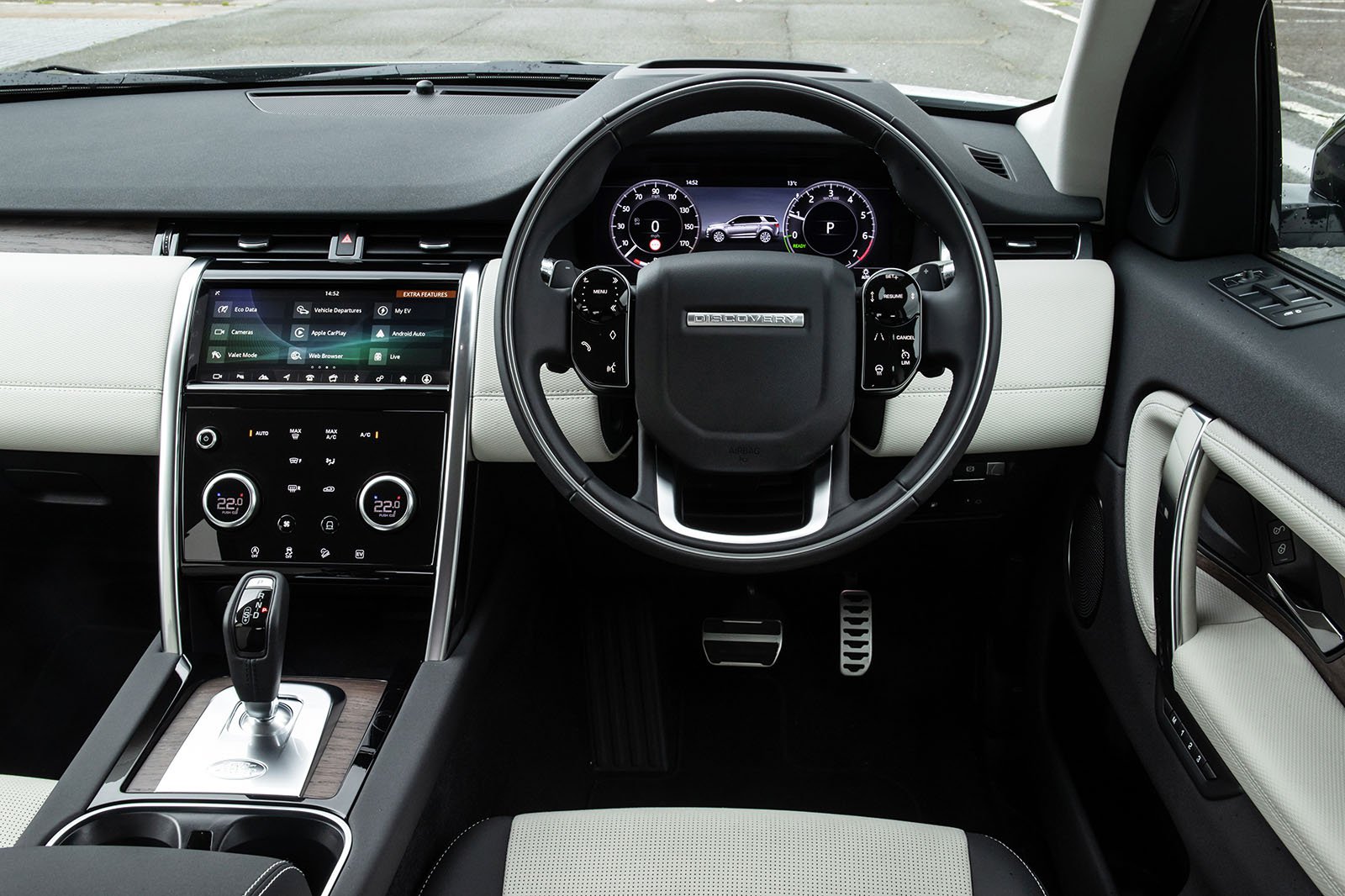 The Discovery Sport’s Pivi Pro infotainment system is also used in Range Rover Evoque and Land Rover Defender. Its 10.0in touchscreen is sharp and you get plenty of connectivity features – including Apple CarPlay and Android Auto smartphone mirroring – on all trims. This means you can use smartphone apps, such as Google Maps and Waze, via the car’s touchscreen.

It has straightforward menus and responsive software, and, while its operating system isn’t as intuitive as the BMW X3's (and BMW's iDrive rotary controller interface is much easier to use on the move), it’s still one of the better systems in the large SUV class. If specified, information from the main infotainment system can be displayed on the Interactive Driver Display that we mentioned above.

Optional extras include wireless charging plus various sound system upgrades with extra speakers and more power. You can even have a digital TV.

The interior of the Discovery Sport is characterised by plenty of plush, dense-feeling materials, well-damped rotary heating controls and classy touches, including brushed-metal trim. It’s only lower down on the dashboard and doors that you’ll find some harder and scratchier plastics.

It also doesn’t feel quite as solidly built or well finished inside as some of its German rivals, in particular the Q5 and X3, but it's a lot better screwed together than the flimsier-feeling Mercedes GLC. However, the Discovery Sport is plusher inside than many of the mainstream large SUV competition, including the Honda CR-V and Seat Tarraco. In short, it lives up to its premium billing.