Bigger can sometimes be better, and whether you’re talking about Sumo Wrestlers or SUVs, sometimes it pays to be large. And for those who look at a traditional family SUV and start doing mental Tetris to figure out how everyone is going to fit, the new Volkswagen Tiguan Allspace could be the answer.

Alongside rivals including the Skoda Kodiaq, Peugeot 5008 and class-leading Kia Sorento, the Tiguan Allspace is a big SUV with space for up to seven people, if you specify its optional third-row seats, which around half of buyers are expected to do. This latest version is longer than the car it replaces, and offers more legroom for rear passengers, alongside a bigger boot. While a family’s holiday luggage is unlikely to pose any trouble, though, both the 5008 and Sorento have more carrying capacity. As before, the middle row of seats can slide forwards or back to prioritise either boot space or legroom, while the rearmost seats fold flat into the floor. 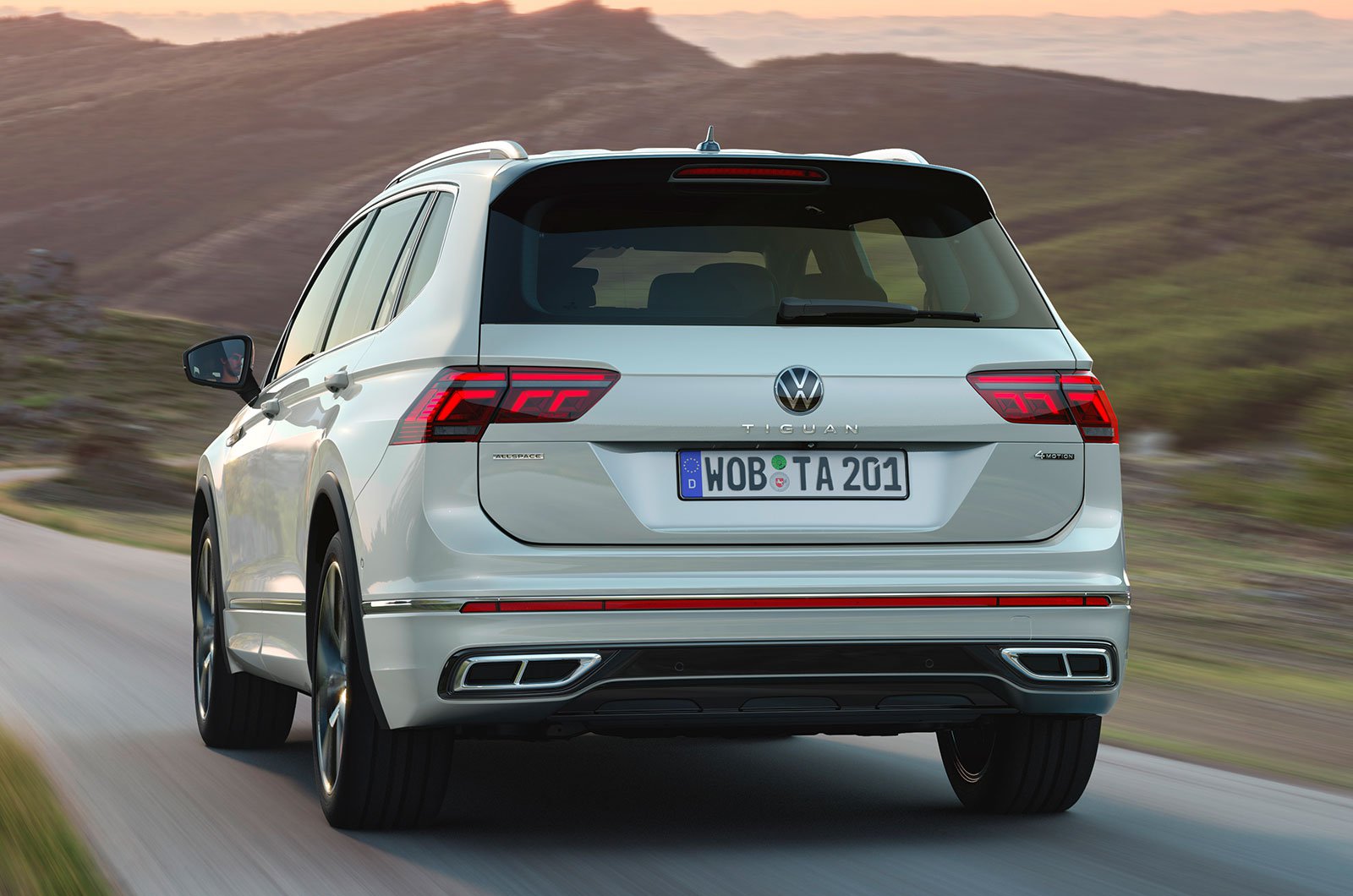 This Tiguan Allspace also features new front and rear bumpers to give it a more aggressive stance, and new LED lights which adapt their shape to stop you dazzling other drivers at night.

Inside, you’ll find a 10in digital instrument panel which can put the most useful information, including the sat-nav map, right in front of you, alongside an infotainment touchscreen measuring up to 9.2in, depending on which trim level you choose. Other features include 30-colour ambient lighting, a new steering wheel featuring touch-sensitive areas to control the infotainment system, and a new touch slider to control the climate. Although such panels look swish in the showroom, we suspect that changing the Tiguan Allspace’s temperature on the move will be harder than in cars which use conventional knobs and dials. 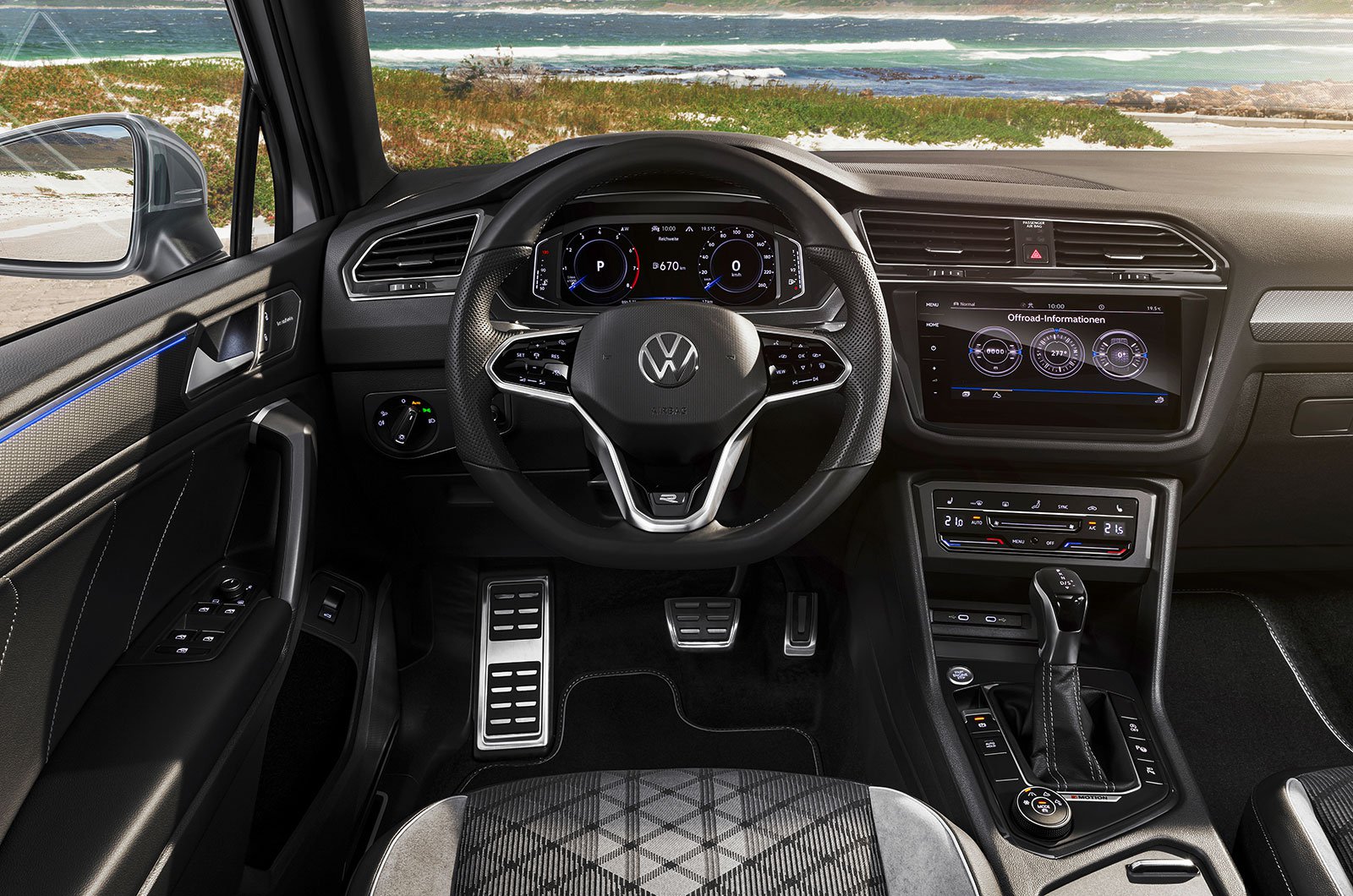 Buyers will have the option of three petrol engines and two diesels, with the former consisting of a 1.5-litre unit with 148bhp, or a 2.0-litre engine with either 188bhp or 241bhp. Of these, it’s likely to be the 148bhp 1.5-litre petrol that’s our favourite, this being the engine we already recommend in the smaller Tiguan.

If you’ll be covering enough miles to justify a diesel engine, then you have 148bhp or 197bhp 2.0-litre engines to choose from. Unlike the regular Tiguan, there will be no plug-in hybrid version of the Tiguan Allspace for now, and officials have ruled out a hot R-badged version too. The good news for caravanners is that the Tiguan Allspace can tow up to 2.5 tonnes.

The Tiguan Allspace’s trim levels have been reworded, too, and are now set into Life, Elegance and R-Line. Standard kit on Life models is likely to include an electric tailgate, 18in alloy wheels and an 8.0in touchscreen. Available safety and assistance kit includes Volkswagen’s IQ Drive system, which allows the Tiguan Allspace to control its own position on the motorway as well as its speed, plus automatic emergency braking which can react faster to pedestrians suddenly crossing the road. 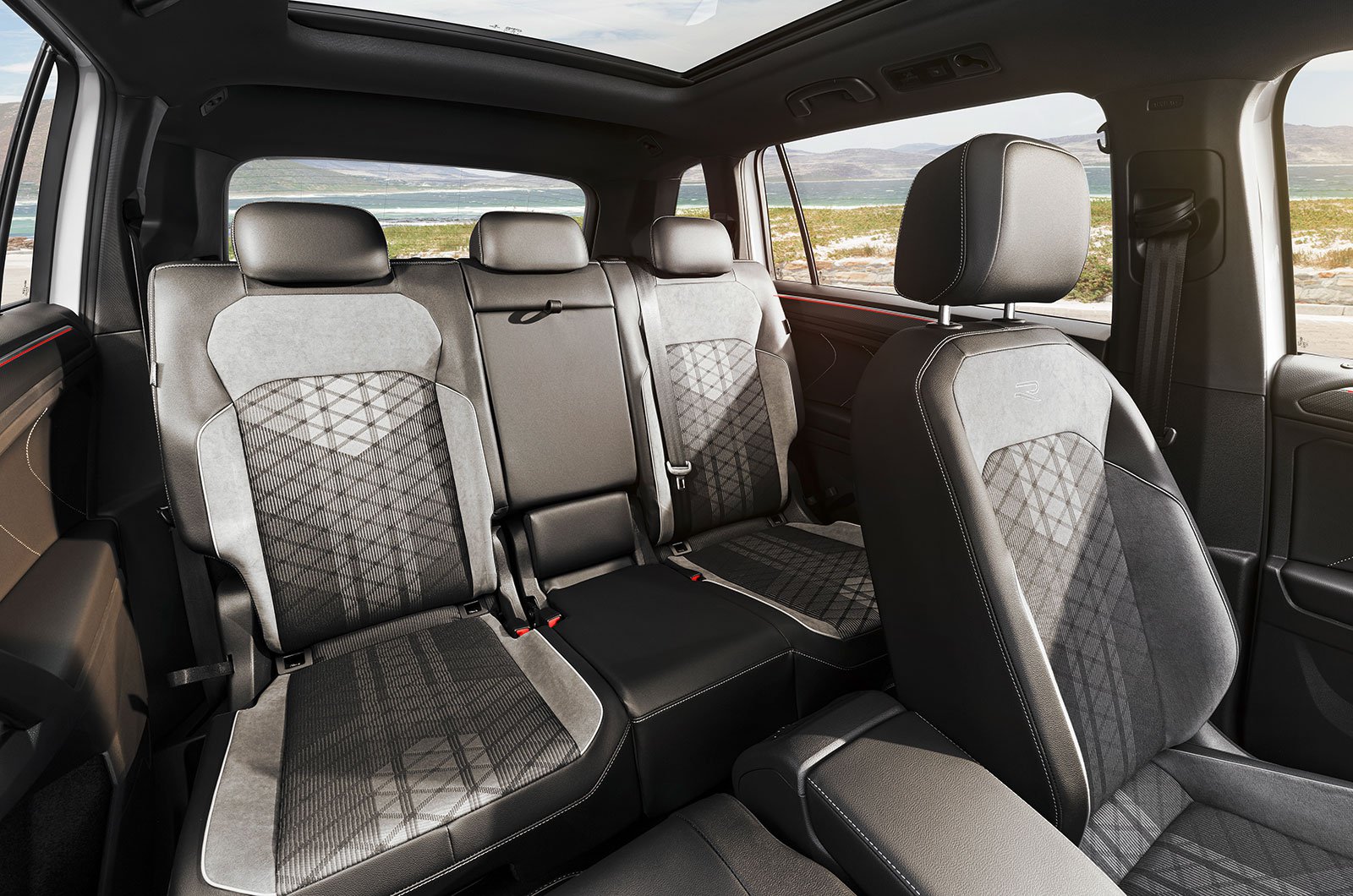 Although prices have yet to be officially revealed, only a small increase over today’s car is expected for this new Tiguan Allspace. A starting price of close to £34,000 means the Tiguan Allspace will be more expensive than the Kodiaq or 5008, but a comparative bargain next to the Sorento, which is priced from £39,110.

Next: The best large SUVs revealed >> 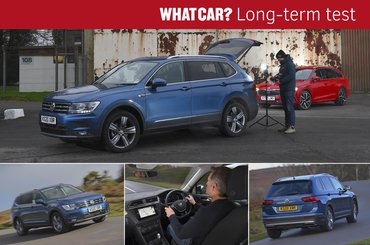