More than 4.5 metres long, the best large electric cars have the range, comfort, performance and practicality to act as your sole transport...

Volkswagen is like Disney in that it loves a reboot. First, there was the ‘new’ Beetle of the late 1990s, then the Scirocco coupé returned in the 2000s, but there hasn’t been a do-over of the much-loved Type 2 Microbus. Until now.

There could be many reasons for this delay, but it’s likely due to Volkswagen not having the right building blocks. You see, the Beetle and Scirocco were based on the Volkswagen Golf, but the only way to have made a modern Type 2 until recently would have been to base it on a van – a far from ideal solution. 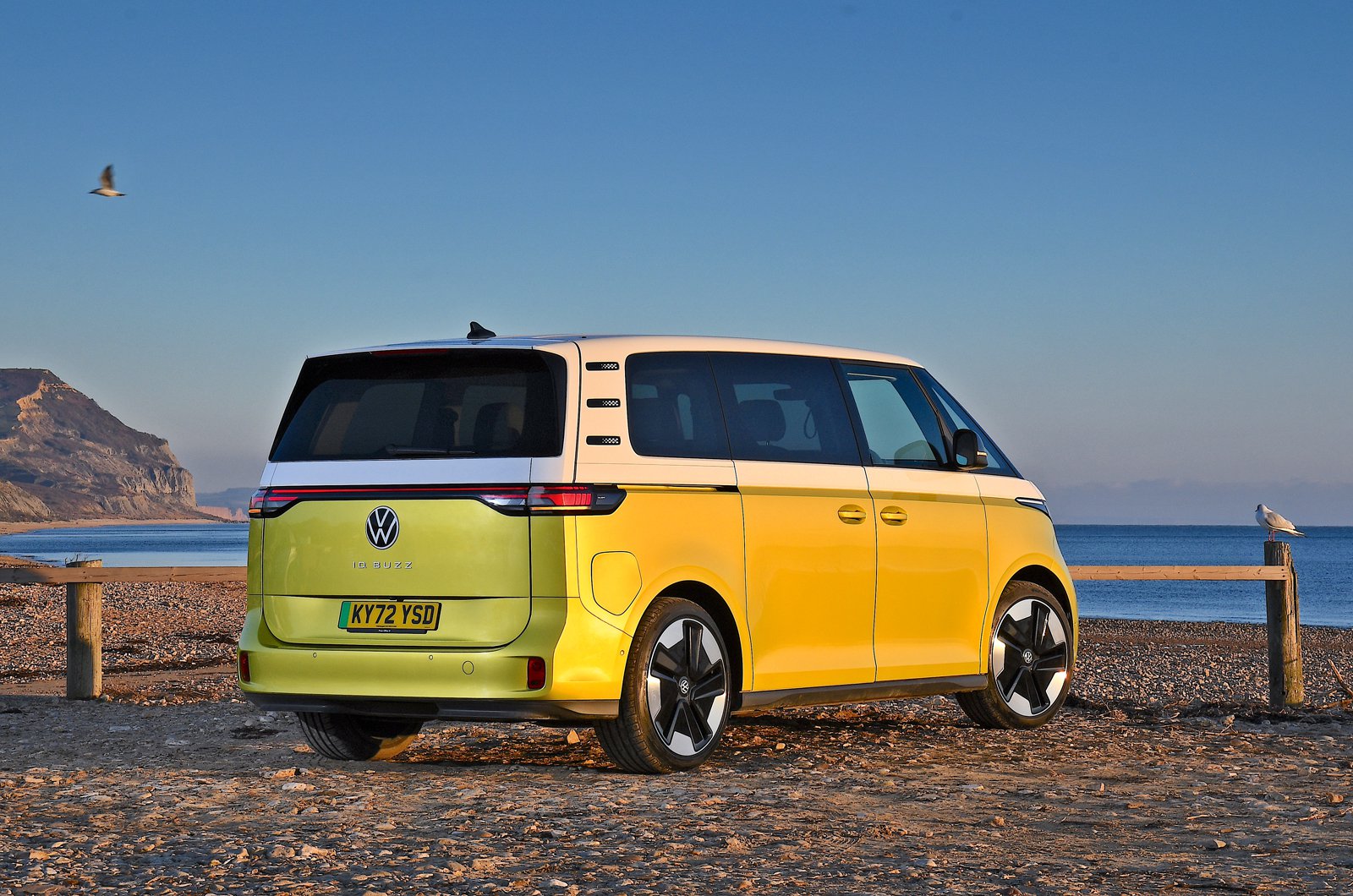 Thankfully, the car that we now have uses the same underpinnings as the fully electric Volkswagen ID 4 SUV and its Audi Q4 e-tron sister. And this brings benefits that go far beyond the ID Buzz just being more in tune with the times.

Because the heavy battery is positioned low down, beneath its floor, this tall vehicle is far more stable than you’d think, handling more like a premium-badged SUV than a similar-sized MPV such as the Volkswagen Multivan. The steering is accurate and nicely weighted, allowing you to confidently place the Buzz in corners, and the ride is very reminiscent of the Q4 e-tron’s in the way it takes the sting out of bumps around town, while also feeling very settled on faster roads.

Refinement is also surprisingly good, with little wind or road noise reaching the inside of the car – even at motorway speeds – despite the exterior appearing to have similar aerodynamic properties to a block of flats. Indeed, the only price you pay for that styling is so-so efficiency, with the Buzz falling a long way short of last year’s Large Electric Car of the Year, the Tesla Model 3, in this area. 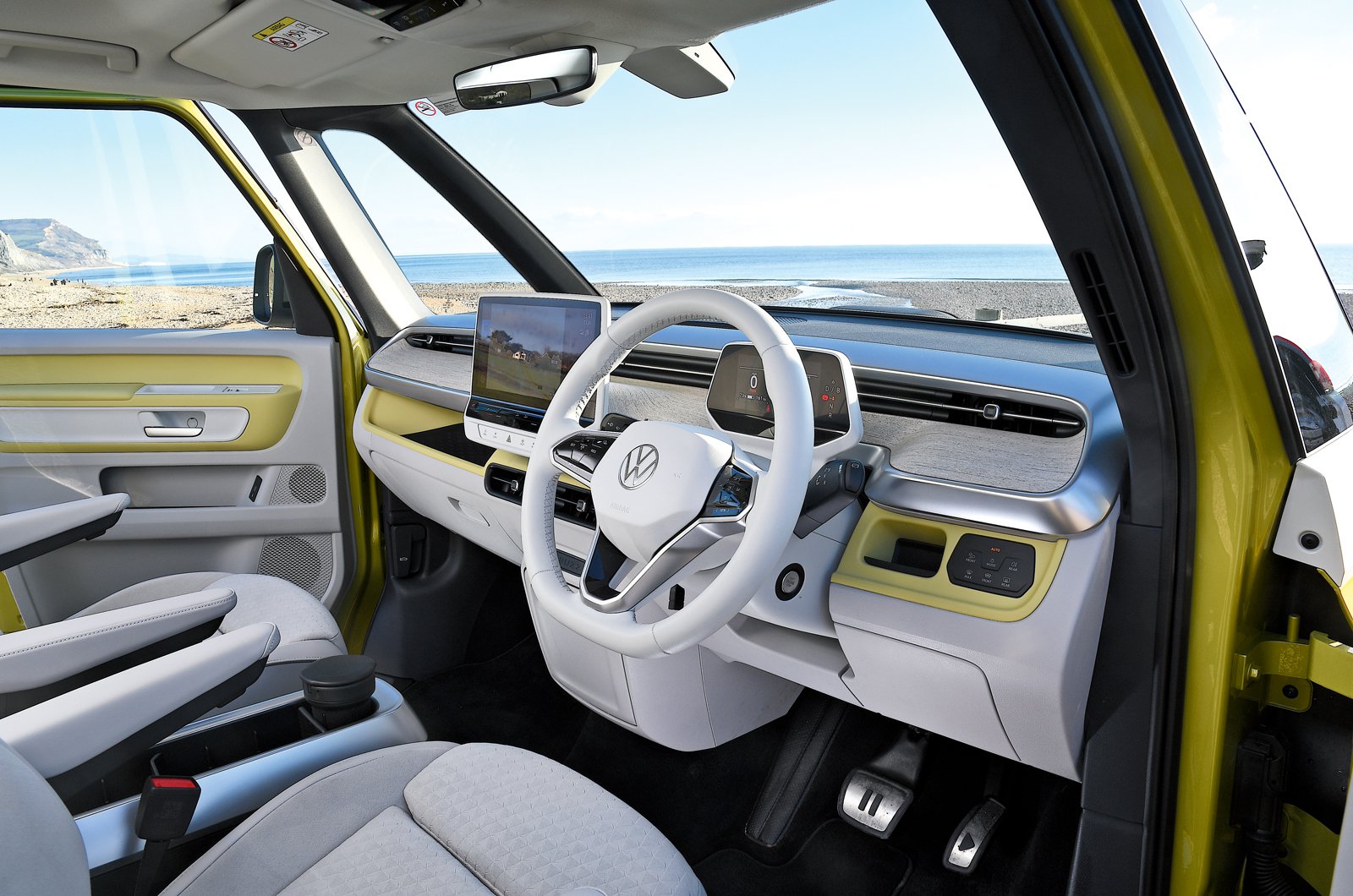 Ah, yes, the Model 3. It remains such a great choice that it’s won trophies elsewhere in these awards, but we reckon the Buzz’s 255-mile official range is still more than enough for most people’s needs, and the Buzz blitzes the Model 3 when it comes to practicality – surely one of the main reasons for choosing a ‘large’ electric car. You can transport three adult passengers side by side in comfort in the back seats, while the boot is so big that you’ll never have to ask yourself “Do I have room for this?”

True, £60k is a lot of money, but the impact of this is softened by the Buzz’s outstanding predicted resale values. They’re so good, in fact, that the Buzz will cost you less in monthly PCP finance repayments than our Electric SUV of the Year, the Genesis GV60, despite that being a far smaller car.

So, you see, what might initially look like a cynical retelling of a classic story is actually a brilliant car that you’ll love owning long after the novelty of its styling has worn off.