Land Rover Discovery Sport gets new tech and style for 2017

Our current Large SUV of the Year gets new time-saving technology that alerts drivers if they've left important items behind...

The Land Rover Discovery Sport has been updated for the 2017 model year, and is on sale now with prices starting from £31,095.

The Discovery Sport is What Car?'s favourite large SUV - we crowned it as our Large SUV of the Year at the 2016 What Car? Awards.

For the 2017 model year, Land Rover has upgraded the Discovery Sport with new technology, new safety equipment and an optional new look.

A new Graphite Pack is available on SE and SE Tech derivatives of the car. It features new dark colour finishes for the front grille, bonnet details and side air vents, a contrasting colour roof and door mirrors, and larger 19in alloy wheels. In addition, buyers can choose from four new body colours. 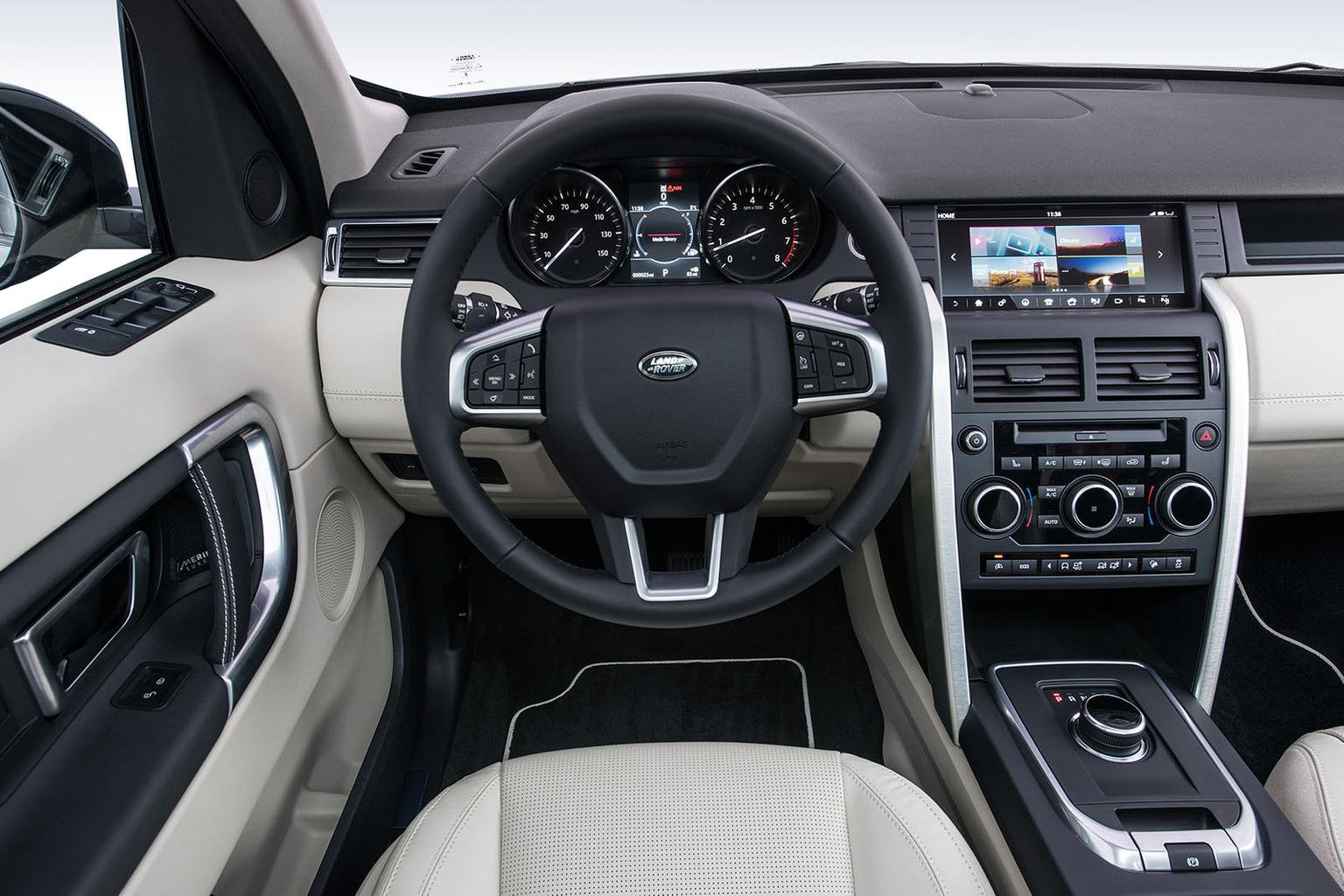 No changes have been made to the Discovery Sport's engine lineup. That means the range still comprises a staple 2.0-litre diesel in 148bhp or 178bhp forms. Drivers can choose between a six-speed manual or nine-speed automatic gearbox. Our pick of the range is the higher-powered 178bhp engine in combination with the automatic transmission, and in entry-level SE specification.

One of the most interesting changes to the car is the adoption of new tech that allows the car to alert drivers if they've left important objects behind.

Land Rover has partnered with Tile, a company which makes Bluetooth-connected tracking tags, and created a new smartphone app which senses the tags and alerts drivers if they're not in the vehicle. The hope is that owners will place the Bluetooth tags onto common items they use every day - such as a set of keys or a wallet - to reduce the time spent looking for lost items.

The new app - which is part of Land Rover's InControl infotainment system - checks for these tags inside the vehicle, and can either prompt each tag to emit a sound to identify its location, or give on-screen directions to where the tag is. 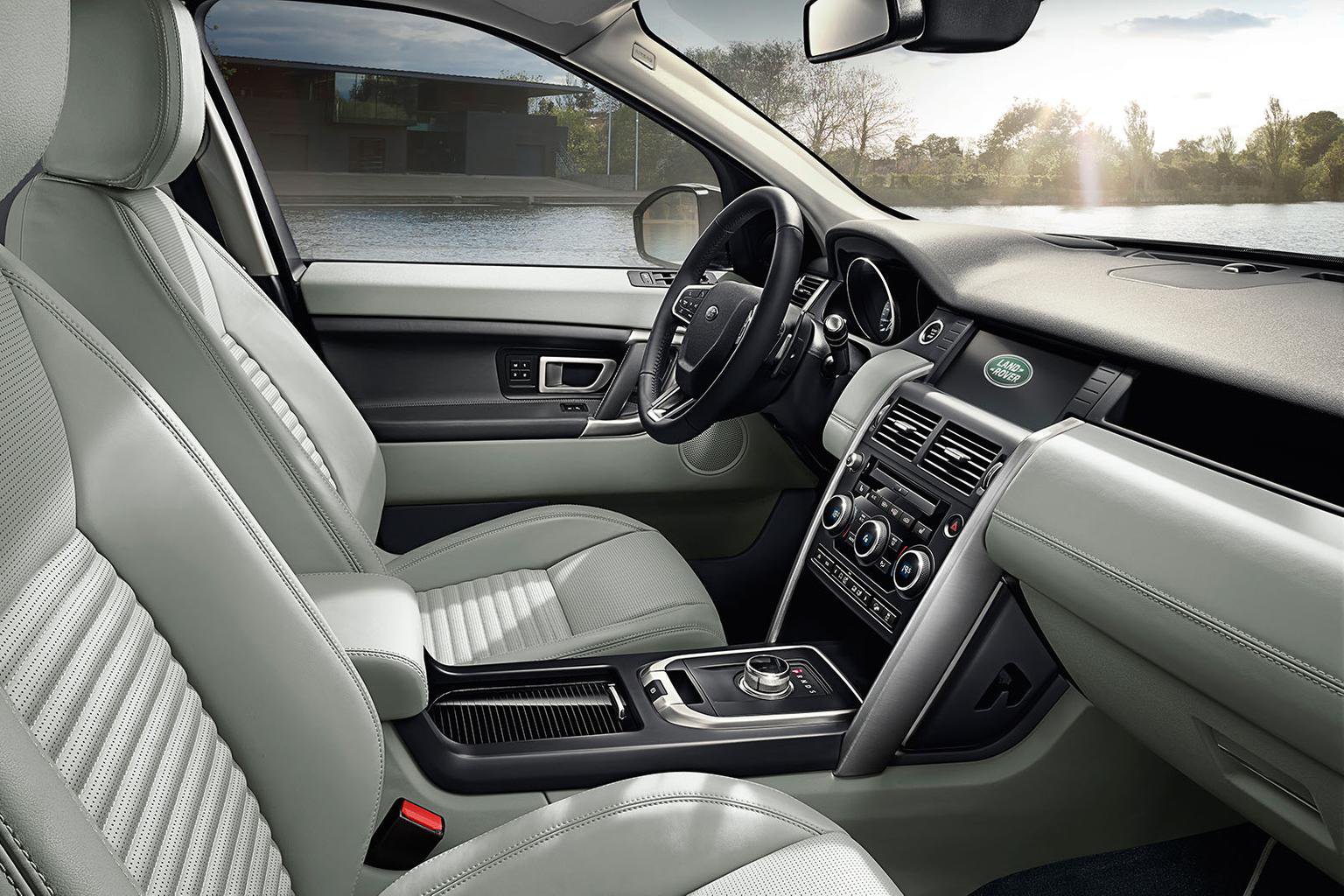 Another new optional feature is Land Rover's InControl Touch Pro touchscreen. As standard, the Discovery Sport gets an 8.0inch display, but now buyers can opt for a larger 10.2in display which also does away with many of the cabin's buttons. The same system is already offered in some of Jaguar Land Rover's other models, including the XF and XE saloons and the Evoque SUV.

A trio of new safety systems also feature. A driver condition monitor alerts drivers if the system detects signs of drowsiness - calculated by monitoring inputs while driving - while a new intelligent speed limiter can automatically slow down or speed up the car to reach the speed limit.

In addition, a new lane-keeping assistance feature uses forward-facing cameras to detect lane markings, and can apply gentle steering inputs if the driver attempts to leave their lane without indicating.

The Discovery Sport is competing against some truly premium - if less practical - rivals. Audi's Q5 has long been a staple contender in this market, while the BMW X3 comes with a great interior and is cheap to run. Both cars currently hold four-star ratings on What Car?.