A plug-in hybrid SUV could make a lot of sense for families with an eye on running costs. Let’s see who makes the best one: BMW, Cupra or Volvo...

SUVs are about riding high. To you, that could be the pleasure of staring wistfully over car rooftops at the horizon; to others it’s the one-upmanship of ‘mine’s bigger than yours’. Either way, you’ll love the XC40, because it’s by far the tallest. From the Formentor’s driver’s seat, you’ll be looking hatchback drivers squarely in the eye, and the X1 isn’t much better.

On the subject of elevation, our testers are a mixed bag, ranging from 5ft 3in up to 6ft 3in, so you could say we represent a good swathe of the population. The shortest pointed out that the Formentor’s driver’s seat dug slightly into the undersides of his thighs, and another, who’s much taller and longer in the body, mentioned he couldn’t quite see the dials unless the steering wheel was set unnaturally high (they all come with wheel height and reach adjustment, by the way). But the Formentor is the only one with a standard electrically adjustable driver’s seat, and all agreed that it offers the best shoulder support.

Never mind electric adjustment; the X1 doesn’t even come with adjustable lumbar support, and it’s the only one of the trio not to (it’s a £230 option). In addition, its pedals are offset noticeably to the right. On the other hand, it provides the most steering wheel reach extension, so even our tallest tester could have the steering wheel where he wanted it. 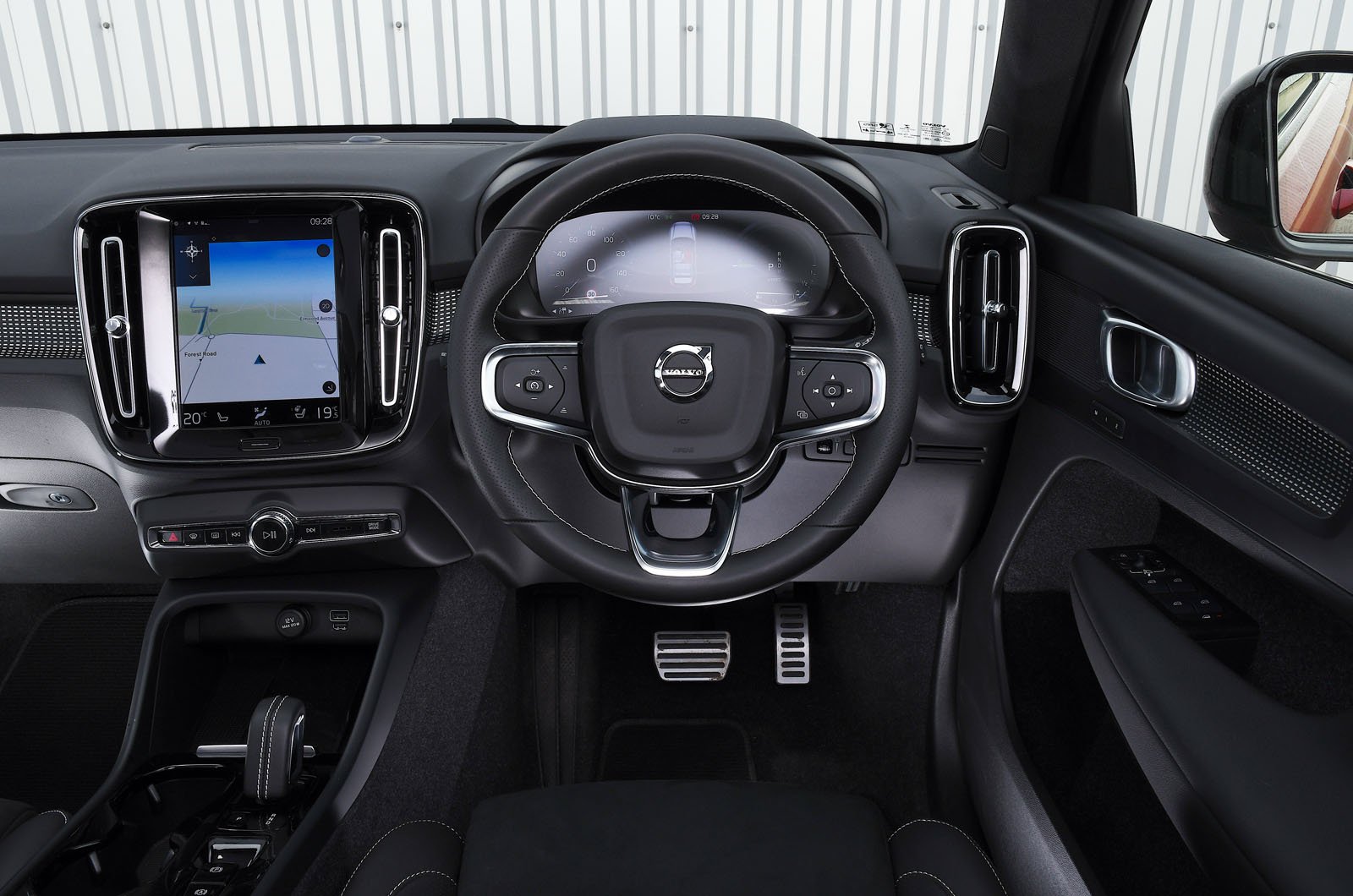 No one had any major complaints about the XC40’s basic driving position. In addition to the adjustable lumbar support, you get an extendable seat squab (which the X1 has too), and its seat was universally acclaimed as the most comfortable on a long journey. The cons? The seat has the least side support when cornering, but that’s a minor gripe.

The XC40 and Formentor come with digital instrument dials as standard; these place information such as the sat-nav map directly in front of you. In the Formentor, you can also pick from a number of virtual instrument styles, but, annoyingly, it returns to the default if you bring up the driver assistance menu. And that’s not an unusual requirement; it’s how you swap from the cruise control to the speed limiter function, for example. The cruise control/ limiter also resets without you asking every time you switch the ignition off, so the Formentor is definitely a bit of a control freak.

If the X1’s analogue dials seem a tad archaic, they’re also the epitome of clarity. We can’t fault its simple dashboard controls, either. They’re all ‘proper’ buttons, while most of the XC40’s features are controlled via its touchscreen.

Still, that’s better than the Formentor, which has some of the air-con controls on the touchscreen, plus touch-sensitive sliders to change the interior temperature. They’re hard to use generally but even more so at night, because they aren’t illuminated. Can you help us identify just one advantage of having them? Answers on a postcard, please. 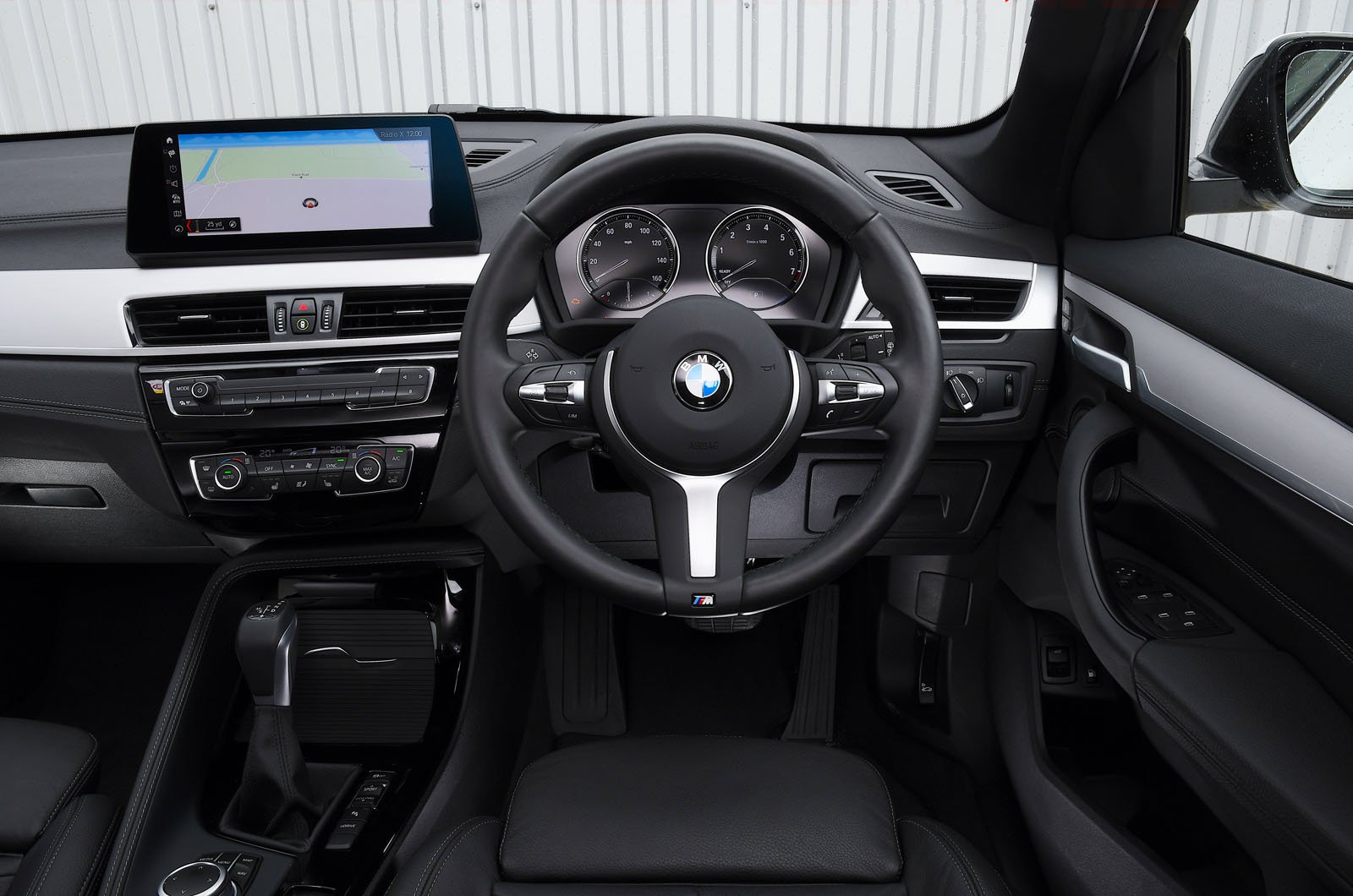 The Formentor is also the hardest to see out the back of. Its coupé-like rump is a greater visual restriction compared with the X1’s squarer rear, and even the XC40’s swept-up rear window line isn’t as inhibiting (although it still blocks your rearward view quite badly).

That said, the Formentor is the only one here with a standard rear-view camera, although all three get rear parking sensors. The X1 and Formentor also have front parking sensors as standard, but all three cars are fine for forward visibility; each has relatively thin windscreen pillars and it’s possible to judge where their bonnets end from the driver’s seat. All three have LED headlights, too.

The XC40 may be the cheapest car here, but it doesn’t feel it. It has the nicest mixture of interior materials and they’re all fixed down sturdily. The X1 is very good, too, with smart metal trims that add a touch of class to go with its high standard of fit and finish.

The Formentor is decent, but sprayed plastic heater vents that flex slightly and the hard plastics of its centre console are a comparative letdown. 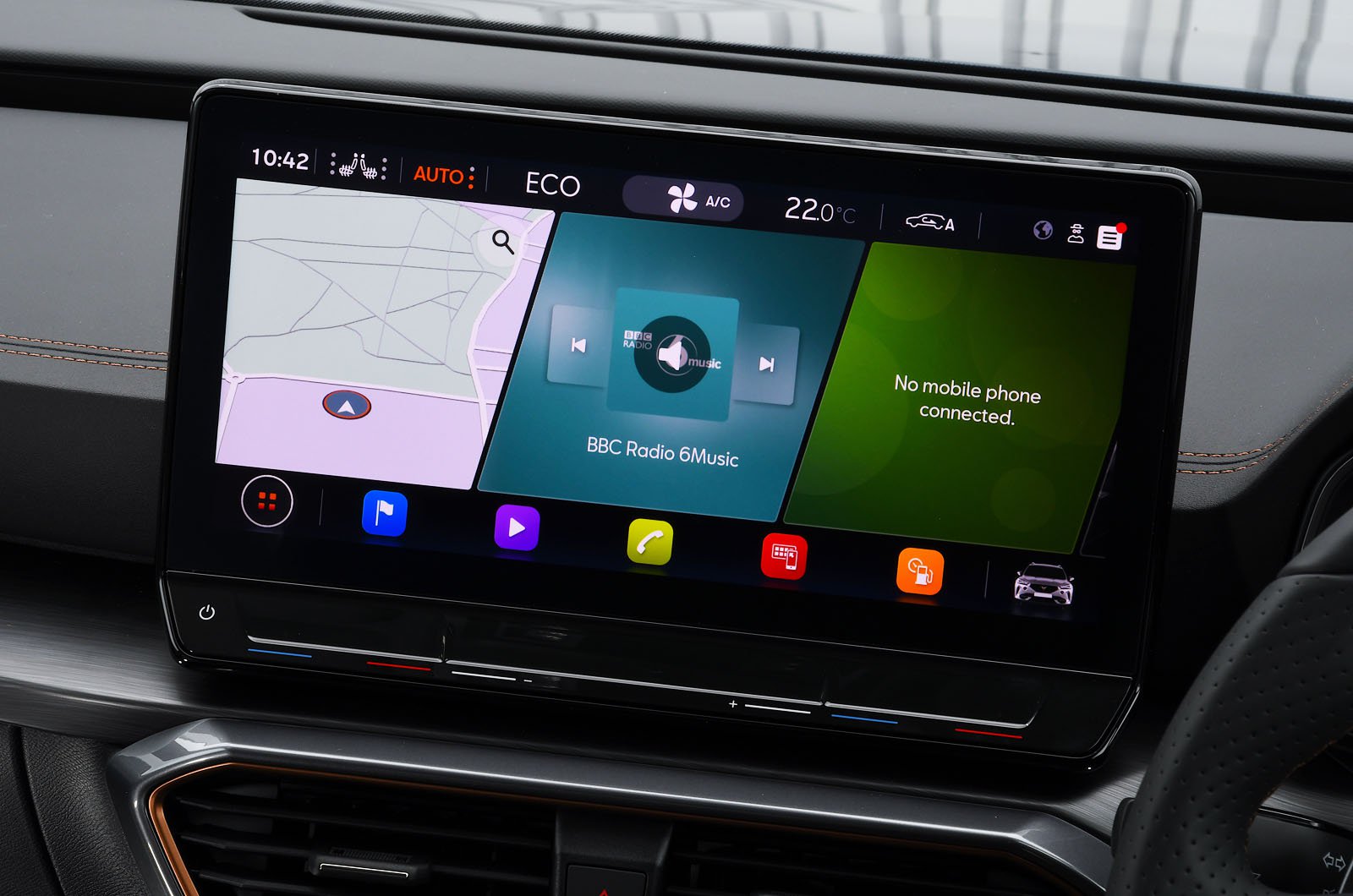 You get an enormous (12.0in) touchscreen that’s well sited on the dashboard. There’s a lot going on visually, so getting the hang of the operating system takes a bit of time. Once you’ve learned your way around, though, it’s relatively easy to use, helped by a row of handy shortcut buttons along the bottom of the screen, the (mostly) large icons and its generally quick responses. As in the X1, the standard stereo is bright and detailed enough to satisfy most ears. 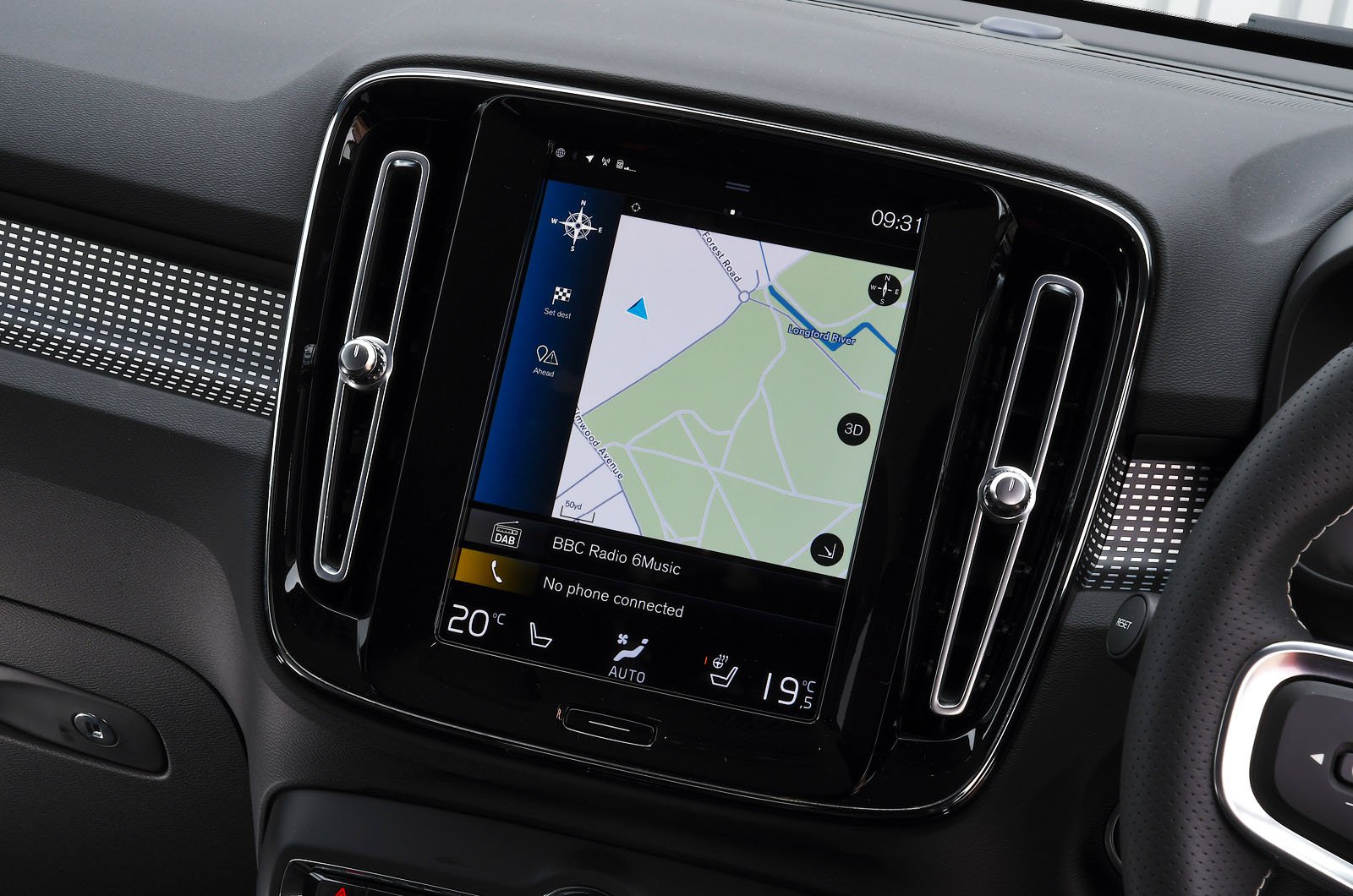 Volvo’s 9.0in, portrait-orientated touchscreen may look like an Apple iPad, but don’t be fooled, because it’s nowhere near as slick. It can lag as you swipe between screens, and it’ll do the same from time to time when you press an icon. It also takes the longest to build detailed pages, such as sat-nav maps. It’s not immune from crashing, either (although neither is the Formentor’s system). The stereo isn’t as detailed as its rivals’, but it does have the warmest bass. 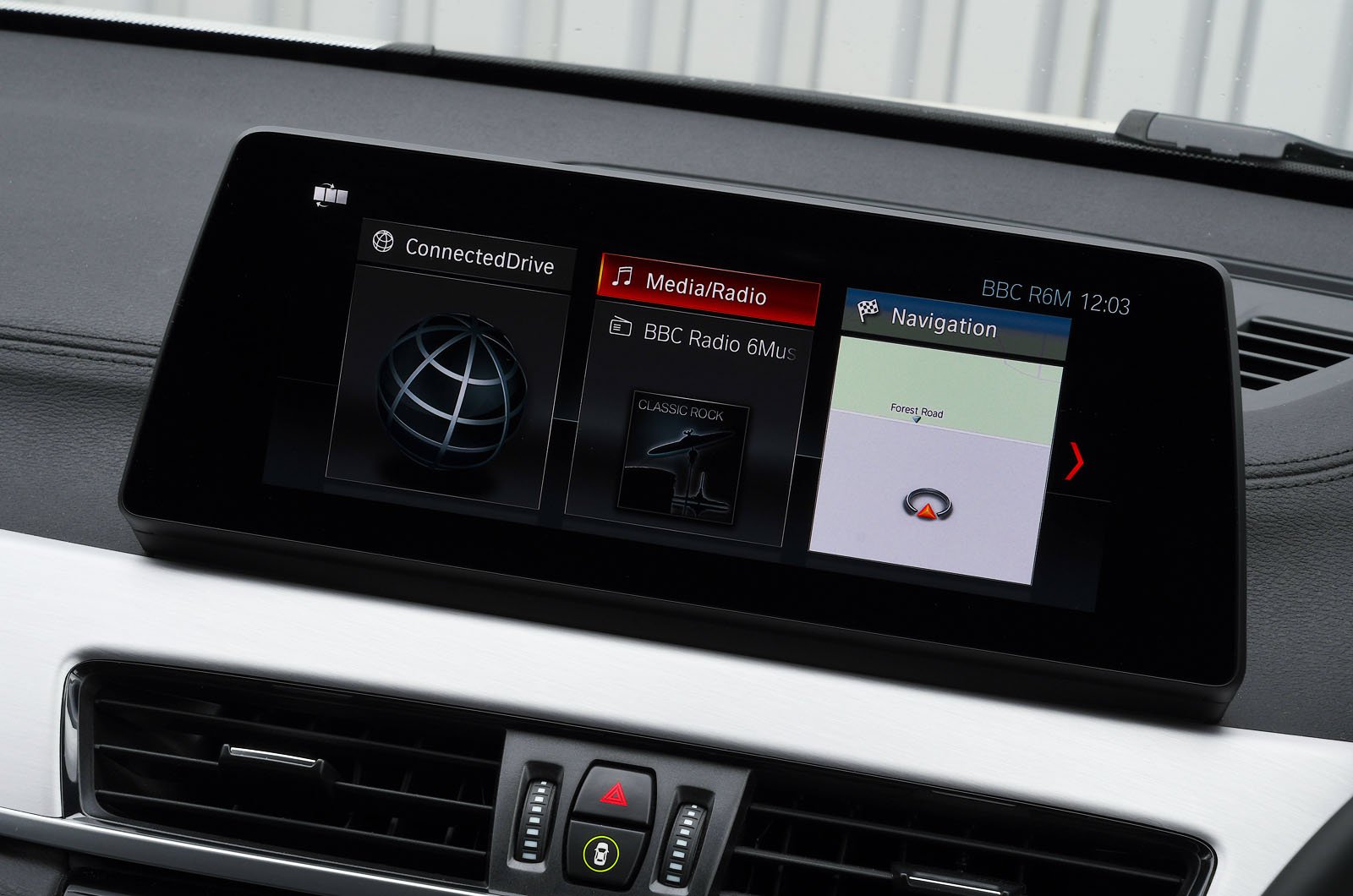 The X1 has the best infotainment system, even without shelling out £1250 for the Technology Pack II that brings this upgraded 10.3in touchscreen (as standard it’s 8.8in). That’s because as well as being controlled via Amazon Echo voice control or the touchscreen, you can use the dial between the front seats – the least distracting method for the driver. The system is easy to master and responsive, but you can’t get Android Auto phone mirroring.

Our chief photographer wanted an SUV that was frugal and fun to drive, yet still practical enough to swallow all his gear. Will the Jaguar E-Pace fit the bill? 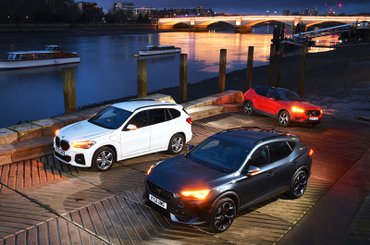 A plug-in hybrid SUV could make a lot of sense for families with an eye on running costs. Let’s see who makes the best one: BMW, Cupra or Volvo