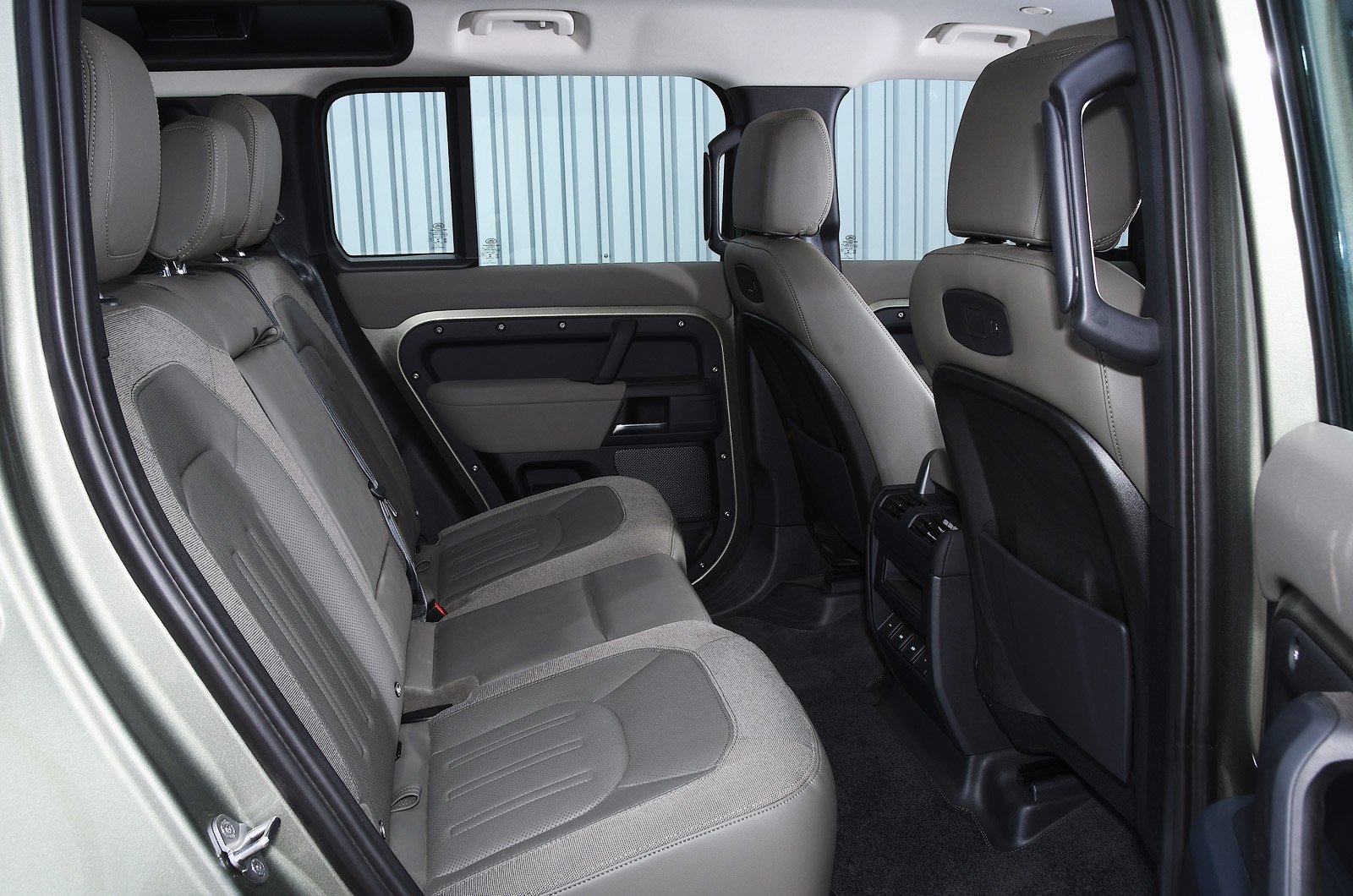 There’s plenty of head room up front and enough space between you and your passenger in the Wrangler. However, tall drivers might wish for a bit more leg room, and you do feel slightly wedged up against the door.

The XC90 is usefully airier, with more space for your elbows, similar head room and plenty of leg room. The Defender doesn’t quite match the XC90 for leg room, but it feels far more spacious up front. That’s because the roof is quite a bit higher and the interior is seriously wide. It also has by far the most stowage space, spread around various cubbies, shelves and pockets, and the Wrangler the least, not helped by small nets in place of door bins. 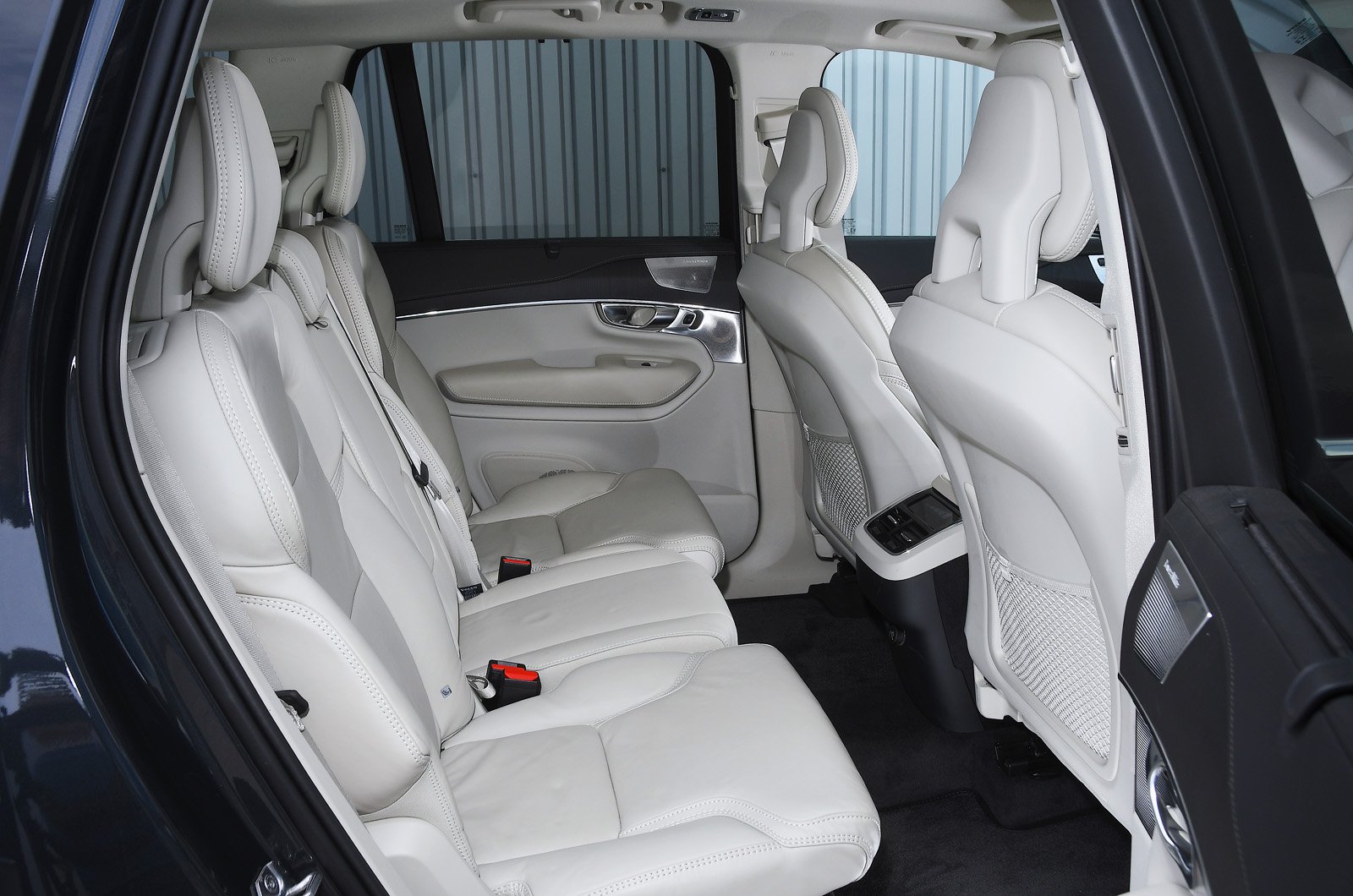 Move back a row and all three have enough leg room for six-footers not to feel cramped, with the Defender having a smidgen more than the XC90 and the Wrangler a bit less.

The Defender also has the most head room and, being so broad, is the best for seating three side by side, aided by a flat floor and a centre seat that’s almost as wide as the outer pair. A high central floor hump and a raised centre seat make the XC90 less suitable for a middle passenger than the Wrangler, which has more head room and acceptable leg room. 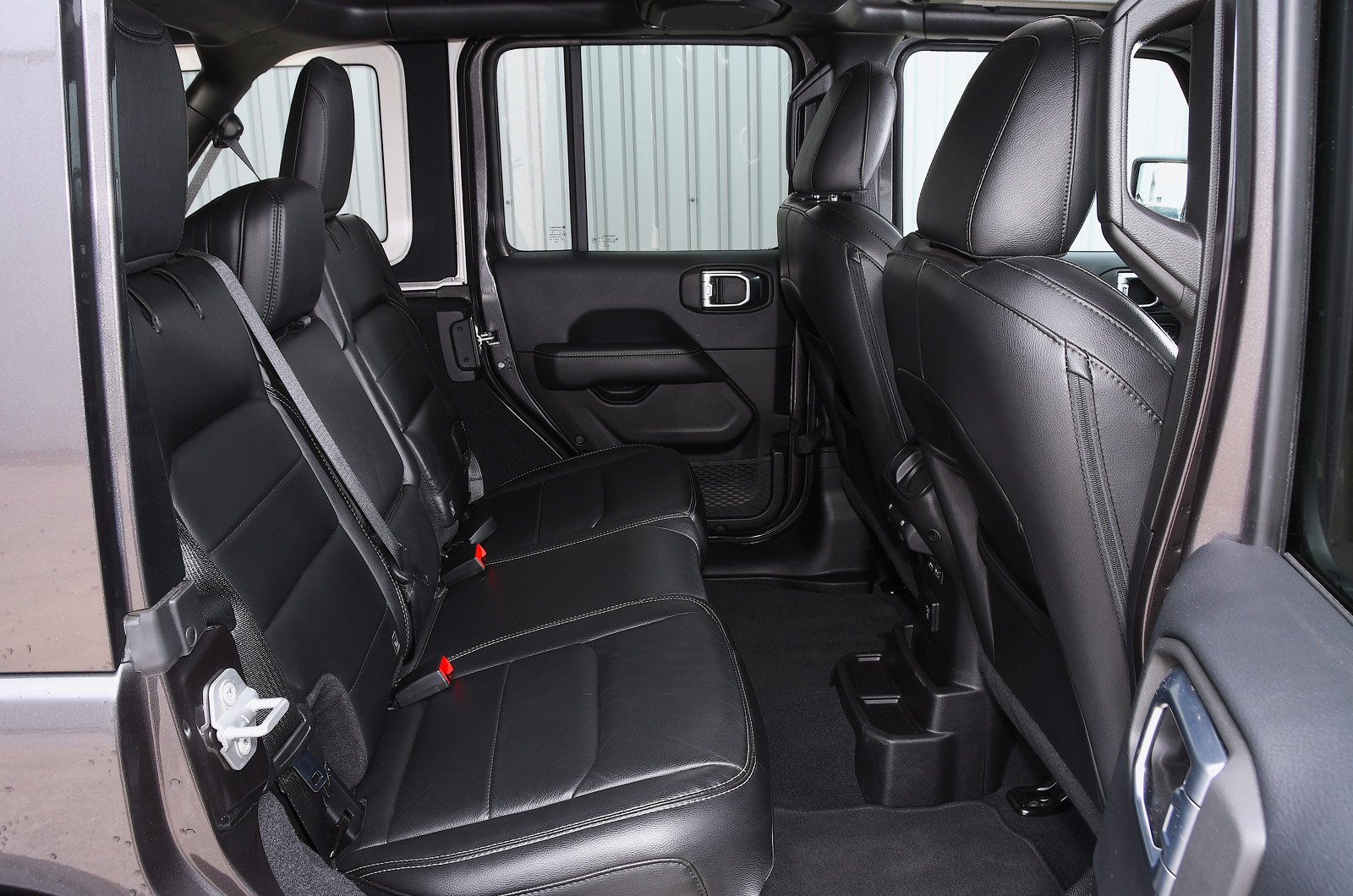 The Wrangler is the only one not available with seven seats or a sliding and reclining second row; both are standard on the XC90. Specify this seven-seat Defender (£1985 more than the five-seater) and you get the optional sliding second-row seats too. The XC90 has more leg room than the Defender in its third row, but the latter is comfier, not only due to its extra head room but also because there’s space at the side of the seat in front to extend your outer leg.

The XC90 has the biggest boot, swallowing 10 carry-on suitcases below its parcel shelf. The others can take seven – easily in the Defender’s case but a squeeze in the Wrangler’s. Only the XC90 has a conventional tailgate (it’s electrically operated); the side-hinged doors on the others can prove problematic to open if there’s a car or wall close behind. 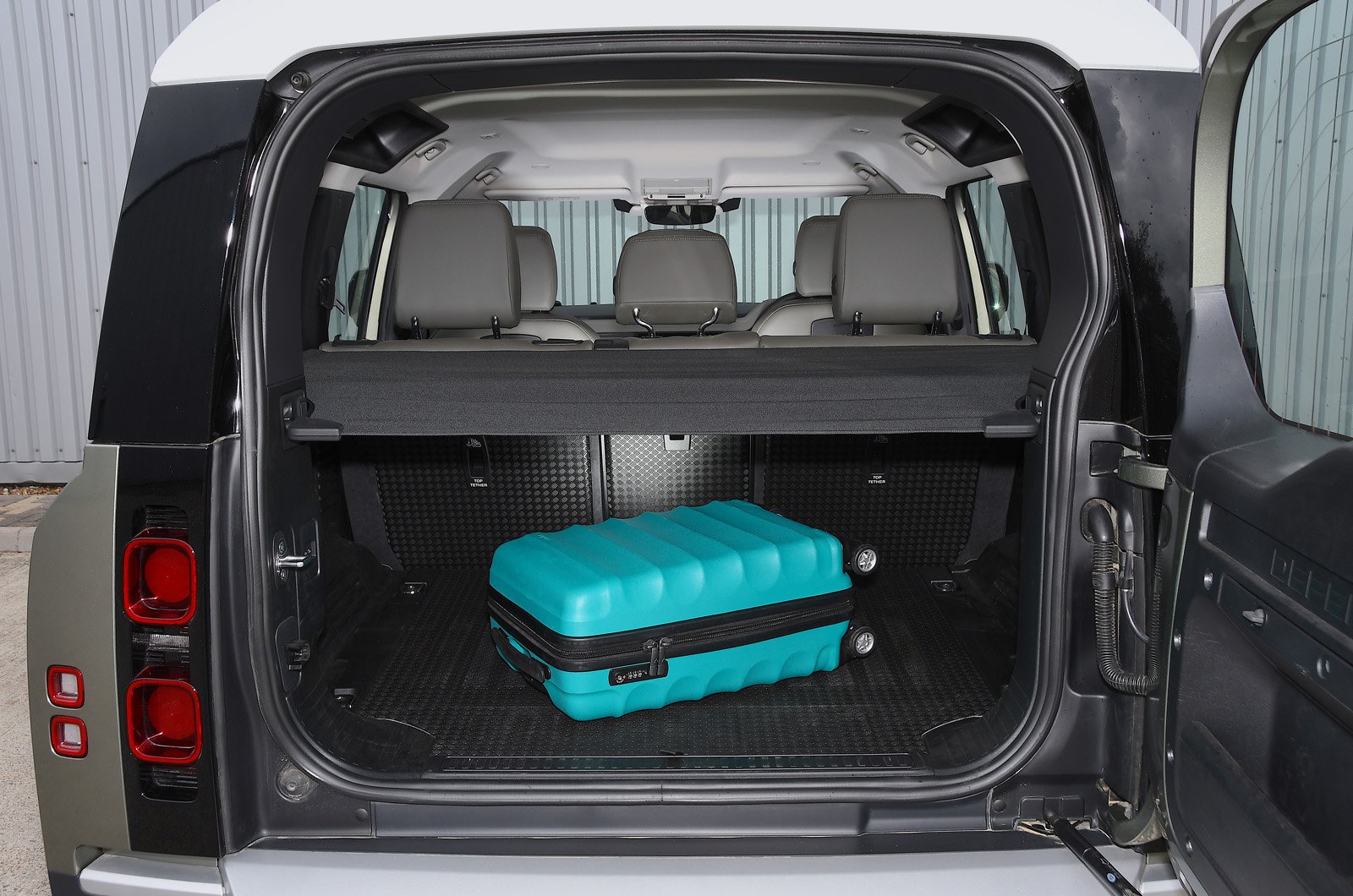 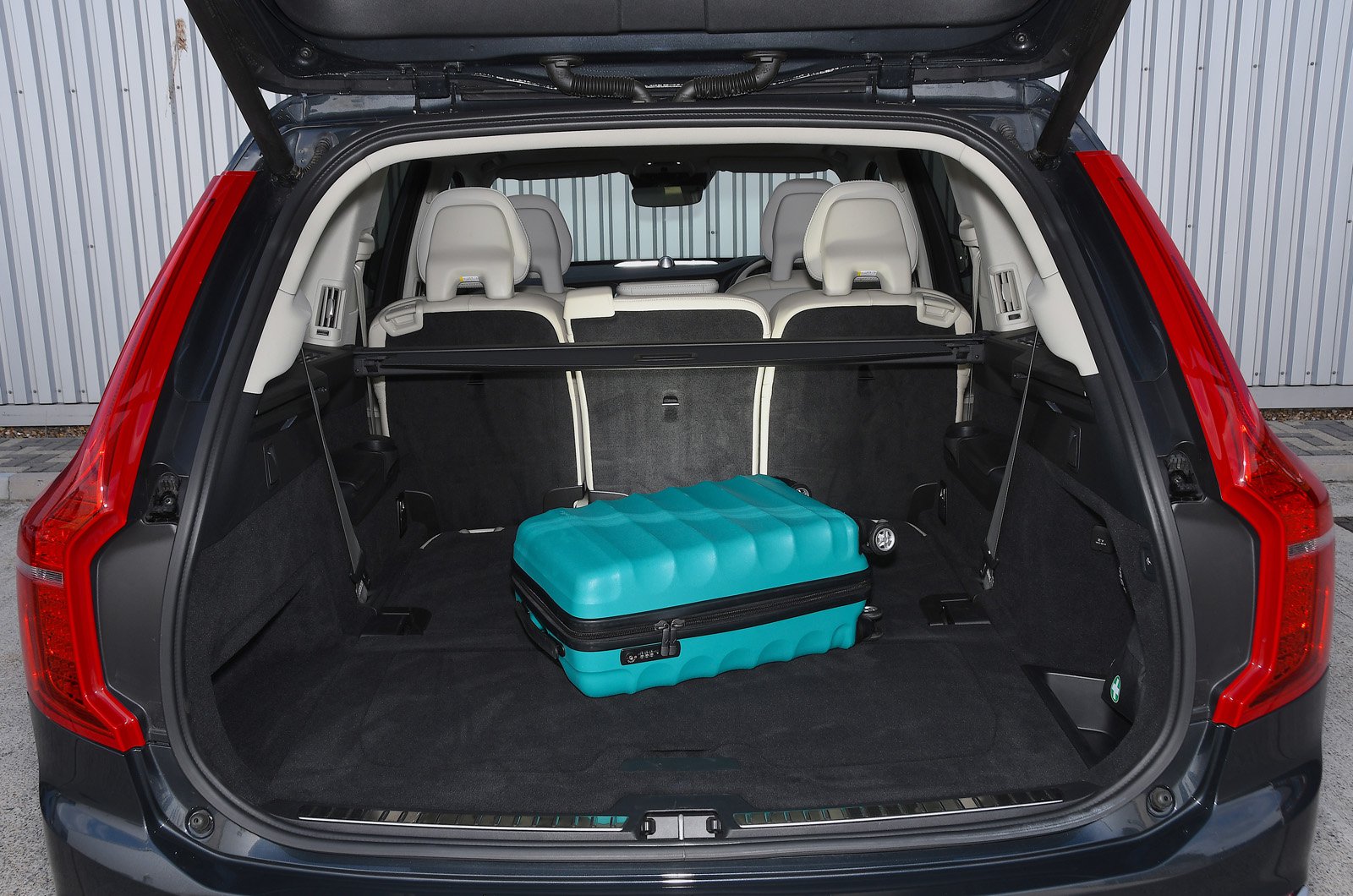 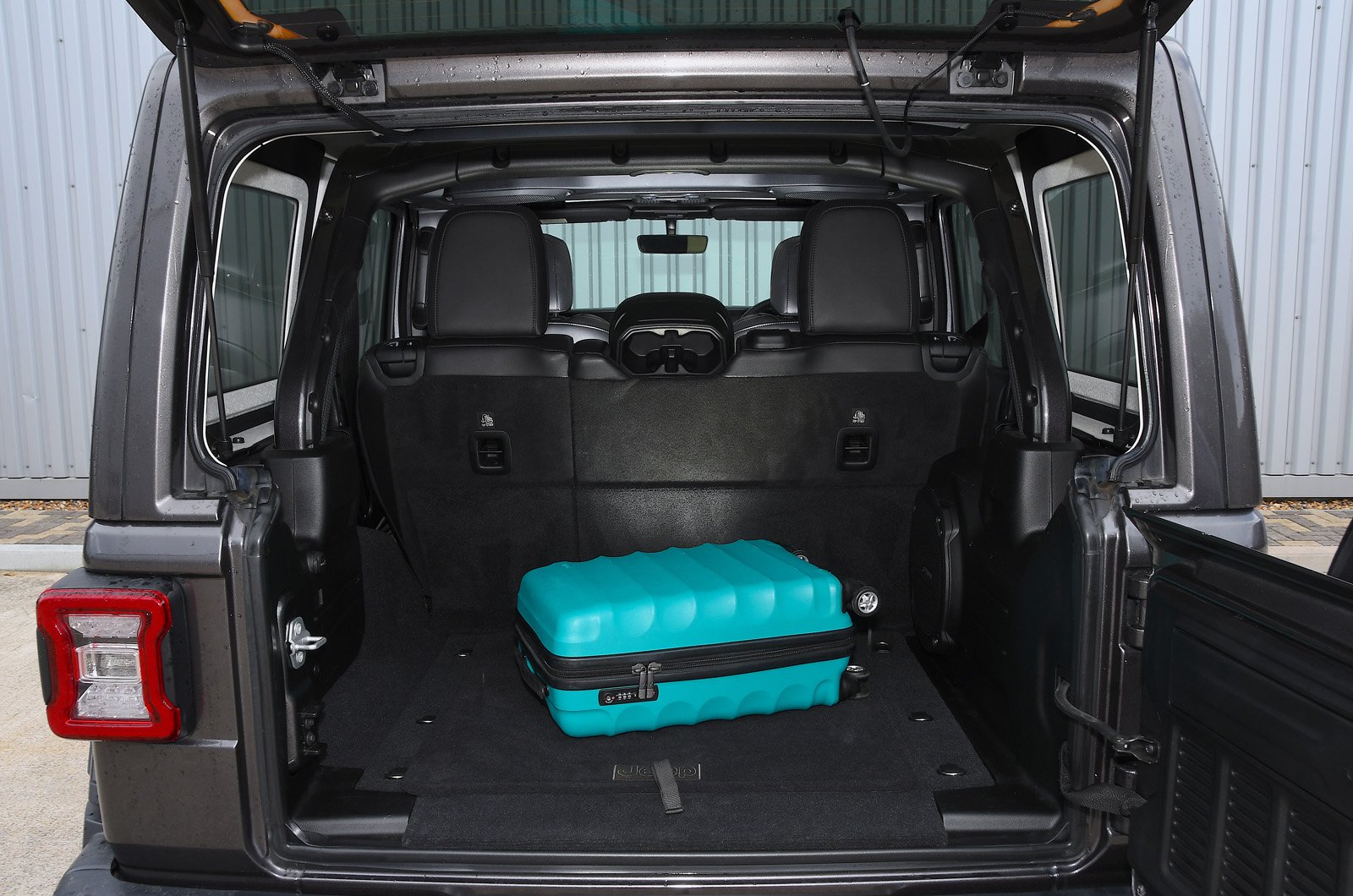