The Arona's driving position is fundamentally sound. You get plenty of seat adjustment and the pedals and steering wheel line up neatly with the driver's seat. However, some of our testers wish the steering wheel would retract slightly farther into the dashboard, and it’s worth pointing out that only Xcellence and Xcellence Lux trims get a central armrest up front.

Do you long for a lofty SUV driving position? Well, as is the case with the Skoda Kamiq, you’ll feel barely any farther above terra firma in the Arona than you will in a regular small hatchback. So if that's a deal-breaker for you, have a look at the Ford Puma, Nissan Juke and Volkswagen T-Cross instead, which will all have you sitting quite a bit higher up.

Meanwhile, the Arona's dashboard is logically ordered, with chunky, clearly labelled buttons and an air conditioning control panel that’s angled towards the driver, to make it easier to read and operate while you're driving.

Fortunately, the Arona’s eye-catching looks haven’t come at the expense of forward visibility. The windscreen pillars don’t obstruct your view too much – even when pulling out of junctions – and it’s easy to judge the car’s extremities – certainly compared with the more enclosed cockpit of the Peugeot 2008.

The Arona’s heavily styled rear end does make it trickier to see out of the back when parking. However, all trim levels, apart from entry-level SE, come with rear parking sensors, while range-topping Xcellence Lux models also get sensors at the front of the car and a rear-view camera.

Powerful LED headlights are standard from FR and Xcellence trims, which deliver much better night vision than you get with the halogen headlights fitted to cheaper versions. All models get automatic headlights, while FR trim and Xcellence add rain-sensing wipers and an auto-dimming rear-view mirror. 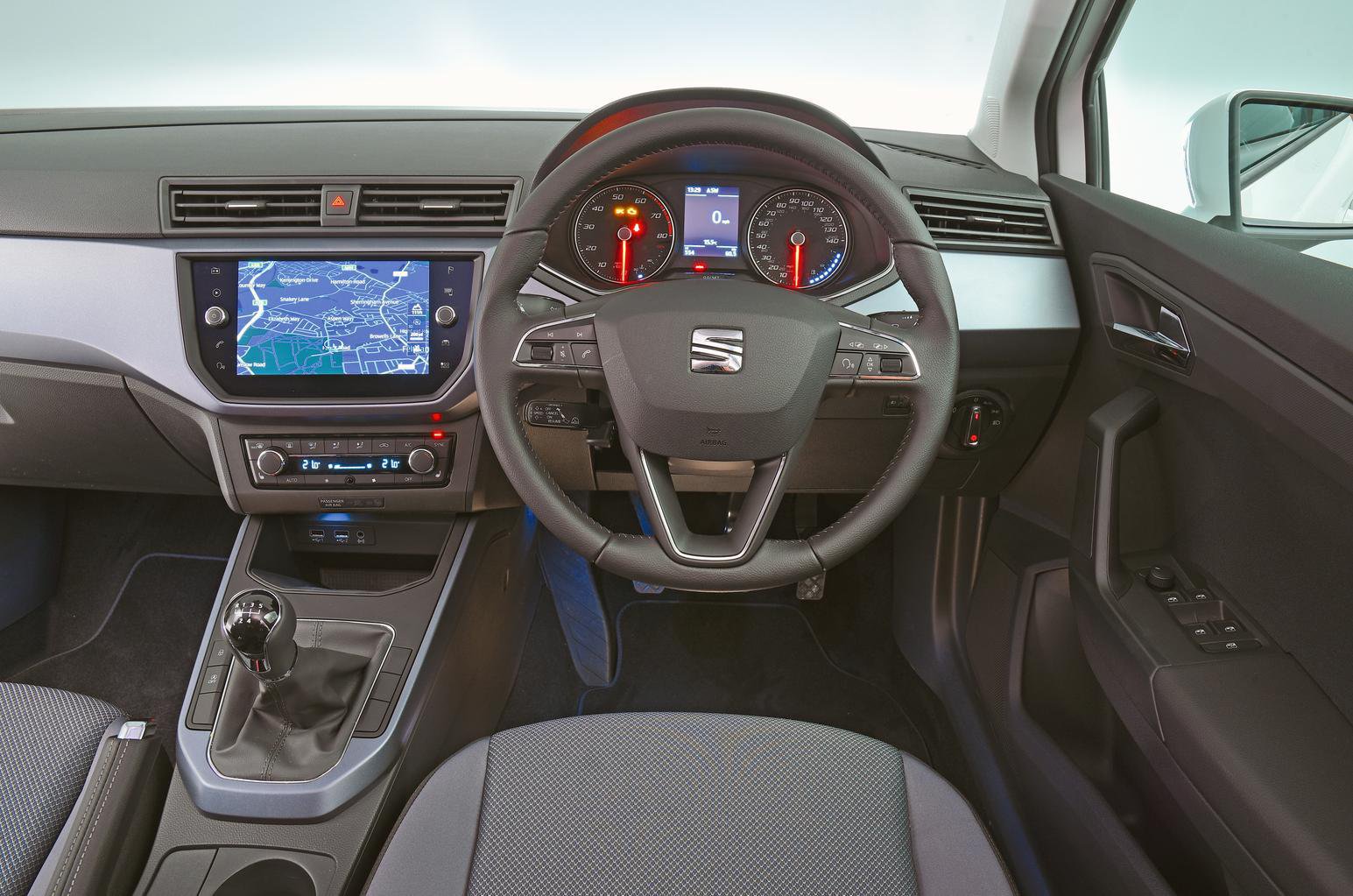 Every Arona has a touchscreen infotainment system. On the base SE trim that’s a 6.5in screen, which is tiny by today’s standards, but it includes a DAB radio plus Apple CarPlay and Android Auto smartphone mirroring. Go up a rung to SE Technology (our pick of the trims) and you gain a larger 8.0in screen with sat-nav, voice activation, an extra USB connector and even wireless phone charging.

The smaller touchscreen is a bit fiddly to use but the 8.0in version is generally excellent. It’s crisp and bright and responds quickly when you prod it, while the menus are easy to get your head around. In fact, it's one of the better infotainment systems in the class (much better than Peugeot’s or Citroën’s), although the fact that it's a touchscreen inevitably makes it a bit more distracting to use while driving than the rotary-dial, iDrive system in the Mini Countryman.

A six-speaker stereo is standard, while SE Technology Lux trim has a more powerful Beats system with a subwoofer in the boot.

The Arona’s close links with the Seat Ibiza hatchback are patently obvious here. Indeed, the interiors of both cars are pretty much identical. The Arona's dashboard is built exclusively from hard – mostly grey – plastic, although everything seems sturdily assembled and the leather on the steering wheel doesn't feel cheap or tacky.

The leatherette that wraps the dashboard face of higher-end models might seem like a subtle touch, but it’s a trick that really helps lift the Arona’s otherwise drab interior. Range Rover designers have been doing a similar thing for years. Even so, the Skoda Kamiq knocks the Arona for six when it comes to overall quality, thanks to squishier plastics and a generally more upmarket feel, as does the Nissan Juke. But the Mini Countryman and Audi Q2 are the kings of quality in this class if that's what you're looking for. 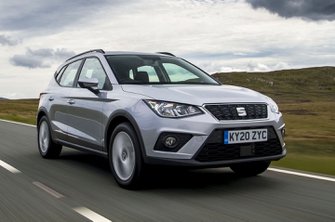