The Skoda Kodiaq is a large SUV, so you’re unlikely to ever feel cramped in the front seats, even if you’re a basketball player.

Head room is more copious than it is in the Peugeot 5008 and the front seats slide back a long way to accommodate anyone long in the legs, although the Kodiaq’s interior isn’t as broad as the Kia Sorento's.

There's loads of storage space, including door pockets that are big enough to swallow a large bottle of water. There’s also a cubby under the front armrest and another in front of the gearlever that’s designed to take your mobile phone.

The majority of Skoda Kodiaq models are seven-seaters; in fact, it's only the entry-level SE trim that comes with just five seats as standard.

The second-row seats slide back and forth, but not (all three) individually as they do in the Peugeot 5008. With the seats set fully back, to maximise leg room rather than boot space, there’s a decent amount of space for taller adults. Head room is excellent, but there’s not as much knee room as there is in a Peugeot 5008 or Land Rover Discovery Sport, and if you need something really huge, the Hyundai Santa Fe and Kia Sorento are bigger still. Both the 5008 and Sorento have wider interiors as well, so they’re better for seating three adults side by side.

The Kodiaq’s third-row seats are a lot less roomy than those in the 5008 and certainly the Sorento; teenagers and adults will have to duck to keep their heads from brushing the roof. Leg room is reasonable, as long as those sitting in the middle row don’t slide their seats too far back. 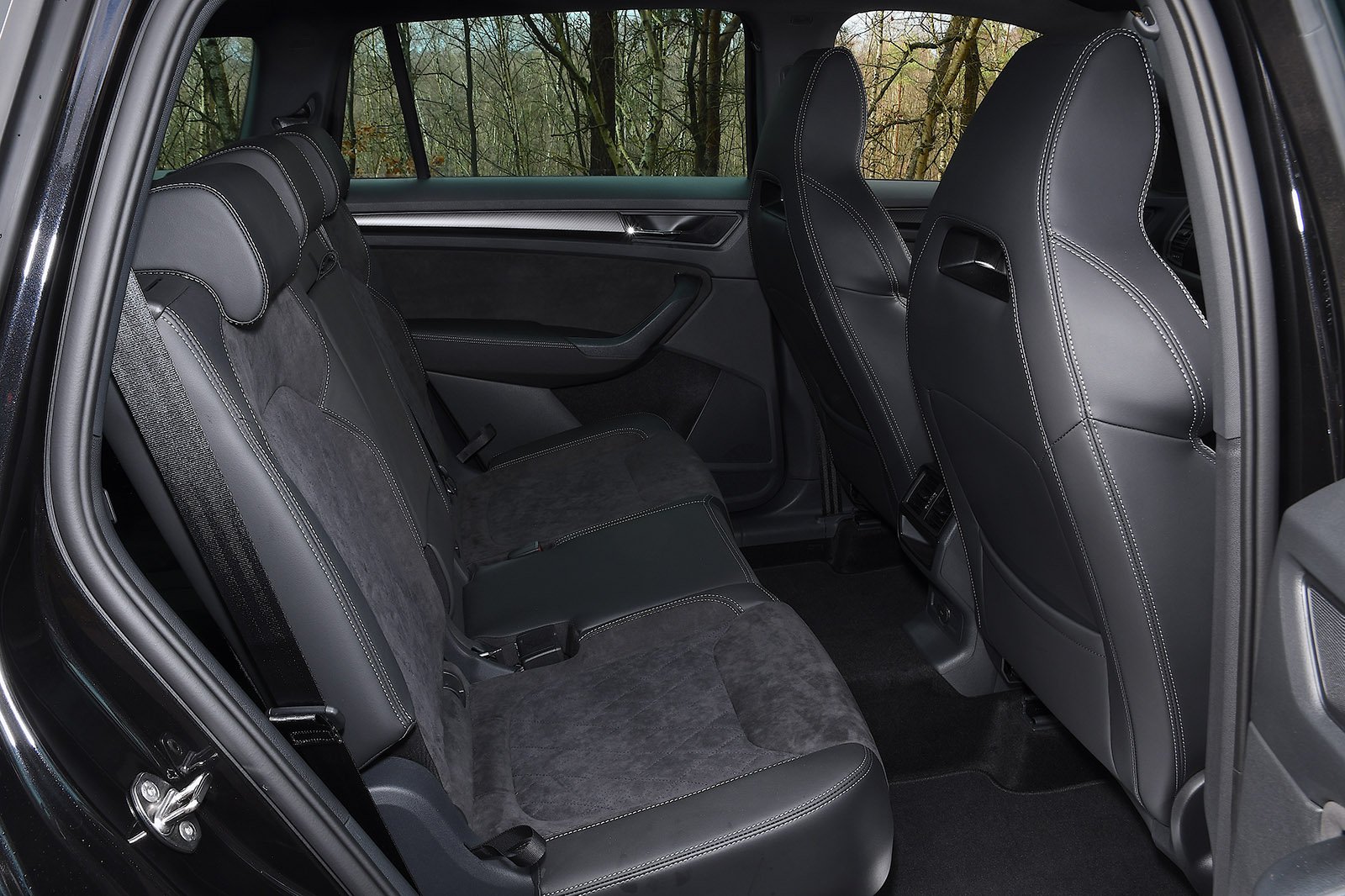 As we touched on above, the Kodiaq's three middle-row seats don’t all slide back and forth individually as they do in the 5008; instead, they slide in a 60/40 split. That said, you can recline all three backrests in the Kodiaq independently – handy when one of your passengers fancies a snooze – and when you need more luggage space they fold down in a useful 40/20/40 arrangement.

The third-row seats stow away into the boot floor when they’re not required and are reasonably simple to put up or down.

Five-seat versions of the Skoda Kodiaq (and seven-seat versions with the rearmost seats stowed away into the floor) have an enormous boot that can hold an impressive nine carry-on suitcases. But the Peugeot 5008’s boot is bigger still and able to take 10 cases, while the Kia Sorento’s is so much longer and wider that it can take 11.

With bums on all seven seats, the Kodiaq’s boot shrinks considerably, although there’s still space for a quick trip to the supermarket or a couple of small suitcases. The tonneau cover pulls across the whole boot area when the Kodiaq is in five-seat mode and cleverly slots away under the boot floor when all seven seats are required.