Leaving aside the electric Corsa-e, there are three engines available: two petrols and one diesel. We have yet to try the entry-level 74bhp 1.2-litre petrol engine (badged 1.2 75), which comes with a five-speed manual gearbox, but the on-paper figures suggest it’ll be fairly sluggish.

We reckon the pick of the range is the turbocharged 99bhp version (badged 1.2 100 Turbo), which has enough flexibility for motorway journeys and accelerates quite briskly. 0-60mph takes 9.3sec, which is similar to the Volkswagen Polo 1.0 TSI 95 but not as punchy as the more powerful Seat Ibiza 1.0 TSI 115. Just bear in mind that opting for the eight-speed automatic transmission, rather than the standard six-speed manual, makes the Corsa almost a second slower from 0-60mph.

The Corsa handles abrupt bumps, such as potholes and drain covers, with reasonable ease, but tends to be disturbed by smaller road surface imperfections that the softer Peugeot 208 would glide over. This shortcoming is highlighted if you go for trim levels fitted with bigger, 17in alloy wheels.

Things improve as speeds rise, but the ride never quite settles down as it does in the best rivals, including versions of the Volkswagen Polo and Audi A1, as well as the 208. 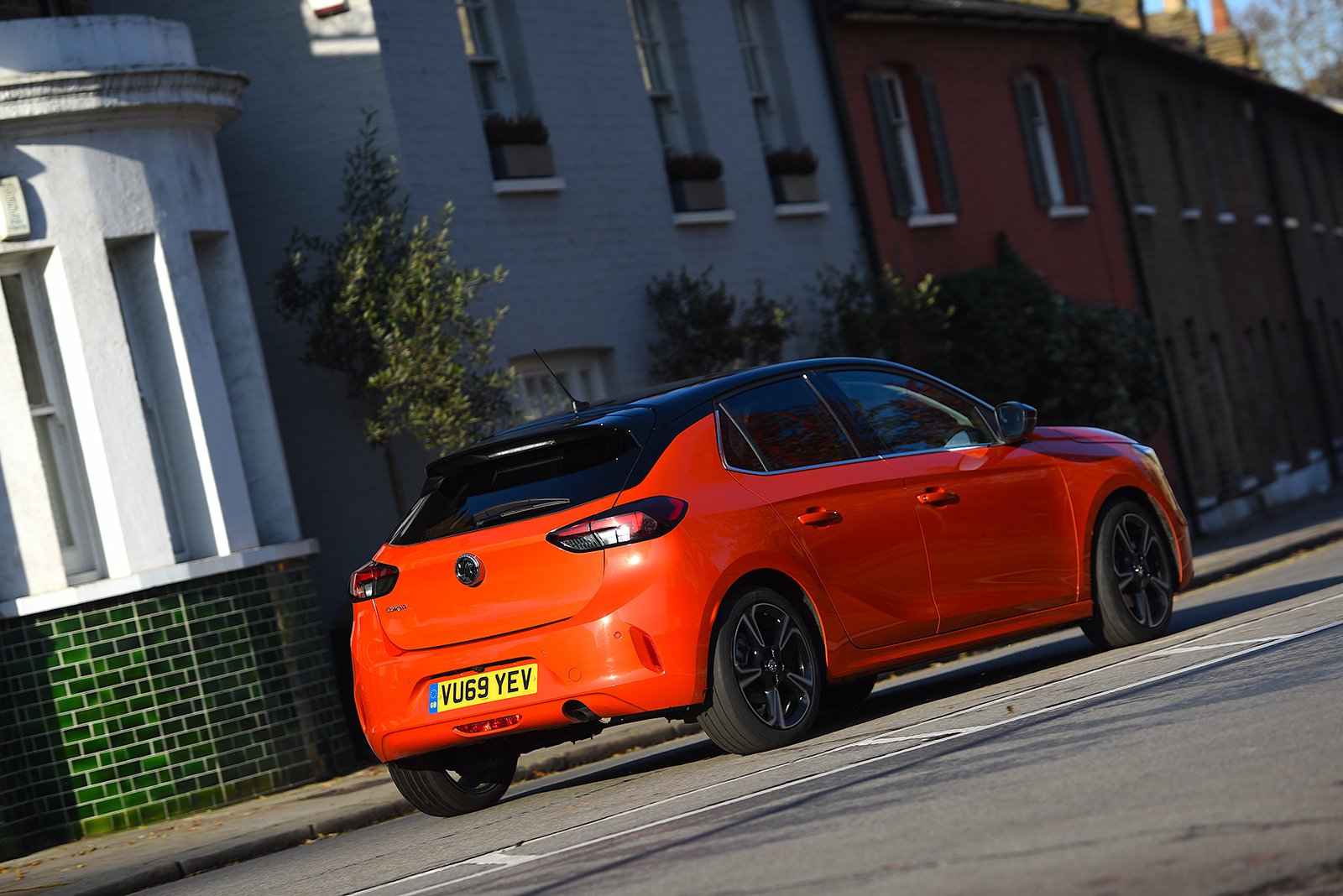 The Corsa is stable and surefooted with good grip, but there’s more body lean than you’ll experience in its Seat Ibiza and Ford Fiesta rivals.

Also, the Corsa’s steering is extremely light and doesn’t weight up like you’d wish it to at faster speeds, feeling a bit vague as a result. So, twirling the Corsa’s wheel for manoeuvres into parking spaces is no challenge at all, but it just isn't as much fun to hustle along snaking roads as its rivals. Indeed, the steering is some way off the excellent Fiesta's – the best-handling car in the class.

SRi trim provides a ‘sport’ mode that adds some extra weight to the steering, but it's not a marked difference.

There’s a fair bit of wind and road noise at motorway speeds, and the engines are a bit more vocal than in other small cars, such as the Polo, but not unpleasantly so. If you prod the SRi trim’s Sport mode button, the exhaust note is made slightly rortier, but also rather artificial.

We're yet to try the five-speed manual gearbox that comes with the 1.2 75 engine, but the six-speed 'box makes a decent account of itself, with a long throw but a relatively slick action, not unlike the 208's. It's not as mechanically delightful as the Fiesta's precise gearshift, though. The optional eight-speed automatic gearbox is a little jerky from a standstill, but shifts smoothly on the move.

Another thing you’ll notice are the pedals' actions. The clutch biting point is a little vague, and the brake pedal is quite sensitive, too, which takes a bit of getting used to before you learn not to stop smoothly.