Even tall drivers will find plenty of space up front, with head and leg room being fairly generous for the class. However, as with the very similar Peugeot 208, the car's width, plus the thickness and angle of the front pillars, make the Corsa seem less airy inside than a Volkswagen Polo, Skoda Fabia or Seat Ibiza.

Front storage space is okay, although the glovebox and the cubbyhole under the central armrest are a bit stingy. Handier is the storage tray at the bottom of the dash that's just right for a phone or wallet. There are also a couple of reasonably sized door bins, too.

The Corsa’s rear seats aren’t the easiest to get in and out of if you're an adult of above-average stature, due to its fairly narrow door apertures. Once inside, though, there's a good amount of room for two tall adults. There’s much more head and leg room than there is in a Renault Clio, but the Polo still pips the Corsa for ultimate rear-seat space.

Storage space includes a couple of small door bins and map pockets on the back of the front seats. 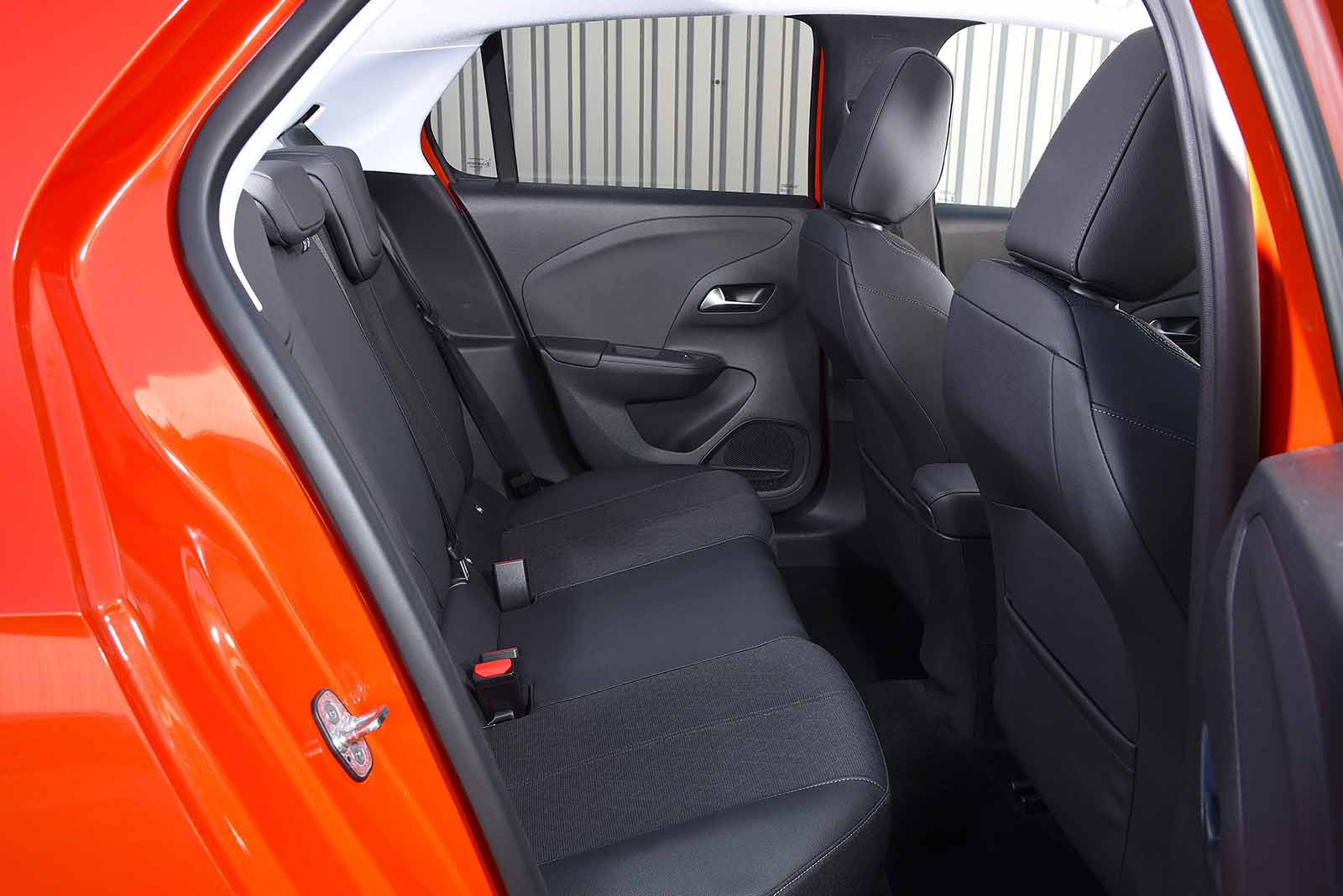 The rear seats split and fold 60/40 as standard. This is par for the course in the small car class, with no rivals offering the more versatile 40/20/40 arrangement. You'd need to look at small SUVs like the Mini Countryman if you want that feature or sliding and reclining rear seats.

The Corsa’s boot is a fair size for the class. Sure, there are rivals with greater outright capacity, such as the Skoda Fabia and Volkswagen Polo, but the Corsa has more luggage room than the Ford Fiesta.

While access is good and it's easy to load and unload, it's a shame that there's no height-adjustable boot floor. This is a feature that many rivals offer that can help to minimise the boot lip that can be so inconvenient when loading heavy luggage, and the Corsa’s lip is quite substantial.