It’s unlikely that anyone will be sitting up front in a Volkswagen T-Roc and thinking "I don’t have enough room". Not only do the seats slide back a long way (although not quite as far as the Mini Countryman's), but there's also masses of head room. The T-Roc is one of the wider cars in the class, too, so you won’t be clashing elbows with the person next to you.

Storage space, meanwhile, is impressive. The T-Roc offers a large centre cubby, space under the front armrest, wide door pockets and a big glovebox. You even get a drawer under the driver's seat from SE trim up.

Rear head room in the T-Roc is generous (assuming you haven’t opted for a panoramic glass roof), while leg room is good. There's more of the latter than you'll find in the Ford Puma, Kia Stonic and Nissan Juke and it matches the Audi Q2 in this respect. It falls short of the exceptions in the class, though, such as the enormous Skoda Kamiq.

Those planning on carrying three people in the back will find the T-Roc is broader than most of its rivals, so it's one of the better cars to go for, but it's still a bit of a squeeze for a trio of large adults. As for storage space, there are pockets on the backs of the front seats and space for a can of drink in each rear door. 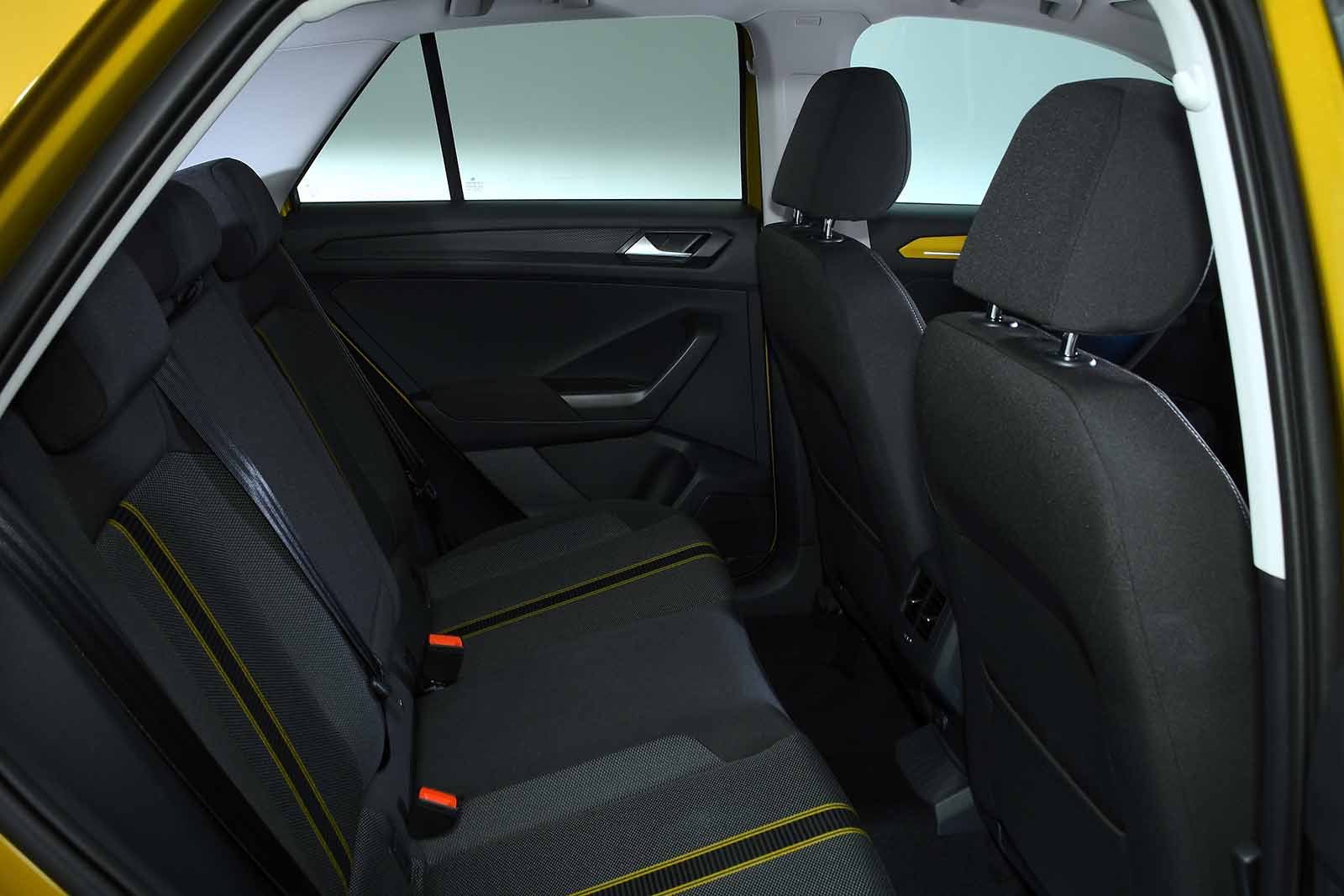 While folding rear seats come as standard, they're split 60/40 rather than in the more versatile 40/20/40 arrangement provided by the Mini Countryman and Q2. And unlike the Countryman, the T-Roc isn’t available with rear seats that slide to allow you to set a balance between rear leg room and luggage space, and nor do they recline. That said, most cars in this class don't do any of those things, either, and the T-Roc does at least provide you with a ski hatch (from SE trim), to give you a bit more loading flexibility.

Electric front seats aren't available, but, as we mentioned in the driving position section, adjustable lumbar support is available for a small charge.

The T-Roc’s boot is a practical, square shape, and, at 445 litres (392 litres in the four-wheel-drive T-Roc R), it’s slightly larger than the Q2's and Seat Arona's. To prove the point, we fitted seven carry-on suitcases into the T-Roc (or six in the T-Roc R); that's one more than we managed to fit in the Arona and the same number that the Countryman and Citroën C3 Aircross swallowed.

It also comes with a useful height-adjustable boot floor as standard. This minimises the load lip at the entrance and flattens out the step that’s left when the rear seats are folded down.