The XC60 is priced competitively against the Audi Q5, BMW X3 and Mercedes GLC, and PCP finance offers are often very competitive for the class. You can get some pretty good cash discounts on the XC60, too (check out our deals page for the latest offers).

Officially, the B4 diesel engine pumps out less CO2 than many rivals, thanks partly to its mild-hybrid engine and also the fact that it's available with front- rather than four-wheel drive. If you're considering an XC60 as a company car, though, the T6 and T8 plug-in hybrid versions offer by far the cheapest benefit-in-kind tax bills. Just be aware that, unless you charge the battery regularly and do lots of miles using pure electric power, fuel economy won't be spectacular.

The Polestar Engineered version is far too pricey and is best avoided. If you're looking for a large SUV that's fun to drive, the Porsche Macan is a much better buy.

We’d be tempted to stick with entry-level Momentum trim because it gives you all the essentials and quite a bit more on top. Climate control, keyless start, cruise control, automatic lights and wipers and heated leather seats all come as standard, so you only really need to add metallic paint to help out the resale values.

R-Design is also very popular, mainly because it offers sportier styling, bigger alloy wheels and tinted windows. Upper trim levels, such as the luxurious Inscription, which brings a more upmarket interior and fully electric seats, and the performance-focused Polestar Engineered, with its beefier brakes and extra engine power, push the XC60’s price into the realm of altogether bigger and better cars, such as the Land Rover Discovery and Volvo’s own flagship XC90.

There are plenty of optional packs available that lump popular extras together for a reasonable priced, but you can also pick and choose many options individually – a rare thing these days. 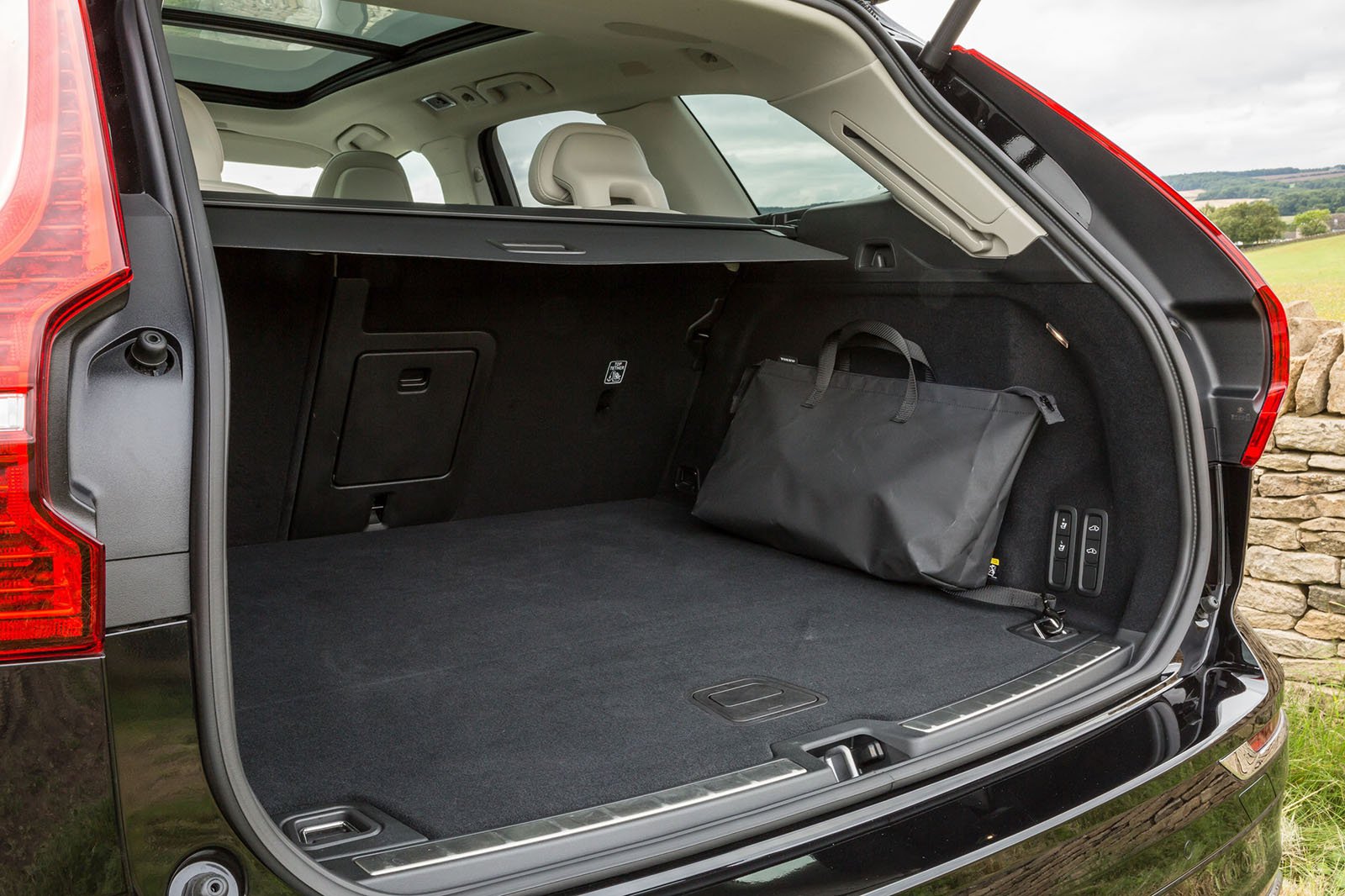 The Volvo XC60 was above average for reliability in the 2020 What Car? Reliability Survey, while Volvo as a brand finished a respectable 16th (out of 31 manufacturers) in the overall league table. The Audi Q5 was reported to be slightly more dependable, the the XC60 suffered fewer faults than the BMW X3 and Land Rover Discovery Sport.

All versions come with a three-year, 60,000-mile warranty as standard, as well as a three-year paintwork warranty and a 12-year warranty for rust. This cover is par for the course in the premium large SUV class.

Thankfully, Volvo hasn't forgotten its safety-first roots; the latest XC60 has some of the most advanced safety features in the class. It was awarded the maximum five stars in its Euro NCAP’s safety test, with a brilliant 98% adult occupant score and 95% for safety assistance. Automatic emergency braking (AEB) is standard on all trims and recognises not only other cars but also cyclists, pedestrians and large animals.

Blind spot monitoring is available as part of a pack that also includes adaptive cruise control, and what Volvo describes as Pilot Assist: a semi-autonomous driving function that can help steer the car along its lane on the motorway, but you still need to keep your hands on the wheel.

As you'd expect in a car costing this much money, every model comes with an alarm and an immobiliser. Security experts Thatcham Research awarded the XC60 the maximum five stars for resisting theft and four stars for its resistance to being broken into.