There’s more leg room up front than you’ll find in the A4 or C-Class. We’re talking a couple of centimetres at the most, but that might be worth having if you’re really leggy. Anyone tall shouldn’t need to worry about the amount of head room, either, and the 3 Series’ interior is generously wide, so there's also room to stretch out sideways.

Storage space is pretty good, with a big glovebox and a useful cubby under the centre armrest. You also get partitioned door bins that help prevent loose items from rolling around.

Compared with its premium-badged peers, the 3 Series has similar rear head room to the A4 but more leg room, and more space all round than the C-Class. The 3 Series is also a better choice for three adults sitting side by side; they’ll have more shoulder room than they would in the A4 or C-Class.

However, this executive class includes whopping great chariots, such as the Skoda Superb and Volkswagen Passat, and the 3 Series can't match those for rear space. So, if rear space is a priority, look at those two instead. 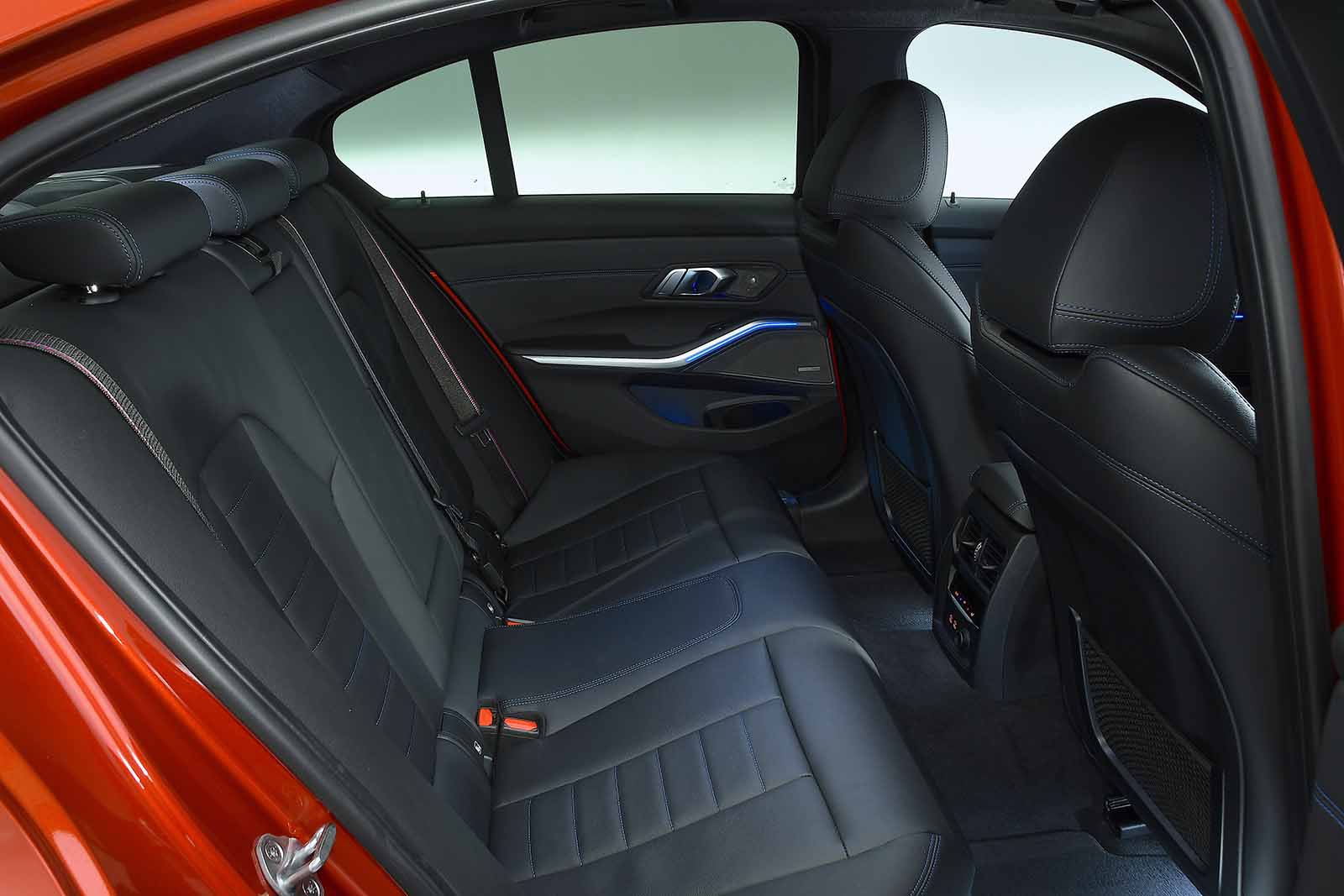 The standard manually adjustable front passenger’s seat doesn’t have adjustable lumbar support, but you can add that and electric front seat adjustment for a reasonable price.

All 3 Series variants come with versatile 40/20/40-split folding rear seatbacks as standard; you can fold these down using handy levers inside the boot.

The 3 Series has a very decent boot by saloon standards. It's slightly bigger than those of the A4 and C-Class, and the load bay is a usefully square shape, making it relatively easy to slide in bulky objects. Should you need more space, as we’ve already mentioned, you can easily fold down the rear seatbacks for a large, flat extended load bay.

And while it’s no estate car (see our 3 Series Touring review if you want one of those), it’ll still manage a set of golf clubs or a few suitcases. If you need an even bigger boot, and are prepared to sacrifice the premium badge, consider the Skoda Superb and Ford Mondeo, which are truly vast.

It's also worth noting that the 330e plug-in hybrid version sacrifices roughly a third of its boot space to accommodate a battery beneath. The space that's left is pretty shallow and smaller than the boot of the plug-in hybrid Volvo S60 Recharge.