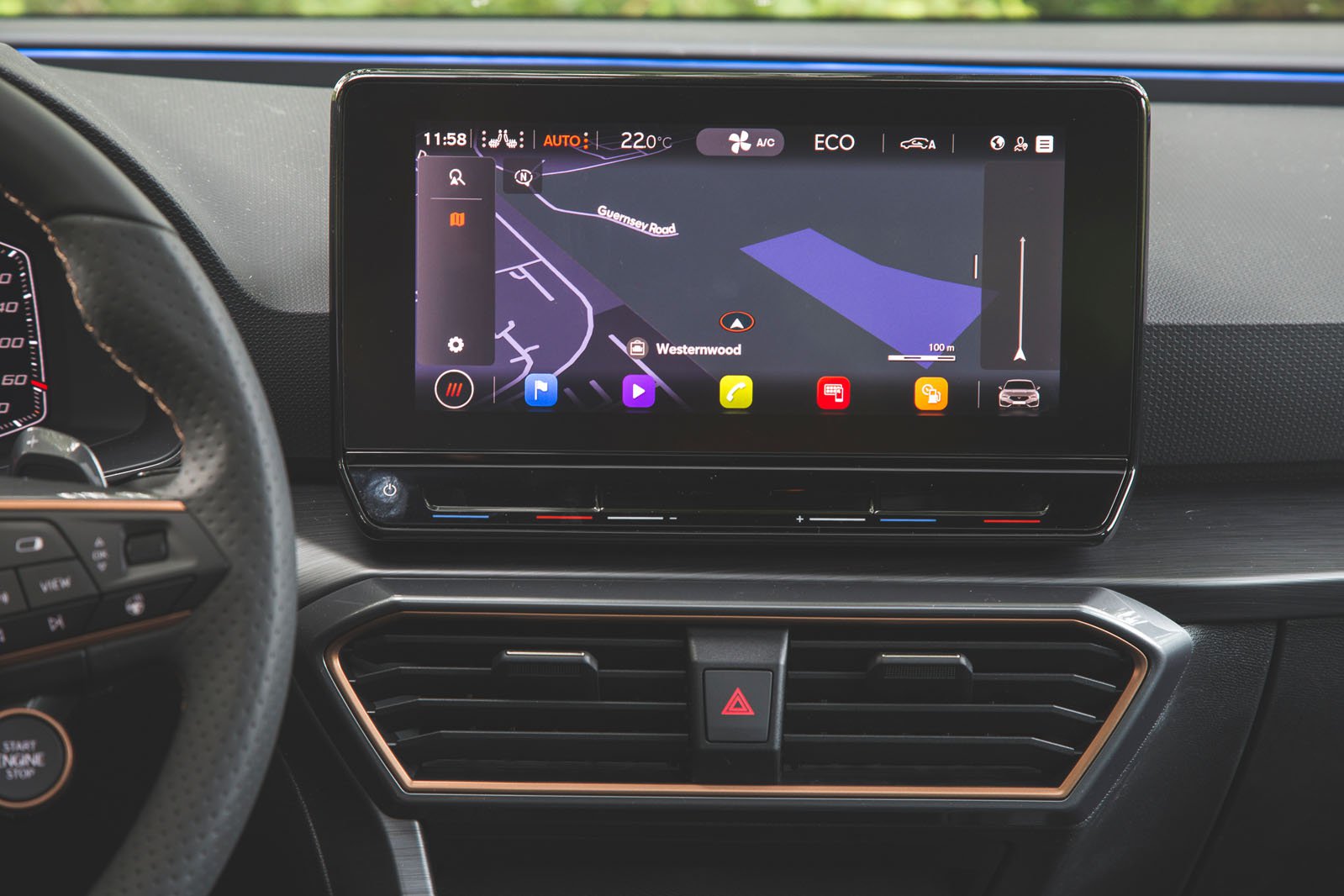 We know very little for sure, and won’t do until Cupra breaks its silence about the specifics of its new Leon. That said, the eHybrid is looking likely to come with quite a premium over the competition (potentially, it’s going to cost more than much better hot hatches, like the Honda Civic Type R), but the less powerful 2.0 TSI 245 should provide an alternative to cheaper family-sized hot hatches, like the Hyundai i30N Performance.

None of the regular petrol-engined models will be particularly cheap to run but should still be competitive against models with similar performance. If you’re a business user then the eHybrid should be the cheapest hot hatchback on sale on benefit-in-kind tax – PHEVs tend to sit in much lower tax bands.

Expect decent levels of equipment and good levels of safety assist systems to prevent you having an accident. Euro NCAP hasn’t crash tested the current Leon, so we don’t know how it will stand up if a crash proves unavoidable, but the Leon’s based on the Golf’s structure and that’s pretty resilient.

Seat’s reliability record (despite Cupra being a separate brand, the cars are effectively the same) is fair to middling. In the 2020 What Car? Reliability survey it finished in 19th position (out of 31), above Renault and Volkswagen but one below Ford, and some way behind Honda and Hyundai.