The Hyundai Tucson’s driver’s seat isn’t as high up as the one in the Volvo XC40 – something to think about if you’re after that lofty SUV driving position. It is supportive through corners and comfortable on long journeys, though, thanks to standard-fit electrically adjustable lumbar support.

If you go for range-topping Ultimate trim, you get a fully electric driver’s seat with memory function. There’s also a superbly placed armrest on top of the centre console and another, matching it, on the driver’s door.

If you tick the box for the optional Tech Pack, you gain a 360-degree camera and a system called a Blind Spot View Monitor (BVM). The BVM system is rather unusual: when you flick the indicator on, a camera feed shows you an image of what’s in your blind spot in the digital instrument display. It's a potentially handy addition, although looking down at the instruments while swapping lanes on the motorway isn’t necessarily advisable, so perhaps some bigger door mirrors would be a better solution. 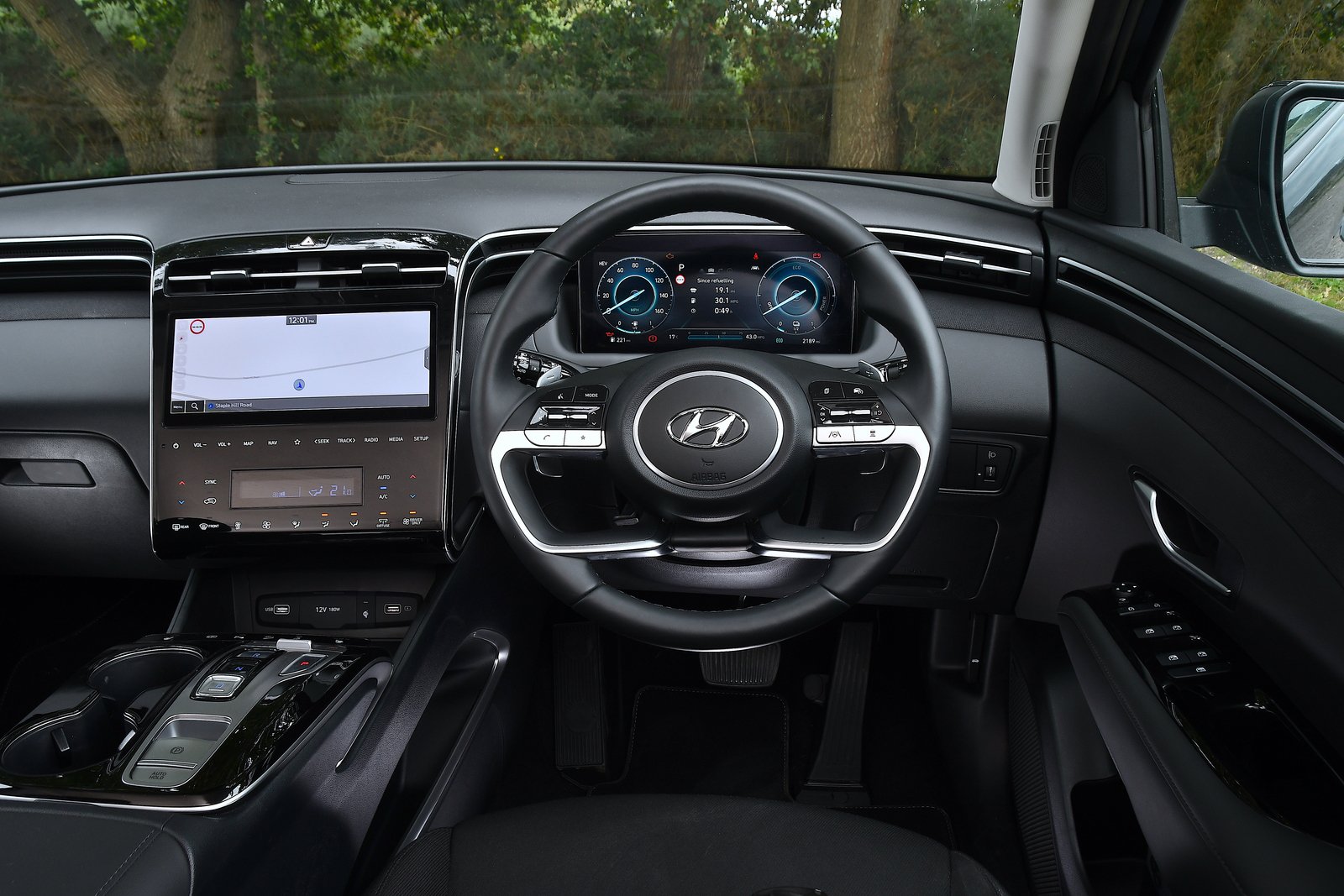 All Tucsons get an infotainment system with a 10.3in touchscreen that’s as crisp as the best flatscreens and has smart graphics. The menus are straightforward and the software is generally more responsive than in the Peugeot 3008 or XC40. There is a little delay on some of the functions, so it’s not as snappy as the best touchscreens, including the ones you get in the Skoda Karoq and Volkswagen Tiguan.