Seat's hottest hot hatch, the Leon Cupra R, has revised underpinnings and more power, but is it the best of its kind?... 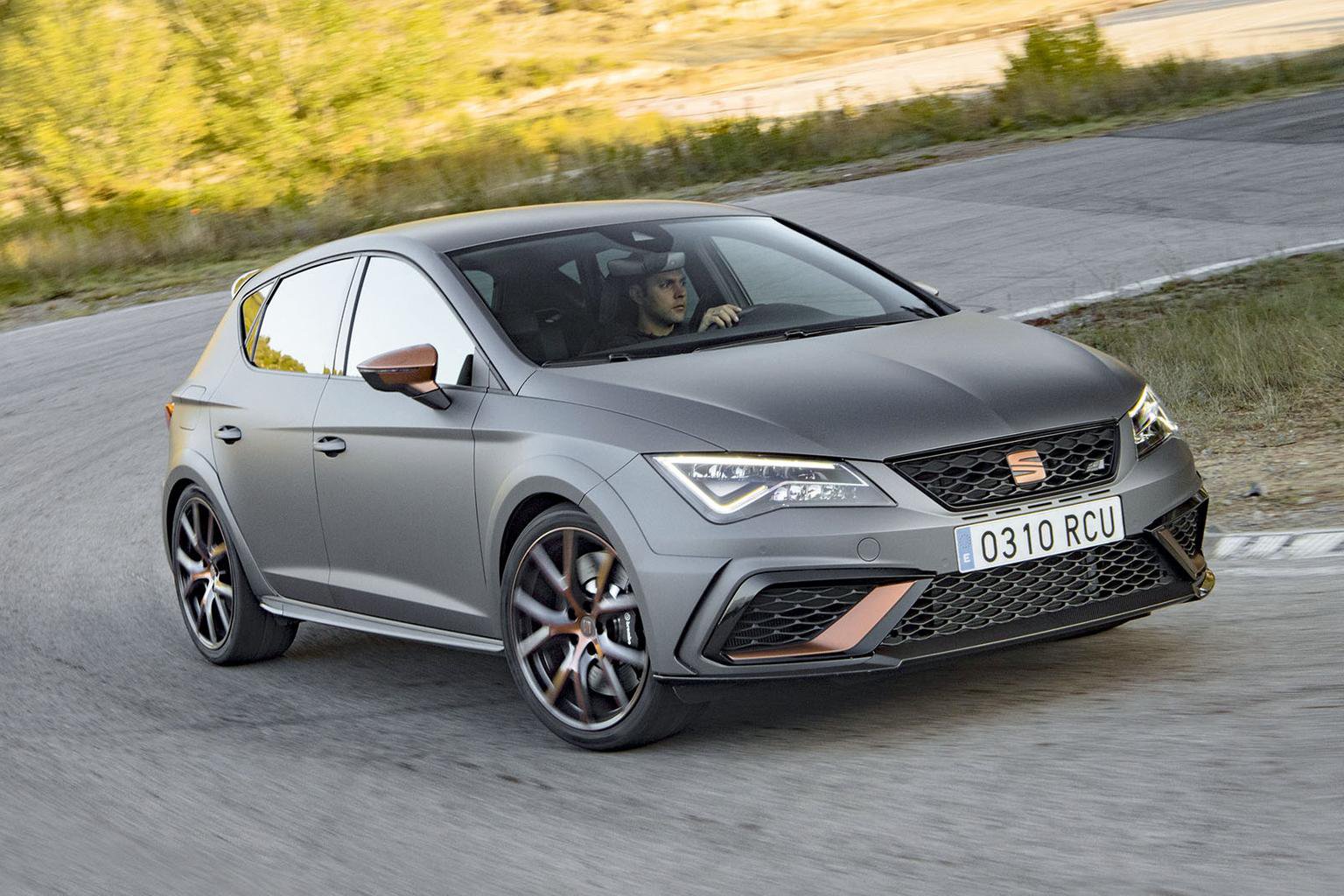 The Seat Leon Cupra has always appealed to us here at What Car?, largely because of the inconspicuous manner in which it delivers properly eye-widening performance. Even the Cupra 300, with its 296bhp 2.0-litre turbo petrol engine, goes about its business of giving more distinguished performance cars a hard time with little to denote its muscle other than a red badge here and a painted brake caliper there. It keeps things pretty, leaving the tricks and flicks to others.

The new Leon Cupra R, however, takes a different approach. As the most potent road-going Seat ever built, it takes what the 300 has and adds wider tracks, aggressively reprofiled bumpers with larger front intakes, flared side skirts, a carbonfibre rear wing with corresponding splitter beneath it, and two fat exhaust tips pilfered from its Volkswagen Group sibling, the Golf GTI. Several features are even picked out in copper paint – including the 19in alloy wheels – and the price tag is less subtle still.

Indeed, perhaps Seat has been wise in allocating to the UK just 24 examples from a production of 799 worldwide, because at £34,955, you’d have to adore the brand to opt for a Cupra R over the £4000 cheaper Honda Civic Type R. Unless, of course, the Spanish car is that much better to drive. 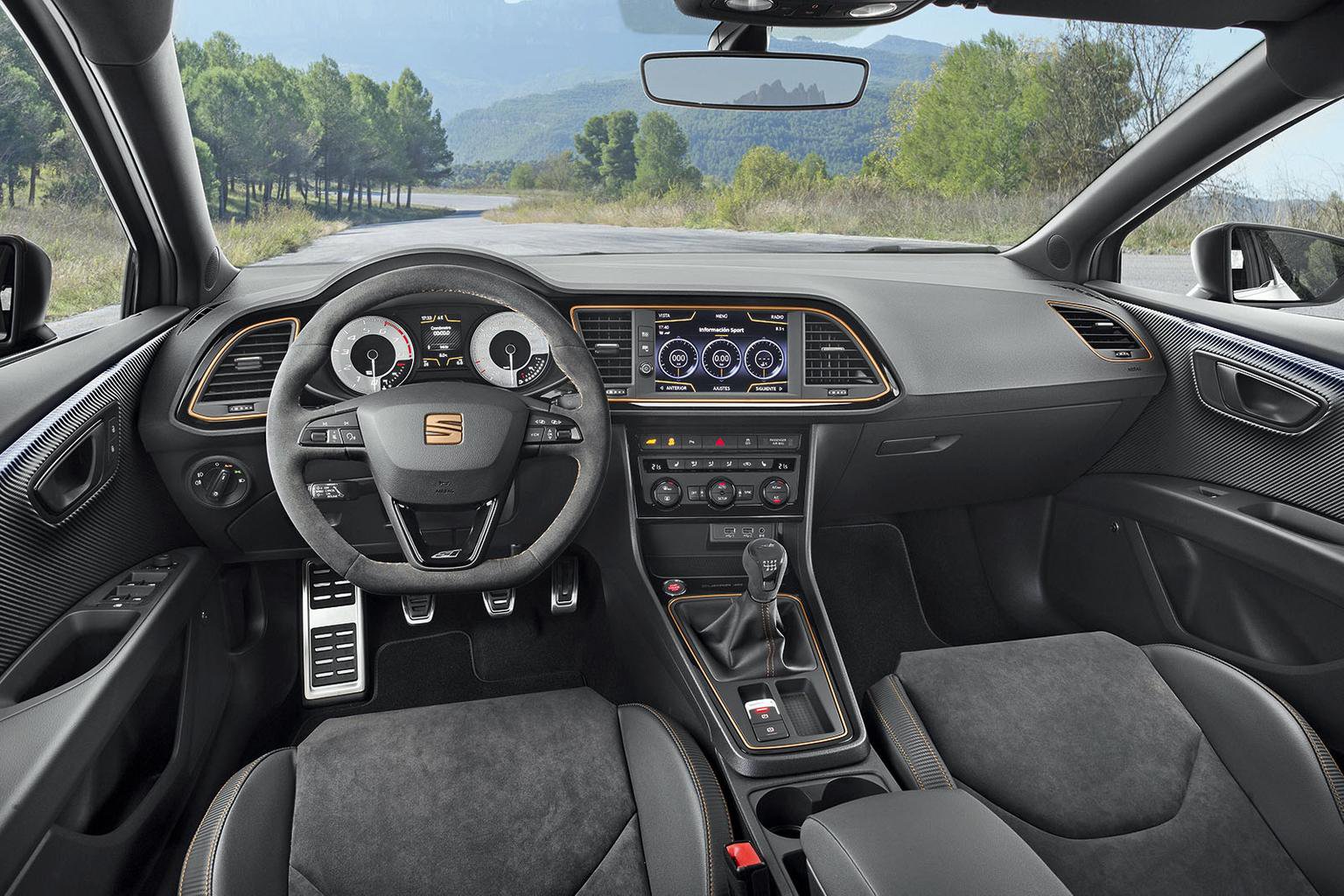 This is essentially the same engine as in the latest Golf GTI Clubsport S, so it’s an absolute firecracker, developing peak pull from just 1800rpm and yet winding round to throw all 306bhp onto the road at a lofty 6500rpm. It’s an effortlessly robust companion for the Cupra R, and the gentle exhaust crackle that comes with a lift of the throttle lends it some much-needed character.

A dual-clutch automatic gearbox is available, but UK-bound cars will all come with a notchy six-speed manual; its throws could be a little tighter. It feeds power to an electronic ‘differential’ – familiar from previous iterations of the Leon Cupra – that sits within the front axle and does a good job of keeping forward motion neat and tidy. This car is not, alas, four-wheel drive, although the cornering grip it can generate thanks to its widened tracks can be genuinely stomach-churning.

The changes to the Leon's underpinnings are not wholly responsible for that grip, though. Our test cars were shod in track-ready Michelin Pilot Sport Cup 2 tyres, which are an £855 option. On smooth, dry roads, they worked to devastating effect, although in the UK you’d be better off sticking with the standard Continental set, which will be far more trustworthy in cold or wet conditions.

While the steering is an improvement over the disconcertingly light set-up in the Cupra 300, the area in which this car excels is undoubtedly its suspension. It rides on Seat’s Dynamic Chassis Control adaptive dampers, which have been retuned but are still adjustable through four modes (which also alter throttle response and the characteristics of the diff). The ride is undeniably firm during normal driving, even in Comfort mode, but at speed the Cupra R absorbs small ripples and larger undulations without hesitation. Of course, British roads, which are generally more poorly surfaced, might prove to be a more severe challenge. 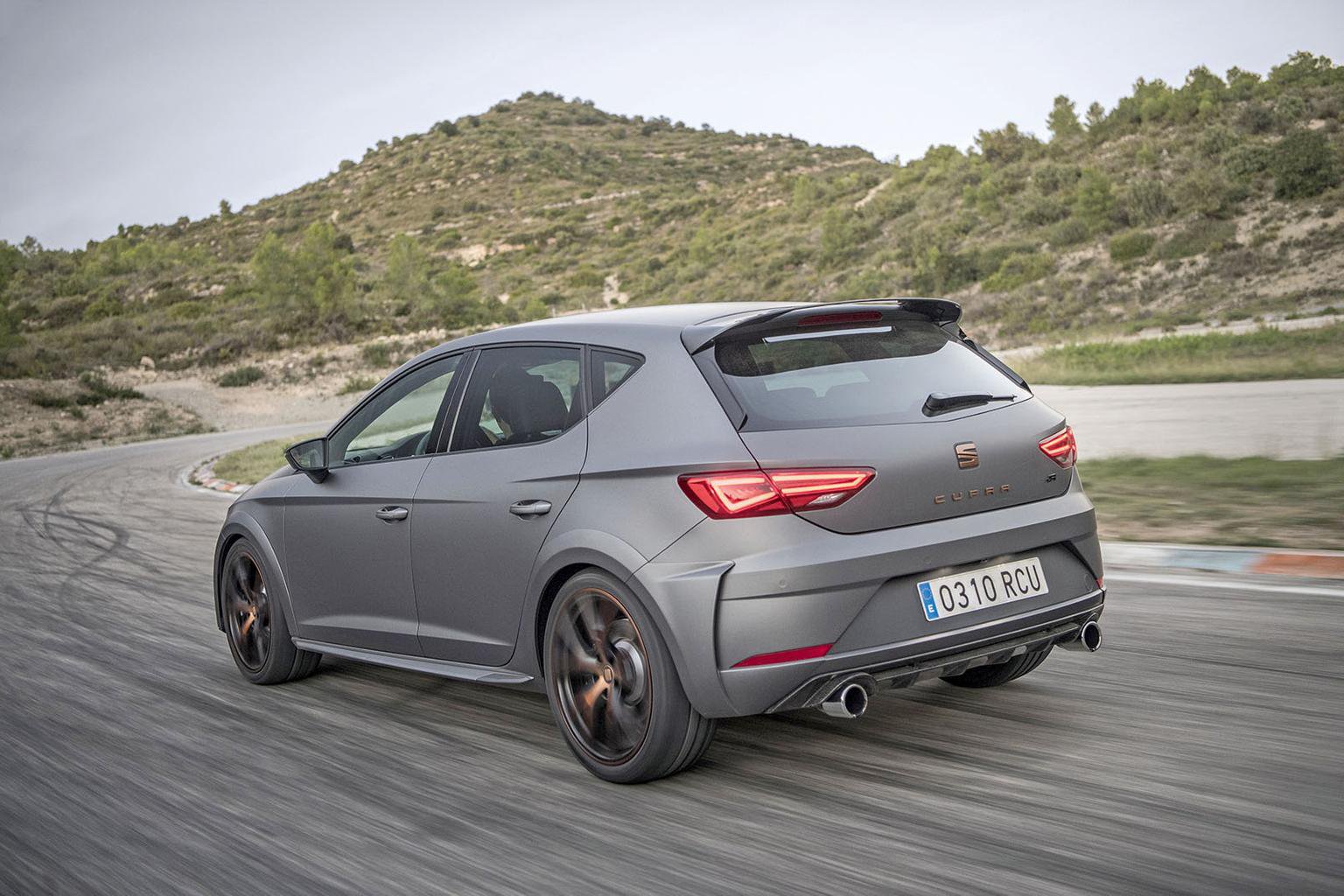 This is arguably the car’s strongest suit, lending some much-needed flair and tactility to the 300's solidly built but austere cabin. Copper detailing pervades, most noticeably on the air vent surrounds, and each car gets an engraved production number on the transmission tunnel.

These are nice touches, but of greater significance is the use of Alcantara trim for the firm steering wheel, gearlever and heavily bolstered seats, which deserve special mention for being far more supportive (if still set a little high) than those in Seat’s earlier hardcore offering, the Nürburgring record-breaking Cupra 280 Sub8.

Seat is also proud of the fact that the Cupra R is quicker than the Sub8 on track yet doesn’t skimp on amenities. That means you get dual-zone climate control, folding door mirrors, keyless entry, parking sensors front and rear, a rear-view camera and a 10-speaker Beats sound system.