With a lower-powered version of the 2.0-litre diesel engine used in the 320d, the BMW 318d promises low running costs combined with decent pace...

The roundness of the earth is a seemingly proven fact that has been questioned rather heavily in recent times. In a similar vein, the 318d is challenging the seemingly inarguable truth that the 320d is all the 3 Series you'll ever need.

It’s certainly easy to see why it has been regarded as the go to choice: it has offered the best blend of running costs, price and performance pretty much since its inception in the late 1990s. We’re guilty of singing its praises, too, because the 3 Series, specifically in 320d form, won our 2019 Executive Car of the Year trophy and is an undisputed five-star car.

However, since the early 2000s, there has also been the 318d lurking in the shadow of its superstar sibling. It has always played second fiddle in performance and value for money, never quite making it onto the radar of many prospective buyers. In this latest generation of 3 Series, the gap between the 318d and 320d is seemingly closer than ever. So, has the minority choice finally beaten the established way? Read on to find out. 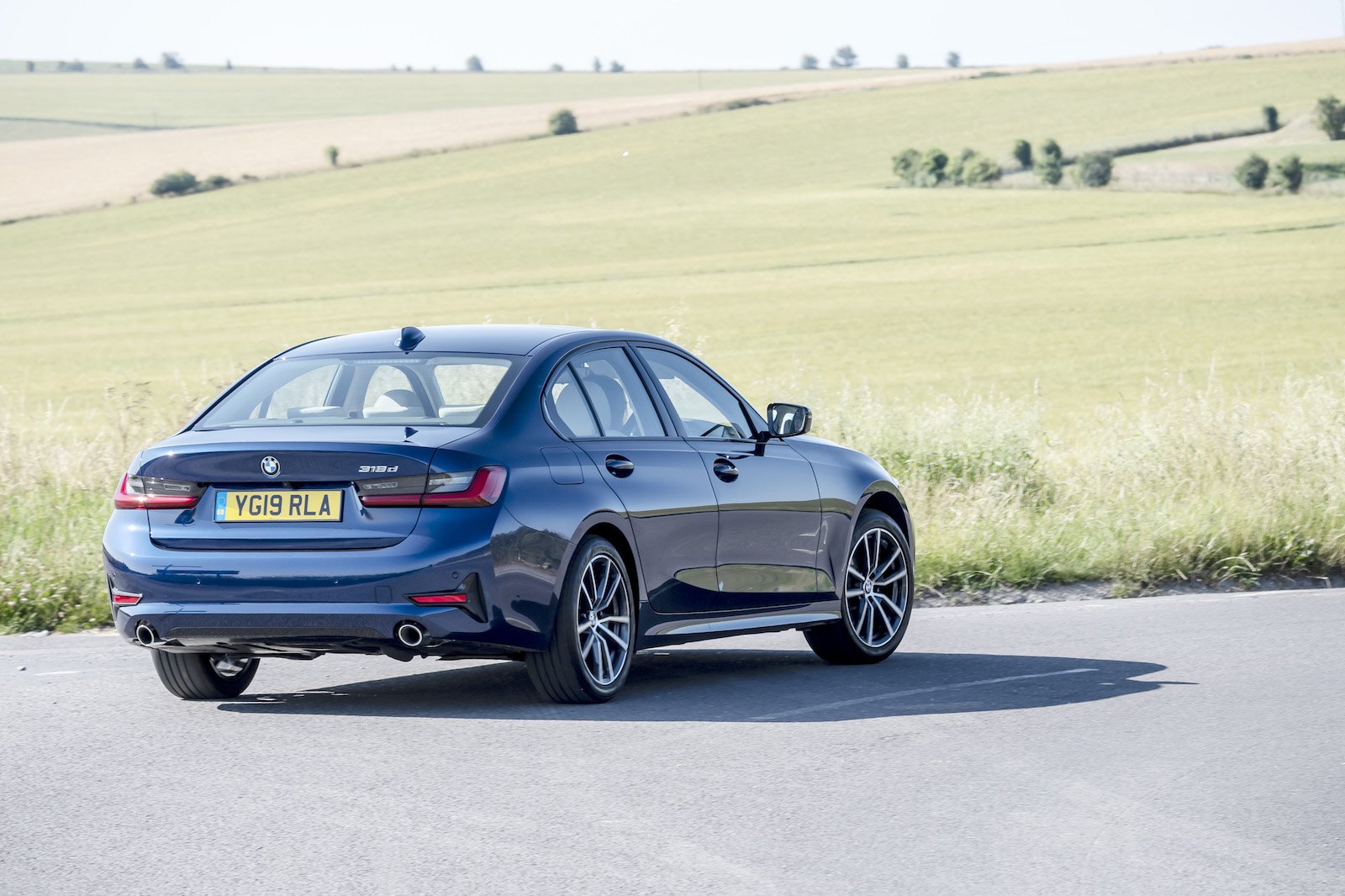 Before we get down to brass tacks, we need to address the small matter of badging. You see, while the bit after the ‘3’ used to suggest the engine size, it now corresponds to where the engine sits in the range hierarchy; a higher number means more expense and more power. So, the 318d actually has the same 2.0-litre engine that’s fitted to the 320d but with less poke.

It makes 148bhp, or 39bhp less. However, that difference is most noticeable at the very top of the rev range, so the 318d won’t feel that much off the pace of the 320d in most situations, even though it’s around a second slower from 0-62mph.

You’ll win more at the pumps, where, according to official figures, the 318d beats the 320d in certain circumstances. With both equipped with a manual gearbox, the 318d averages 58.9mpg to the 320d’s 56.5mpg. The 318d (on the smallest wheels possible) also dips one company car tax bracket below the 320d. However, with self-shifters so popular today, it’s worth noting that with automatic gearboxes bolted to both, the 318d and 320d are pretty much identical on fuel economy and CO2 emissions.

Equipped with the automatic for our test, the 318d feels flexible enough even well below 2000rpm, so you’d never call it slow. Even accelerating to motorway speeds on a short sliproad won’t have you feeling at all worried. There's no reason nor reward for keeping the engine on the boil, since it doesn’t have as much power beyond 4000rpm as that of the 320d.

The 320d is far from unrefined, yet the 318d is smoother and quieter still, even if you do have to drive them back to back to really notice the difference. Wind noise is very well contained, although road roar is more noticeable, and the bigger the wheels, the worse it gets. 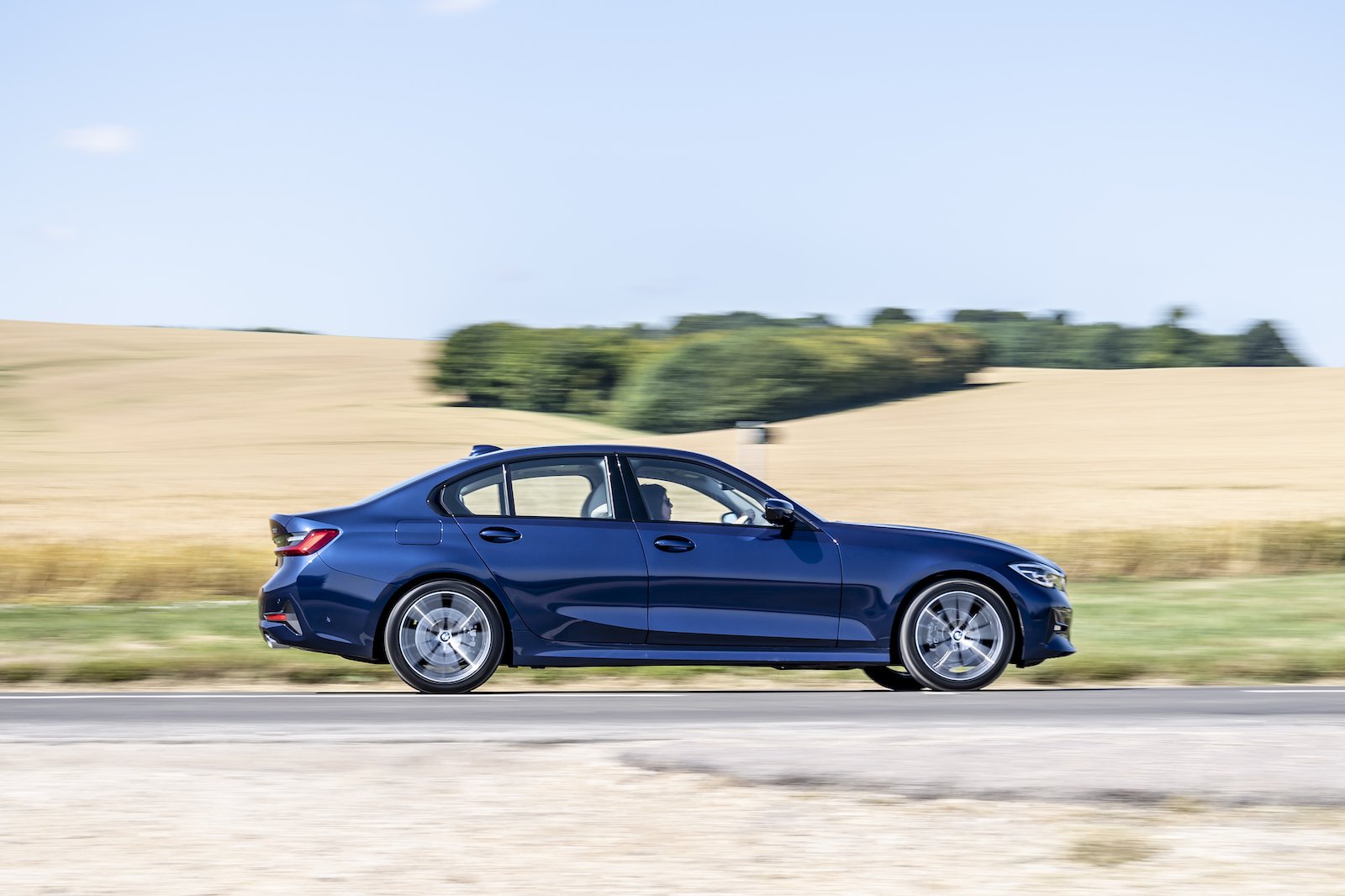 As for comfort, the 318d's ride over bumps largely depends on the suspension setup you select. On the smallest 18in wheels with non-adaptive suspension, it makes short work of patched-up roads and takes the sting out of bumps, although those who want a truly cushioned ride would be better off with the Audi A4.

The stiffer M Sport suspension, meanwhile, keeps body roll tightly in check and boosts agility at the expense of a little comfort. M Adaptive is worth considering, too, because it allows you to flick between comfort and sportiness, although it's a little pricey.

Even without the performance of a powerful engine, the 3 Series is still our favourite executive saloon to drive. Its steering is a delight, with weight that builds up progressively and precision that makes the car easy to place on the road.

You won’t exactly be racing hot hatches with 148bhp, but there's a pleasing fluidity to the body movements of the 318d that allows you to get into a rhythm on a twisty road, making the drive very enjoyable as a result. Grip is strong, and it feels well balanced and keen to dive into bends. Just remember that the Jaguar XE and Alfa Romeo Giulia run it close. 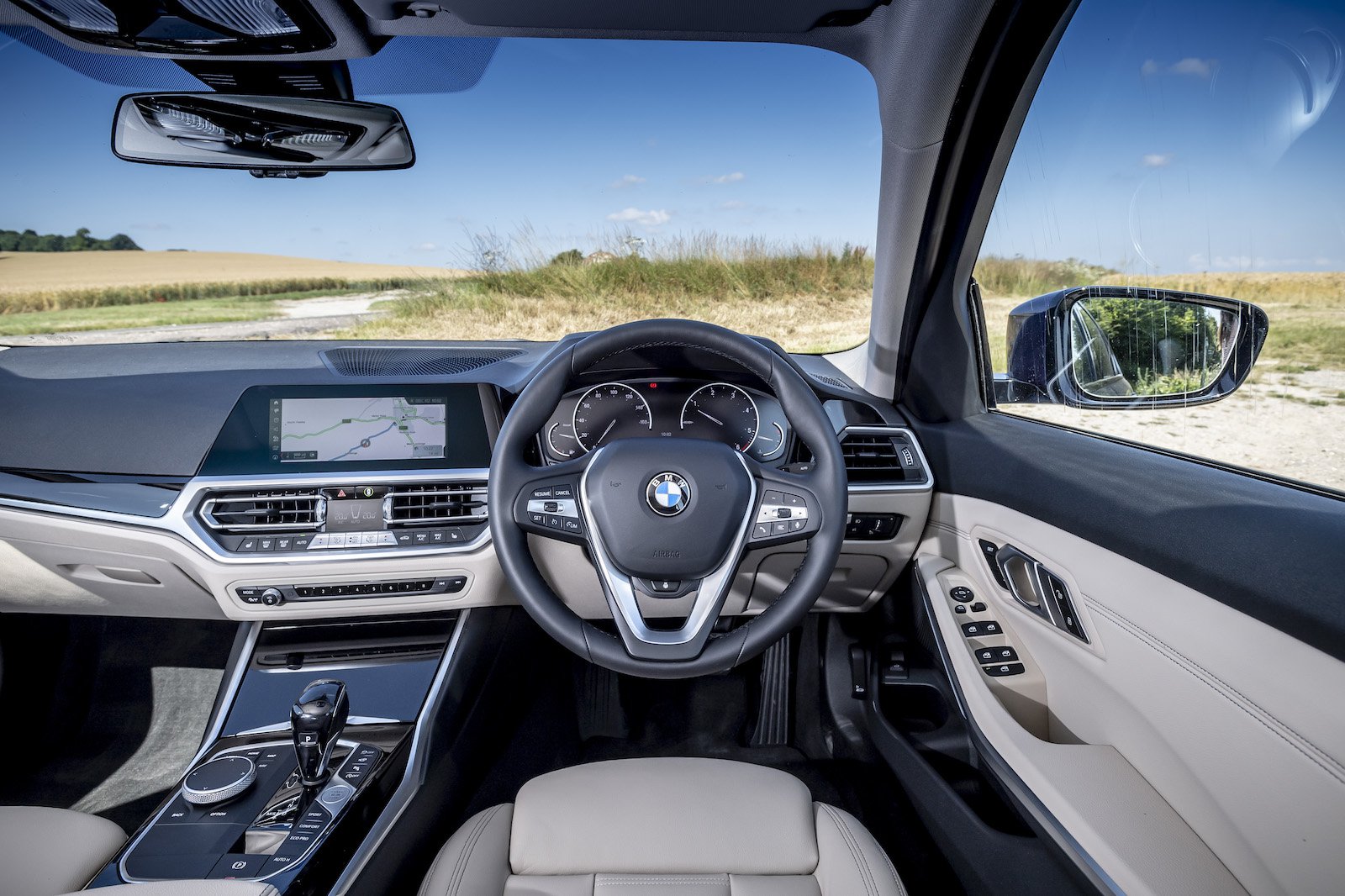 Inside, you’ll find an attractive interior that’s suitably plush for the 318d’s executive clientele. It may be a tiny step behind the A4 for sheer quality, but what’s guaranteed in the 3 Series is a near-perfect driving position, thanks to a wide range of steering wheel and seat adjustment. Add to that our favourite infotainment system, BMW’s intuitive, rotary dial-controlled iDrive, and it’s easy to see why we rate the 3 Series so highly.

As for passenger and boot space, the 3 Series is a roomy car compared with its rivals. There’s more leg room than in the A4 and it's bigger all-round than the Mercedes-Benz C-Class. It’s a fairly similar story with the boot, where the 3 Series, A4 and C-Class are pretty evenly matched in terms of capacity but the 3 Series edges ahead for usability. Just remember that the Skoda Superb is far larger and cheaper to boot.

Should you want a little more information on space, practicality, the infotainment system or anything else, don’t forget to read our full BMW 3 Series review. Or to see how much you could save on a 3 Series without any haggling, check out our New Car Buying service.