With a new six-cylinder diesel engine under the bonnet, the BMW 330d promises pace with palatable running costs...

Picking an engine for your executive saloon used to be a simple process. If you just wanted the car to move about a bit, you went for a four-cylinder petrol; if you wanted economy, you bought a diesel; and if you wanted to go quickly, you went for the six-cylinder option. Easy.

But 20 years ago, the BMW 330d was introduced. Although the German firm had built plenty of smooth straight-six diesels before, this was the first time you could really call it quick. Even so, it still had far better economy than similarly punchy petrols.

Since then, six-cylinder motors have slowly been disappearing from the 3 Series range. Indeed, ignoring models breathed upon by BMW’s M division, this is the only six-cylinder 3 Series in the regular range.

However, even with the current anti-diesel backlash, BMW is still committed to the 330d. Under the bonnet is an engine that’s new to the 3 Series range: a 3.0-litre single-turbo six that’s shared with the larger 5 Series. Its 261bhp might sound a little modest, but as you’ll see, there’s more to it than that. 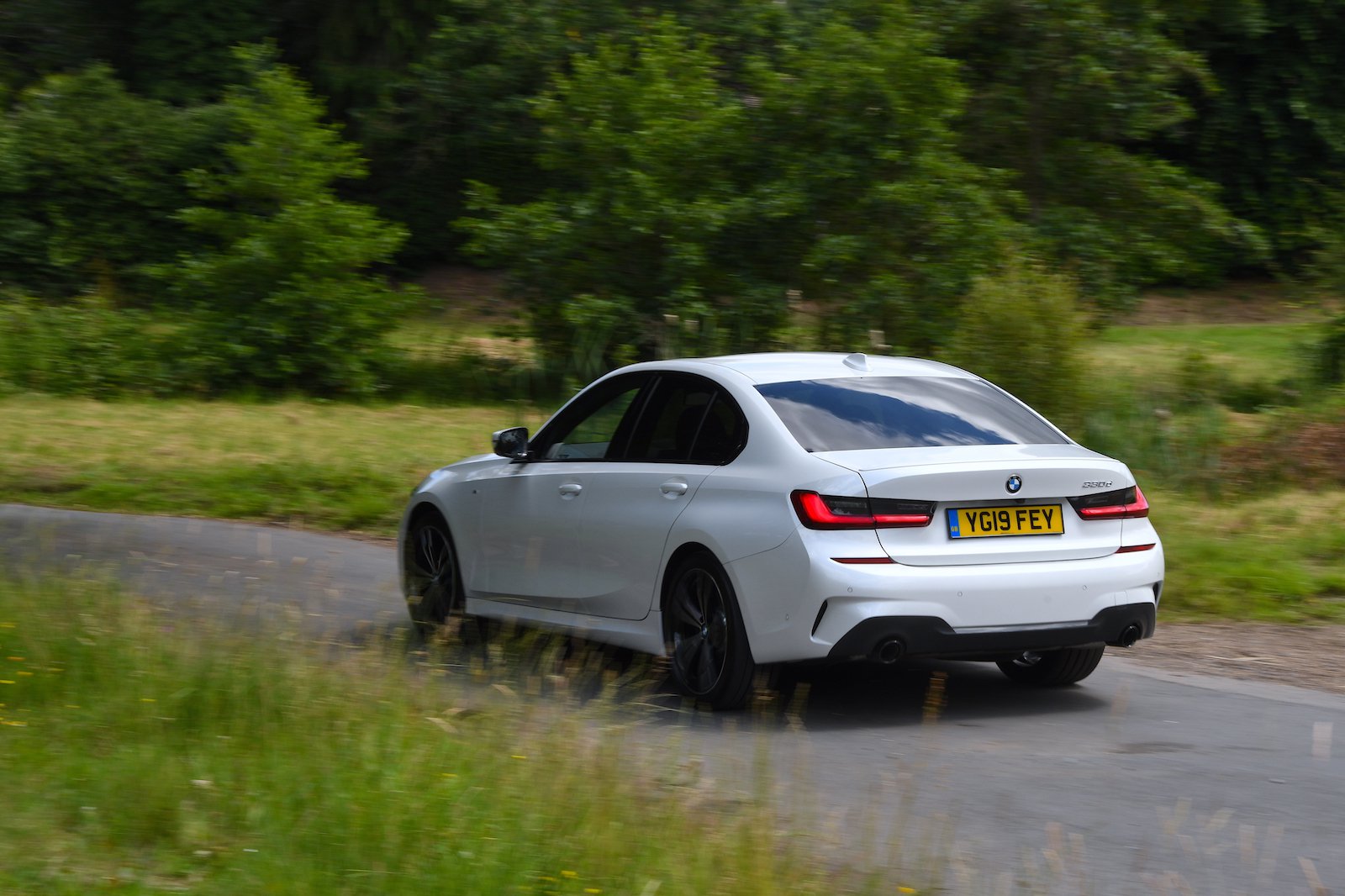 Start the 330d up, especially from cold, and there’s no doubt that you’re in a diesel, due to a slight clatter. However, this is less intrusive than you’d find a four-cylinder 320d and there are fewer vibrations filtering through the seat, steering wheel and pedals.

Once warm, the engine is virtually inaudible at a cruise and the noise you’ll get when accelerating is more smooth six than diesel din. Helping keep things hushed is an automatic gearbox that’s keen to get into as high a ratio as possible as quickly as possible. Drive gently and it’ll change up before you’ve even hit 2000rpm.

Now, that might be a problem if it were a seven-stone weakling, but this is an engine that ripples with muscle. Where the 320d has a fairly typical 295lb ft of torque, the stuff that makes an engine feel flexible at low revs, the 330d has a monstrous 428lb ft, the same as an Audi R8.

And with that figure available from less than 2000rpm, performance is the very definition of effortless. Even the slightest squeeze of the accelerator has you surging forwards, while flat out it’ll get from 0-62mph in 5.5sec, or 5.1sec if you’ve opted for xDrive four-wheel drive. Even better, unlike so many modern autos, there’s virtually no hesitation when you pull away or ask for a sudden surge of speed on the move.

If you’re worried the 330d’s extra urge will cause the chassis to sweat, have no fear. Our M Sport test car did without four-wheel drive, yet you could still use an awful lot of that power coming out of tight bends. Switch off the electronic helpers and it remains controllable and an awful lot of fun. Body lean is minimal and grip exceedingly strong, too. All in all, it bodes very well for future M versions of the 3 Series.

The extra mass of the six-cylinder engine doesn’t seem to have upset the steering or ride, either. You still know exactly how much grip the front tyres have and how much twirling you need to get it around a corner: not much, because the steering is fairly quick. Sure, a Jaguar XE is slightly more communicative, but the margins are slim.

As for the ride, it's on the firm side – not helped by the optional 19in wheels of our test car – but it is beautifully controlled. Hit a bump and there’s no waiting for the suspension to deal with the after-effects; it just absorbs the worst of the shock and then moves on to the next imperfection. That means the ride never annoys or feels particularly violent; it just remains consistent. Just remember that an Audi A4 is a little bit softer, should comfort be your priority.

Our test car had optional adaptive dampers, which allow you to stiffen and soften the suspension – a box we’d definitely tick, especially if you’re opting for big wheels. 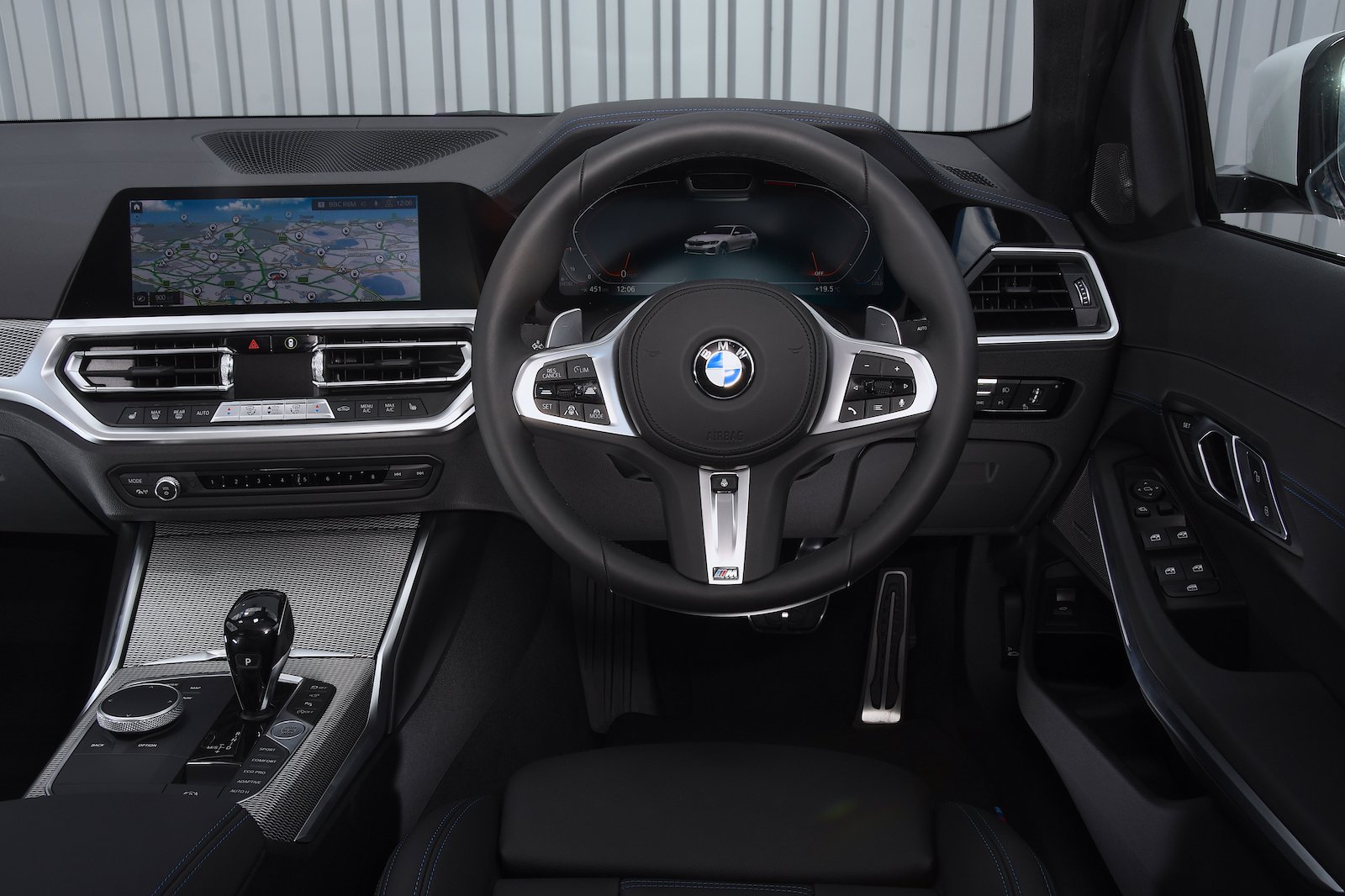 Inside, it's business as usual for the 3 Series. That means it feels well built, if slightly less plush than the Audi A4’s, and there's plenty of room for adults. It has more space in the rear than the Audi A4 and Mercedes C-Class, although it can’t beat the gigantic Skoda Superb.

And while more and more manufacturers are moving towards fiddly touchscreen infotainment systems, it’s reassuring to see BMW sticking with its rotary dial-controlled iDrive system. It's not only easier to use but also safer.

Should you want more detail on the inside of the BMW 3 Series, make sure you have a good read of our main review. Or to see how much you could save on a 3 Series without any haggling, check out our New Car Buying service.