The new BMW M4 CS (or Competition Sport) sits between the regular M4 and the hardcore GTS. But is it the sweet spot in the M4 sports coupé range or just plain compromised?...

The BMW M3 CS from the early 2000s was a sports coupé that borrowed many of the go-faster bits from the hardcore M3 CSL that preceded it, but was easier to live with and more affordable. The result was one of the best performance cars of the era, and this new BMW M4 CS is designed to recapture that winning formula.

Arriving around a year after the track-focused M4 GTS, it will be in production for the thick end of two years and is officially not a limited-production car; BMW says it will simply make as many as it can within the two-year lifespan.

Perhaps most interesting of all, though, is the fact that the M4 CS is the start of something new from BMW's M performance division. Insiders say that there will be CS variants of all future M models, and in light of that, BMW certainly wouldn’t want this first car in the new era to disappoint.

The CS uses the lightweight carbonfibre-reinforced bonnet and rear diffuser of the GTS, while adding its own front and rear spoilers, and retaining the carbon roof of the regular M4 Coupé.

Also, instead of the GTS’s mind-bogglingly complicated and manually adjustable suspension, the CS uses a retuned version of the Competiton Package set-up available on the regular M4, combined with new alloy wheels. 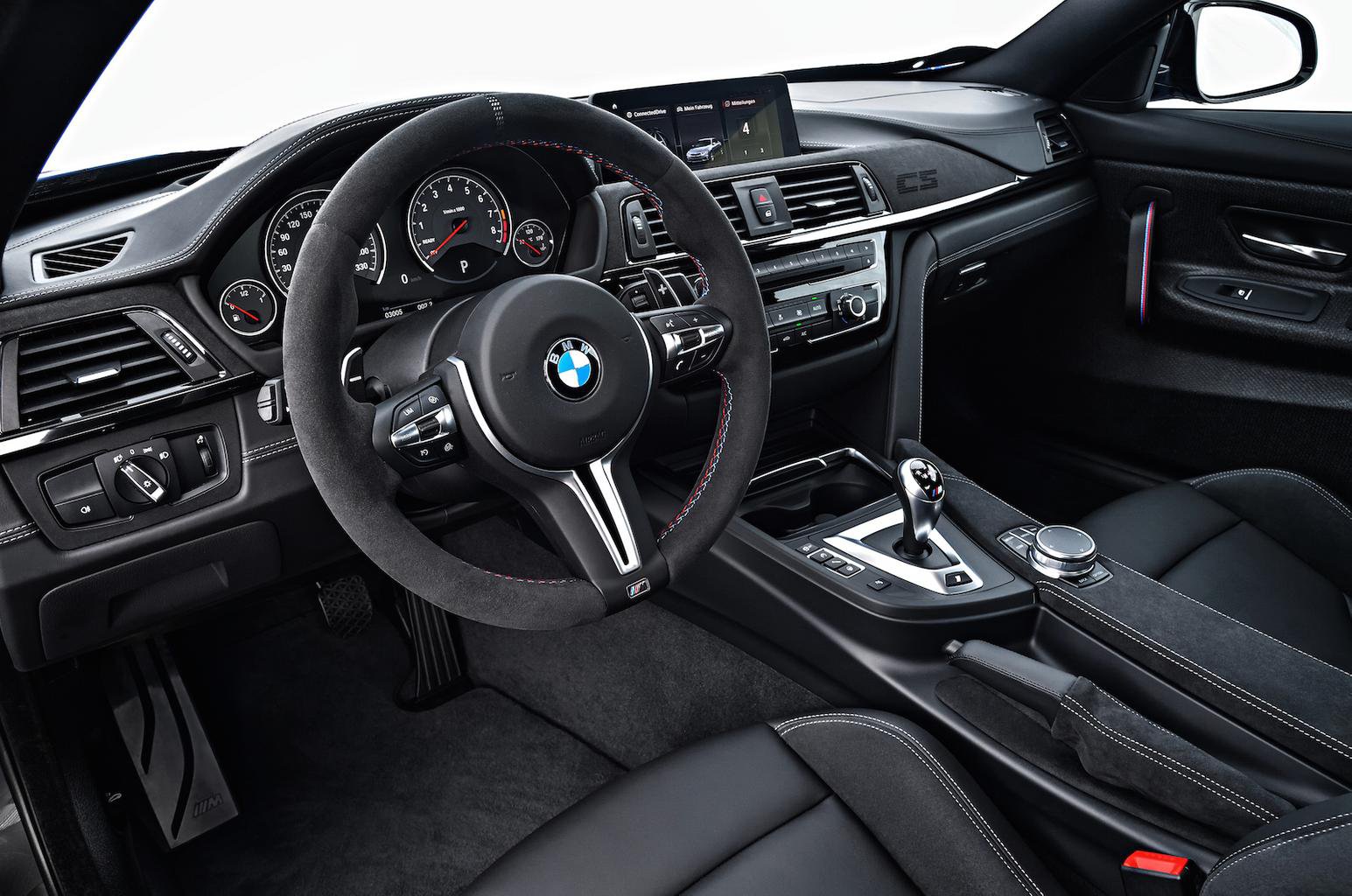 The upshot is that the new M4 CS goes only some of the way towards matching the weight saving of the GTS. It is 35kg lighter than an M4 Competition (the equivalent of removing a large dog from the back seats) whereas the GTS enjoys about twice that advantage.

That’s only half the picture, though. The M4 CS’s engine offers a sizeable improvement over the M4 Competition's when it comes to real-world performance, mostly by matching the peak torque of the GTS – 442lb ft – without the need for that car's high-maintenance water injection system.

Peak power has also been increased to 454bhp (from the 444bhp of the the M4 Competition). And while that still leave the CS down on the likes of the Mercedes-AMG C63 S Coupé and Alfa Romeo Giulia Quadrifoglio saloon, its lower weight and stickier tyres help it post the same 3.9sec 0-62mph time as these cars, and leave it just 0.1sec behind the M4 GTS.

BMW gave us only a couple of hours in the new CS, on fairly busy roads, but it was still clear that it's a more composed and precise handling car than a normal M4, but also one that's very much at home away from the track in the way that the GTS simply isn't.

Our back-to-back drive with an M4 Competition revealed that the CS turns in even more instantly and keeps its body flatter during hard cornering, while suffering less float over undulations and coping just as well with really testing lumps and bumps.

The CS also feels much stronger through the middle of its rev range, which is probably where the standard M4 most needed attention, because it was beginning to feel a touch weedy compared with the very quickest of its rivals. There’s now quite a lot more acceleration on tap where you really need it as you power away from corners and along slip roads.

Unlike the GTS, the new CS doesn't bin the rear seats of the regular M4 or have race-style carbon buckets up front. Instead, you sit in comfortable yet thickly bolstered sports seats, which are almost identical to those you get with the M4 Competition Package aside from a change to the upholstery theme and manual rather than electric adjustment.

The lightweight door skins and the centre console immediately bring the GTS to mind, conjuring a performance purpose for the interior that the Alcantara suede trim for the fascia, transmission tunnel, roof and door consoles echo. 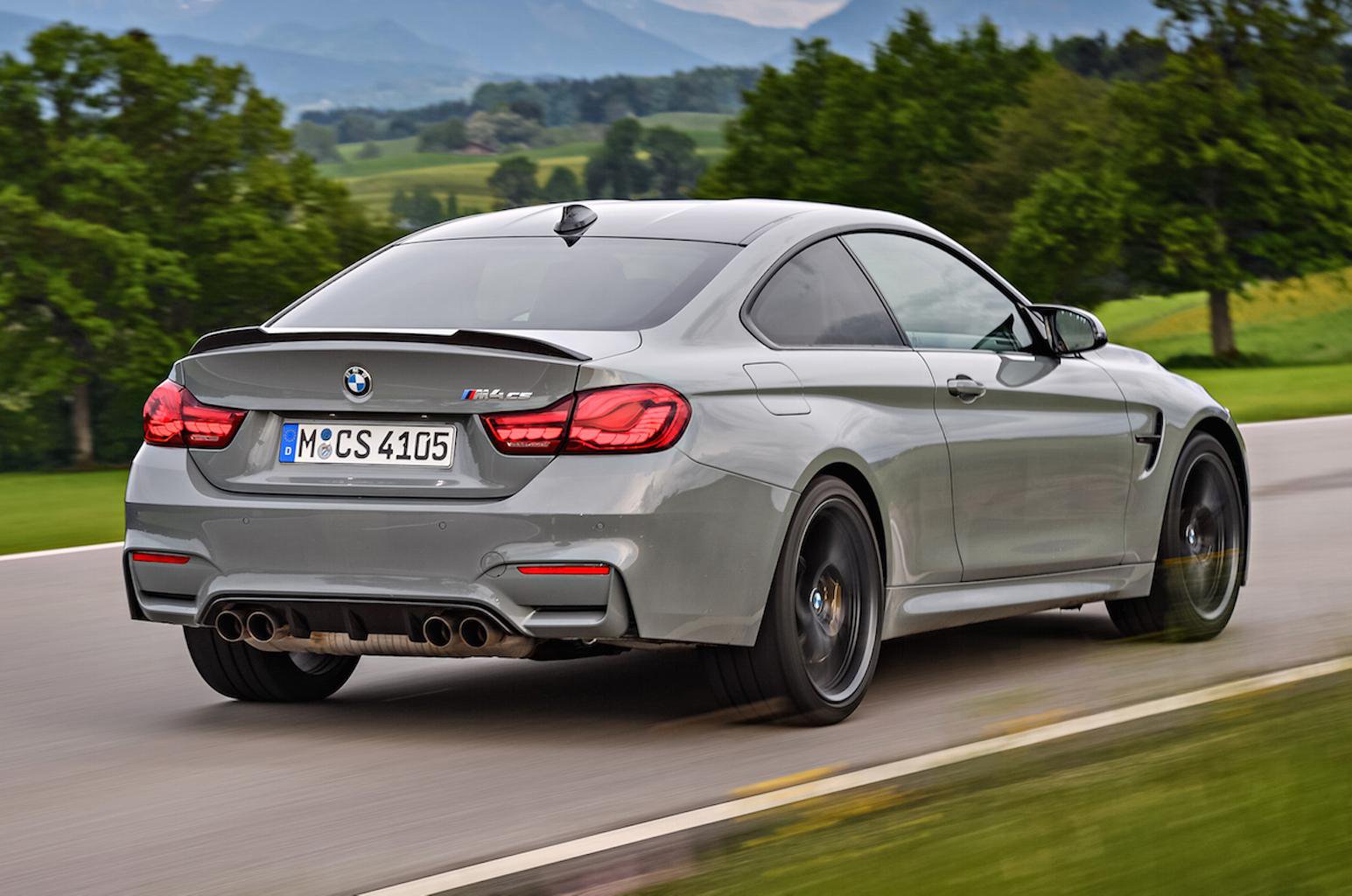 This is a car you’d happily drive every day, that has the convenience features you'd expect of a modern German performance machine, but that’s deliciously light on the luxury trimmings.

Stereo aside, it’s also much better to listen to than a ‘normal’ M4. The car’s quad exhaust system is the same as the one on the M4 Competition but, shorn of some sound deadening and with a redline extended to 7600rpm, the CS sounds much more gritty and real than a standard M4. Not as angry as the titanium-piped GTS, granted; not even close. But the improvement in the appeal of the car’s noise is plain.

And it helps no end that those lightweight door skins remove the stereo system’s door speakers that might otherwise broadcast the ‘engine sound modulation’ that sounds so false in the normal M4. You still get some electronic augmentation of the engine sound but, at low and medium revs and under load, the perfectly synthesized digital warble of a normal M4 is replaced by a much more detailed, spikey and authentic engine rumble.